Our Tesco delivery arrived promptly this morning...10 Min's early it transpired.  I got a call at 8.55 from a pleasant lady at  Tesco saying the driver couldn't find me.
"He's not due for another 5 minutes and I am here waiting for him." I said.  The lady from Tesco then rang the driver and I waved him down as his delivery waggon came hurtling back towards me.  A very nice chap, he loaded the crates on to his trolley and trundled it down the towpath to the boat.  Service with a smile, thank you Tesco.
So with larder and fridge full we pulled pins and moved off to service Yarwood before taking our leave of Thrupp. 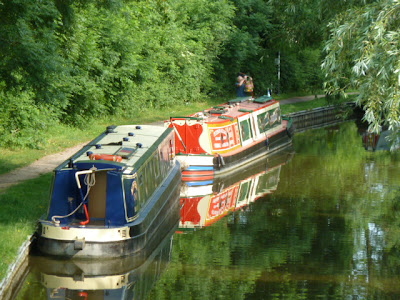 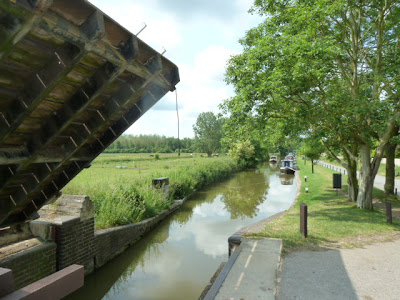 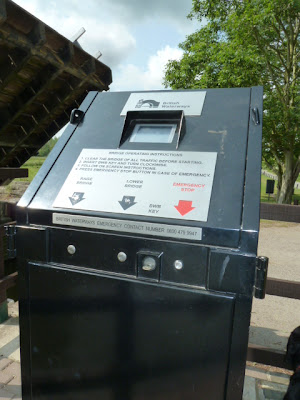 The control box for the hydraulically powered lift bridge, so much better than the usual four foot of chain that hang on to drop the lift bridges.. 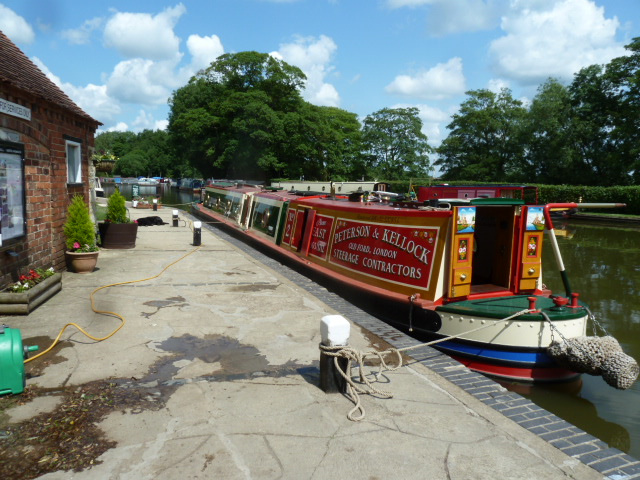 Thrupp service point.  These services, managed by the Thrupp Cruising Club, must be the best in the system - floral displays everywhere, immaculately clean and  a book exchange.  I dropped off a number of hardback books that we had been carrying around for ages as well as some DVDs.
While we were servicing the boat we got talking to a three of men that were setting off to inspect railway bridges along this stretch of canal.  They had a sort of floating pontoon with scaffold on top and an inflatable with outboard to push the contraption about.  Prior to using this pontoon arrangement Network Rail used  to employ teams of abseiler's to do the inspections.  The team leader told us that every year he went to the Antartic with Bob Swan, the first chap that walked to both polar caps. We had a very interesting chat about climate change with someone who knew what he was about. 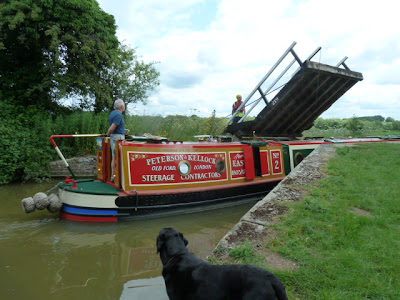 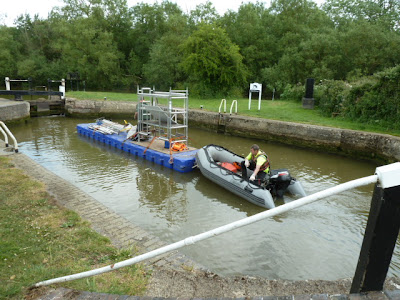 The inspection rig, going into Shipton Weir lock ahead of Yarwood 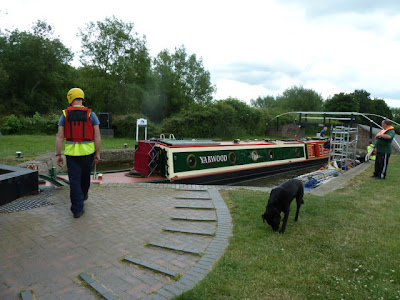 In the lock together 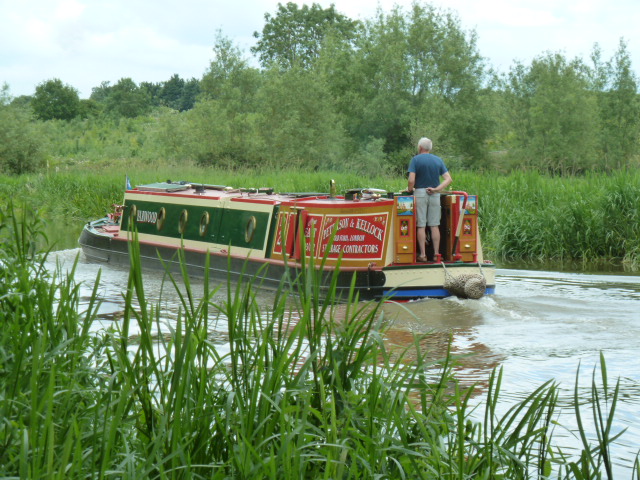 He's off again...a bit of R. Cherwell and he is up to five miles an hour 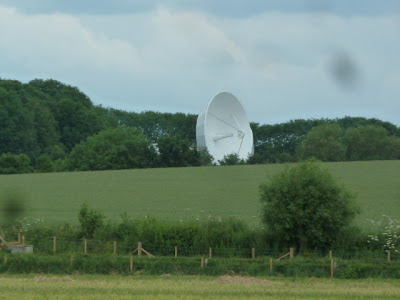 On the brow of a hill overlooking the Cherwell...who is that listening to? 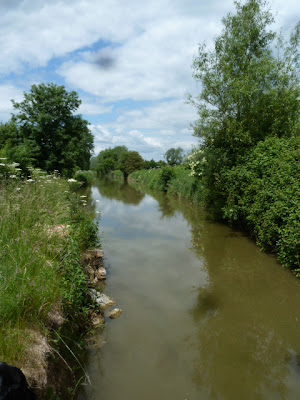 Pigeon lock, the last of the day for us 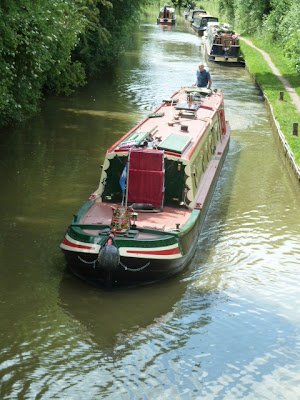 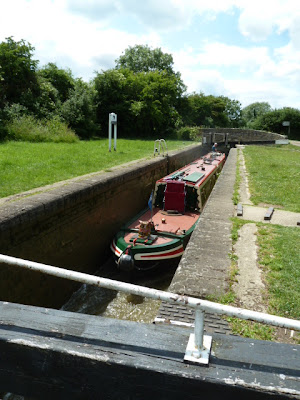 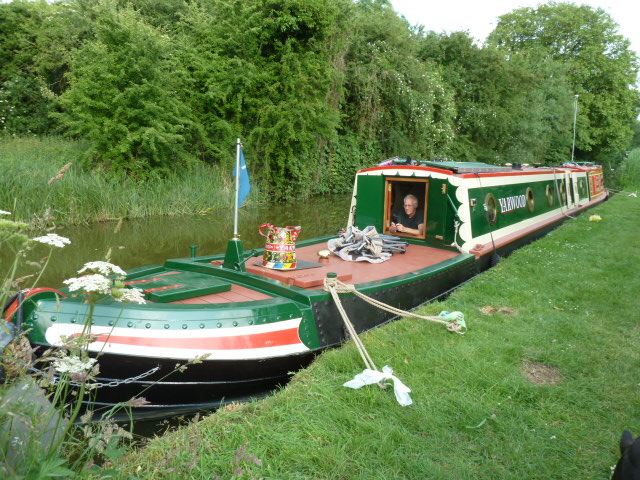 Moored up in splendid isolation at Nethercote

As the weather is apparently set fair we are going to stay here for a few days and get some painting done.  Another coat of raddle red for the cabin top and deck and repaint job on the bow flare.