Having excelled ourselves on Wednesday and finding ourselves at the top of the Tardebigge lock flight rather than sitting at the bottom as envisaged we took an executive decision and had a day off on Thursday
Well I was more off than Joe, I slept much of the day, as did the two dogs, Joe changed the oil in the main engine and gave the engine room a clean; clever, industrious boy.
So this morning we prepared ourselves to move off, service the boat prior to the Tardebigge tunnel and give one side a wash down as it was covered in dust from the towpath surface.  I stayed on the boat through the tunnel whizzing the vacuum around and changing the bedding over between the washing machine and the tumble dryer.  As soon as we got through the tunnel and a suitable bridge hole presented itself Joe pulled over and myself and the dogs disembarked. 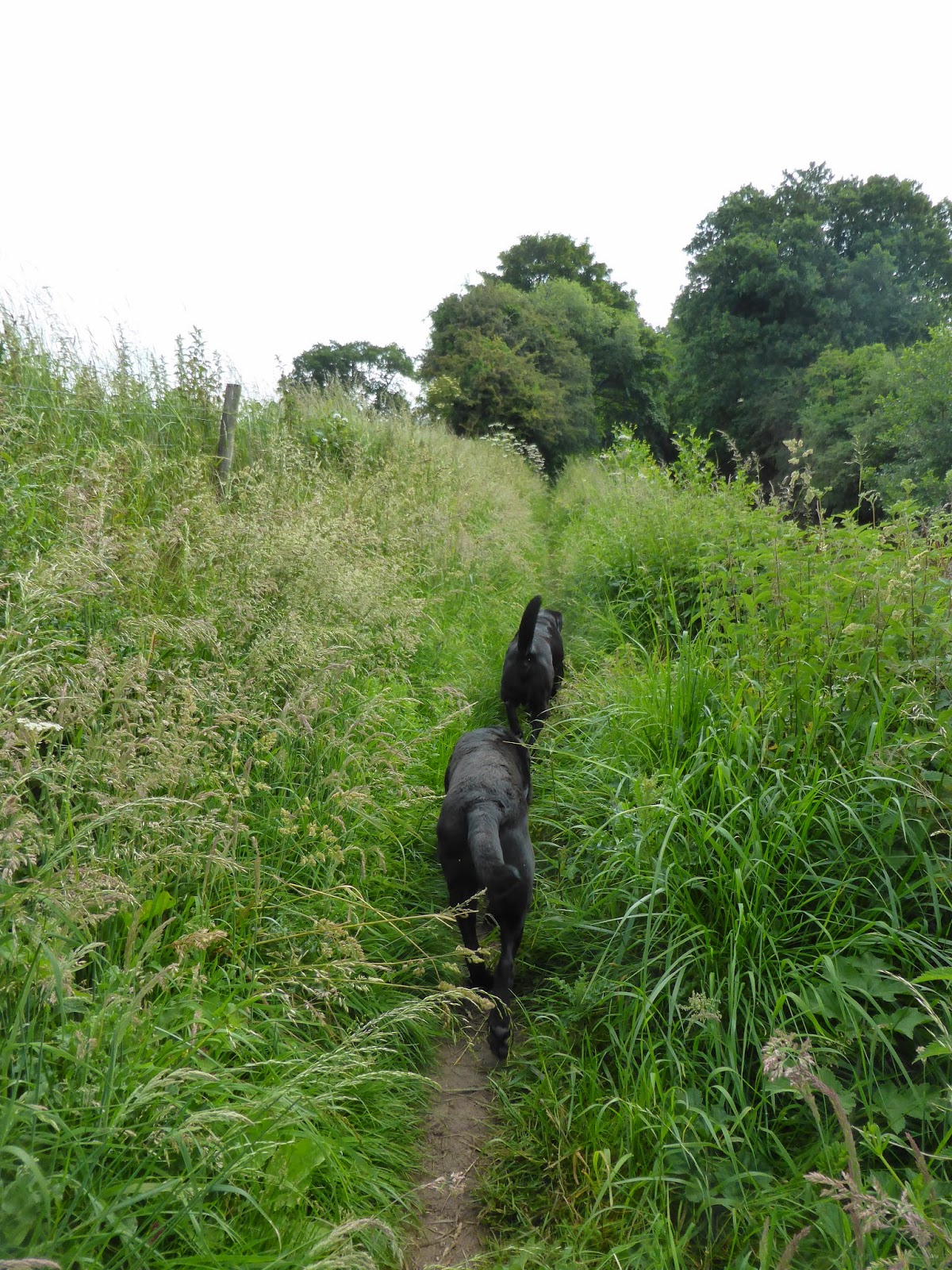 The towpath is in there somewhere...
C&RT have really let things slip with veg control this year the Shroppie and the Staffs and Worcs have been awful even on designated moorings the grass and nettles have been left uncut. 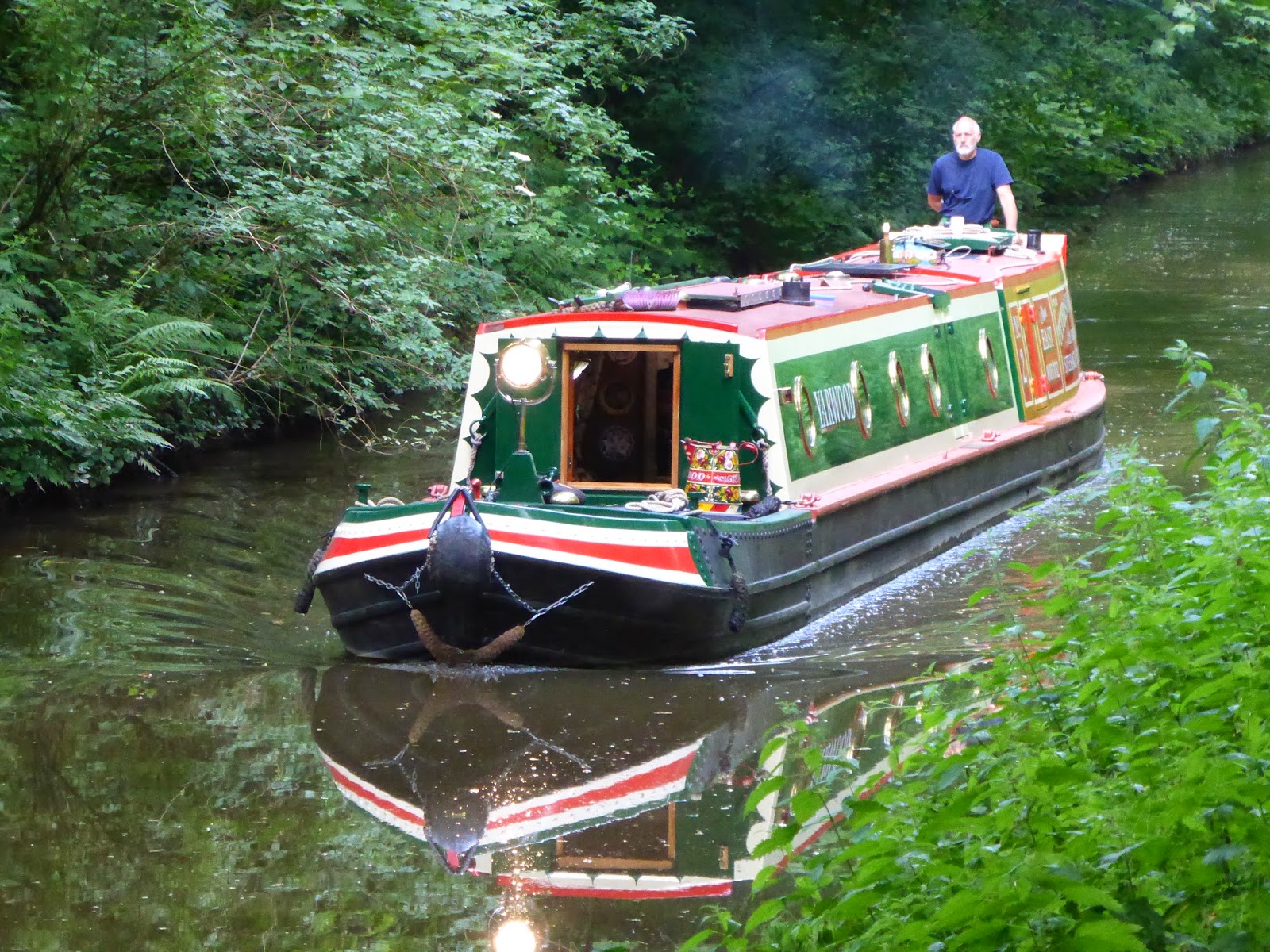 Joe is just approaching Smallwood tunnel and the dogs and I are going up over the top. 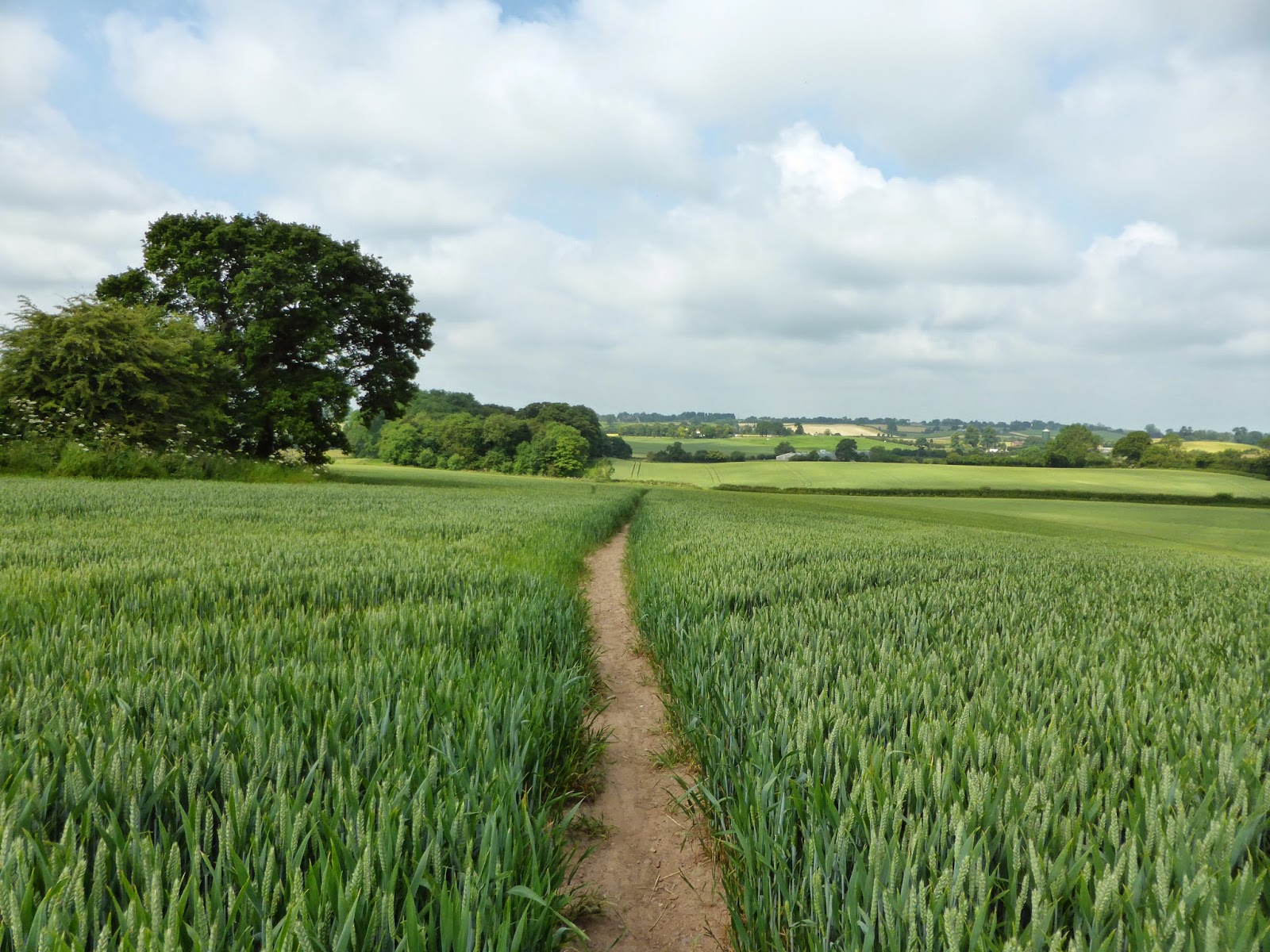 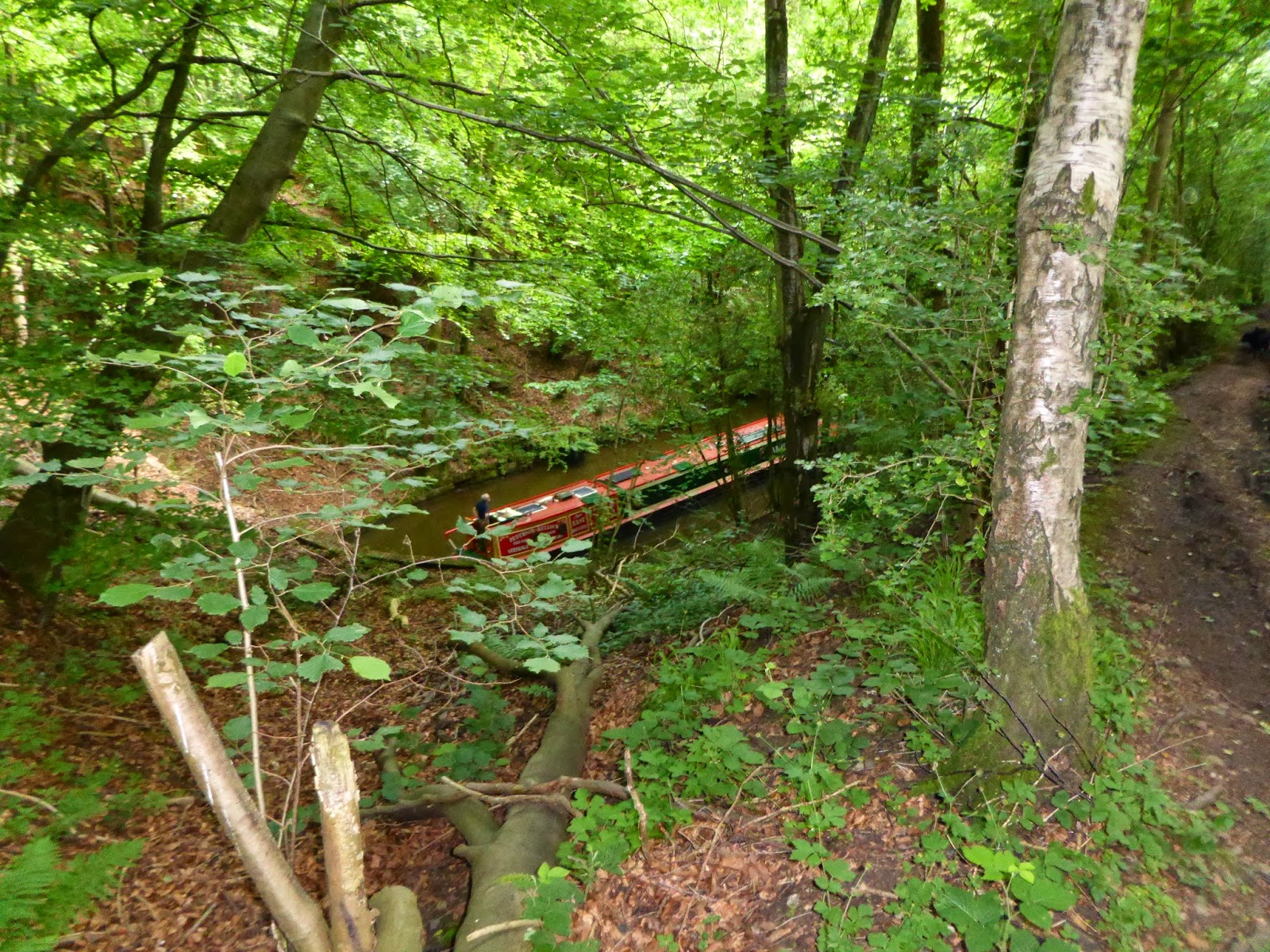 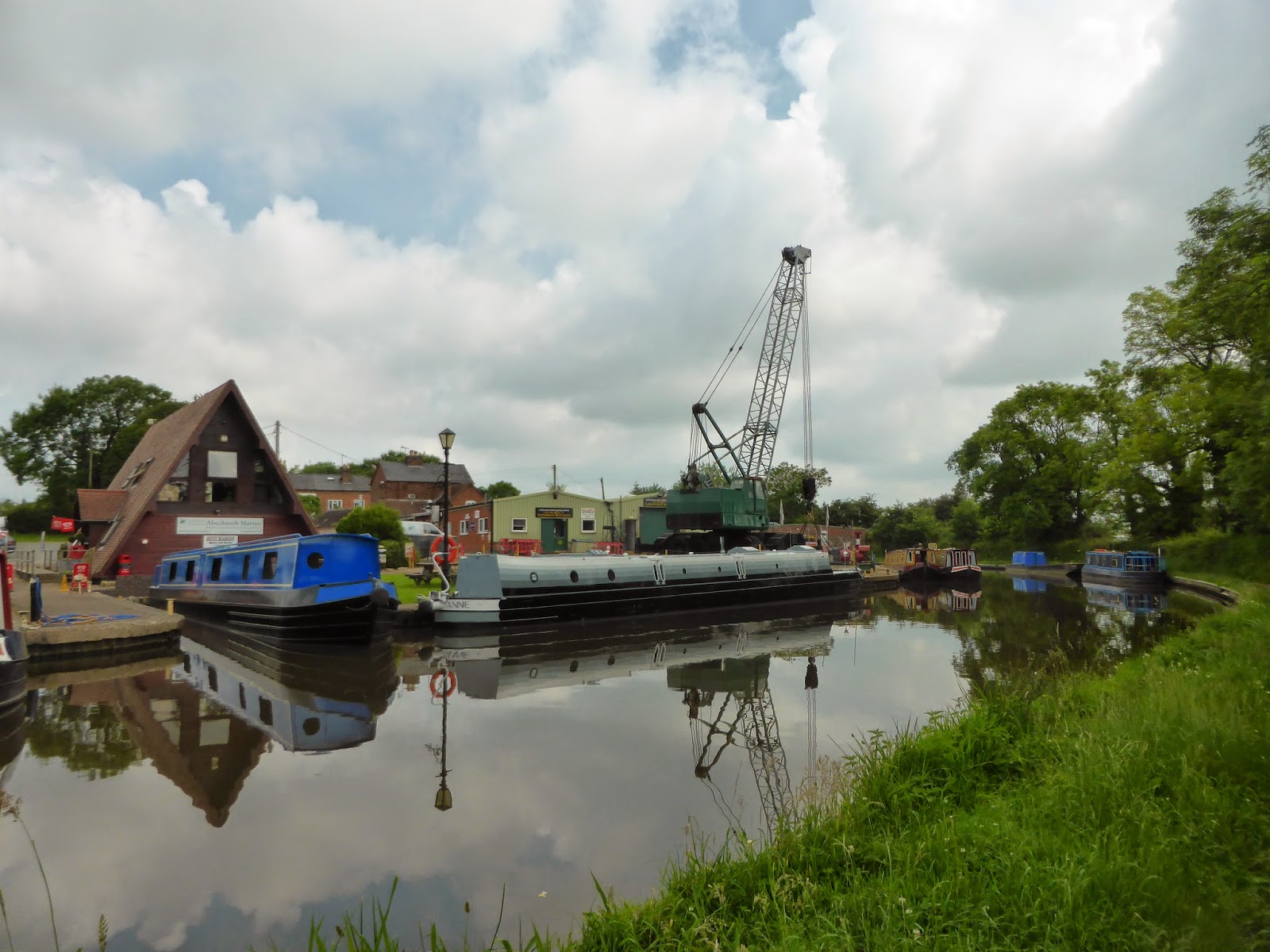 Alvechurch Marina.  This is where Yarwood was launched two and a half years ago 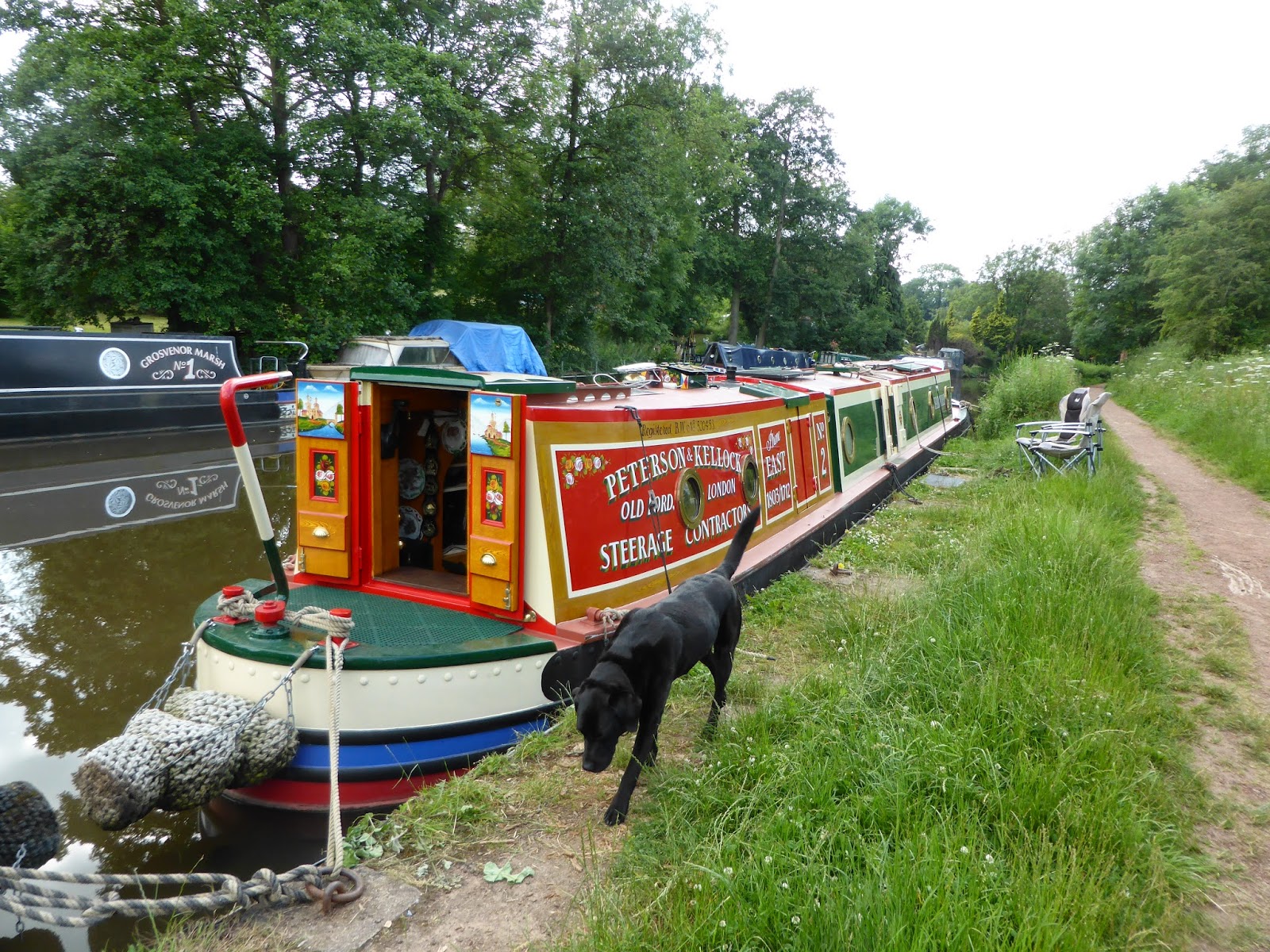 We managed to secure half a mooring at the end of a line of boats and the boat we buttoned up to kindly moved forward enough for us to get our side doors operational...the bow is sitting in the reeds but that will do nicely.   We will stay here for the weekend now and we are thinking of hopping on a train into Birmingham in the morning, I need to replace my Kindle as it is becoming somewhat erratic and keeps losing my page plus another pair of shorts would be useful and the Birmingham food market is beckoning me...
Posted by Nb Yarwood at 17:39