We pulled pins at 8.30 on Thursday morning, another fine day as far as the weather was concerned but a hard days locking in front of us.  We pass the Saltisford Arm where we had visited Jo and Keith the previous day and head up to the two Cape Locks. 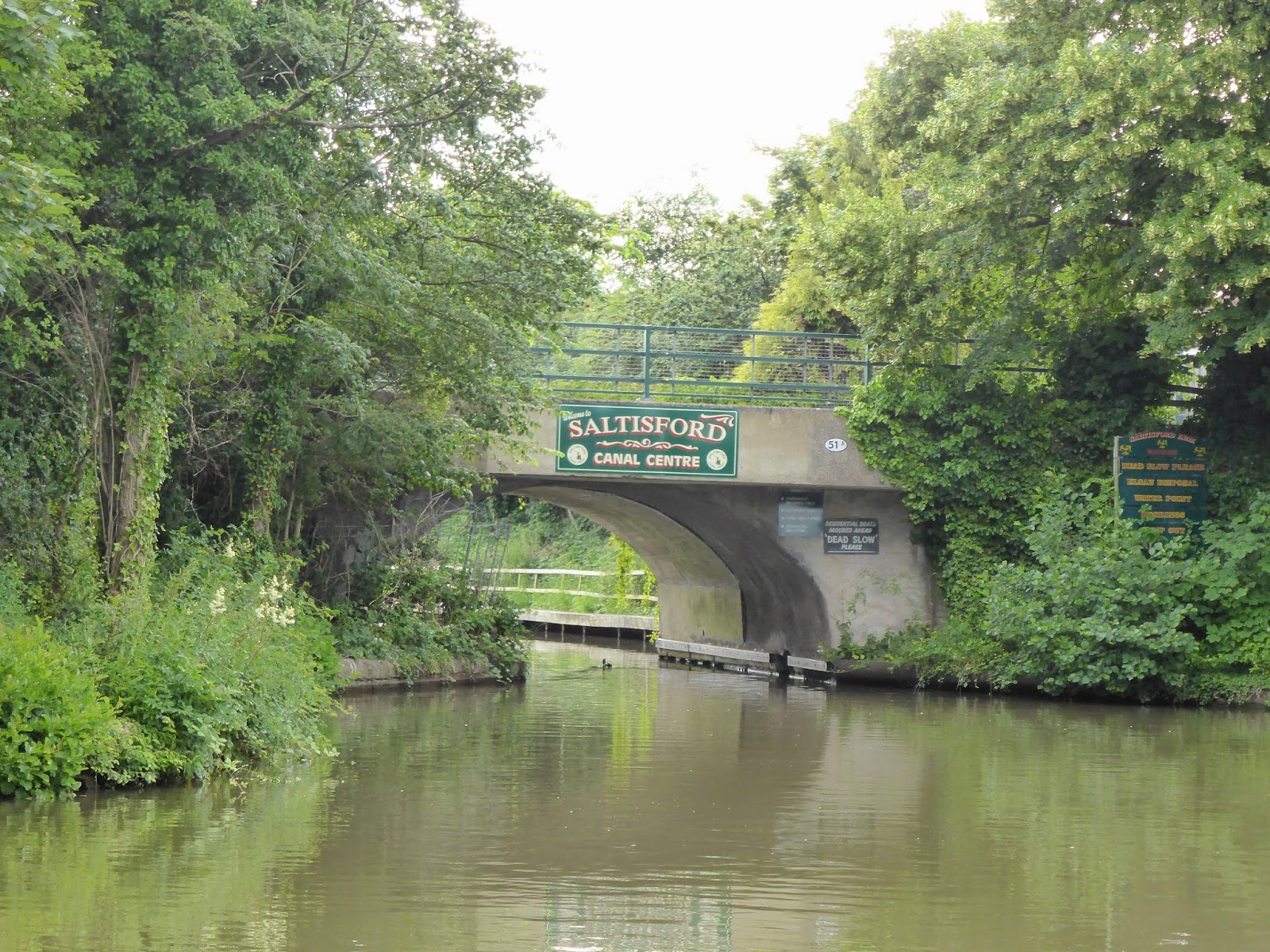 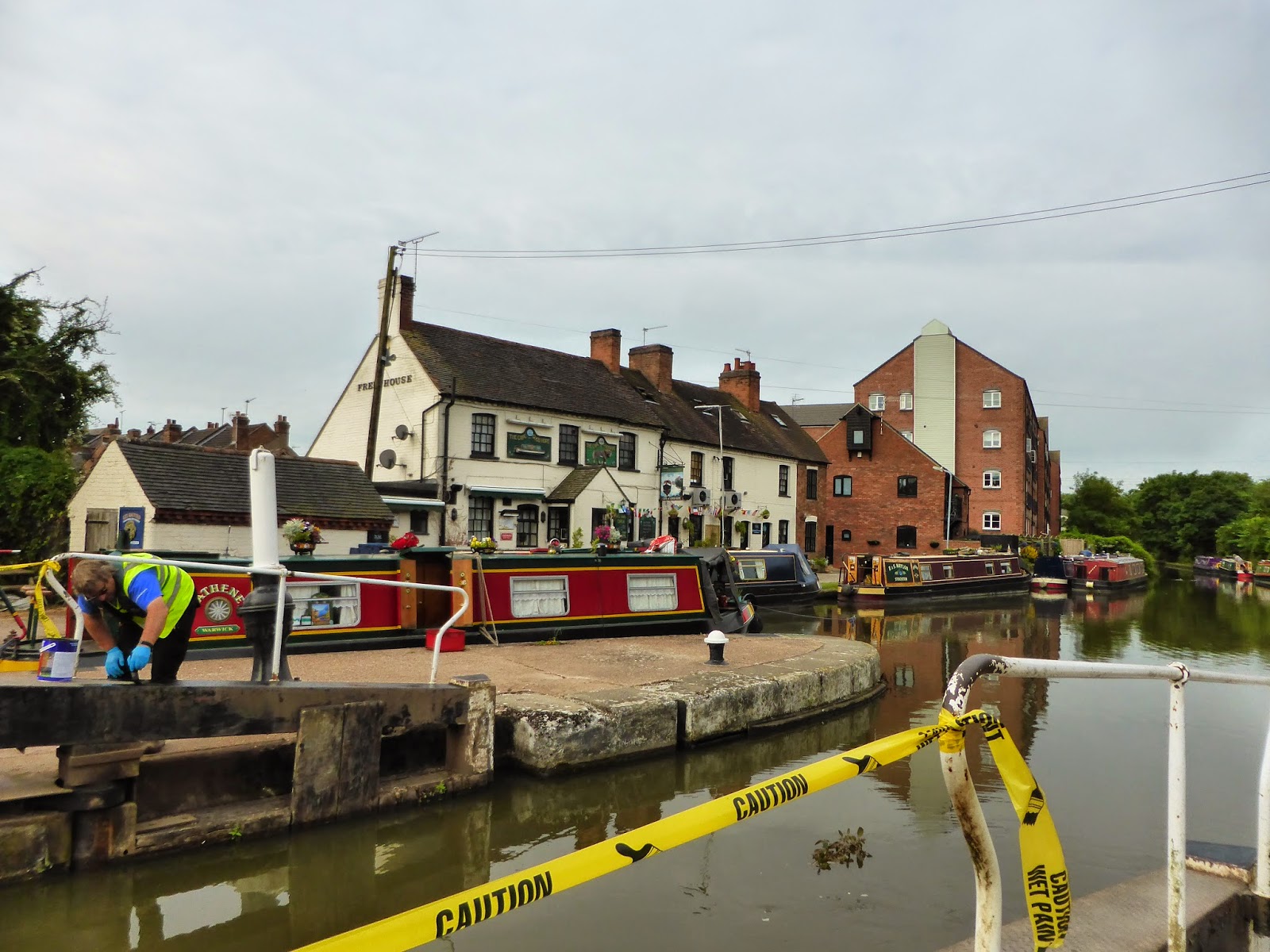 Cape lock with The Cape of Good Hope pub in the background
Arriving at the first Cape lock there is a C&RT 'operative' busy blacking the beams which was a bonus because he opened and closed the offside gate as the two boats came in.   Today we had eight or ten locks to do, depending on energy levels, but the broad locks were all well spread out so no opportunity to tie the boats together and release Joe for a bit of lock work.  We also planned to stop of for shopping so Yarwood pulled over at Bri 46 where there are moorings alongside a Tesco store and No Problem continued on to Bri 42-41 with access to a new Morrisons. 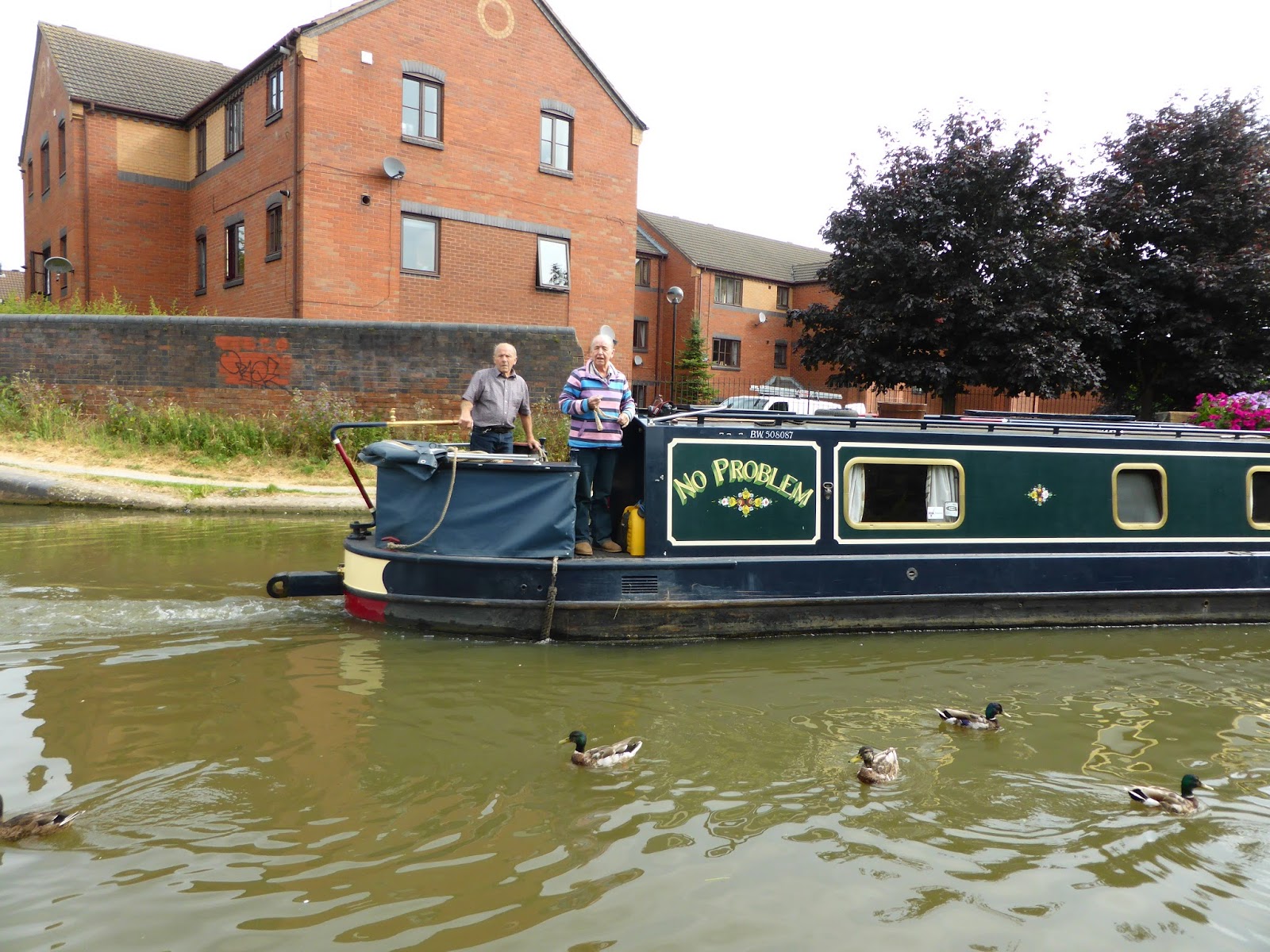 Vic at the tiller as No Problem head off to Morrisons
We picked up No Problem again as we both approached the next lock at Radford, worked a couple of locks and stopped for a quick lunch of homemade soup, crusty rolls and, yes and, cake! Moving on after 30mins we worked up through to Long Itchington and called it a day.  We were thinking to get to the Blue Lias which would have been another couple of locks but prudence tapped us on the shoulder and said if there are no moorings to be had we were then staring at the Stockton lock flight! 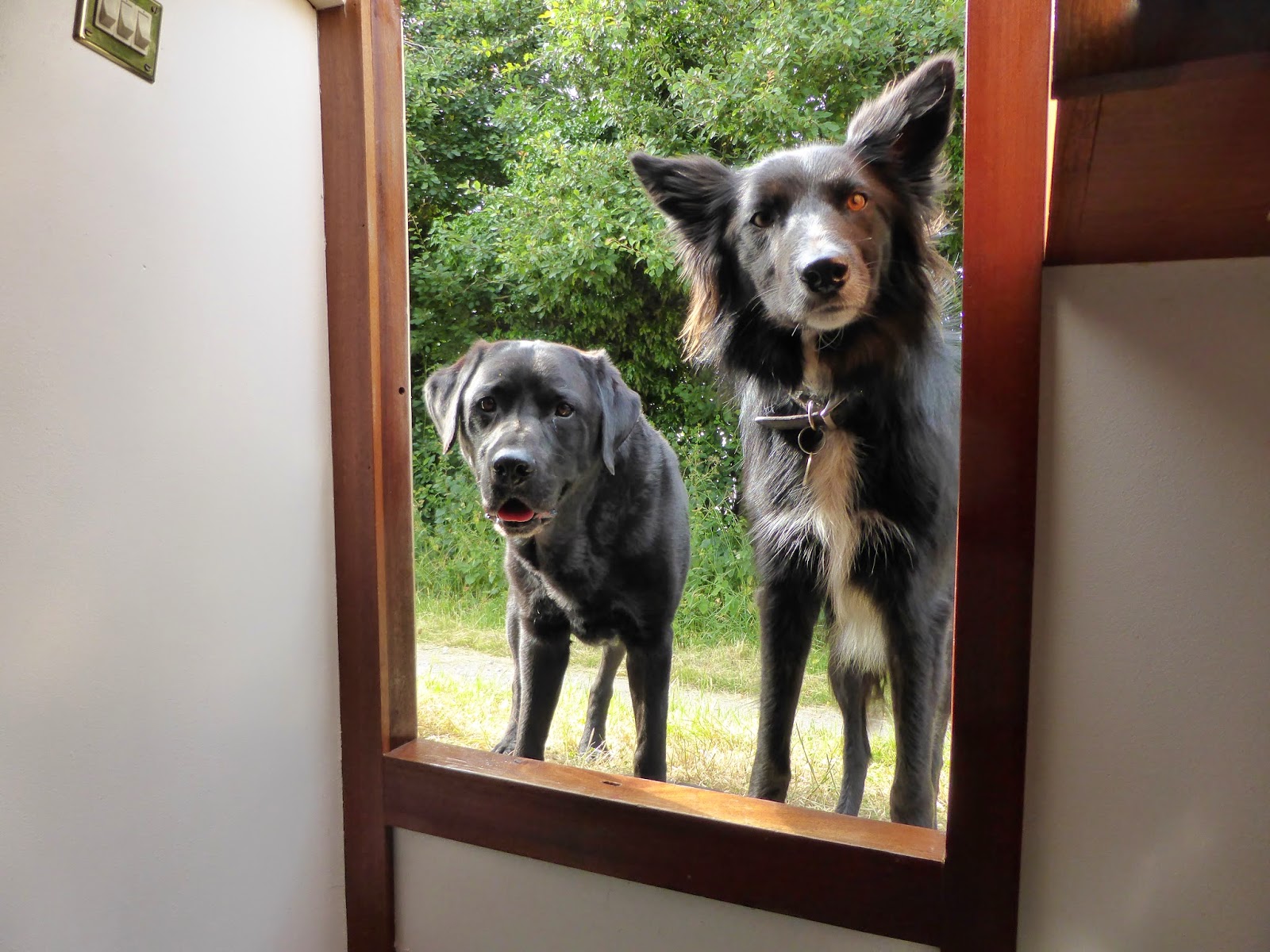 Floyd and Penny checking in 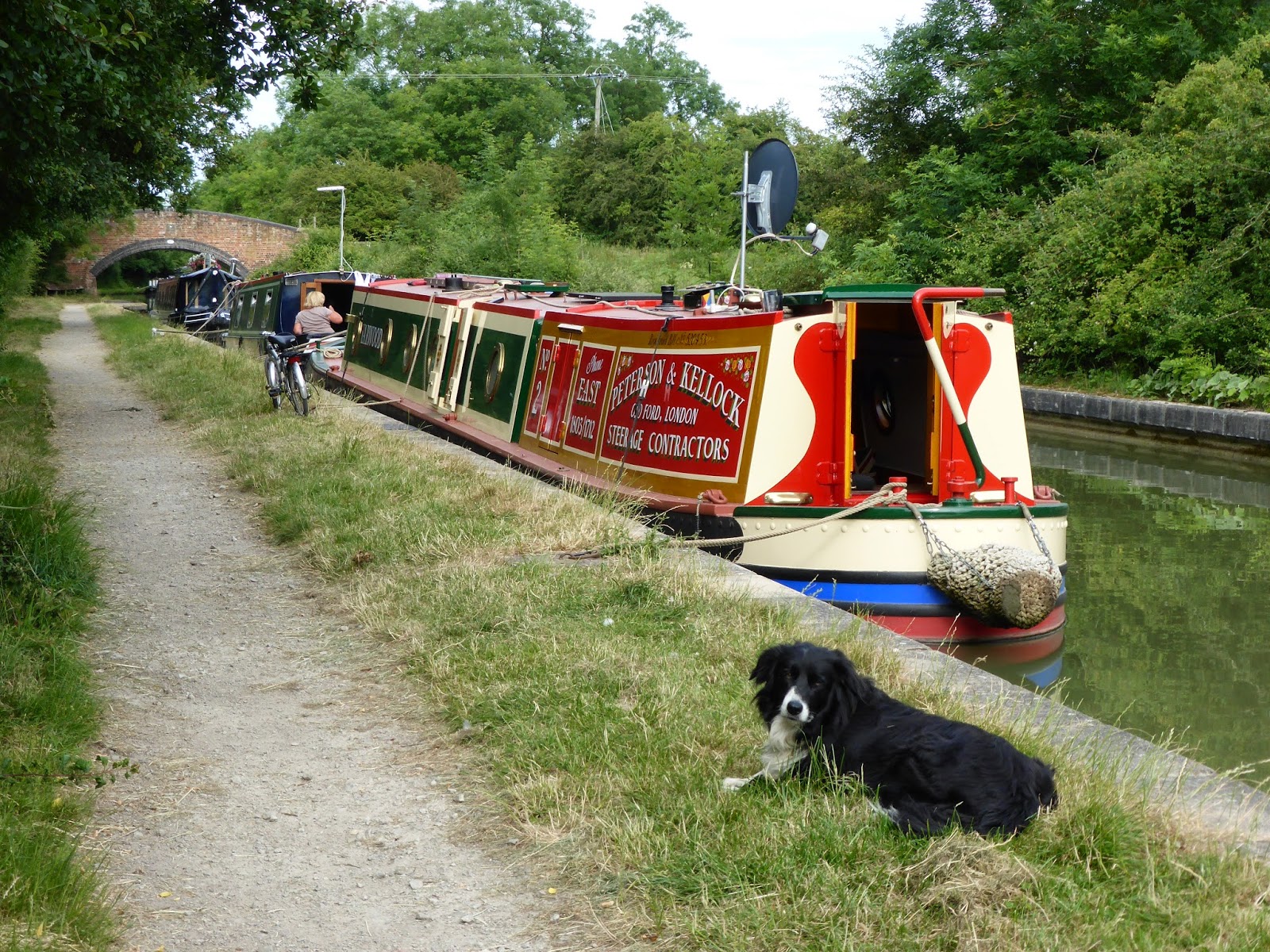 Moored at Long Itchington and Meg taking it easy
Off again Friday morning at 8.30 and up the next two locks to the Blue Lias where we watered Yarwood and No Problem lingered, they will get water at Napton later.  In front of us now we had the eight locks of the Stockton flight so once again the boats were roped together and Sue brought them up through the locks, Joe and Vic operated the lock and I cycled ahead turning locks (emptying them) and getting the gates open so Sue could come straight.  We worked in  teeming rain but by now we had got ourselves into a good rhymn and everything went smoothly.  Sadly however, no photo's from me as my lovely Lumix TZ40 has died on me.  It is less than a year old so today I will searching to see if I still have my receipt. 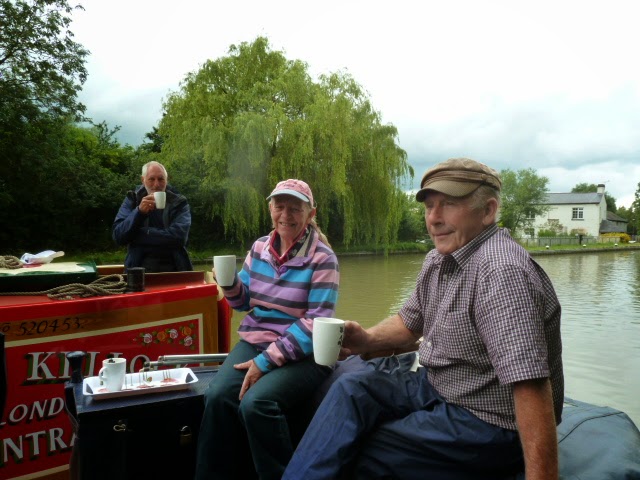 A farewell cuppa and cake as we finish the broad locks and prepare to go our own way, No Problem off towards the Thames and us towards Braunston and a date with Wharfhouse Narrowboats.
Posted by Nb Yarwood at 11:33