A weekend in the wilderness and visitors


Friday evening we were joined by Nb. No Problem and both crews settled down to enjoy what was promised to be a weekend of wall-to-wall sunshine.  I had bought enough food to feed The five thousand and Joe had got out our BBQ for the first time this year in readiness for a feast or two..
So Saturday dawned and the weather forecast given by the BBC didn't seem to match the weather that we were experiencing...never mind it is sure to improve and with this thought in mind we took Vic's advice and all, (All, being Sue, Vic, Joe, Me and the four dogs), trooped across the fields to the village of Clifton and The Duke of Cumberland for a pint.   The 'troop across the fields' also entailed an encounter with a herd of inquisitive and boisterous young bullocks....and another episode of the same on the way back to the boats!  By the time we had played at matadors and got back the sun had emerged so we fired up the bbq and set about cooking our late lunch.

On Sunday, with more sunshine promised we were going to bbq again but when Vic turned up late morning dressed like Nanook of the North and suggested that perhaps things were a tad too cold for outdoor dining  we conceded the point and accepted his offer of a Sunday roast...well it would have been impolite not to.  I knocked together a steamed syrup sponge as a dessert - my first attempt at this so it was anyone's guess how it would turn out. Holding my breathe, the pudding didn't fall through the plate when it came out of the basin and no one was poisoned...this time anyway.

Just as we were finishing our lovely lunch  a large red boat hove into sight, then the boat's name appeared, What a Lark with Lisa and David on the back.  They were soon moored up in front of us and chairs set up outside Yarwood, the sun having emerged by now, and we all settled down to chat and enjoy a drink.   Not long after this yet another figure appeared along the towpath, Sarah, aka Greygirl, calling in before retrieving her Mother at the end of a week on a Hotel Boat. 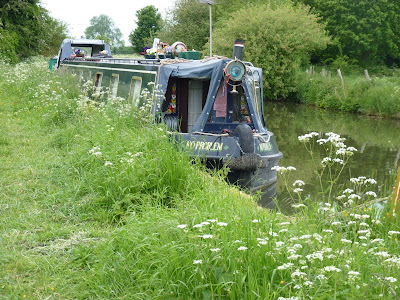 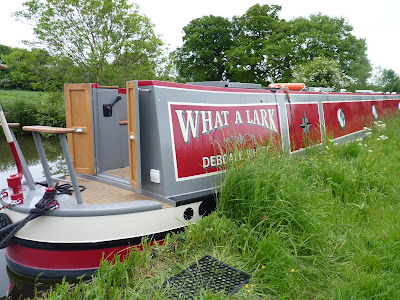 Nb What a Lark 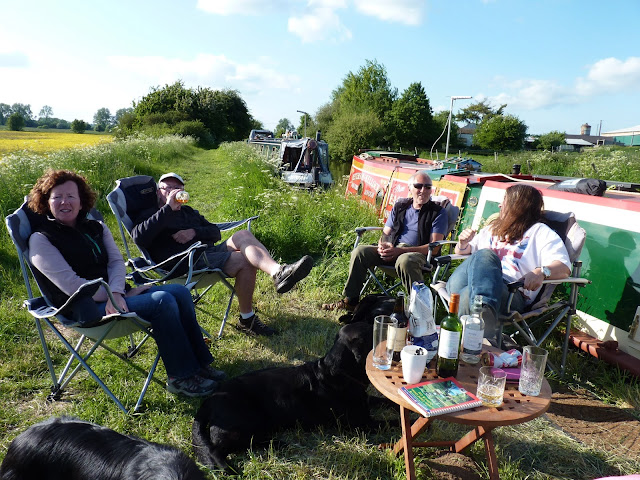 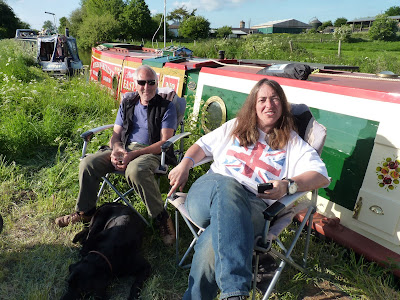 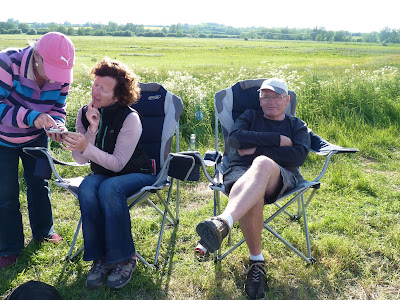 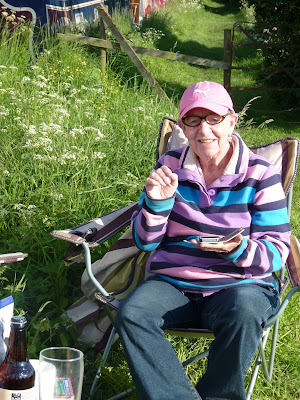