Cropredy..a weekend in the sunshine 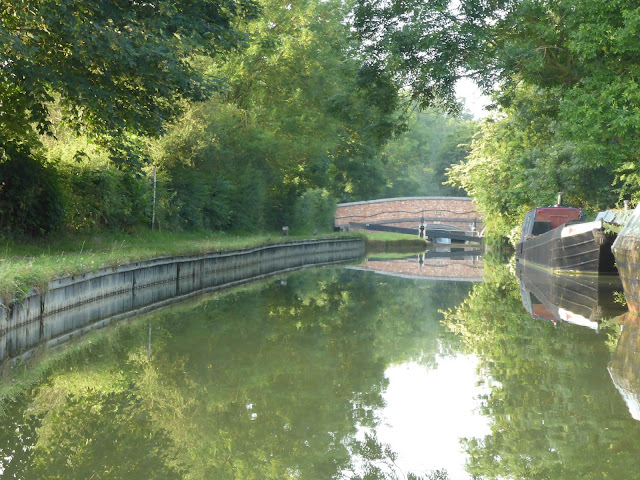 View from the back cabin
With temperatures set to climb into the 80f's yesterday I took the dogs for a circular walk around the village of Cropredy in the cool of the early morning and thereafter we sought a degree of shade from the hedgerow alongside the towpath or retreated to the slightly cooler confines of the boat.  I love this heat but the dogs were suffering a bit - well not that Fletcher thinks he is suffering as he insists on laying in full sunshine at all times and panting like an clapped out steam engine - we have to keep shuffling him into shade or the boat to give him a chance to cool down - daft dog. 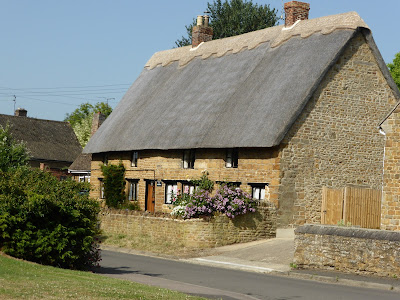 One of the many stone and thatch cottages in Cropredy. 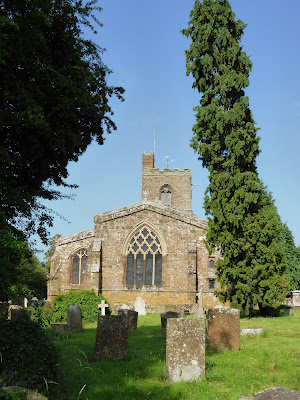 The Church of St Mary the Virgin 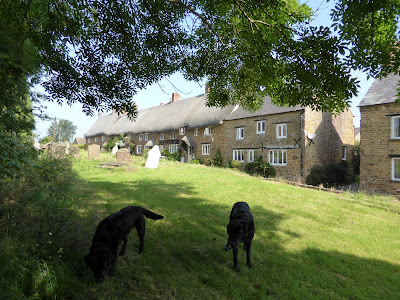 Red Lion Street from the Church graveyard with the Red Lion to the left of centre.  This terrace is apparently one of the oldest in the village. 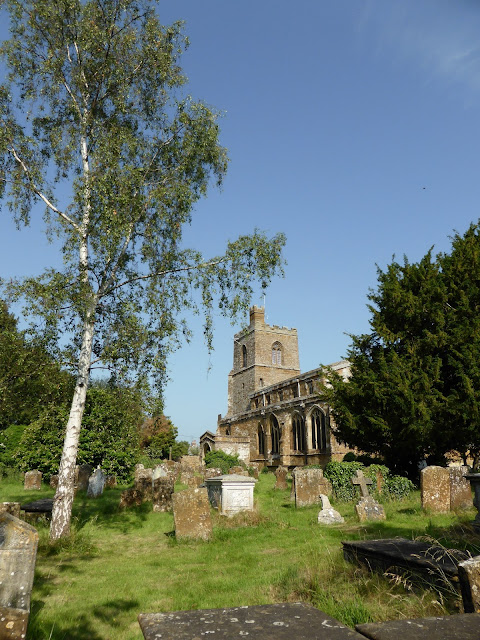 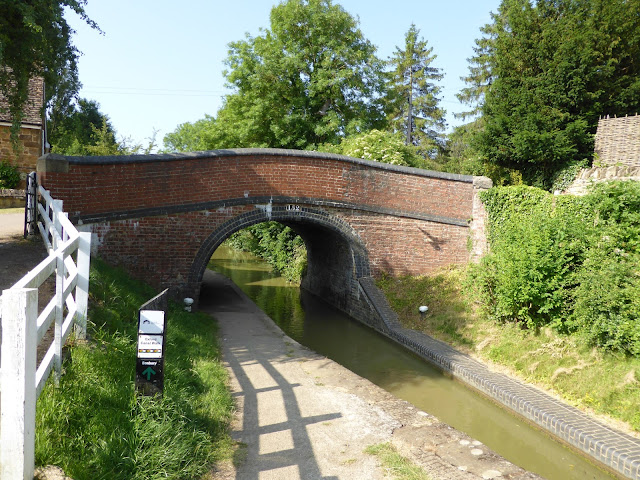 Cropredy Lock Bridge
The Oxford Canal reached Cropredy, a primarily agricultural community, in 1777 and for brief time this was the terminus until the canal was extended into Oxford and the all important link with the Thames. 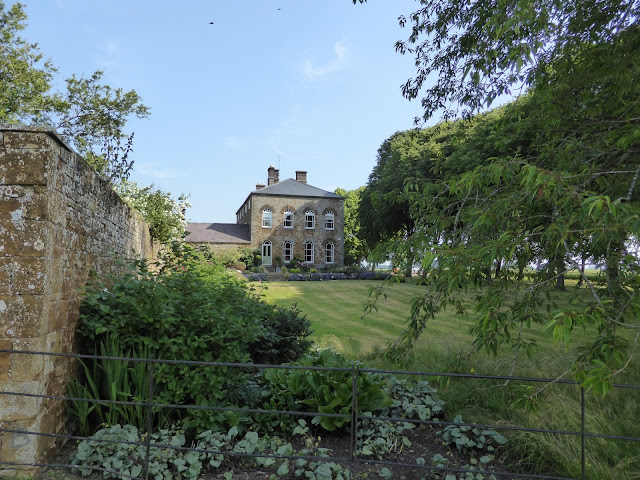 The imposing 17th Century Prescote Manor
Heading back towards the boat on our circular route around the village we pass Prescote Manor, formerly the home of Richard and Susan Crossland.  Richard Crossland was a Labour MP and a Minister in Harold Wilson's government.  His published diaries are purported to be the basis/inspiration of the popular TV comedy series, Yes Minister.
Posted by Nb Yarwood at 09:25