We were away this morning at 6.30 sharp, it is fast day and we find that being on the move, keeping busy, is the best course of action...no time to think about browsing or how long before the next meal. Our first port of call was going to be Fenny Compton Marina where we were going to visit the chandler's to get some raddle paint, empty a cassette and get water but before that we had seven locks to deal with. 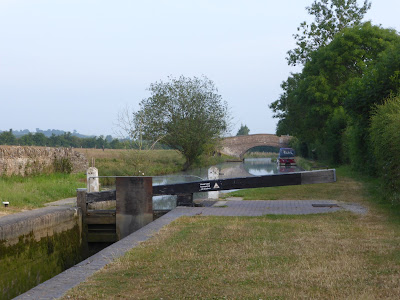 Varney's lock...the first of the day
Walking pass the two boats moored to the right of this photo I had to dodge copious amounts of dog poo.  A towpath walker had mentioned this to me the previous day and I assured her that it was unlikely to be a boater that was allowing their dogs to foul the footpath but probably a village dog walker .  I owe Cropredy residents an apology...it is a BOATER, a boater with a pack of whippet like dogs.  Nice dogs, disgusting owner, shame on you mate. 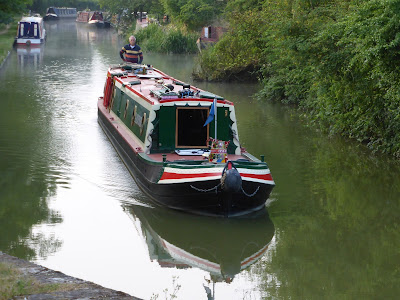 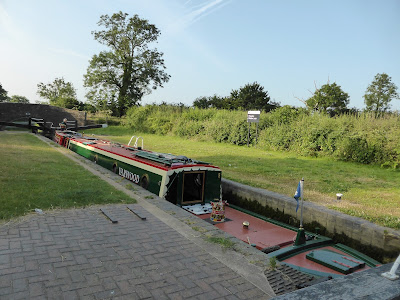 Every one of the seven locks were in our favour, a 'good road' as the saying goes 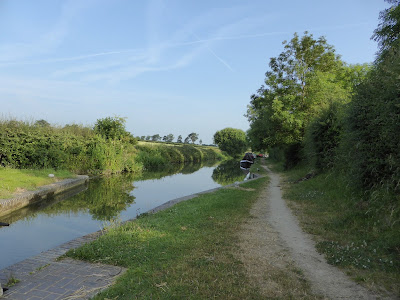 Working up the Clayden flight we came across a group of three historic boats moored together. 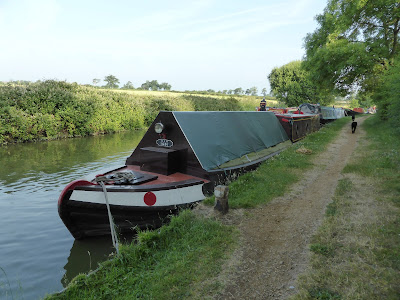 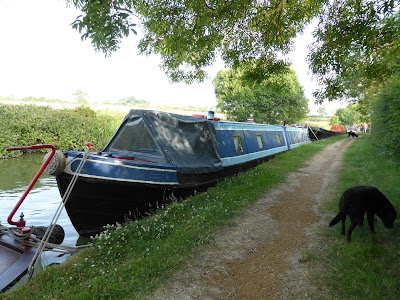 Phobos, a Star Class Woolwich built in 1935by Harland and Wolfe 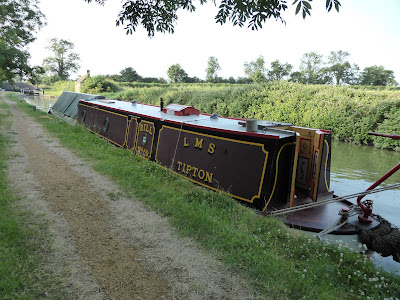 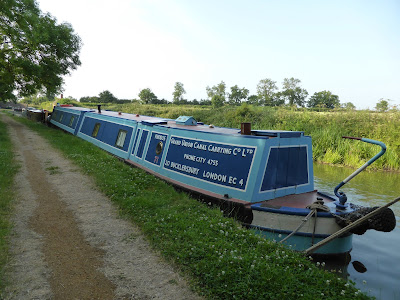 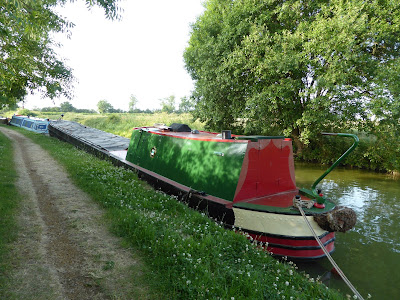 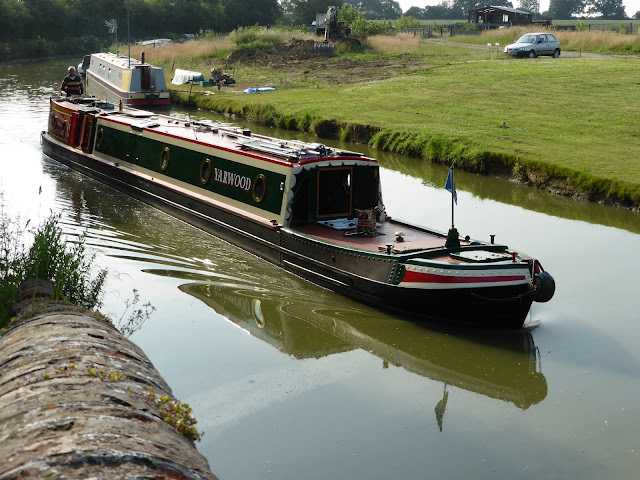 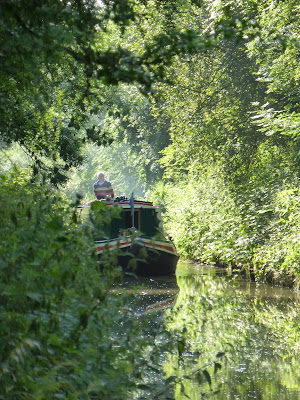 Coming through Fenny Compton 'Tunnel'...a steep wooded cutting on the approach to Fenny
It is now approaching half nine and the temperature is rising but we will soon be at the marina and I am thinking a nice cuppa will not go amiss.. 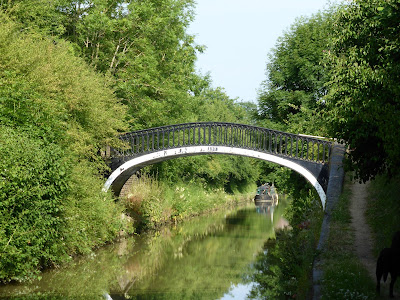 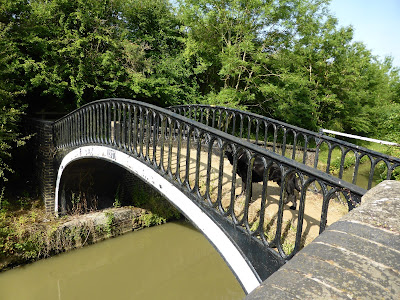 The turnover bridge where the towpath changes sides
When we arrived a Fenny Compton Marina we had a wait for half and hour as they do not open until 10am.  No raddle paint though so we will have to get that in Braunston as we pass through.  We queued for the water point at The Wharf pub and had a chat with the C&RT lengthsman while the tank filled and then we set off again towards Napton but stopped for lunch on a shady mooring.  The lunchtime mooring has now become our overnight mooring as we couldn't be asked to move off again...and very nice it is too. 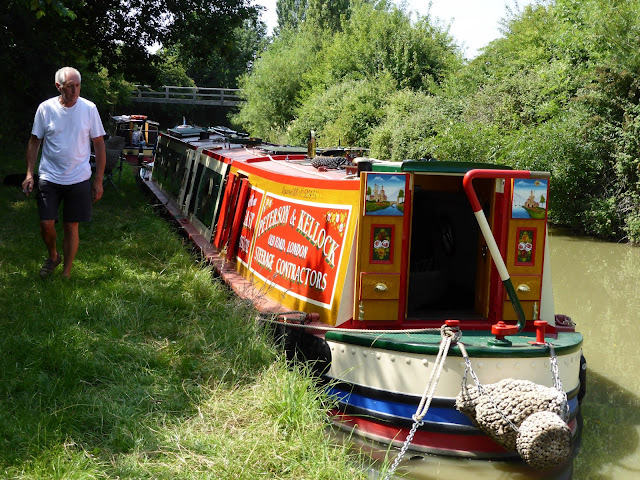