Up with the lark, yesterday morning and after a quick cuppa,- fast day so no breakfast, - we were off.  We had brimmed the water tank Sunday evening so there was nowt to delay us and the early trains had ensured no lie in for the likes of us.

There are downsides to having a handy water tap at Lower Heyford
trains.
but hey,
they don't run all night and it is not actually a busy line
but
the Network Rail maintenance guys worked all Saturday night
so
generator running, industrial hammering, scraping and general noise
No sleep.
Come Sunday night, with Joe assuring me that the work crew would have moved on, we slept like proverbial logs
Until the early trains made an appearance rousing us from our pit.
We slipped away at 6am and covered nine an a half miles and five locks.  It was just lovely walking the towpath in the early morning, no one about and the promise of another hot sunny summer day..bliss! 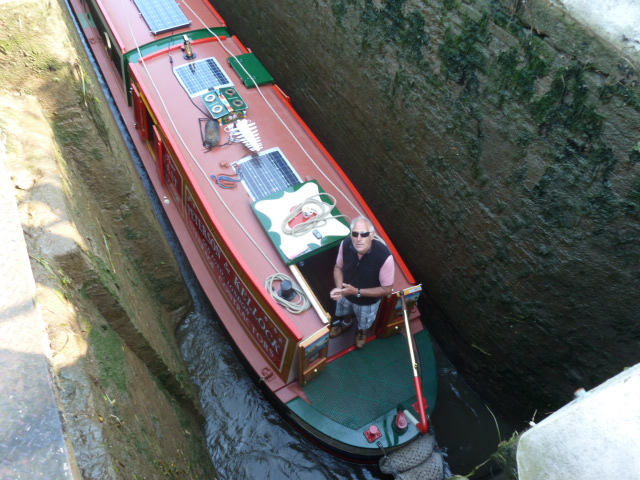 Hello down there!  Joe and Yarwood in Somerton Deep, 12 feet down! 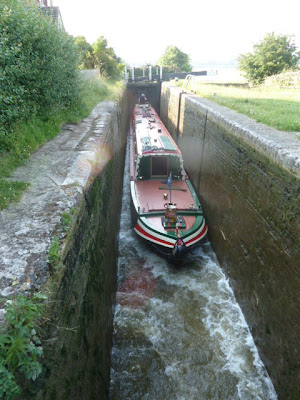 On the way up 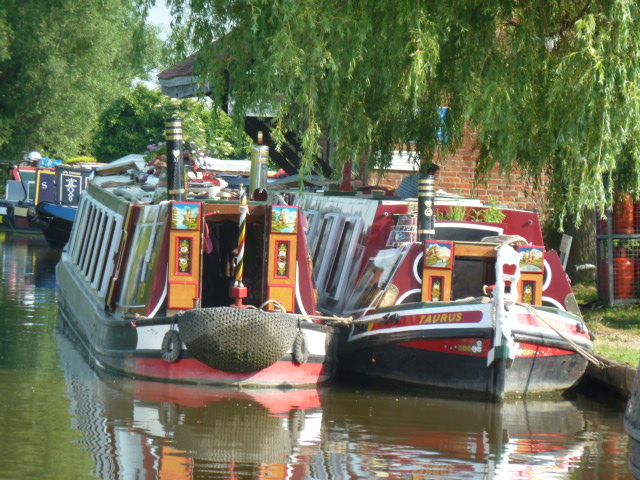 Passing Aynho Wharf, Hotel Boats Taurus and Snipe were watering.  Taurus is a 1930's Harland and Wolfe built butty, a Small Woolwich I think, and Snipe is a Roger Fuller built boat. 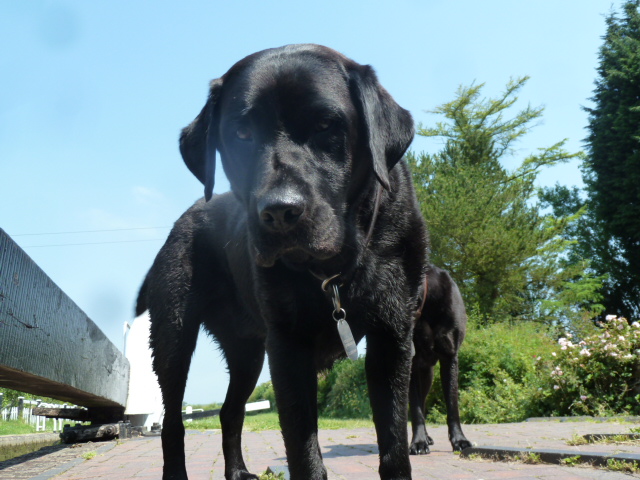 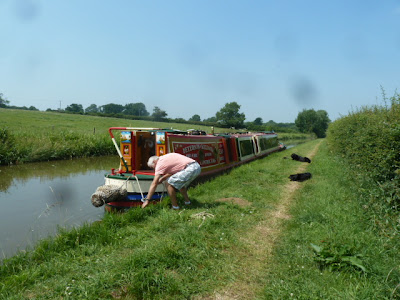 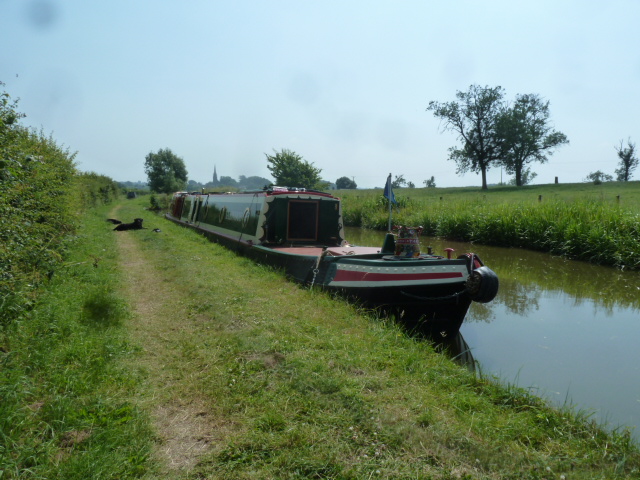 That's it, enough for today