We saw 'em off

After our 'marathon' on Sunday the conversation in bed on Monday morning went something like...

'Are we wanting to go down the locks today?
Would we rather stay put perhaps?'
What about David and Amanda?
We could walk down and lock What a Lark through
We could
Shall we do that then?
Yes, good idea
Settled then.
Settled
I'll let them know then.'

So, leaving Yarwood moored above the locks, Joe and I and dogs walked the mile or so to the top of the Foxton flight and waited for What a Lark at the water point.   There were only two boats there so as soon as one cleared to go down WaL moved onto the water-point and filled the tank.  Meanwhile, David booked in with the volunteer lock keeper, there were three working, and as soon as the tank was full we began the descent. 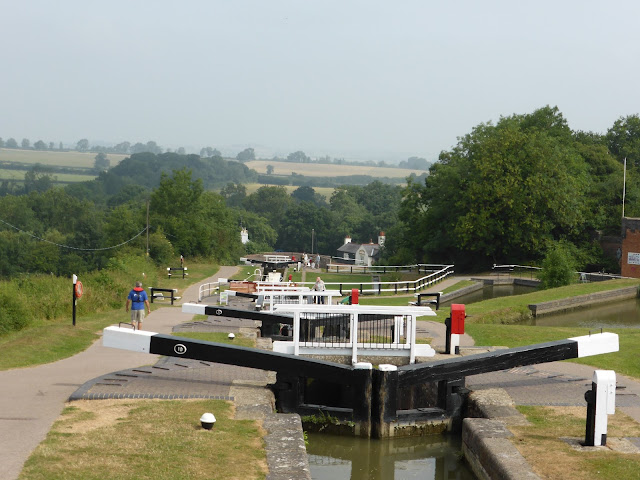 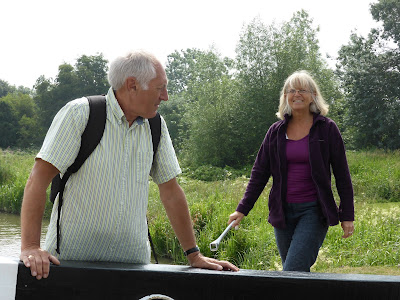 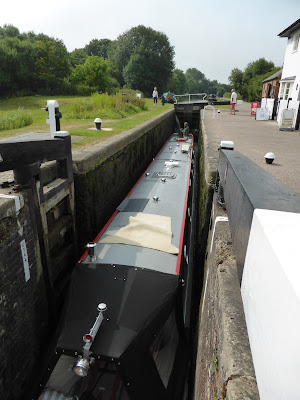 What a Lark coming out of the first lock 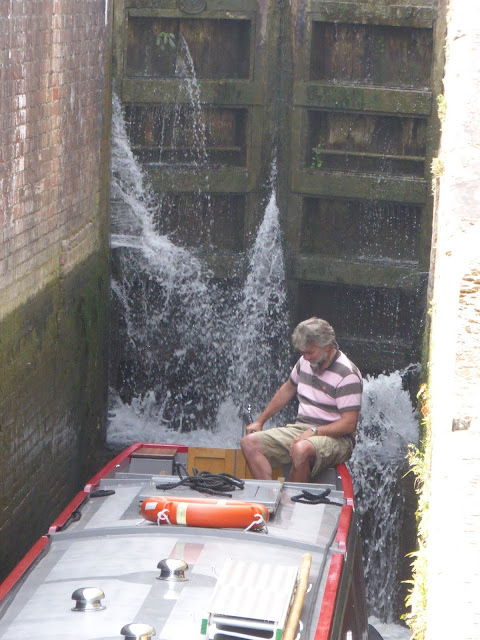 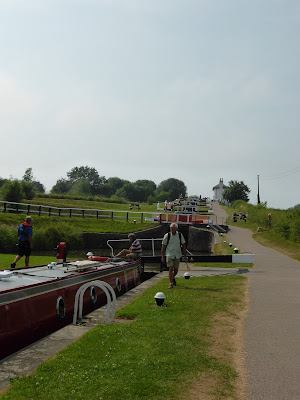 We started the flight in cloudy chilly conditions but by the time we were half way down the sun had burnt off the cloud cover and things were heating up nicely; so nicely in fact that as What a Lark headed off towards Market Harborough we found ourselves heading into the boater's pub at the bottom off the flight, Bridge 61 and enjoying a pint of Bridge 61. 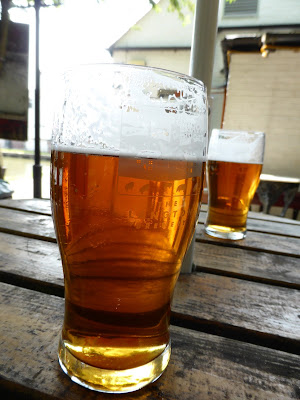