Feeders and plugs and reserves

Leaving Joe playing with masking tape, paint and rollers Wednesday afternoon I took myself and the dogs off to explore.  First task as we headed north along the canal towpath was to find a spot where the dogs could access the cooling waters of the canal.  The dogs usually find 'the spot' and stand chest-deep in water waiting for, and expecting me, to find 'the stick'.  Once found, the fun begins with Fletcher out pacing Floyd in the swimming races and Floyd out dunking Fletcher in the 'let-me-have- that-stick-or-I-will-drown-you games.  Meantime I get soaked and have heart failure wondering if Fletcher is going to survive the latest tussle.

When the dogs were sufficiently cooled down we progressed along the towpath passing a feeder stream to the left of the canal and then finding a discreetly hidden style a little further along on the right (towpath side) where we crossed a fence on to a path that descended below the canal. 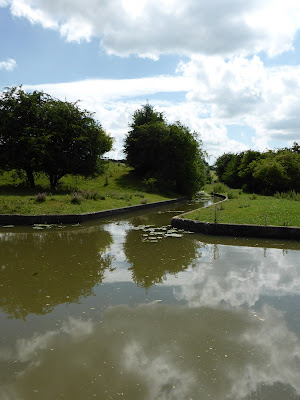 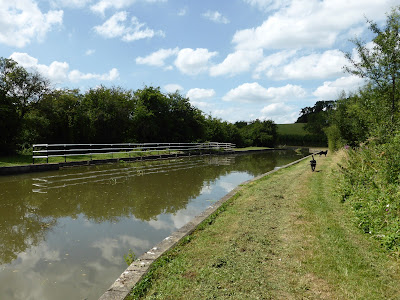 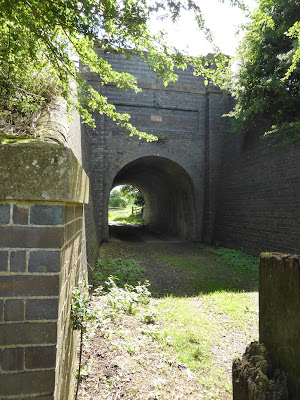 At the bottom of the track is a tunnel beneath the canal bed which will take is across a series of fields toward the high ground of Saddington Reservoir.  Fortunately the cattle had vacated the pastures we had to cross - cows with calves at their sides are not a good mix with dogs.  The cattle are quite likely to ignore you but they definitely do NOT ignore the presence of dogs. 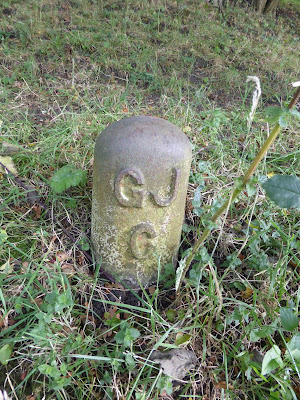 I spotted this marker post in the field below the canal, G J C, Grand JUNCTION Canal the original name of what is now known as the Grand UNION canal. 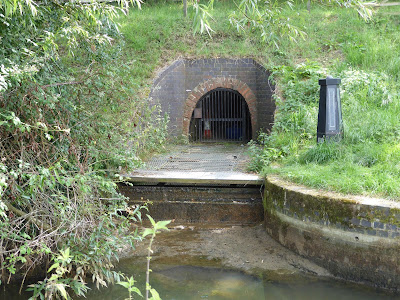 Approaching the embankment of the Saddington Reservoir I passed this...a big bath plug lives in here? 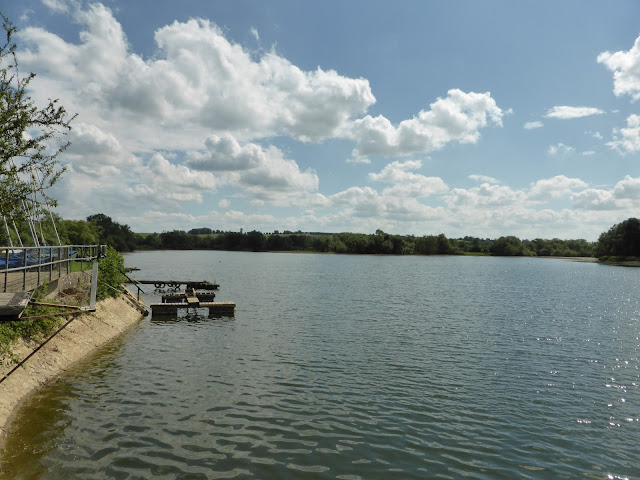 Saddington Reservoir.  Built between 1793 and 1797 to provide water for the Grand Junction canal and covering about sixty acres.  Excavated in a natural hollow with its northern end banked it is fed by Saddington Brook. 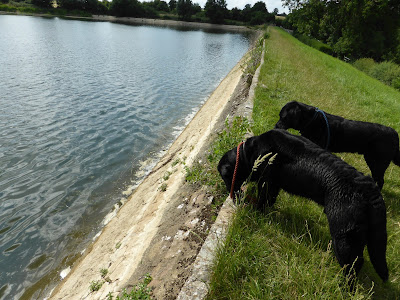 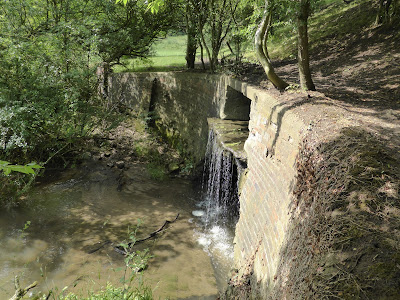 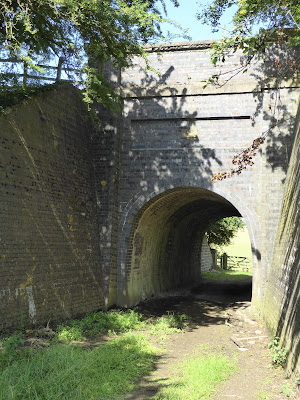 Back through the tunnel beneath the canal 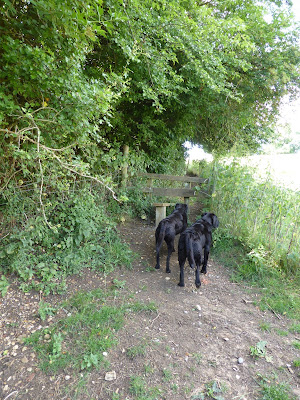 Yes, that's the way over the style and back up to the canal.
All in all a pleasant two hour walk, more swimming for the dogs on the way back to the boat and then a cuppa and a read in the shade of an ash tree for me.
Posted by Nb Yarwood at 14:00