After a phone call from the River Inspector on Monday morning telling us that the Strong Stream Advice was being lifted we set off from Alwalton towards Peterborough. 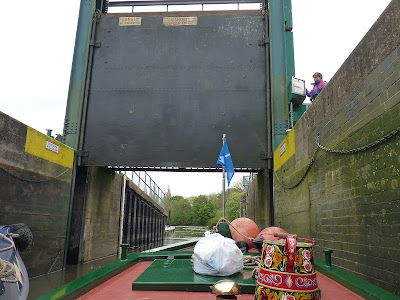 Alwalton guillotine gate being raised by Jill to release the boats down stream. 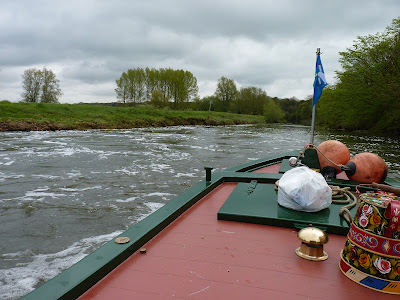 The 'doors' on the sluice was being left open so the race of water was still very lively and Yarwood was the first to cross it as we left Alwaton lock.  There was a  bit of buffeting and slewing but we were soon through with no problems.  The rain had stopped but it was a cold grey day and we were well wrapped up. 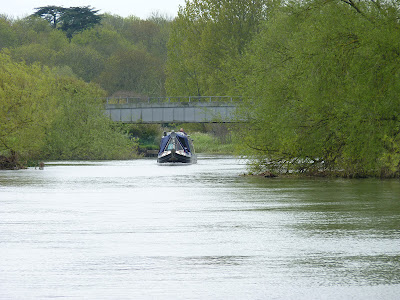 Nb Matilda Rose following us towards the next lock at Orton 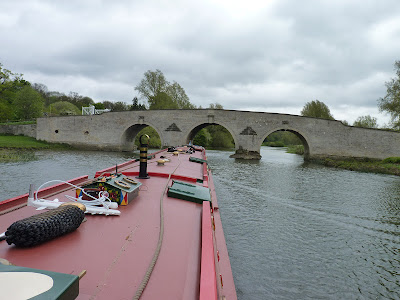 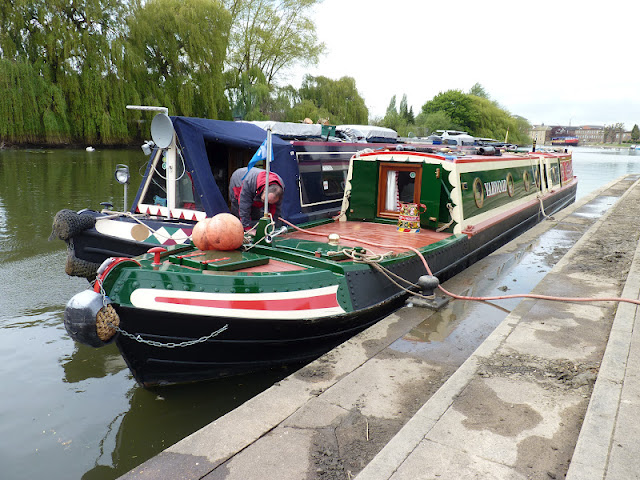 Breasted up at the service point on Peterborough embarkment.

Only days ago when the R. Nene was in flood the embankment at Peterborough was under water.  The water having receded it has left a coating of mud that on the lower steps is still 'gloopy' and smelly so watering the boats with hoses lying in this filth was a bit problematic but the pleasure of having a full tank of water again and a longer shower...heaven! 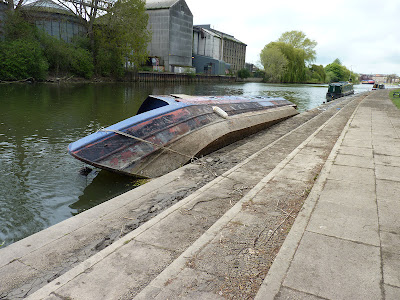 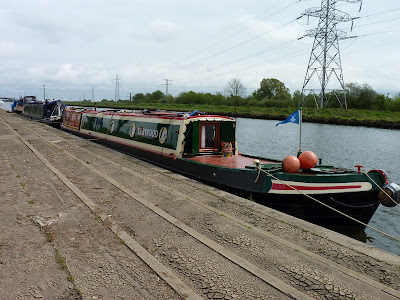 Moored up at Peterborough
Posted by Nb Yarwood at 12:40