We left Banbury this morning after enjoying a three night stay.  We had moored up at the Tramway, close to the Morrison's store, useful for heavy food shopping and a quiet location with limited footfall.  We still had easy access into the town and also easy access to open countryside for the all important dog walking.
We are really rather taken with Banbury, it is a good town to stop over in.

Last night we took advantage of my newly acquired Tastecard and booked table at Quisine for a really special meal.  We came here a month or so ago with Sue and Vic of Nb. No Problem and were bowled over by the food and the service so we promised ourselves another visit when we were back in town; I think we will be dining here whenever we are in Banbury, a not to be missed experience! 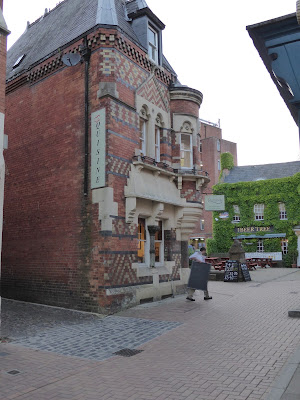 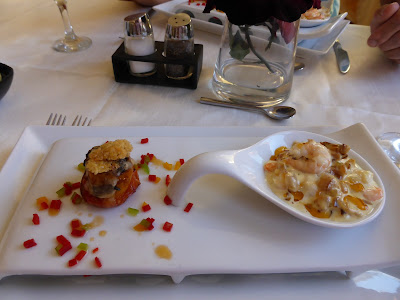 One of the six courses we were served
This morning we moved off and joined the queue at the service point before locking up and out of the town. 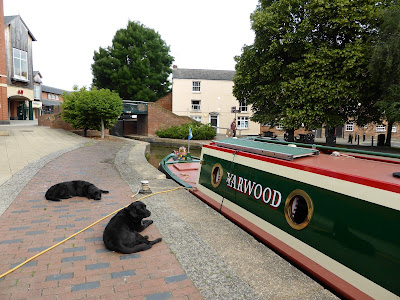 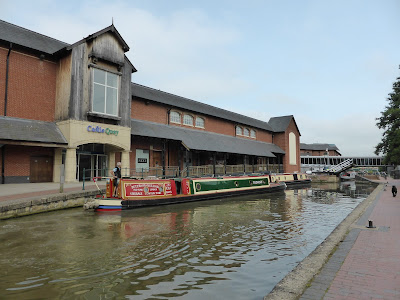 Yarwood passing the Castle Quay shopping centre,this was once an area of wharves and warehouses.

I spotted a tug style narrow boat in grey primer moored along this section and then passed Kevin and Vicky Blick ( former editor of Canal Boat Magazine and now occasional columnist of the same) so I assumed that this boat was their recently fitted out Harry.
I wished them a good morning though they wouldn't know me from Adam..
or Eve for that matter. 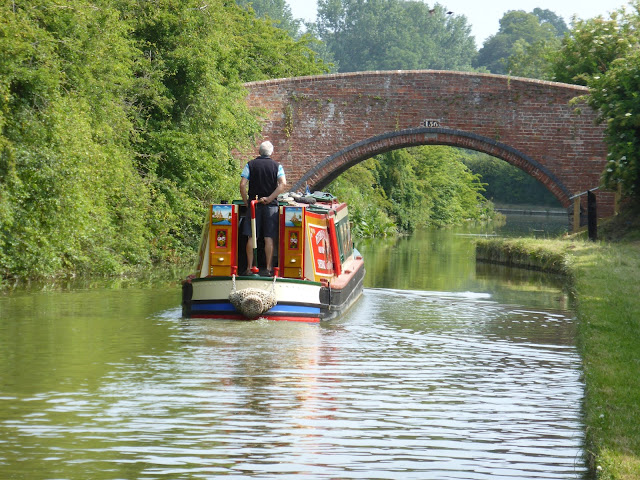 Off into another day of glorious sunshine, it doesn't get any better.. 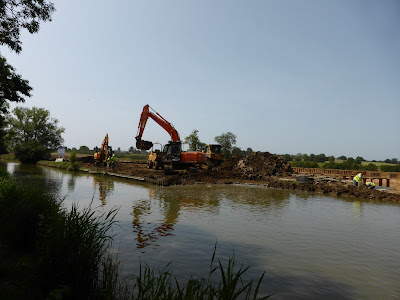 We passed through Cropredy and went past a lot of activity at the new Cropredy Marina...They were still working at 6pm when I passed again with the dogs 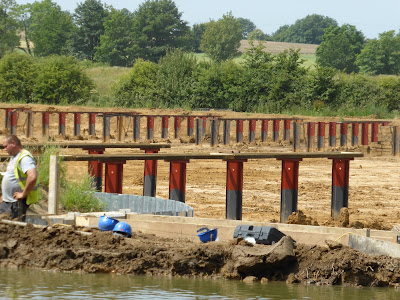 Steelwork in place ready for the pontoons 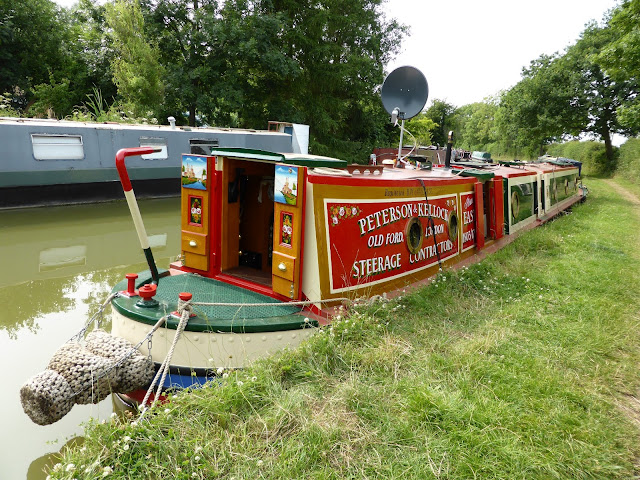 Moored above Broadmoor lock for the weekend
Posted by Nb Yarwood at 20:34