A night in Newbold, or two 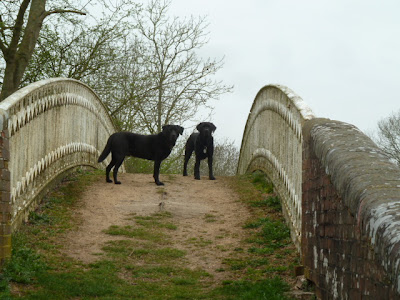 Fletcher, and Floyd awaiting instructions or, wondering why had called them to wait given we had only been walking for ten minutes

Yesterday morning we were up with the lark...or it could have been the tit; whatever was heartily singing away and woke Floyd who in turn, as is his way, woke us.
We needed to wind (turn) Yarwood ahead of our return to Braunston and the nearest point where we could do that was at the entrance to Brinklow Marina.   So off we went, a ten minute cruise, a turn and then head back towards Newbold tunnel. 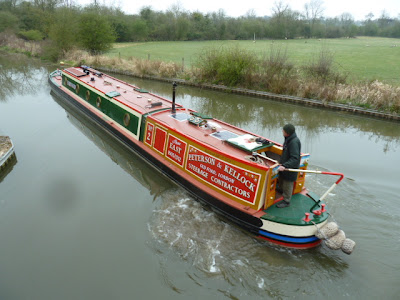 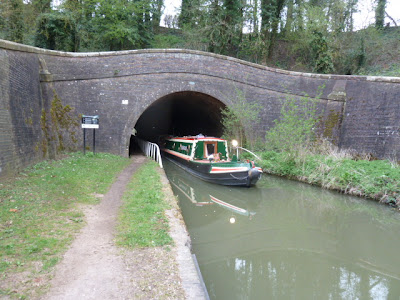 Coming back out of the tunnel at Newbold
I hopped on to the deck when Yarwood emerged from the tunnel and retrieved the rubbish I had left there in anticipation of the recycling point by the services.   We passed the Barley Mow pub, slipped through the next bridge and there were a couple of moorings available on the 14 day stretch so we pulled in and moored up.
As soon as we were breakfasted and showered I went down into Newbold and caught a bus into Rugby but, unable to find what I was looking for, I was on the return bus within the hour.
After a pint at the Barley Mow I spent the afternoon cleaning brass and washing and waxing bits of Yarwood ahead of walking the dogs again and with all this industry, I was too tired to cook so dinner was... in the pub with the two dogs lying under our table...very nice too.
Today, it was Joe's turn to take himself off to Rugby and I took the dogs for a trek along the Avon Way Walk, a long distance path that starts in Northamptonshire at the source of the River Avon and ends at it's confluence with the River Severn...
We didn't walk that far though. 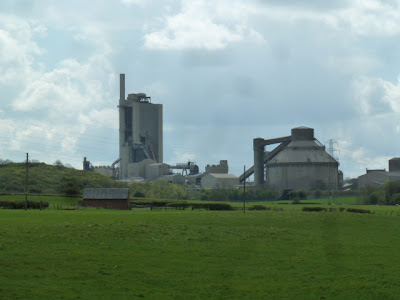 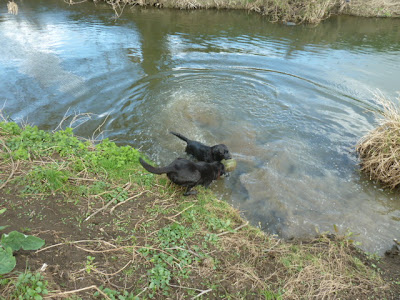 The River Avon, a source of delight to two Labradors who were soon in it playing 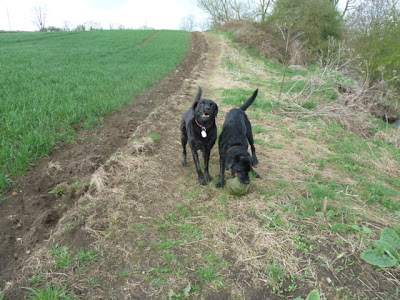 Oh look, we have found a ball.. 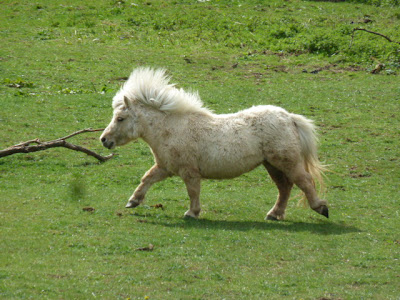 Characterful  Shetland pony
Two hours later, on our way back, we came through a field of Shetland ponies.  This particular little fellow was VERY interested in Fletcher and insisted on following him across the field.  Fletcher, being a bit of a wuss (well alright, a lot of a wuss) was not amused by the attention.  In the end I had to slip an arm across the pony's neck and get him to walk politely with me rather than up Fetcher's hind quarters. 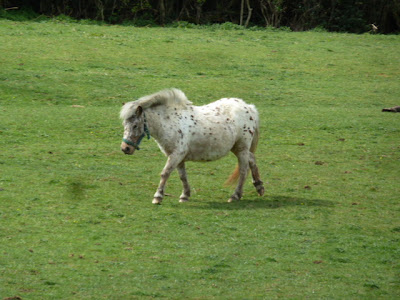 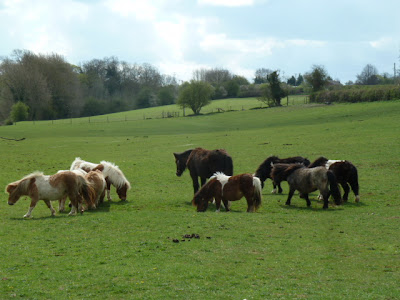