More catching up with friends

Yesterday we were treated to a visit from Pip and Roger of Nb. Windsong and perhaps more importantly, they came with little Ozzie their 11 month old Cocker Spaniel.   We were due to meet Ozzie last year shortly after they had got him but sadly the little guy suffered a health issue which involved mad dashes across the Country for Pip, Roger and the puppy.  Ozzie survived the health scare but it ended with Ozzie losing an eye; very sad but what a little character he is and eye or no eye, he is just SOOOO handsome!
We spent time aboard Yarwood catching up and then walked the dogs and ended up in the Admiral Lord Nelson (which is now dog friendly)  for lunch...how did that happen?  The pub has been done up and is very pleasant, lunch was simply a couple of ciabatta's with homemade coleslaw and hand cut chips with a few Masterchef  twists. 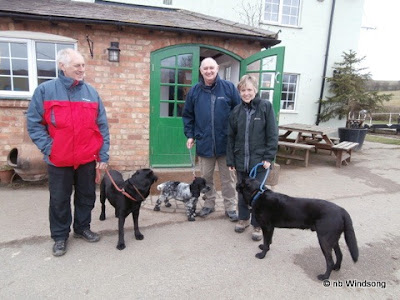 Photo care of Pip.
L-R Joe, Floyd, OZZIE, Roger Me and Fletcher.
(The photo's I took that included Pip were banned) 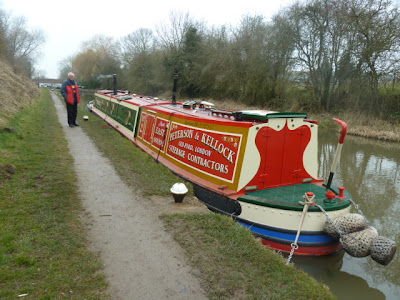 Yarwood moved above Braunston Top Lock
This morning, Sunday, we watched the F1 Grand Prix from China which was on early.   Alonso won and happily Vettel failed to get on the podium for a change - I was less than impressed with his antics last week and his attitude since.
With the race watched we then got the boat ready to drop down through the six Braunston locks.  There has been quite a lot of boat traffic through so we were expecting to pick up another boat wanting to go down and sure enough we had barely stepped out and grabbed a line before a likely candidate appeared.  We make short work of the locks and pulled on to the water point at The Stop House and while filling I got a text from Adam on Nb Briar Rose to say he was to be here tomorrow for a boat test so we pulled forward on to the 48hr moorings determined to stay another night in order to see Adam. 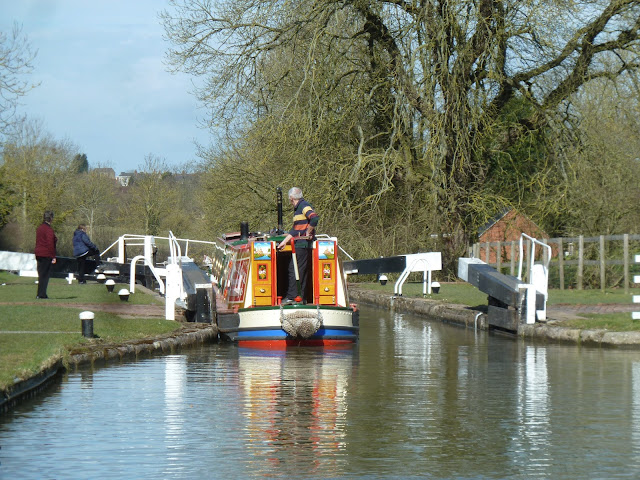 Away down the locks in the lovely sunshine 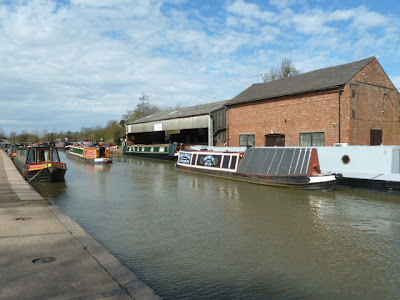 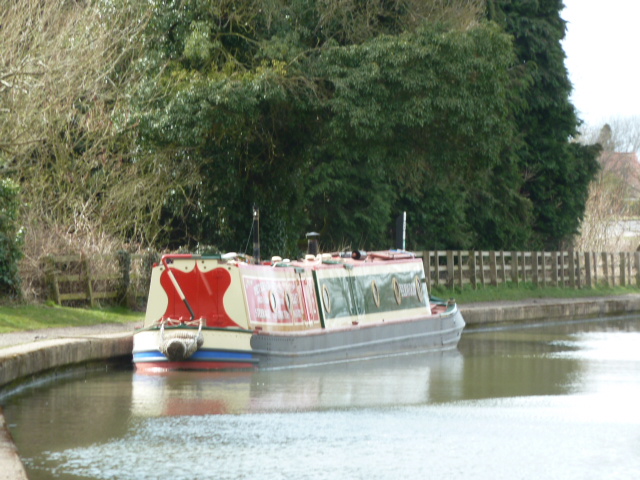 Moored up beyond the Stop House 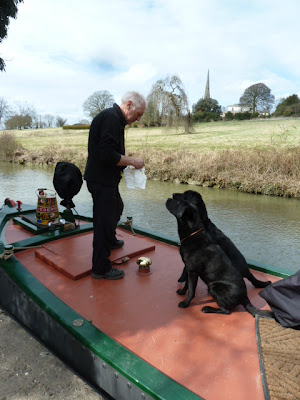 Training exercise; trying to get wuss Fletcher to happily sit on the tug deck - marvellous what hot chicken can do for a dog's nerves....
Posted by Nb Yarwood at 16:12