An escape plan comes together...

We left Weston Favell at 7.30 yesterday and headed off for our final push up the R.Nene.  Two locks before entering Northampton were soon out of the way and we were on the home stretch.

We wanted to service the boat before leaving the town but the pontoon in front of the service block has been removed so there is NO access for boaters to services.  Apparently the pontoon was condemned by H&S which is fair enough if it had deteriorated and was considered dangerous to use but I can't help thinking that perhaps that could have been prevented/foreseen and remedied before its demise.... There is also talk/plans for C&RT to assume responsibility for boater services at Northampton, Wellingborough and Peterborough and start charging for pump-out facilities, currently free of charge on EA waters. 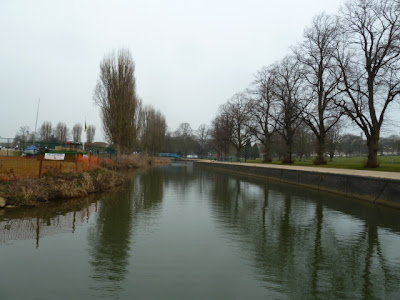 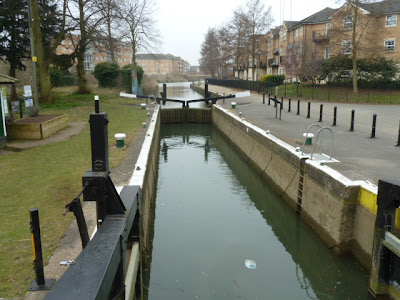 The town lock prepared for use, our final lock on the River...yippee 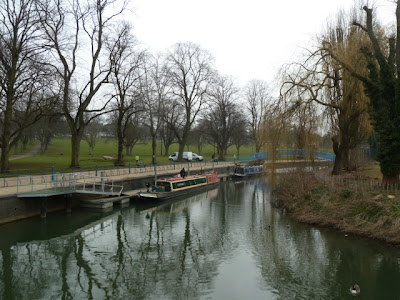 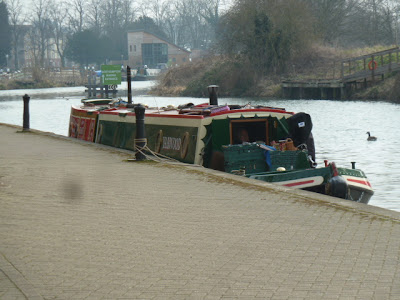 Moored on the Town quay
As soon as we have negotiated the Town lock both boats moored up on the quay adjacent to Morrison's and headed off to buy provisions.  We were passed by two other narrowboats who were also heading up to the Grand Union canal so we gave them a head start and had a cuppa before heading off for the next stage of our journey. 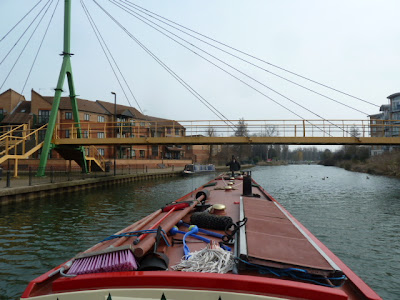 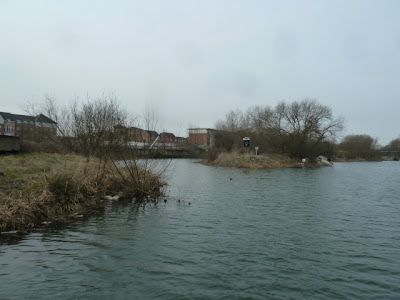 The unprepossessing entrance to the Northampton Arm 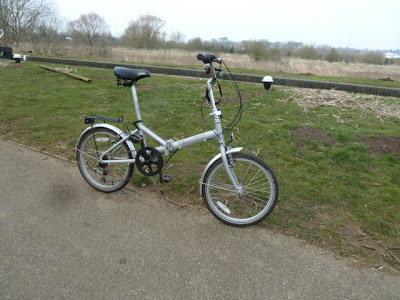 Essential kit for lock flights
As soon as we are through the initial lock my 'wheels' are unloaded and now starts what becomes four hours of lock-wheeling.  We were held up following the two other boats up, every single lock was against us, i.e. had to be emptied and refilled and then emptied again for Witchboy who was single handling up the flight. 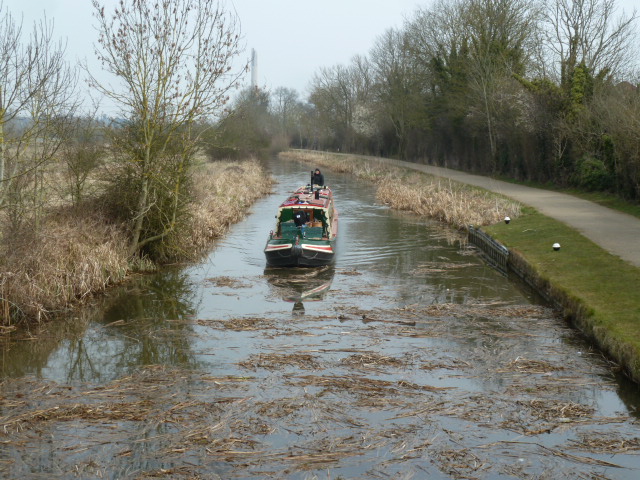 Yarwood making her way up the flight through the usual weed 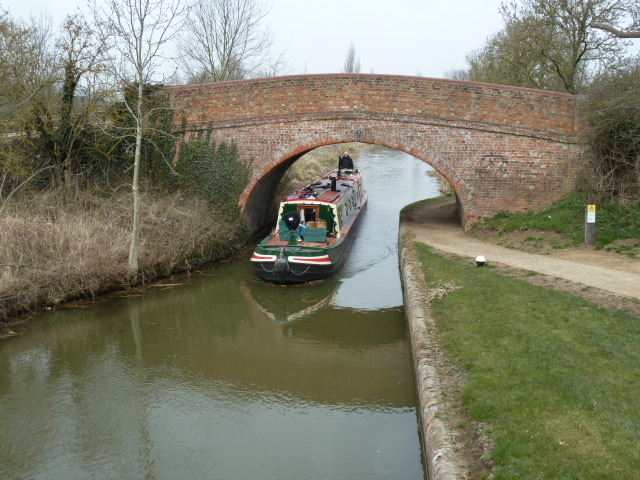 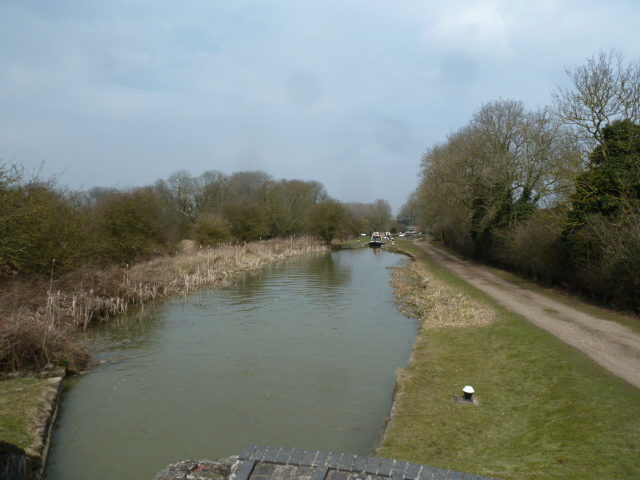 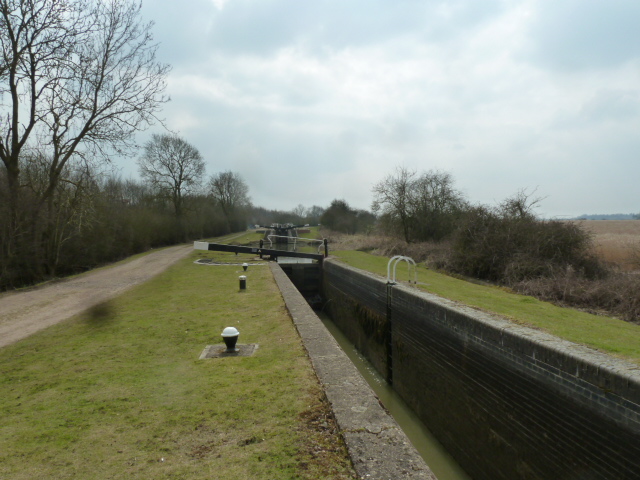 At 3pm Yarwood was safely moored up at the top of the flight, the dogs were happy chappies as they were back to running the towpath rather than being confined inside the boat when travelling on a river and I was shattered!
Job well done.
Posted by Nb Yarwood at 05:27