And the other side...

At seven thirty yesterday morning we set off along the canal towards the nearest winding hole to turn Yarwood so that Himself could paint the gunwales on the port side - suggestions that he dangle from the cabin top were not finding fertile ground...

Two hours later and five point two miles of walking for the dogs and I we arrived back at our starting point and while Joe set to with a will on his appointed task I prepared lunch. 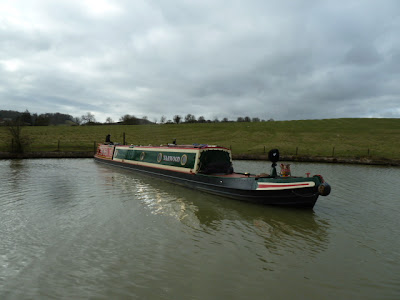 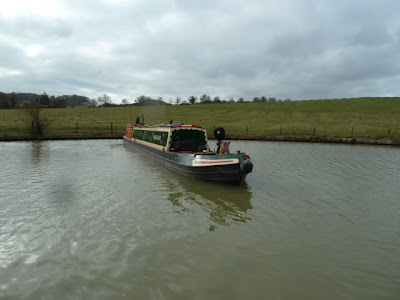 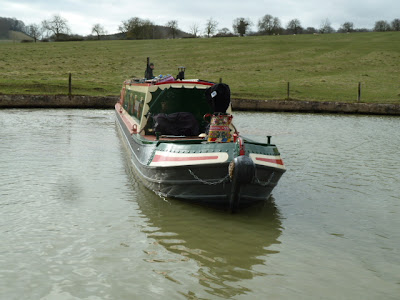 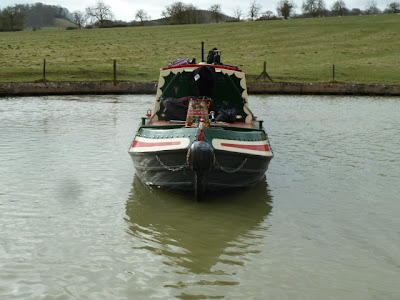 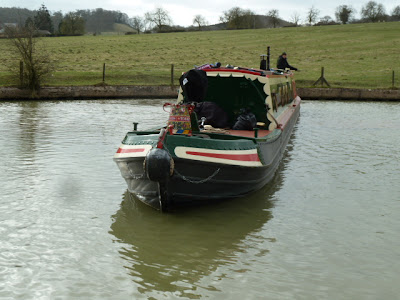 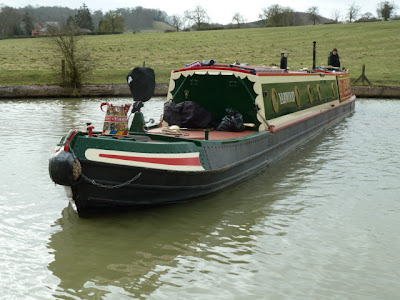 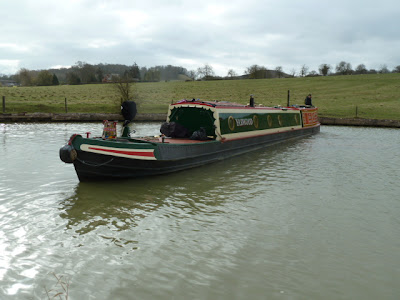 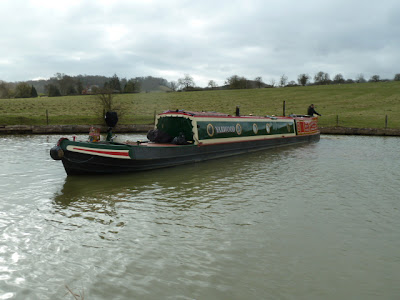 Wind completed and he's off again 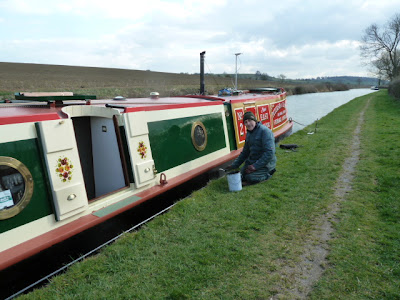 A man with a mission.. 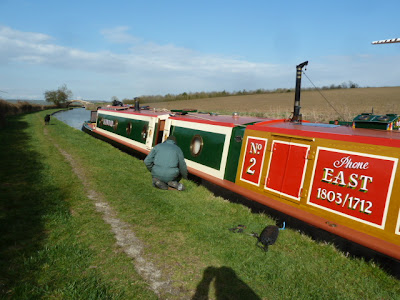 Leaving Joe to paint I went off again with the dogs walking yesterday's walk but in the opposite direction. 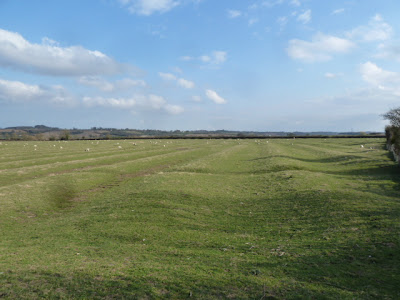 Almost all the land in these parts still bare the marks of the medieval ridge and furrow strip system of farming where the land in the Manor was divided in strips of, I think,  an acre each.   Serf or Freeman, your 'strips' were scattered about the manor lands so nobody got all the good land or all the poor. 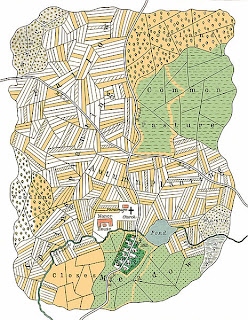 A map showing the strips, common land and woodland of a medieval manor 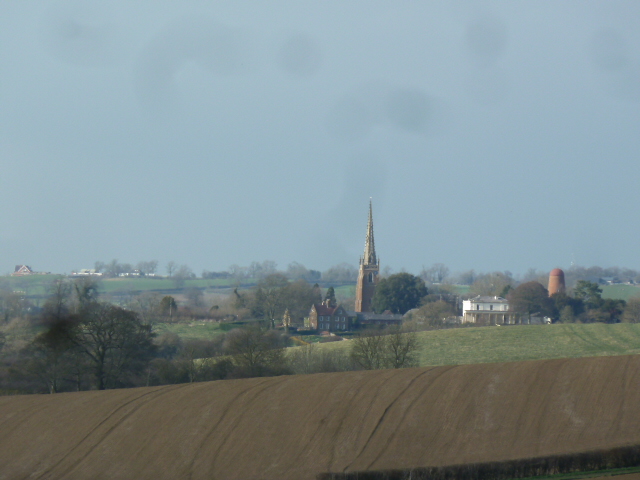 Braunston church,  from my vantage point in the fields to the west. 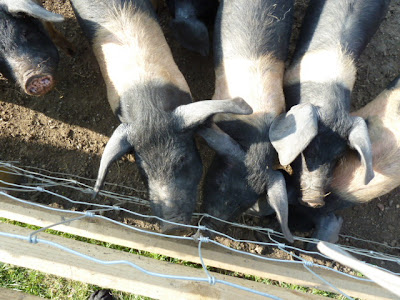 And out yesterday I made the acquaintance of these little guys 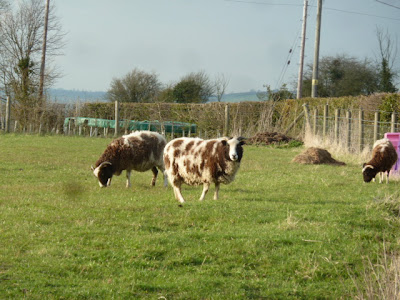 What type of sheep is this? 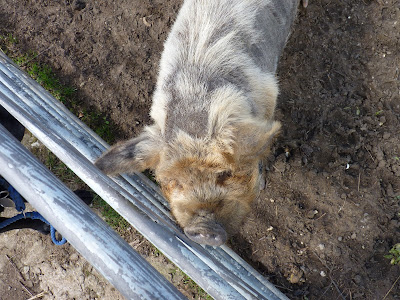 and a very sociable Kune Kune pig ( I think) 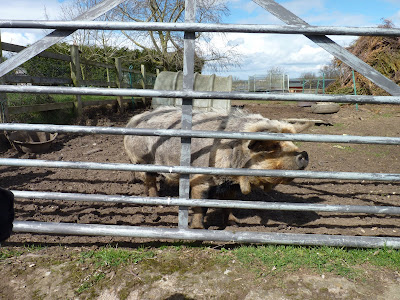