With only about two an a half miles and three locks to cover to get us from Aylestone to Leicester, our next destination, we delayed our start until 8.30 hoping that moorers in Leicester would have moved off leaving us somewhere to moor up.  We needn't have worried, you could moor the Fleet (diminished though it is) in Leicester and still have room to boogie. 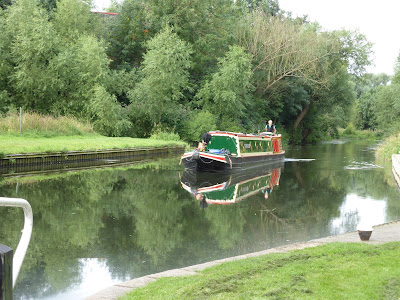 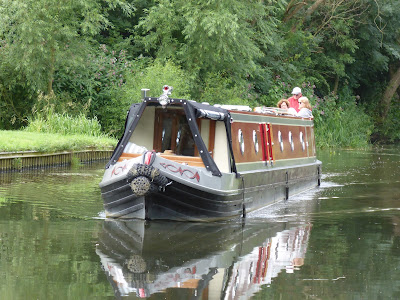 Here comes the hired helped, Nb What a Lark with lock buddies Lisa and Verity aboard 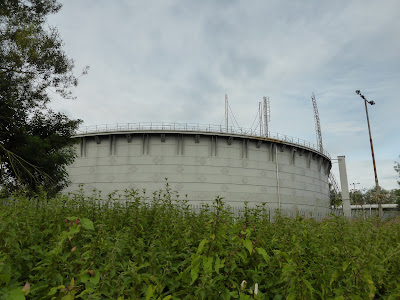 I walked the dogs into Leicester passing a former Gas works and a current Dye factory , below. 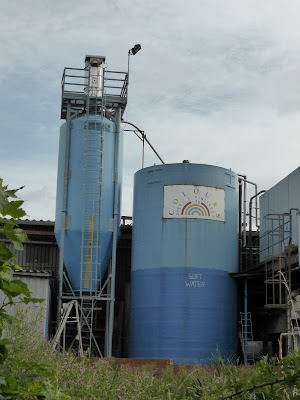 One of what were the many dye works that used to pollute the River Soar with their effluent.  Now things are cleaned up and the River Soar is a clear and attractive watercourse. 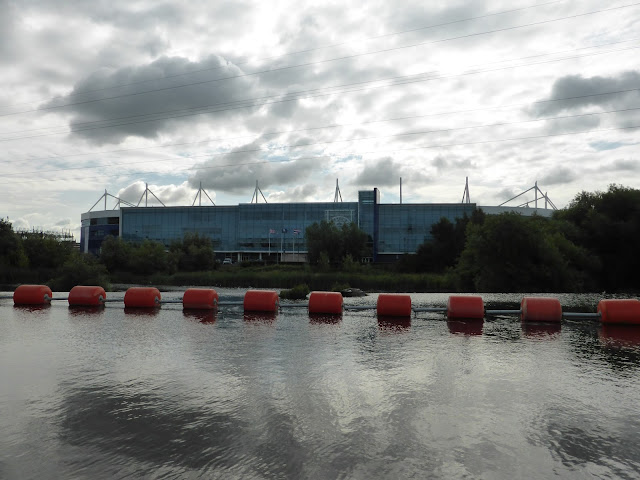 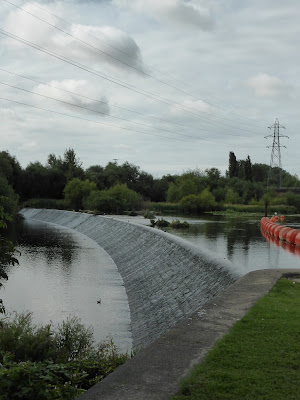 The enormous weir that borders Freemans Lock and fronts the football stadium
. 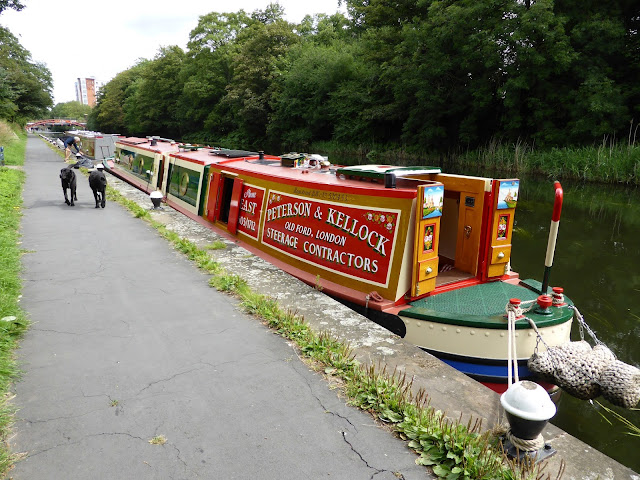 Moored in Leicester
I went ahead to check the likelihood of getting on the Castle Park pontoon moorings but they were full so we moored on the Mile Straight.    We had spoken to a crew of a boat that had moored on the Straight the previous night, who had in turn spoken to a Police Officer, and had been assured that it would be quite safe to do so.   The moorings were fine and plentiful and we really enjoyed our stay in the City.
We explored during that day and in the evening we went to THE BEST INDIAN RESTAURANT WE HAVE EVER EATEN IN.
This place is a must try for anyone visiting Leicester and was recommended to the group by Mike and Denise of Nb. Densie.  Take a bow Mike and Denise, a great choice.  The restaurant is Kayal and specialises in Kerala cuisine from Southern India. 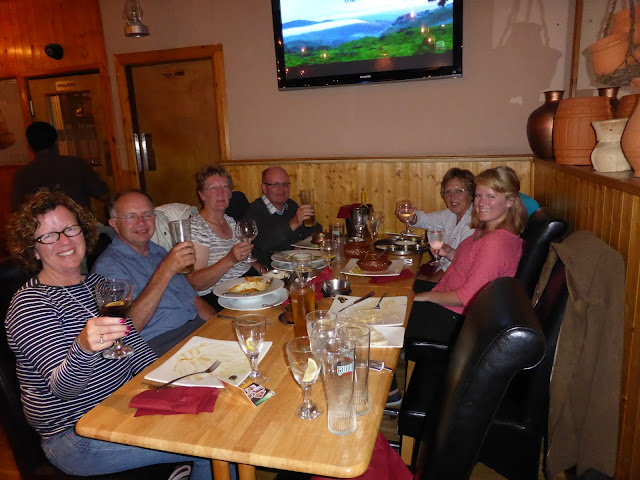 After a delightful meal in Kayal..
L-R Lisa, Mike, Denise, David Me, Verity and Joe on drums camera