The leaving of Leicester was sharpish, an 07.30 start, as we were going to put in a big day in order to get us near to Loughborough.   Lisa and David's daughter Verity is heading back home and needs to catch a train on Thursday so it is destination  Loughborough by then.  The chat early in the morning as we prepared for the off was who managed to sleep through the hovering police helicopter and police on the towpath in the early hours; answer, David, Verity and Me.  I think is was jolly considerate of the local constabulary to time all that noise and confusion for when the majority of us were well into deep sleep mode - Joe and Lisa were less impressed.  Just goes to reinforce the adage, You can't please all the people all the time... 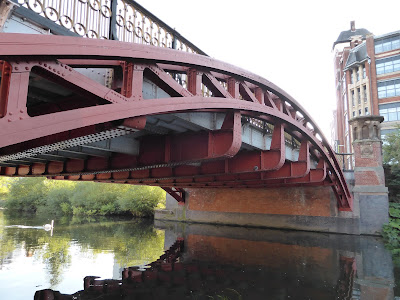 Passing under the first of many bridges across the R.Soar in Leicester
It was a really lovely sunny morning as we got away.  I set off on foot with the dogs, and remained on foot until we reached Mountsorrell lock, some eleven miles later.  Once through the Mile Straight we pass the remnants of Victorian industrial architecture and its modern equivalent and arrive at our first lock of the day, North Lock. 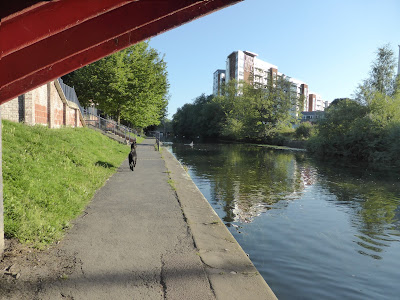 The embankment on Mile Sraight 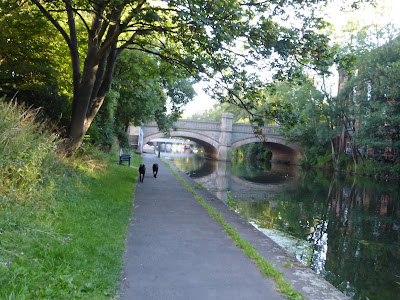 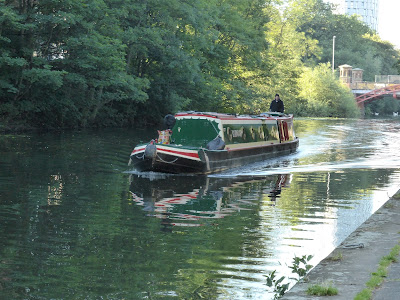 Yarwood following its crew along the straight 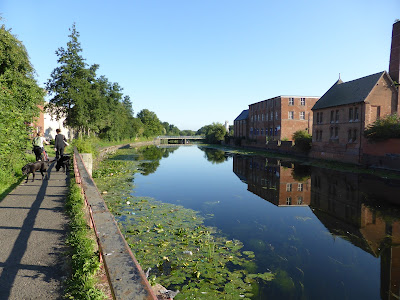 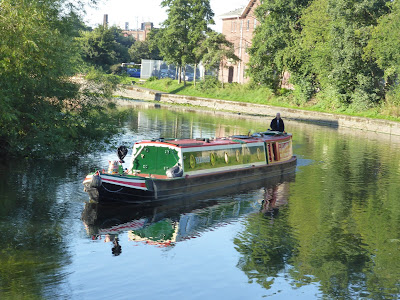 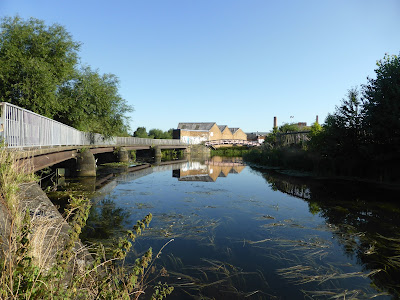 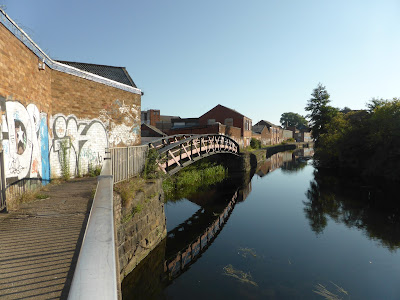 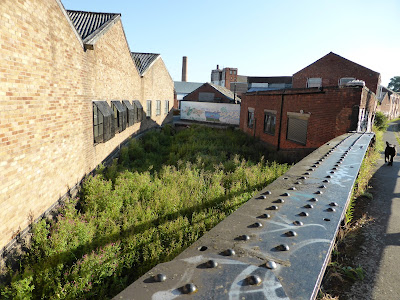 The weed filled remnants of a former wharf 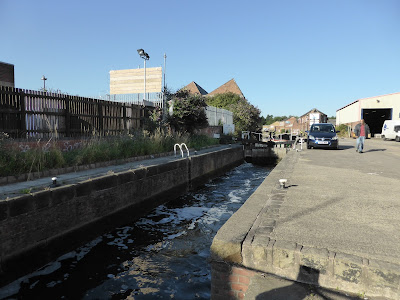 North Lock
Arriving at North lock I found the gate paddles up and the bottom gates open and this proved to be the case with the next three locks.  Someone obviously lives in their OWN world and doesn't think the petty fogging instruction to close gates and drop paddles applies to them and if others are affected by that take on things, sod 'em! 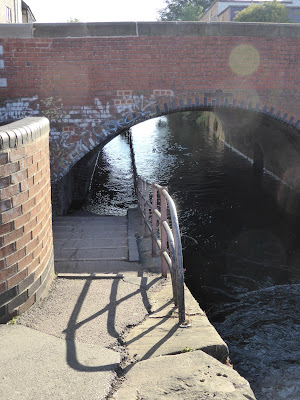 The towpath below North Lock was flooded so we crossed the busy road and rejoined the towpath on the other side. 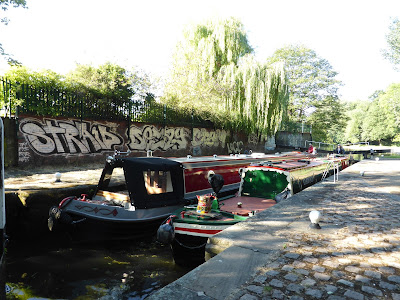 Limekiln lock- this is where Fletcher fell into a half full and icy lock on our first cruise years ago. 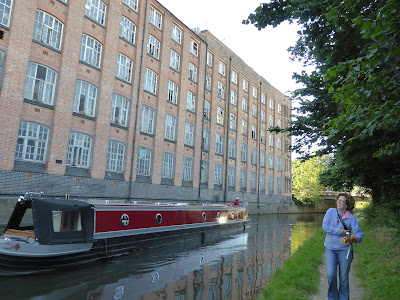 A bit of Victorian industrial building ....and Lisa, who is not Victorian 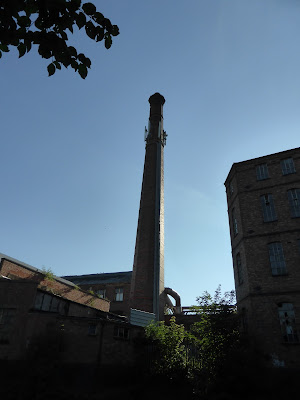 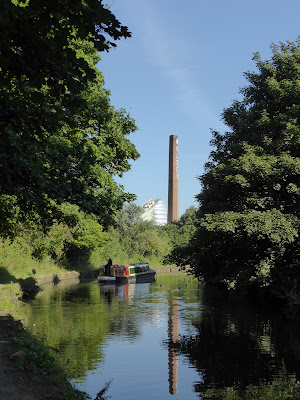 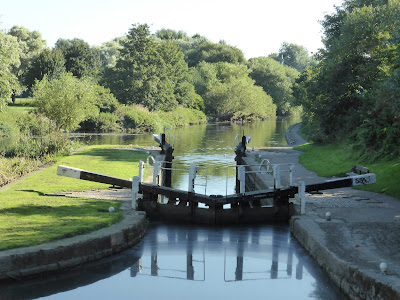 Oh look, another lock with the paddles up and the gates open 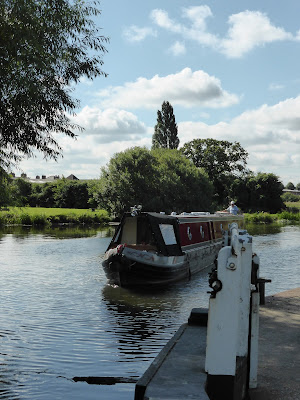 What a lark coming into Thurmaston lock 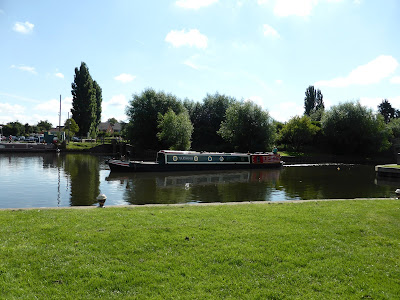 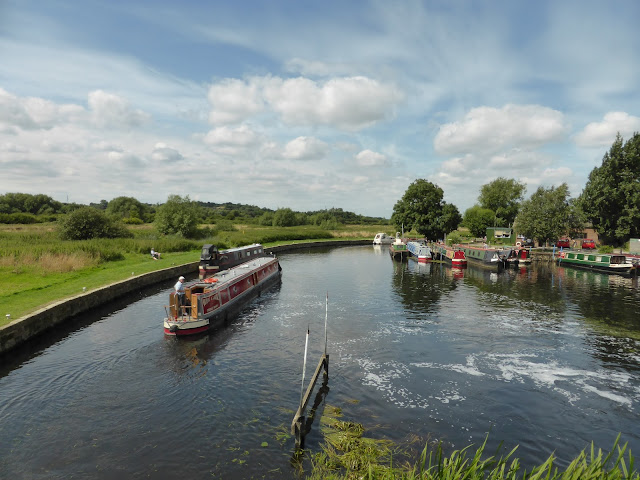 What a Lark heading out past Sileby Mill 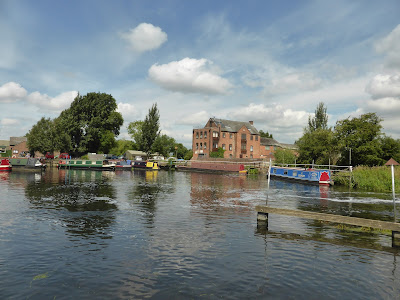 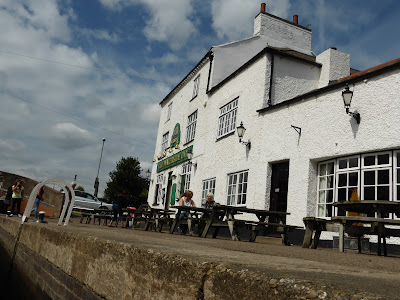 The Waterside Inn beside Mountsorrel lock.  Here I loaded the dogs on the boat and joined Joe for the next stretch to Barrow-upon-Soar where we were going to call it a day 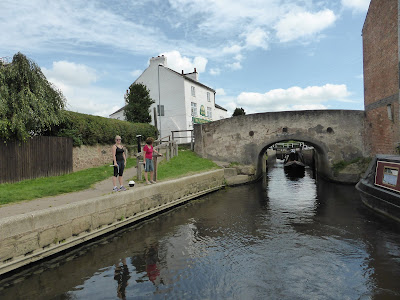 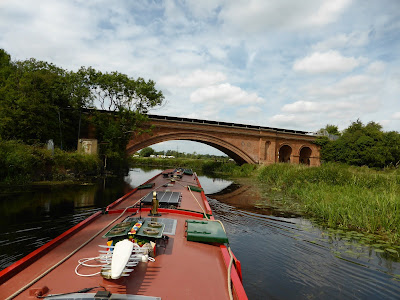 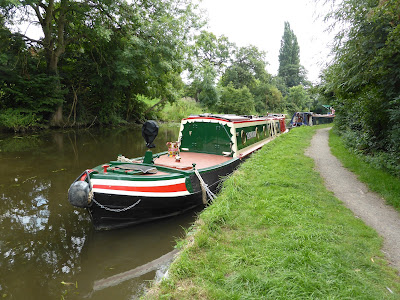 Capturing the last of the moorings at Barrow, on a bend but with a bit of wangling we can get both boats in...we think 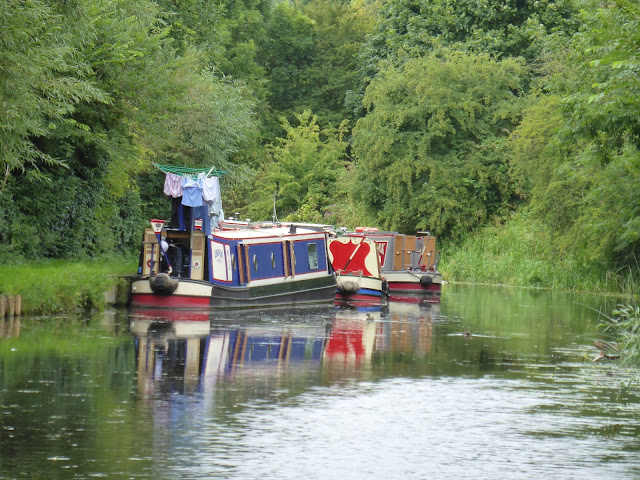