After spending a month of Sunday's attempting to load photo's yesterday evening I have a choice today, reload them and get them in the order I want them, i.e.  chronological, or say 'sod it' and crave the reader's forgiveness for the haphazard presentation.
I'm pondering.

So that will be 'sod it' and pray forgive my easy surrender to technical glitches  and the chaos that is this post.

The 'two rivers' referred to in the post title are the R. Soar and the R. Trent.  For the past week we have been travelling on the GU Leicester Arm and that travels on sections of the River Soar along its course, then joins the Loughborough section and finally the river again as it runs into the R. Trent.

Saturday saw us mooring at Zouch (pronounced Zotch) where we enjoyed our 'last supper' with Lisa and David at The Rose and Crown.   On Sunday morning we pulled pins and headed off together for the last stretch of the R Soar before we parted company, What a Lark headed on to the Trent and Mersey canal and Yarwood off to Nottingham.

So, to the picture record,
in no particular order....we have 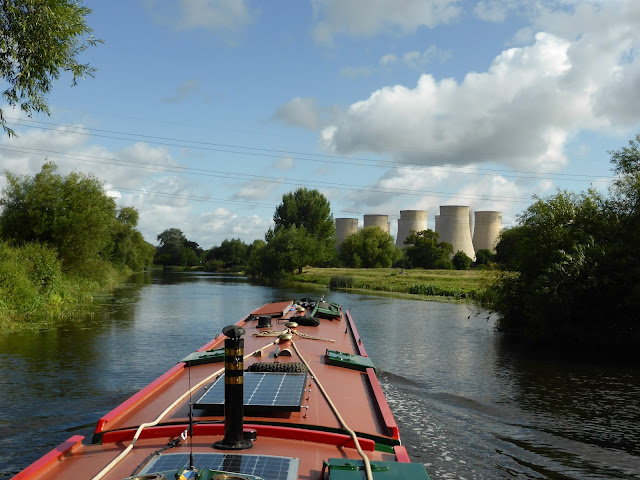 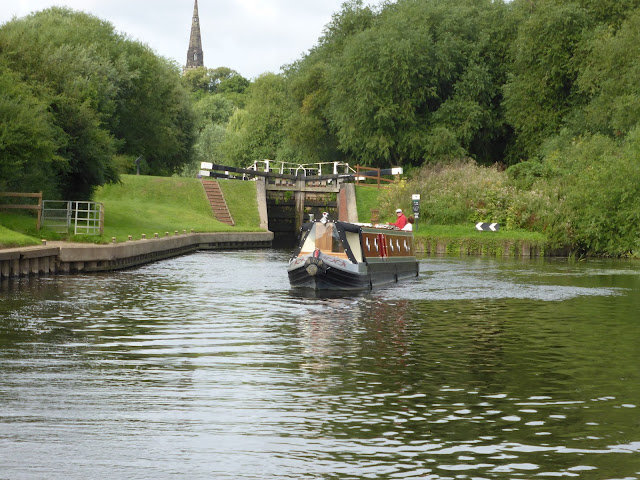 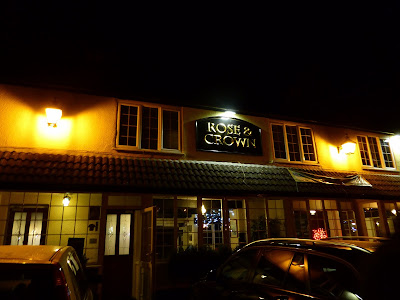 The scene of our 'last supper', The Rose and Crown Zouch. 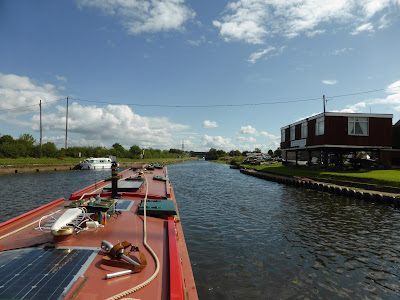 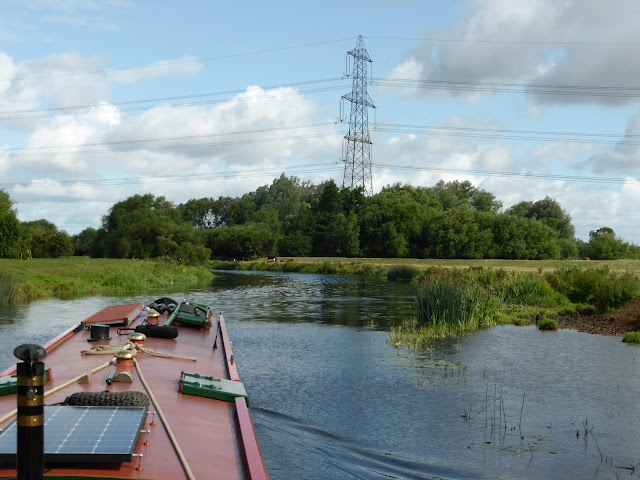 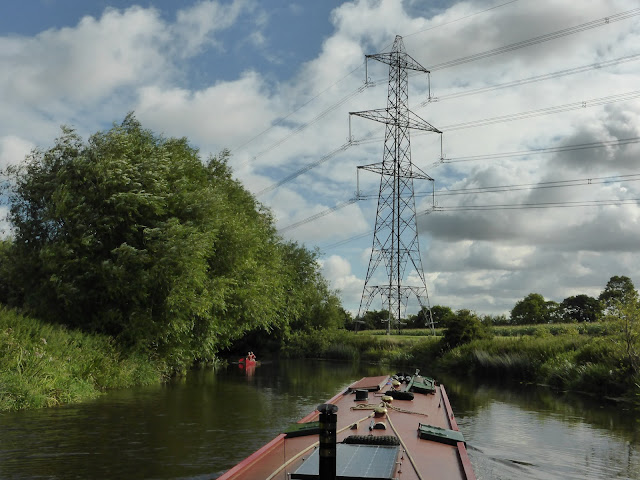 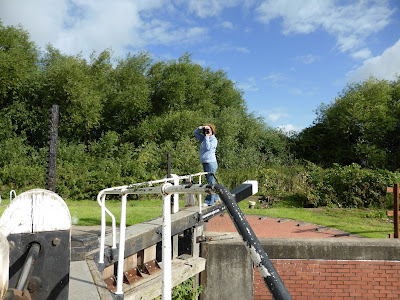 Lisa aiming a camera at people 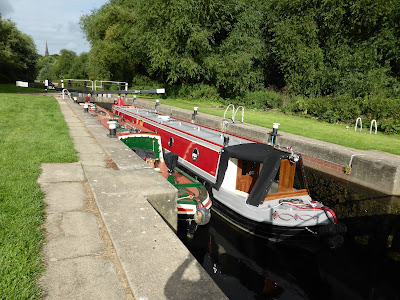 Yarwood and What a Lark share Kegworth Deep Lock
I had ridden my trusty bicycle across cow pastures and through herds of inquisitive heifers, shepherded two Labradors round, through or past cattle, lifted the cycle - which is purported to be light weight but isn't when being held at shoulder height -  to get it over gates between Zouch and Kegworth.  The use of the bike was so that I could keep head of the boats, prepare the locks and exercise the dogs before they were confined to the boat on the R.Trent. 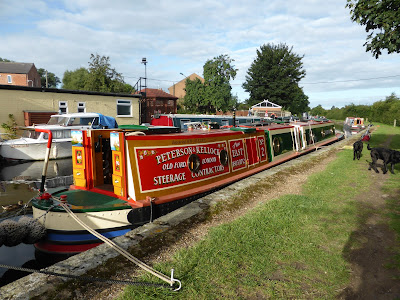 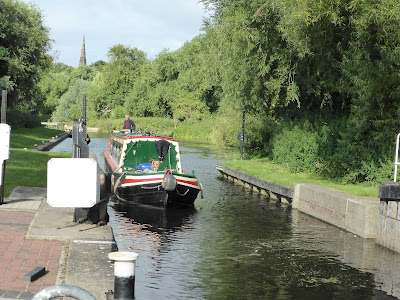 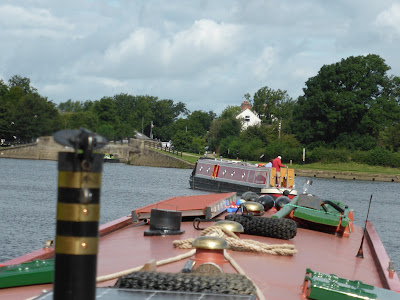 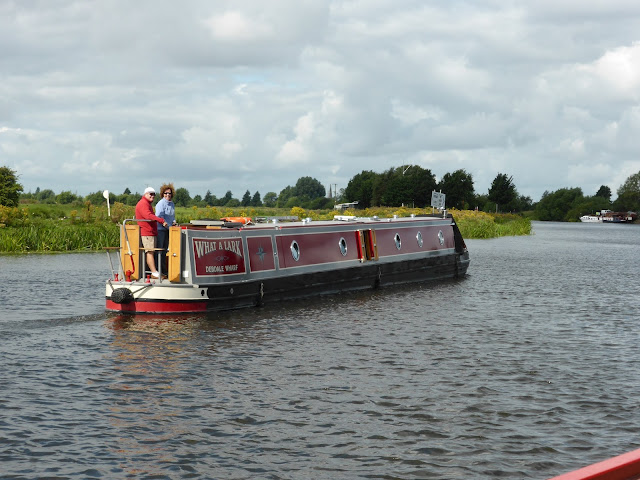 There they go, David and Lisa on the lovely What a Lark 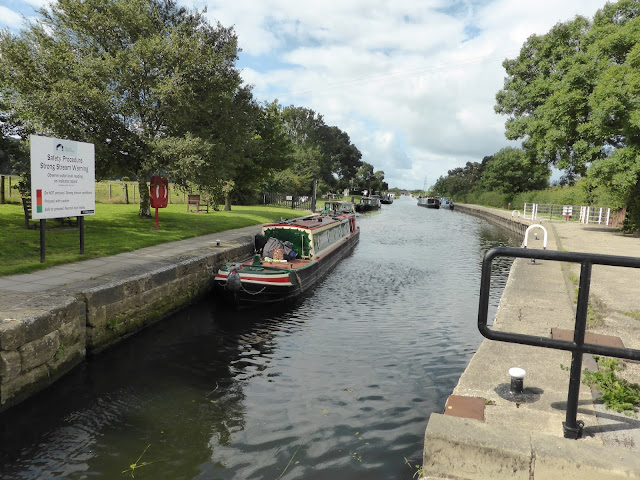 Yarwood on the lock landing at Cranfleet lock 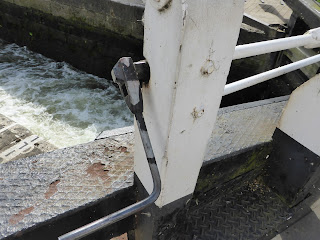 Someone got a job-lot of windlasses because all the locks on the Beeston canal so far have a windlass welded to each paddle gear mechanism. 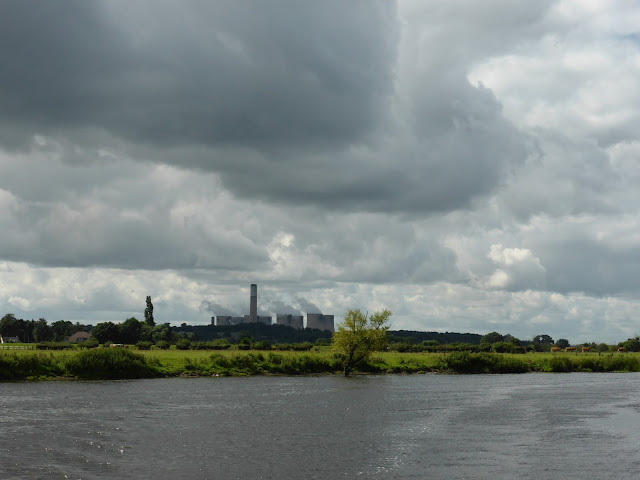 Our second river of the day, the R. Trent and yet another view of Ratcliffe power station 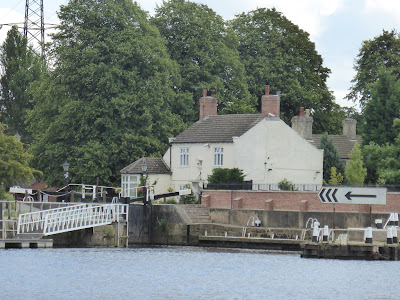 The approach to Beeston lock taking us from the river Trent on Beeston Cut. 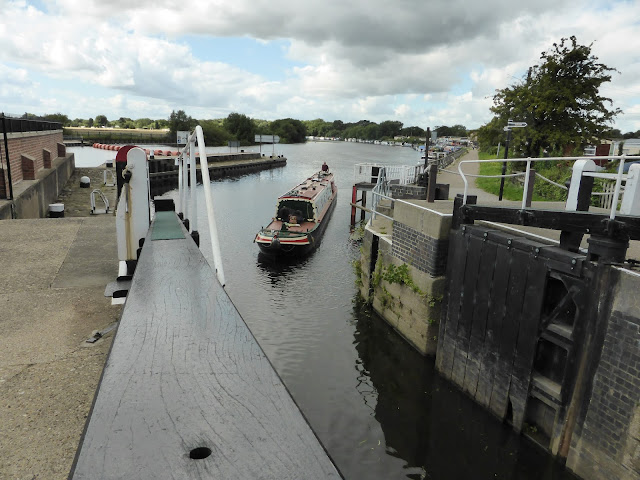 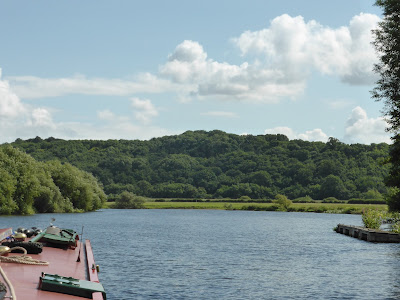 Cruising the R. Trent
Posted by Nb Yarwood at 12:33