What a little lager can do...

Things have been quite busy at the lower end of the Trent and Mersey Canal over the weekend, lots of boat activity through Derwent Lock, lots of walkers, dog walkers and just a few cyclists. We have also been entertained/horrified/annoyed by two separate groups of idiots on small GRP cruisers.  The first group were 'merry' and getting 'merrier' by the moment and determined to 'spread the luvve' with as many of their friends as possible - loading the boat with so many people that it wallowed rather than floated and capsize seemed imminent.  A boat that would have been comfortable with four and coped with six was laden with a dozen adults and three children.
Beggars belief. 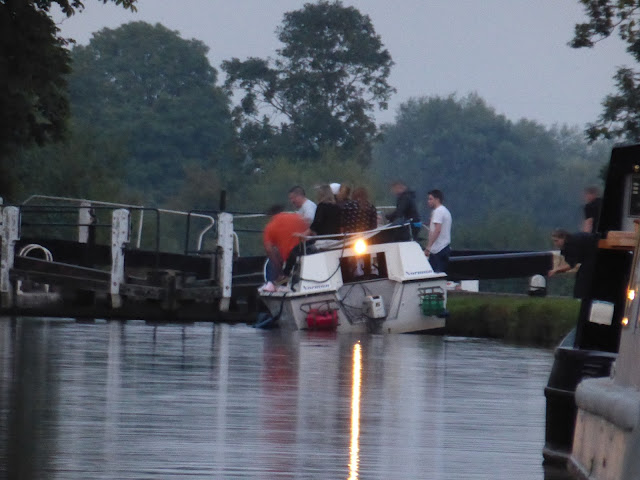 Locking whilst under the influence
Later in the evening, around dusk, the second cruiser came screaming along the canal from the direction of the lock.  Going past Yarwood they attempted to turn the boat and hit first the bank then a moored boat and then the bank and boat again before scrapping past us again.   Nine or ten  aboard this time, way over the safe limit for the vessel and all quite inebriated.  Off they went again towards the lock, happily shouting and squealing as they then attempted to lock themselves down onto the River Trent and Derwent Mouth.
Presumably they made it.
This time.