We were up with the lark dogs on BH Monday and decided to move on towards Weston-upon-Trent, stopping to fill the water tank at Shardlow wharf before hooking up with another boat for a couple of double locks. 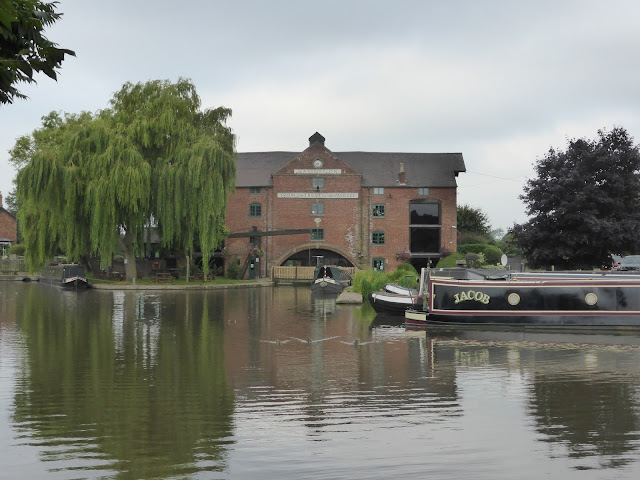 Trent Mill, aka Clock Warehouse, the centre piece of the canal architecture in this former inland port
. 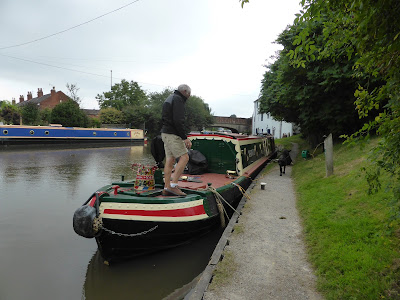 Filling with water at Shardlow 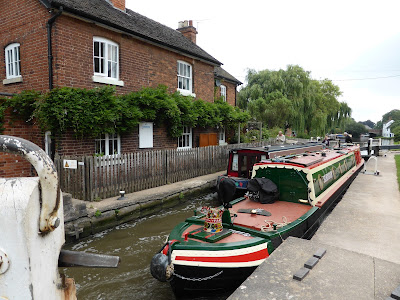 Shardlow Lock, our first lock of the day 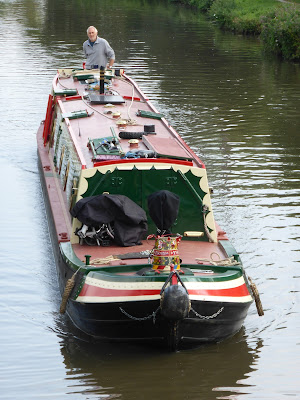 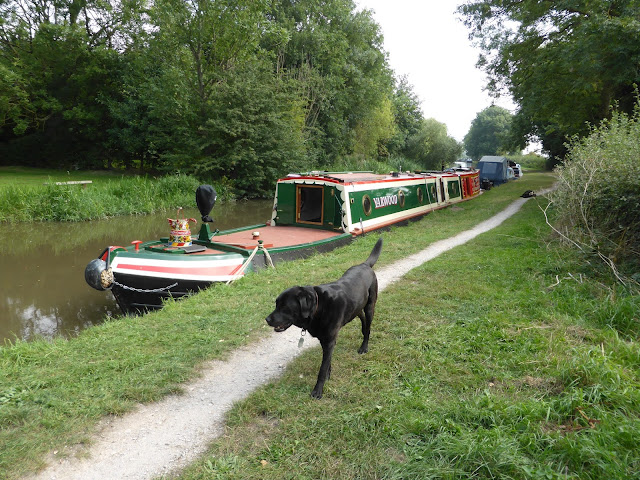 Moored up at Weston, all of 4 miles, 3 locks and only a couple of hours after starting out.
We took full advantage of the tank of piping hot water that the engine had produced on the short cruise and had long and luxurious showers before changing into something tidier and walking up into the village to try out the local inn.  The dogs came too and this allowed Joe to see Floyd's Style Performance.  Nothing new for me having to hoick five and a half stone of Labrador over a style/gate/fence but Joe had yet to participate in this activity and here was his chance as I stood back and let him manhandle our dozy dog over the two styles en route to pub. 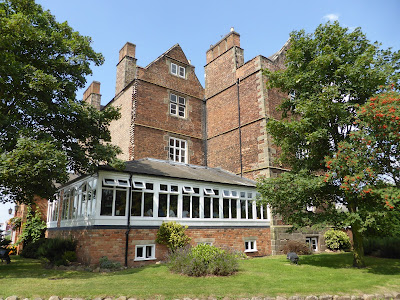 Cooper Arms Weston circa 1633
The Coopers Arms, formerly Weston Hall, is just on the edge of the village and is one of those 'destination venues' rather than a local.  A fine early 17th C building, formerly the Big House and now a pub/carvery with lots of seating outside beside a carp lake/fishery.  It was a lovely sunny day and there were plenty of families enjoying lunch though we gave that a miss as I had agreed to cook a roast...
and that on one of the hottest days of August!
Posted by Nb Yarwood at 16:35