In the middle of nowhere..

Nanook of the Fens here, full wet weather gear today as we pull pins out of the gloop and leave our mooring on Midsummer Common in Cambridge.   We moved off upstream towards the water point at 8.30 as arranged the previous evening Nb. Matilda Rose who were going to follow us 30 minutes later. 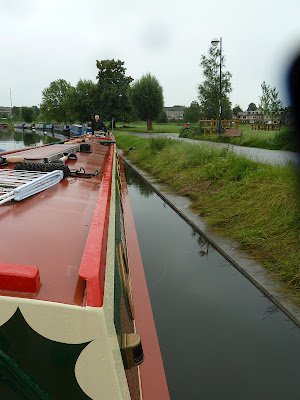 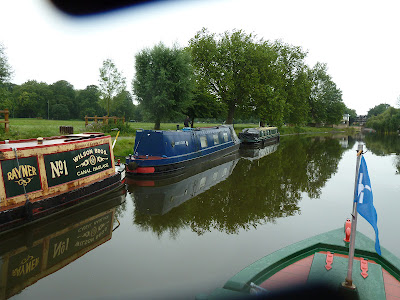 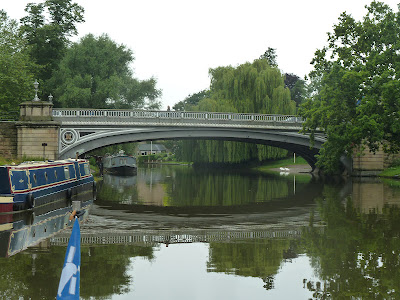 Ten minutes after arriving on the water point by Jesus Lock MR turned up so we breasted up and got both boats watered and serviced. 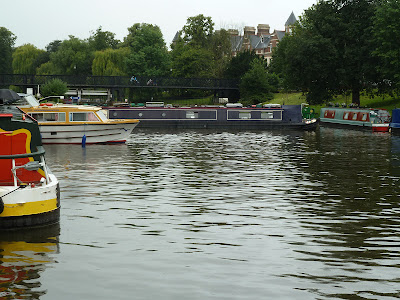 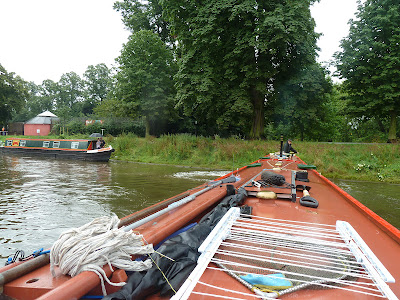 We breasted up again on the railings next to Tesco, climbed the ladder and hoisted ourselves over the railings - rather elegantly I might add  - to get the weekend provisions in.  Once that chore was out of the way we we off down stream again to our first lock at Baits Bite. 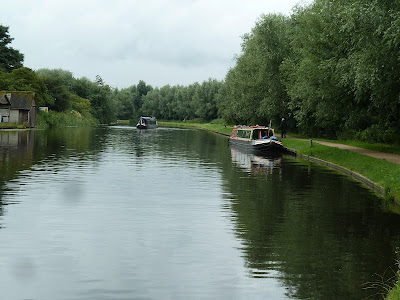 Yarwood moored at the Baits Bite lock landing with MR hovering while I get the lock prepared. 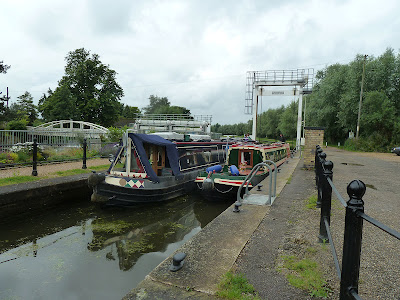 Both boats in Baits Bite lock and me feverishly pressing control buttons - up 'slackers'/down slackers'
I cleared off inside to get a lovely hot shower en route to our next lock at Bottisham.  MR were in the lead now so Jill would get that lock sorted whilst I luxuriated in loads of piping hot water..
We were soon at our weekend stop,  EA moorings near to Upware but essentially in the middle of nowhere as there is no road access and therefore...no road noise, heaven!! 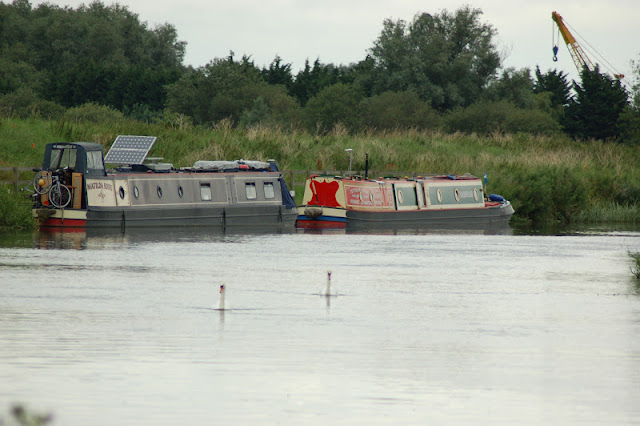