Time for a Lark

What a glorious unexpected pleasure yesterday turned out to be, wall to wall sunshine!  Back to 'normal' today though...rain and more rain.
Anyway yesterday was to be our last day in Ely and the day started with an early perambulation with Floyd and Fletcher followed by shower, breakfast and a trip into the city for a haircut.  The previous day we (Jill and me) had finally found a hairdresser that didn't feel the need to charge thirty quid to do the job.  Half an hour after presenting ourselves at the shop we we both out on the street shawn of our mop tops and only £25 for the two of us.

After lunch it was a quick dash in Graham's car to St. Ives and an appointment with their dentist ( my dentist as well following our visit to these parts two years ago).  Jill went for an extraction, Graham a check up and S&P and I went because I wanted to poke my nose in Imray's, the map and chart publishers, that are based in the town.   I came away with information about the charts and books on the French canals...yes, we are starting to think about the possibility of taking Yarwood to the Continent in the future.

Back at the boat after our return from St. Ives we were untied and away in ten minutes, following Nb Matilda Rose down stream towards the River Lark, a tributary of the R. Gt. Ouse and our weekend destination. 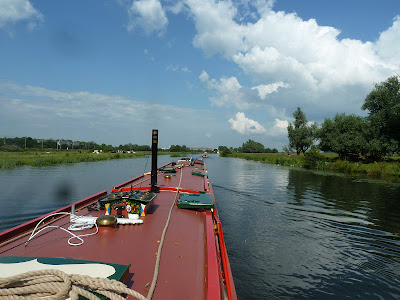 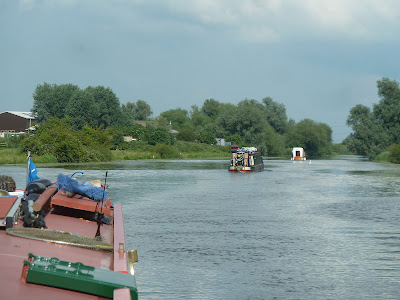 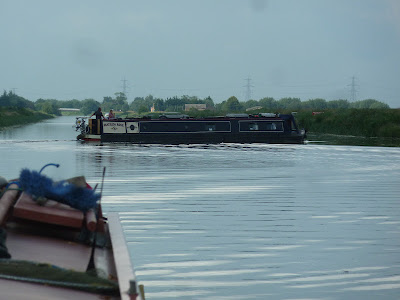 Matilda Rose making the turn into the River Lark.  We have both pulled over to the left hand bank to get the space to turn the boats. 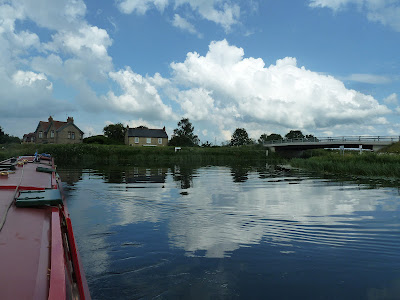 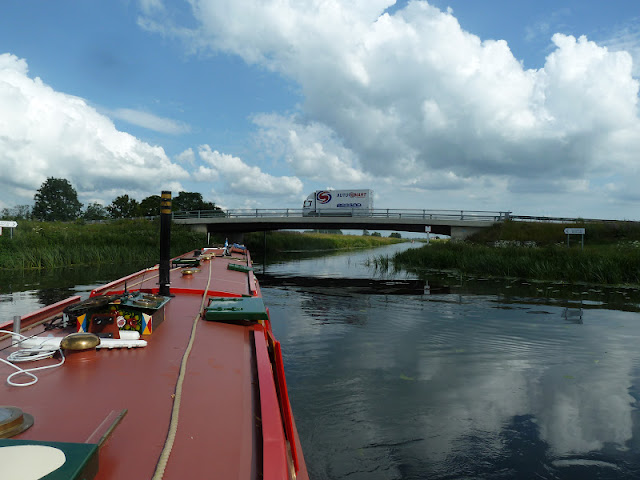 Entrance to the Lark 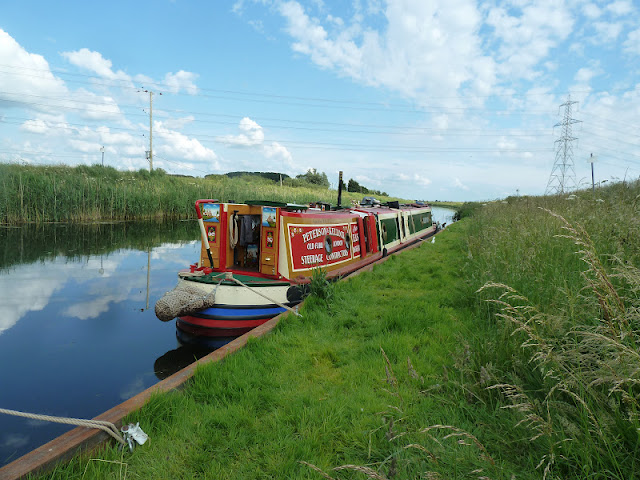 Moored up on the EA moorings at Toms Hole farm