Tuesday night having escaped the R. Nene we spent the night at Gayton at the top of the Northampton arm, wisely our travelling companion Steph on Nb Witchboy had moored further along on the Grand Union where she undoubtedly enjoyed a nights sleep....
Himself had wanted fuel so we moored beside the A43
I spent the night playing Scrabble on the DS and reading and Knitting and making tea - note to self, DO NOT MOOR here again.

Wednesday morning at an extremely early hour we moved across to the fuel pumps at the marina watered and emptied cassettes and rubbish and awaited the opening of the facilities.  When they opened an extremely pleasant and helpful gentleman explained that his fuel was too low in his tanks to risk filling us up so we went, so to speak. 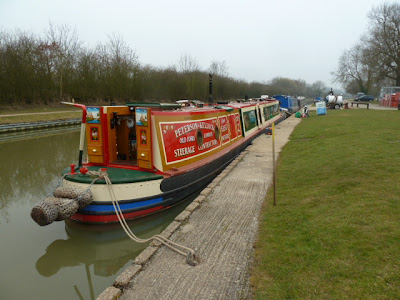 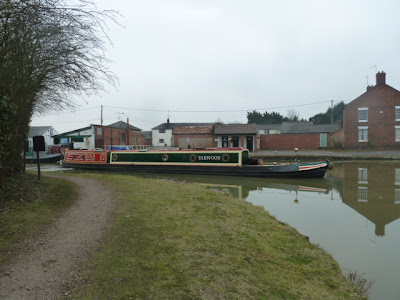 Yarwood turning on to the Grand Union from the Northampton Arm
I came across Nb. Witchboy again as I walked the towpath with the dogs and asked Steph about a another fuel supplier further along the canal she had mentioned which allowed self declaration.  We soon came across the supplier at Tarry's coal yard and filled the genny tank and three cans at 90p per litre. 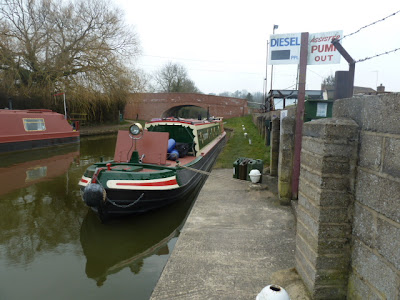 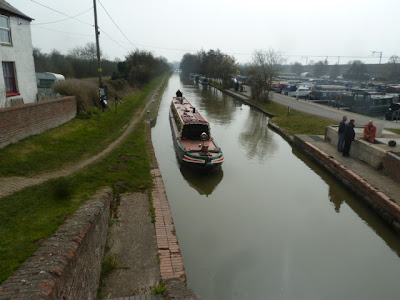 Yarwood approaching the start of the Bucky flight of locks
I had taken the bicycle off of the boat and headed off with the dogs to prepare the locks that would take us up to Norton Junction - I might add that the dogs didn't do too much lock preparation!
A boat had been ahead of us and we were hopeful that we had someone to share the locks with but just as we approached the first lock at Whilton another boat pulled out (clever bugger) and left us as Nobby-no-mates.
It looked like we were alone but just as I closed the gates on Whilton lock another bow appeared in the distance...we waited.
However, sadly the journey up the flight with this 'companion' was not a good experience as the MAN of the group turned out to be an ARSE with a giant chip on his shoulder but there you go, it takes all sorts as they say.
We moored below the last lock and had an earlyish night and I caught so much needed Zeds before Floyd woke me at 5am explaining, persistently, that he was just starved, no REALLY starved! 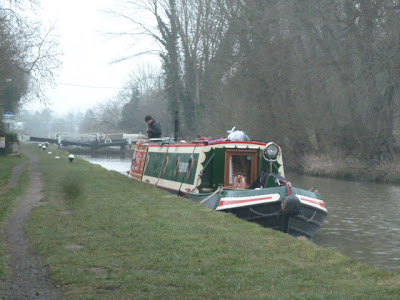 Moored Wednesday at Buckby
This morning early we pulled pins and headed off towards Braunston where we had a date with our favourite stalkers, Amanda and David. 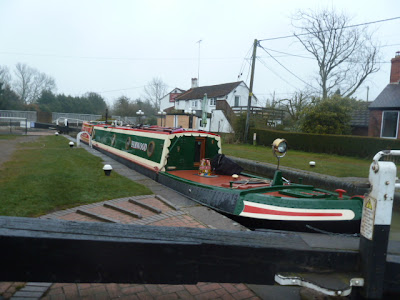 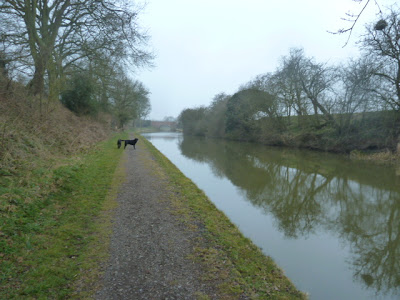 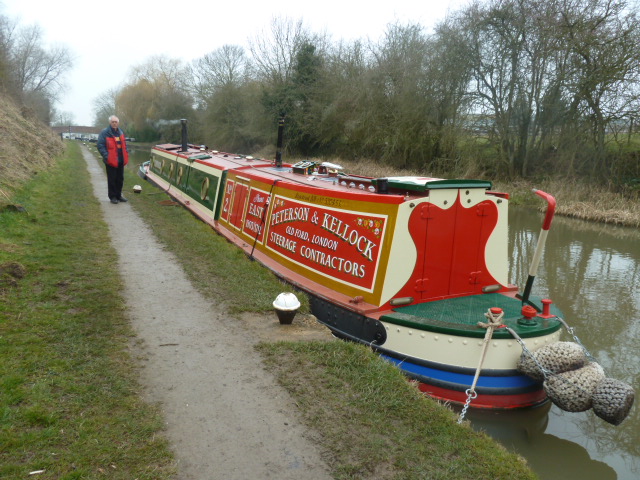 Moored above the top lock at Braunston
We arrived at 8.30, moored up in front to Jo and Keith on Nb Hadar and put the kettle on.  Jo and Keith joined us for a cuppa and a chat and three hours later, chat over, we wandered into Braunston for breakfast/lunch on the Gongoozlers Rest, a café on a narrowboat.  That breakfast hit the spot I can tell you!
Replete, we went looking for blog readers/stalkers Amanda and David and their friends, new boat owners, Lisa and David who have had built 'What a lark', a fine Fernwood 70 footer.  And what a beautiful boat that have, just lovely. 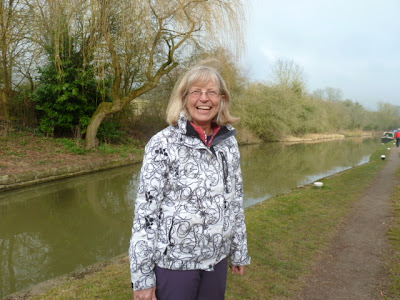 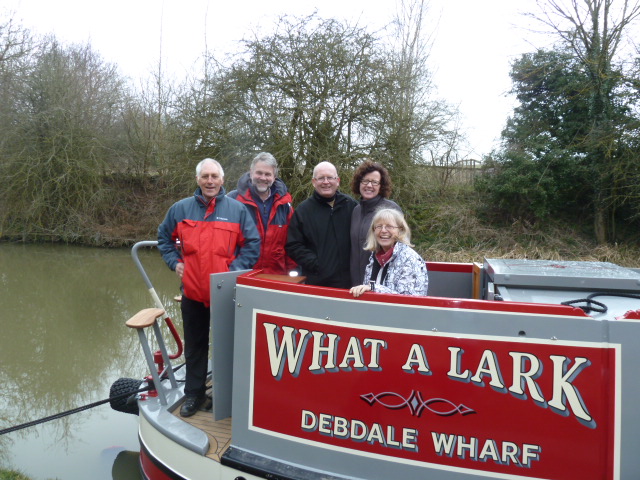 This bunch of riff-raff left to right are;  Joe,  Stalker David L, David and Lisa, the unsuspecting and generous owners of What a Lark and Stalker Amanda 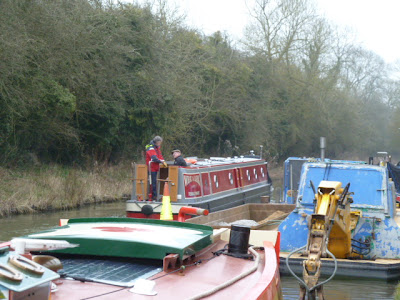 We cruised UP the Braunston locks in What a Lark and parted company as they headed off through the tunnel towards Norton Junction and Joe and I returned to Yarwood.
Posted by Nb Yarwood at 21:06