All of ...not quite two miles

We slipped away from Bugsworth Basins this morning having overstayed by 12 hours; but with permission granted.  First point of call was the service block where we did the usual stuff of filling and emptying different tanks  but we also took the opportunity to give the side of the boat a quick wash down to remove the layer of white/grey dust that she was sporting.. 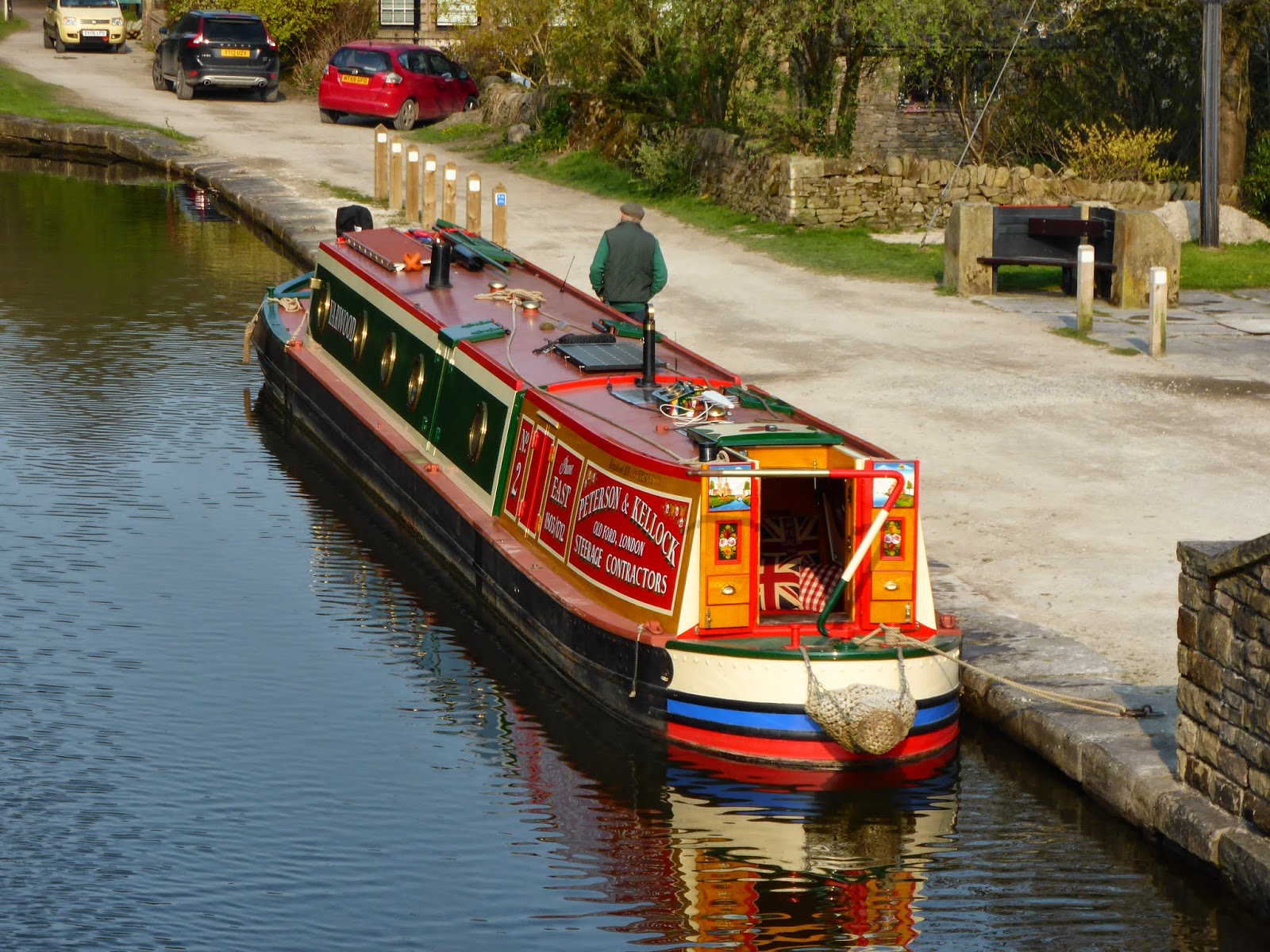 Yarwood on the services at Bugsworth Basins
I noticed just as we were about to move off again that the 'door mat' had been left behind on our weekend mooring so I scuttled back toot sweet to recover it.  It doesn't save that much mess getting in the boat because of the four of us that live on Yarwood, only two of us bother to wipe our feet..
but every little helps. 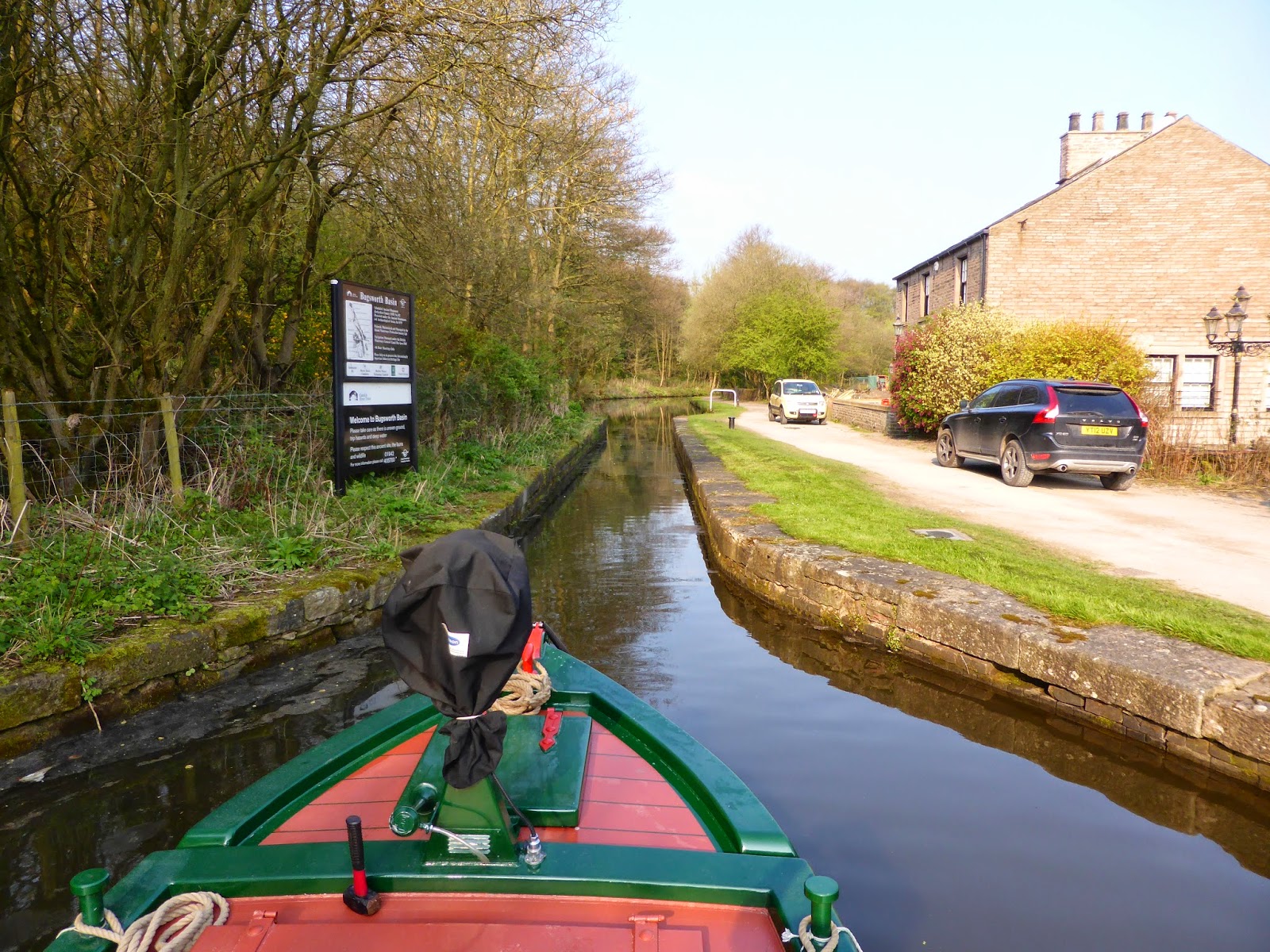 So off we go, through the gauging stop past the former Wharfinger's office and cottage where tolls would have been calculated and collected, and on to the junction where we managed to get on the last mooring so I could visit the Tesco store which is immediately adjacent. Twenty minutes later we are off again with supplies of fresh milk, bread and salad leaves sitting in the galley waiting to be put away later. 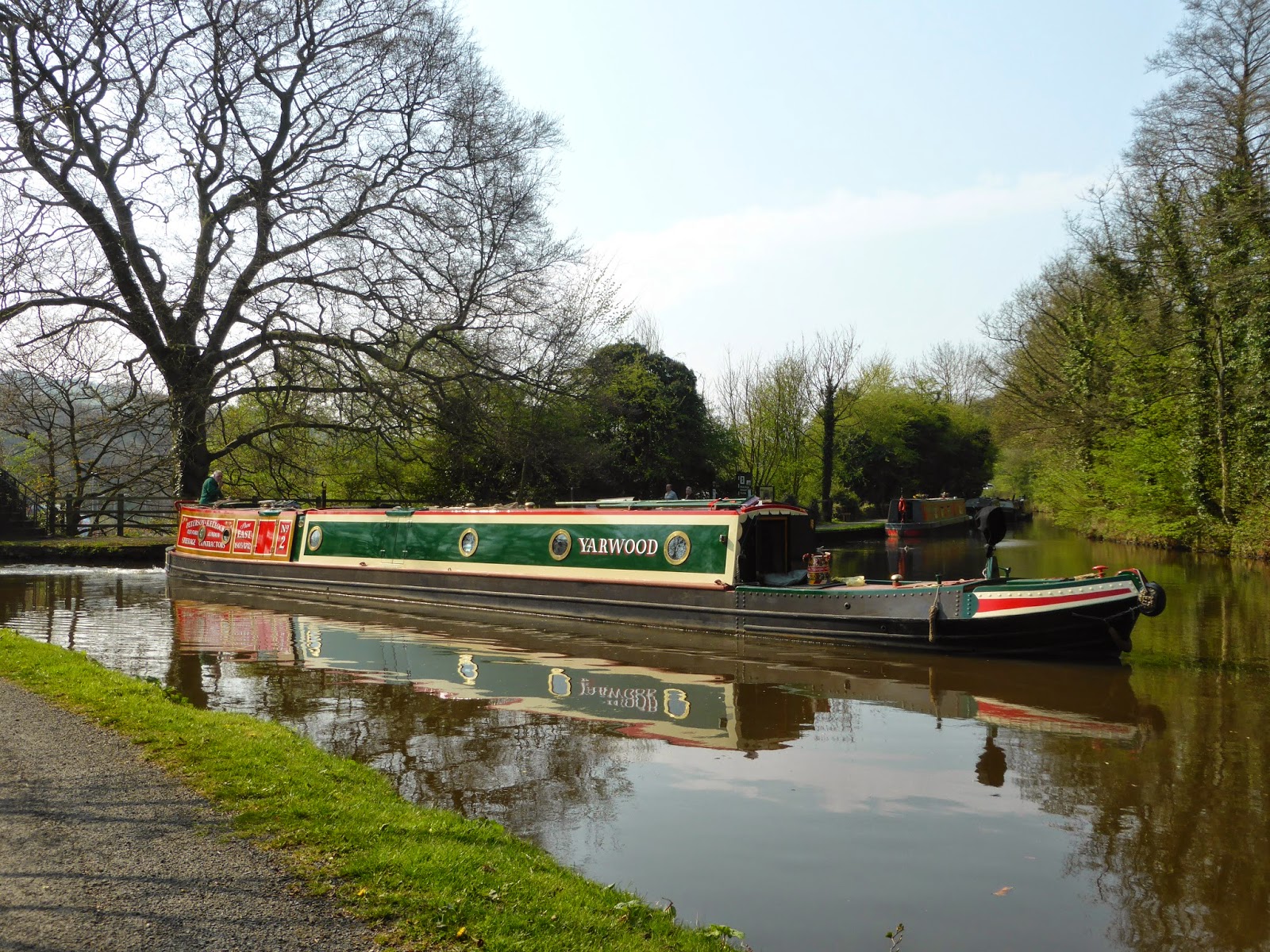 Yarwood turning back on to the Upper Peak Forest Canal 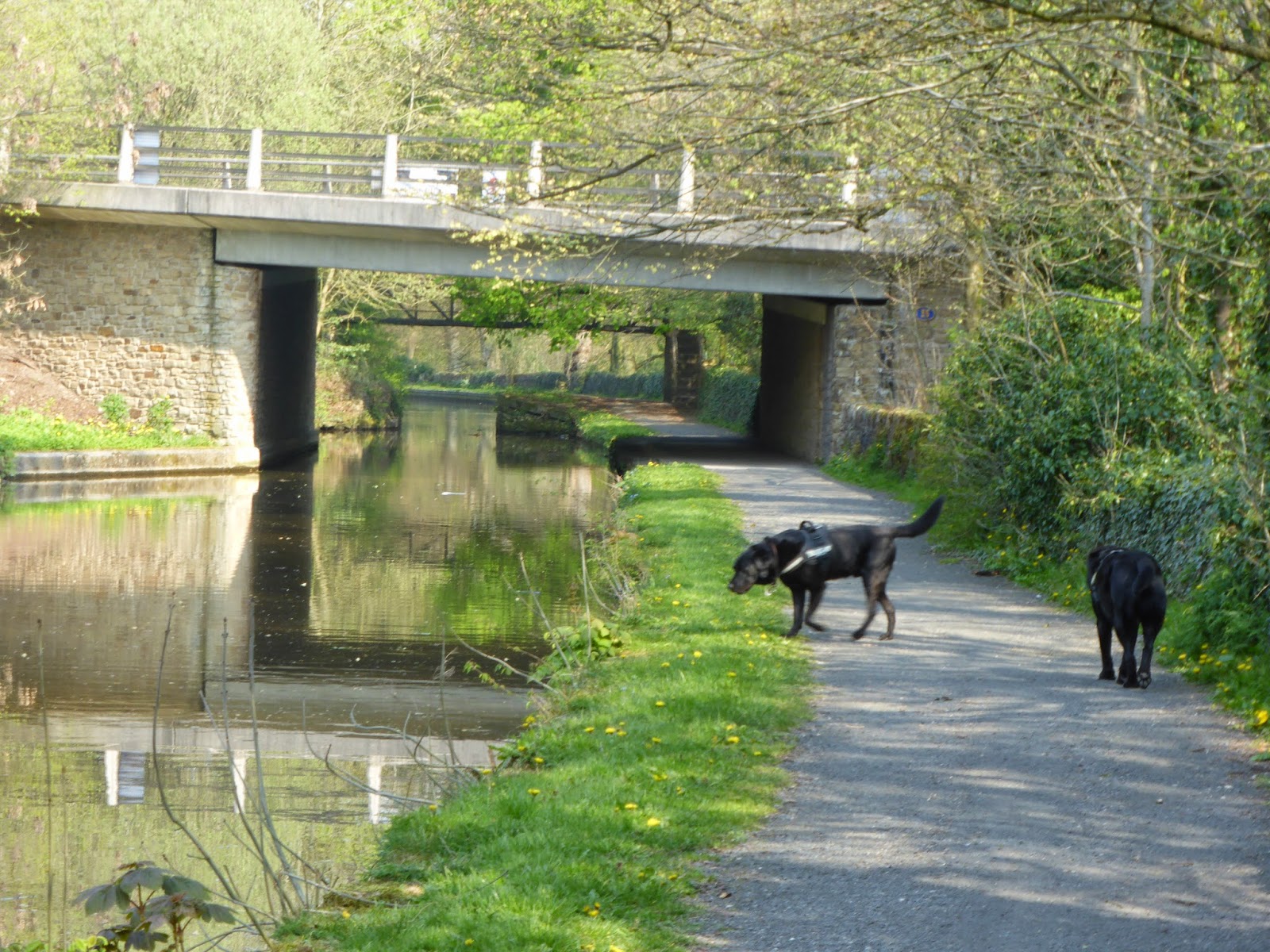 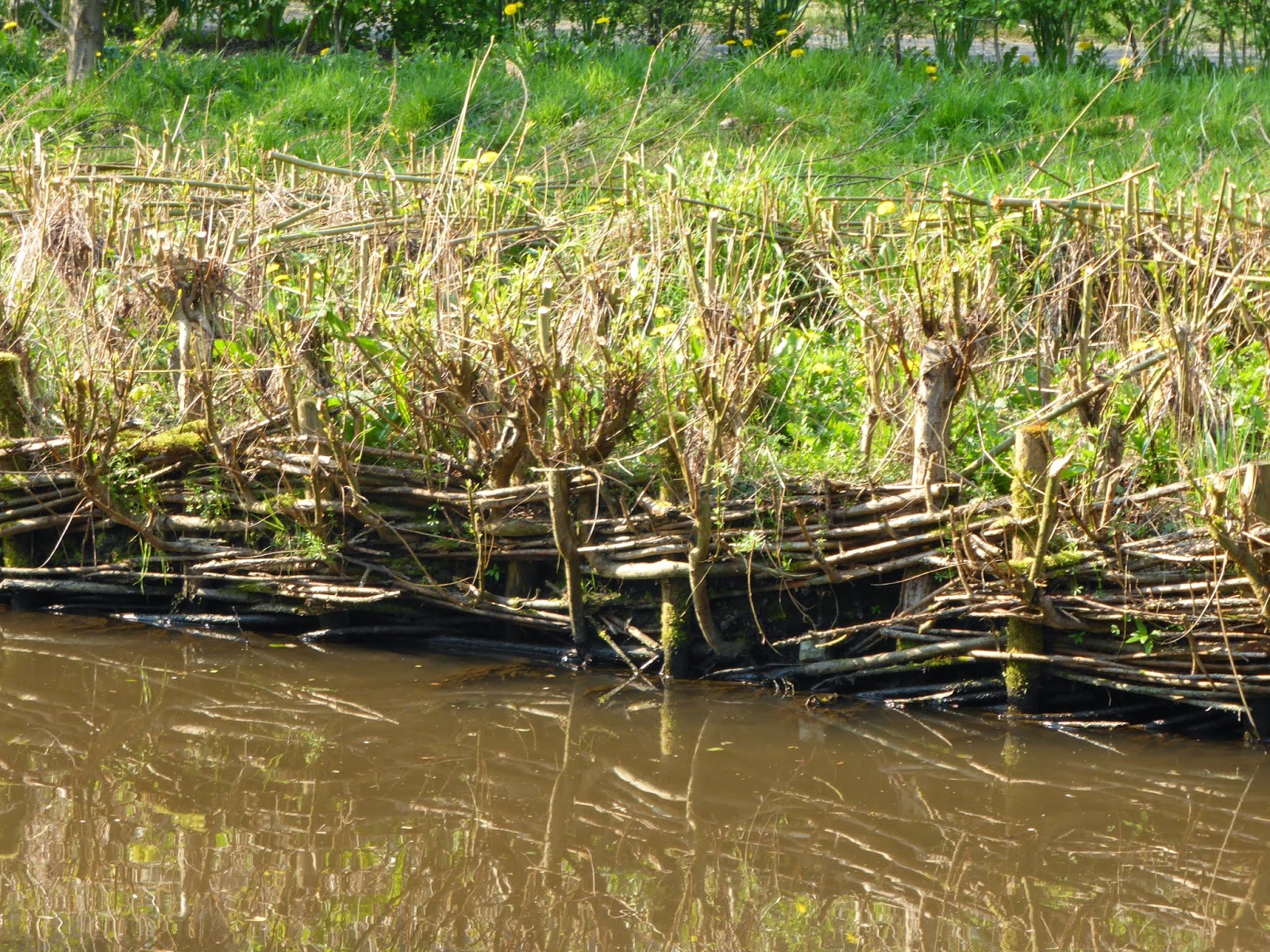 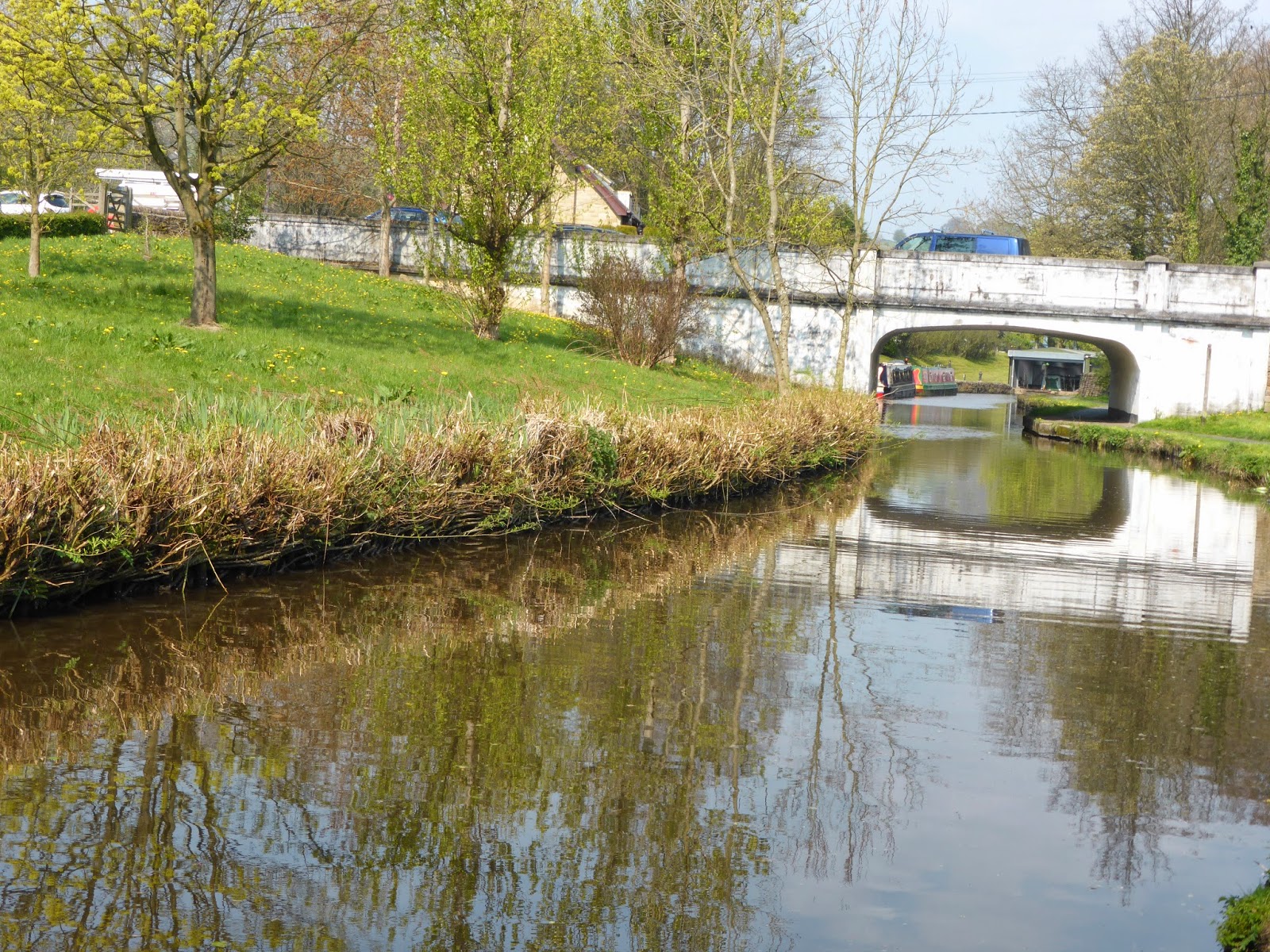 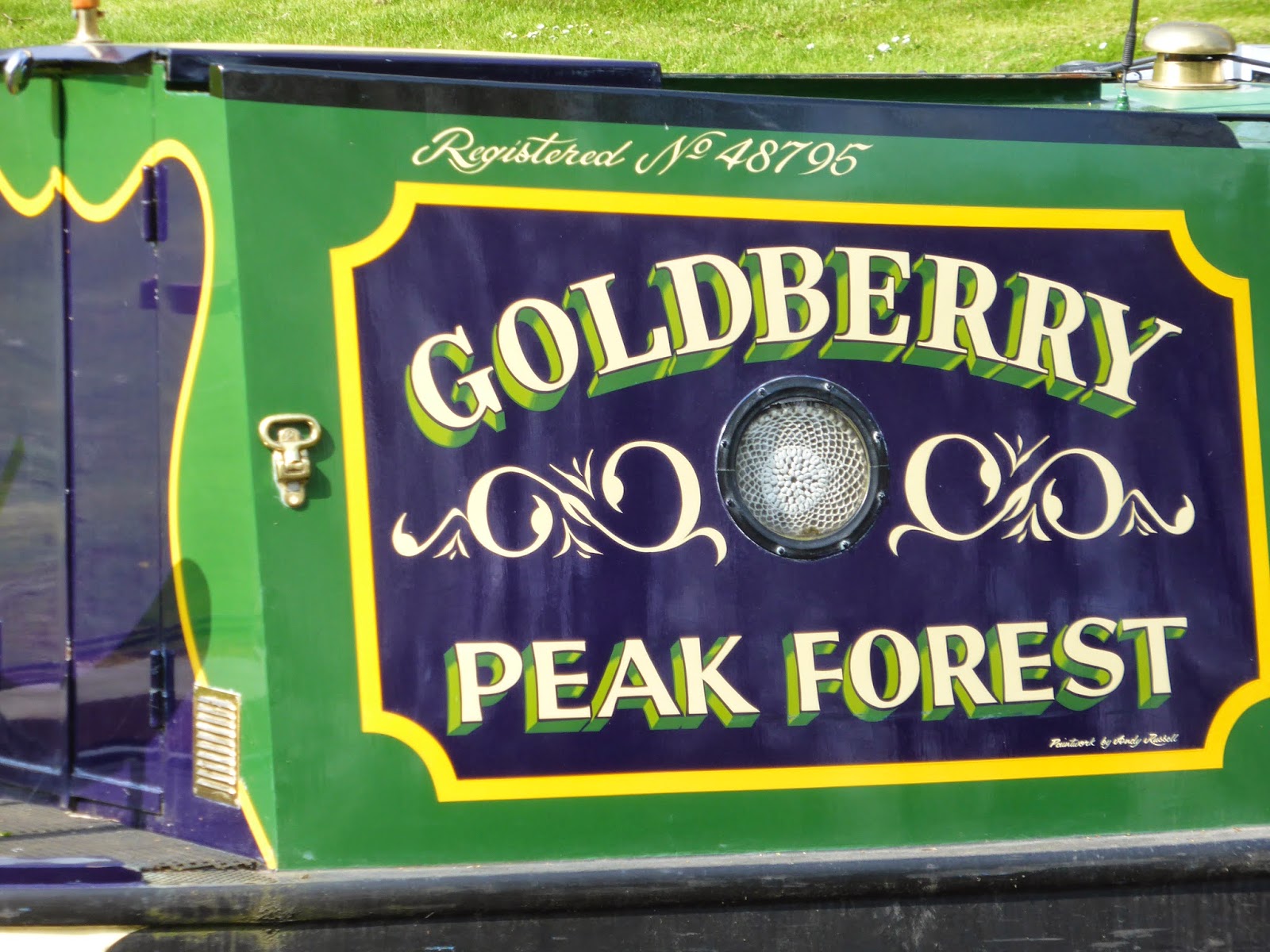 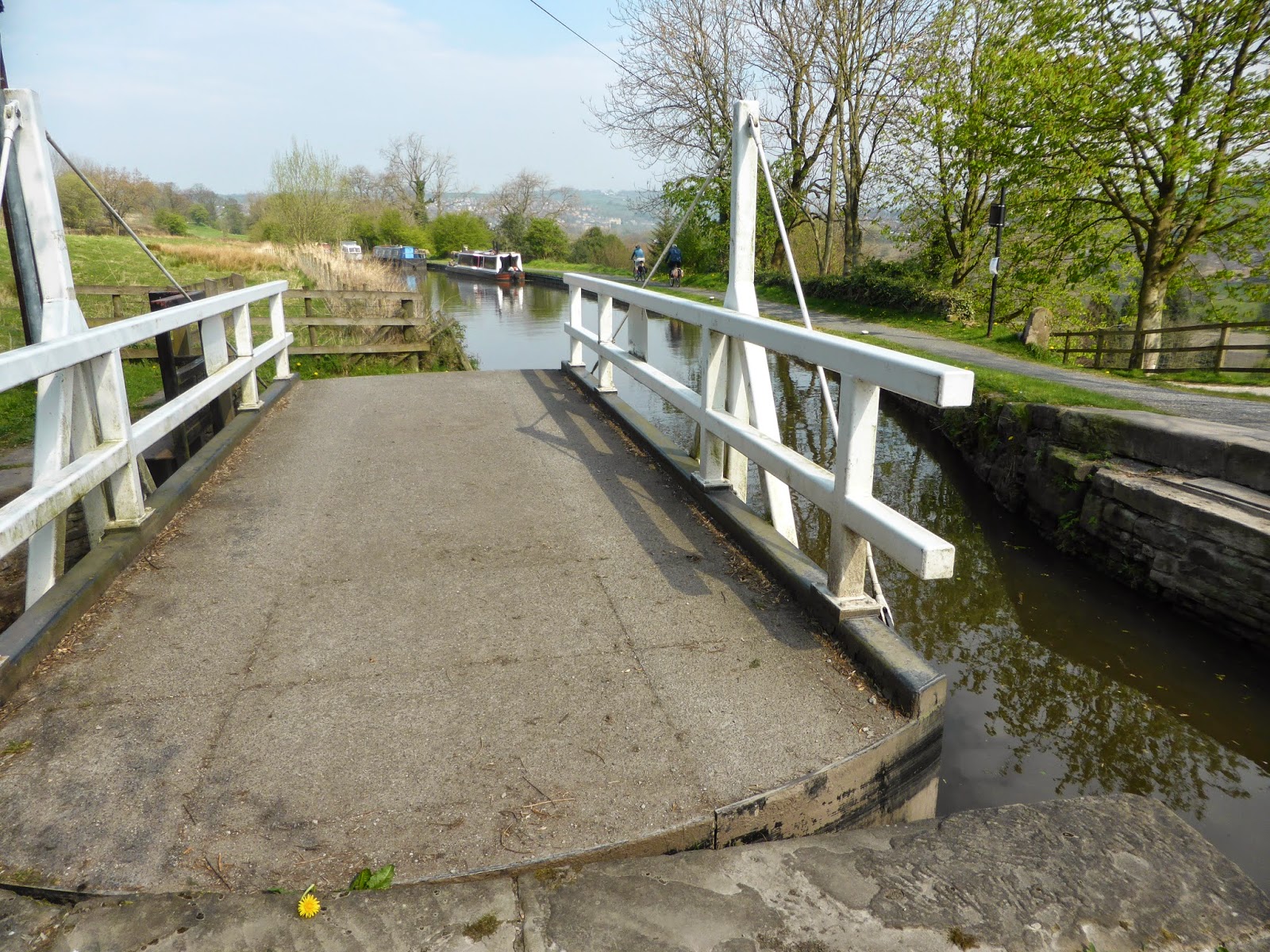 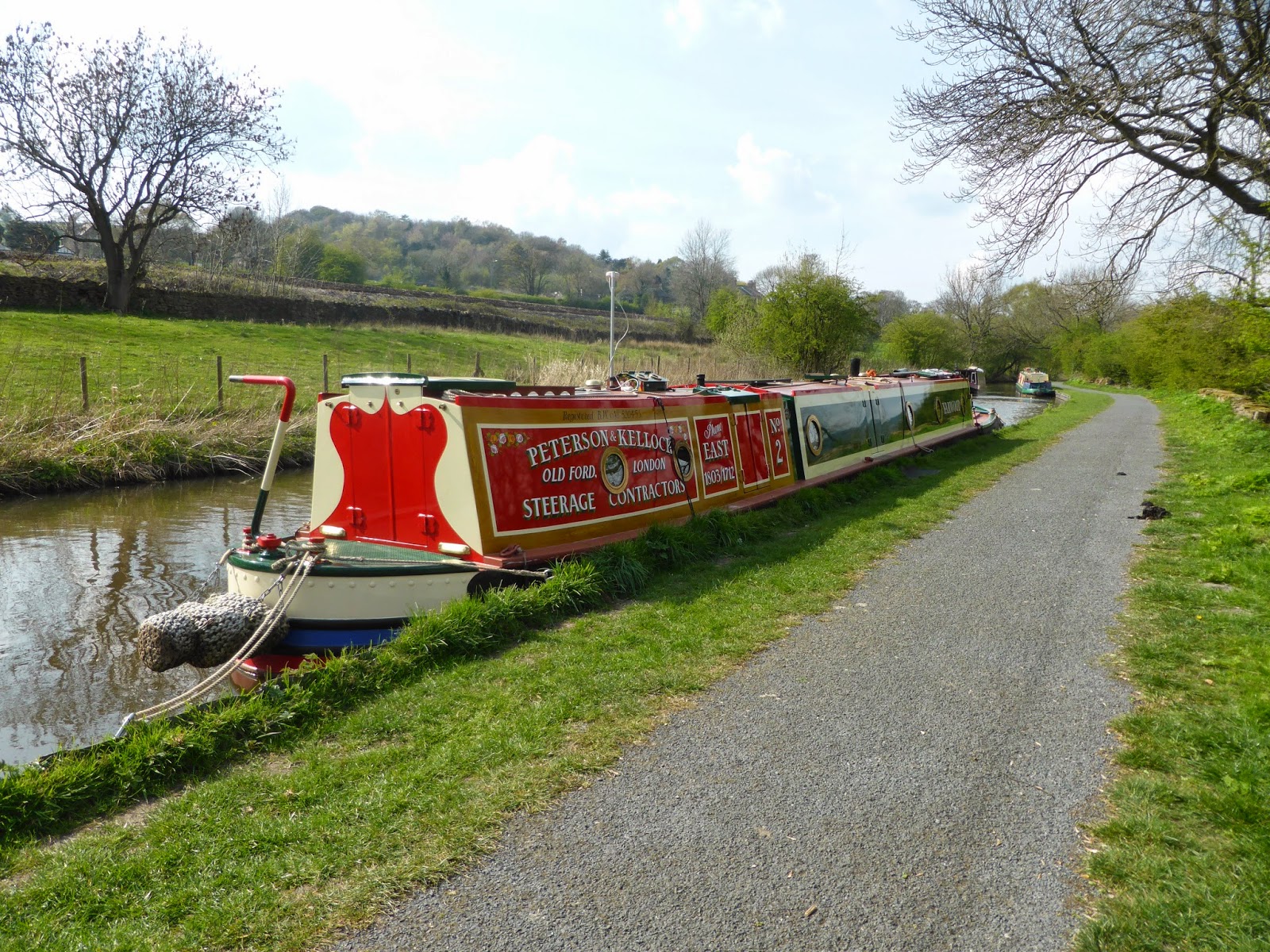 And shortly after coming through Carr Swing Bridge we moor up above the Torrs Riverside Park on the outskirts of New Mills.
The River Goyt flows through the valley beneath our mooring and then on  through New Mills where it was once an important source of energy for powering the cotton mills built along its banks.   After a light lunch - fast day again - we took a walk through the park and into the town and tomorrow I will go off exploring with the dogs while Joe hops a train from Furness Vale into Buxton.
Posted by Nb Yarwood at 17:18