Leaving our mooring this morning post breakfast we were heading for the official start of the Macclesfield canal at Hall Green lock, or 'stop lock'. 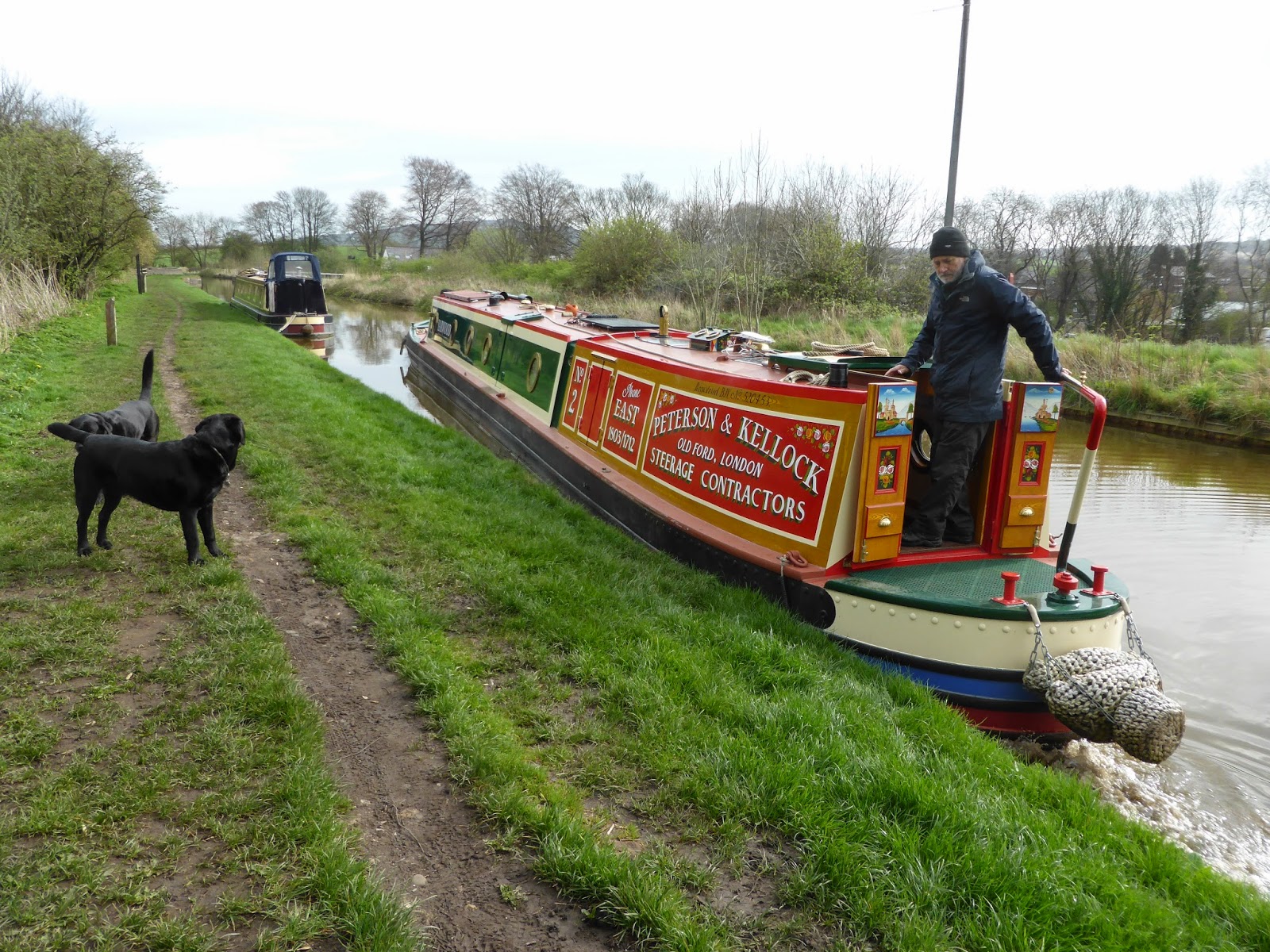 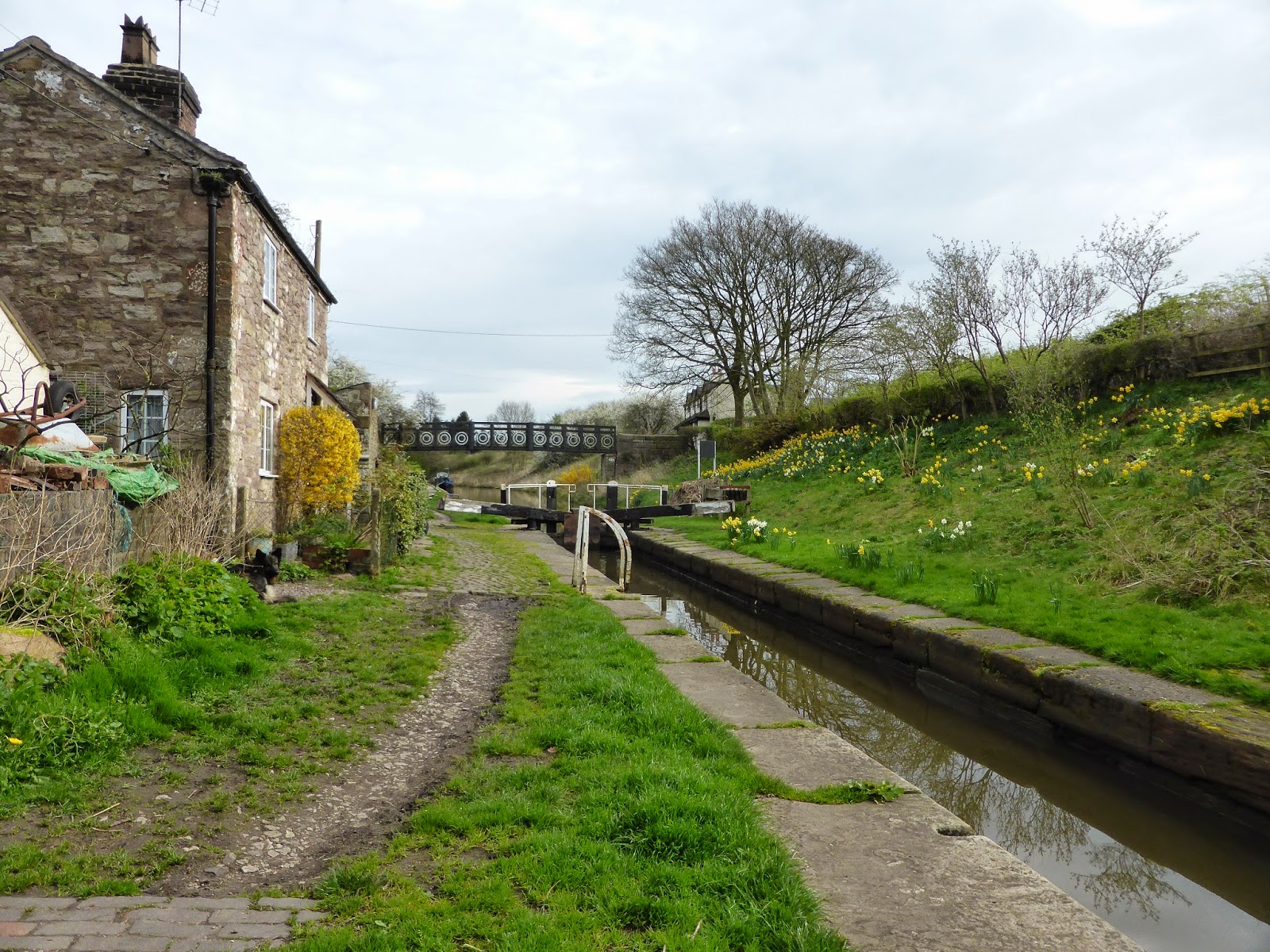 Hall Green lock.  It was here that the tolls were collected from the boatmen as they entered the Macclesfield canal.
For Yarwood it was a quick change of level, twelve inches or so, and on to the water point to replenish supplies. 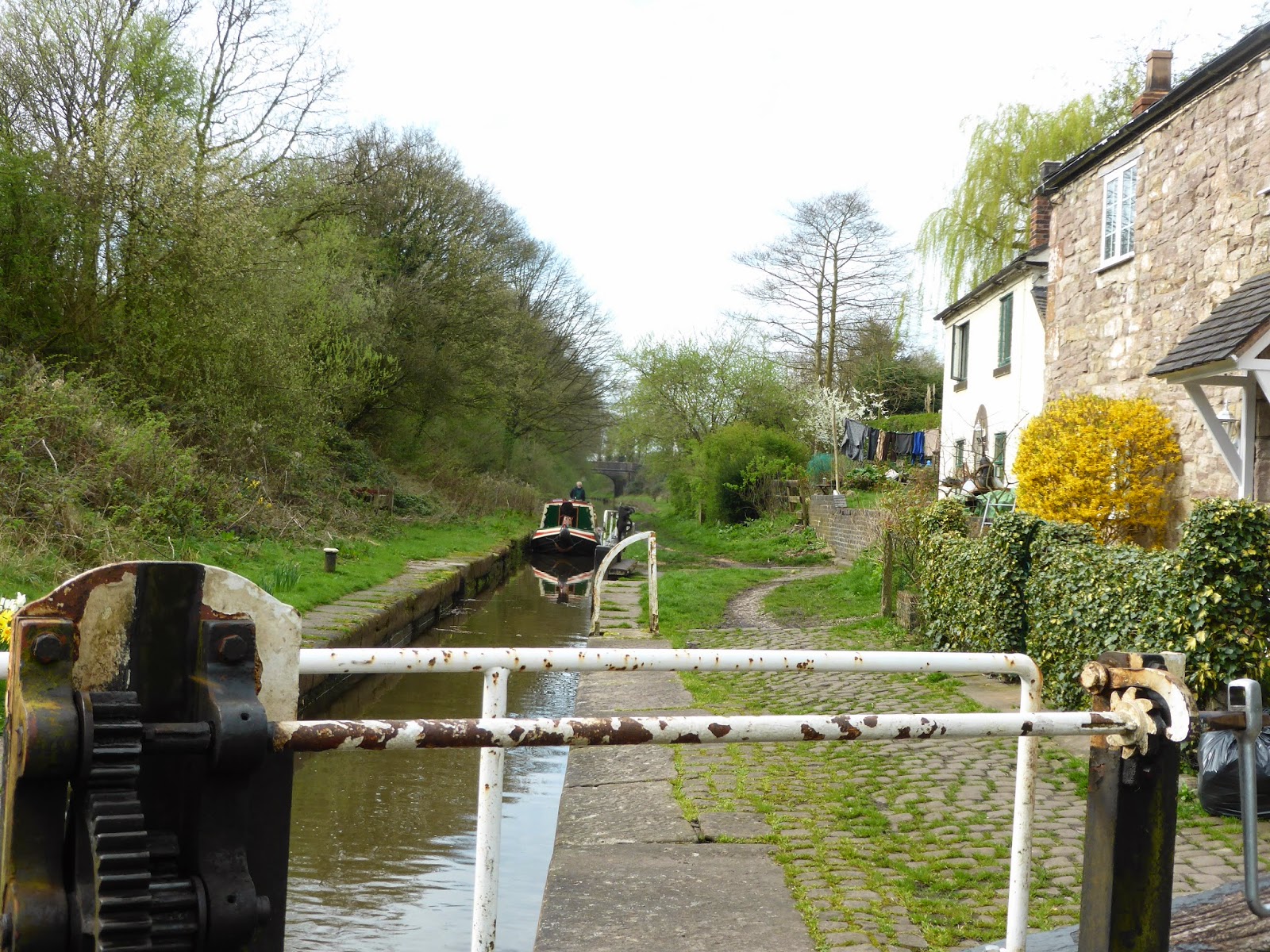 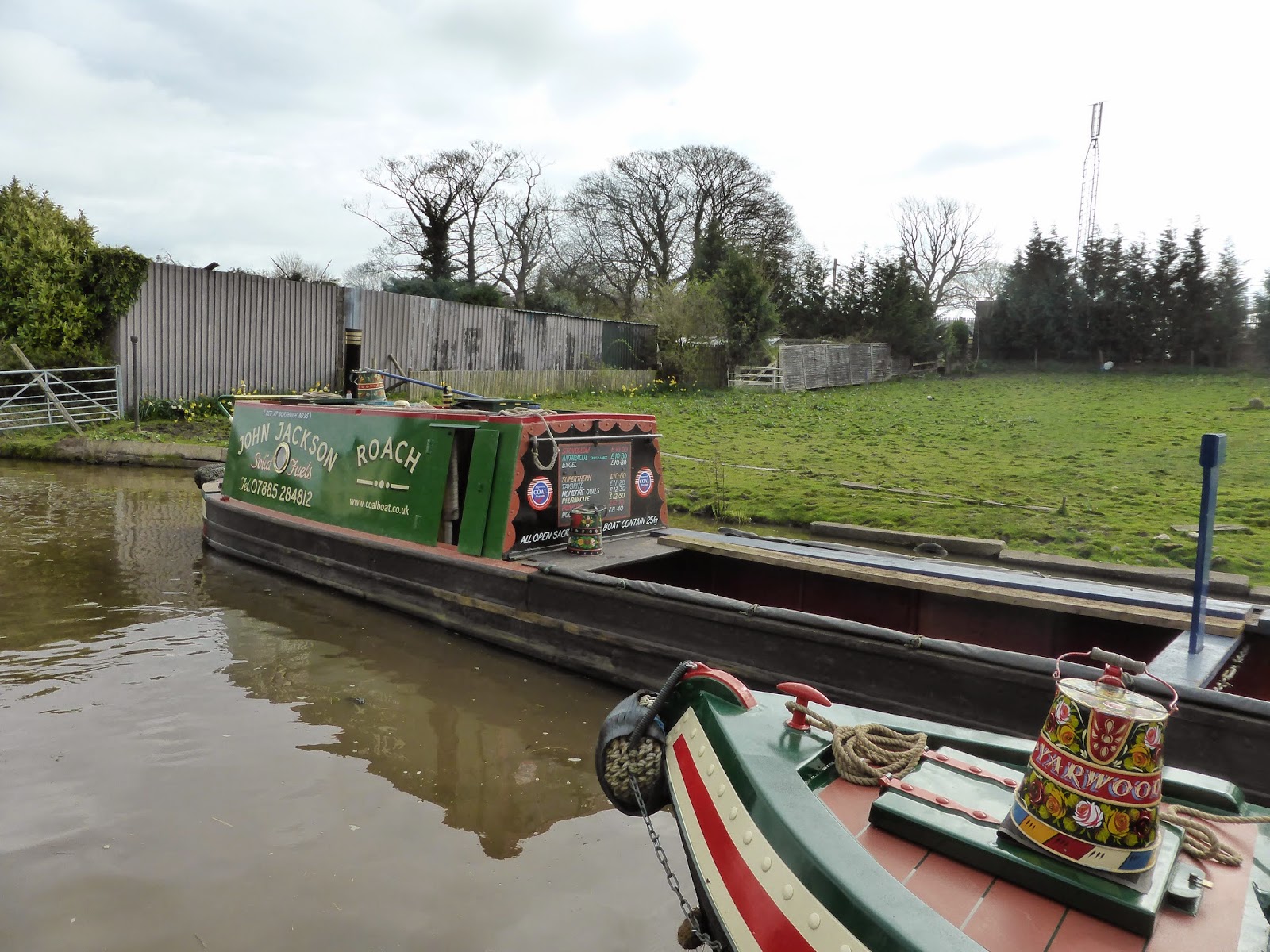 As we approached Scholar Green, a mile further on, I spotted working boat Nb. Roach and flagged him down for a couple of bags of coal...our last hopefully.  Nb. Roach was built in 1935 by W. J. Yarwood on the R. Weaver for Fellows Morton and Clayton but has been owned and operated by John Jackson since 1988.

The reason for our stop in Scholar Green so soon after starting the day was to see if we could catch up with mates David and Linda who leave in these parts. D &d L used to own Nb. Critical Point and we have cruised with them in the past but haven't seen them for close to three years.  When we arrived they were out at a hospital appointment but there was soon a knock on the door and the kettle went on...then a bag got thrown on the deck and a head appeared at the window as yet another cruising mate turned up, Paul of Nb. Enchantress. 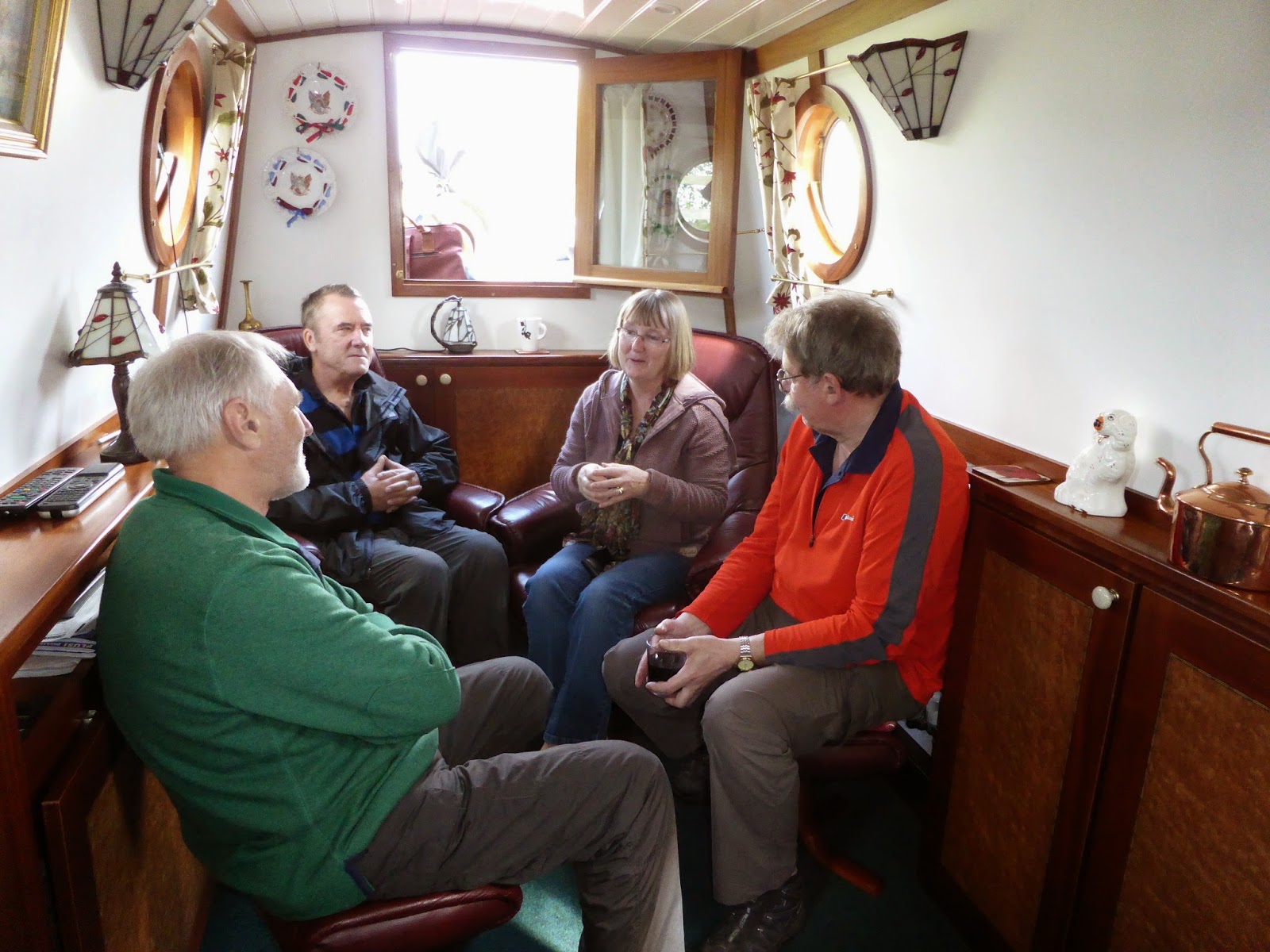 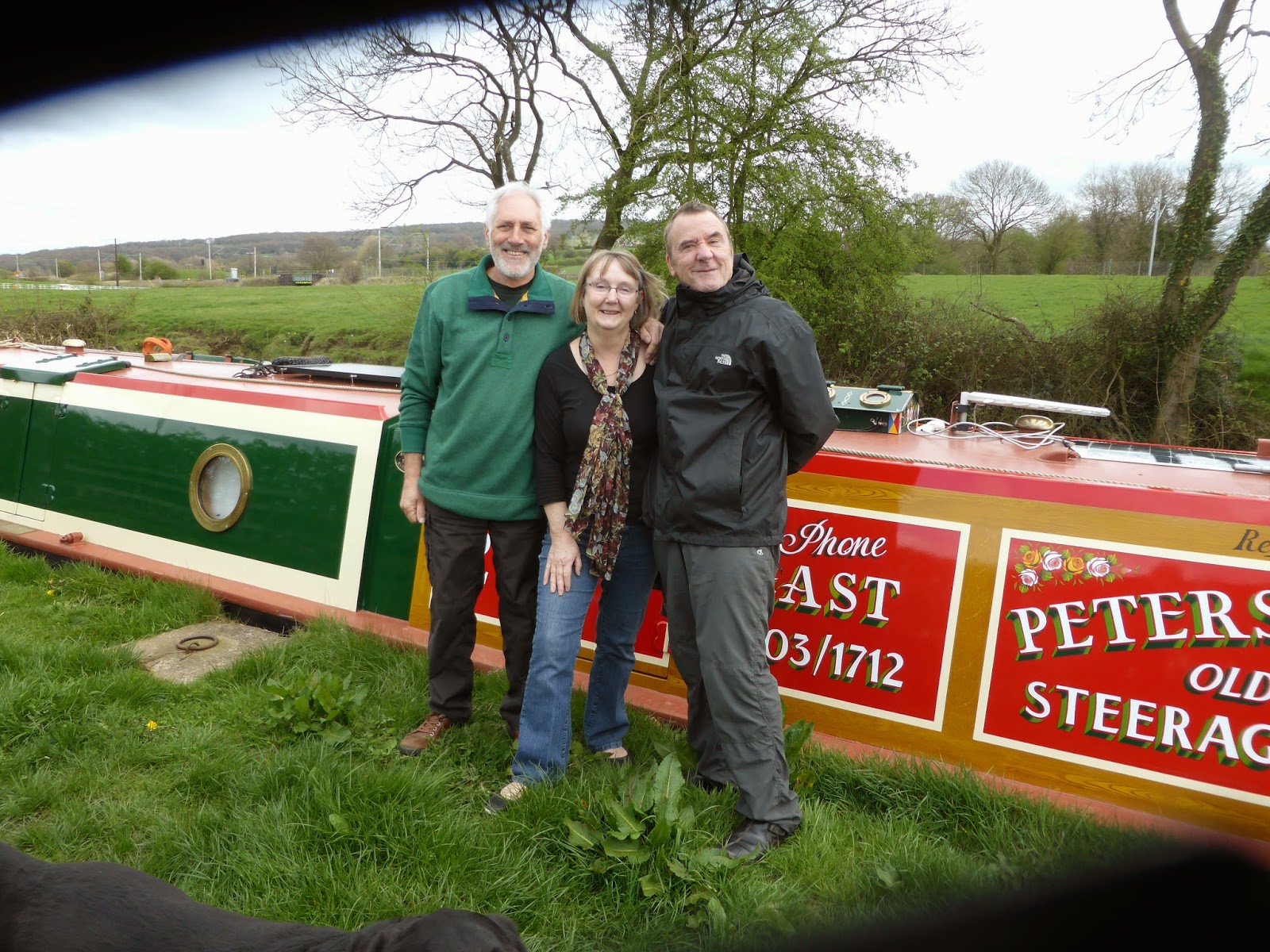 Joe, Linda and David..and a jamming shutter on the camera I think 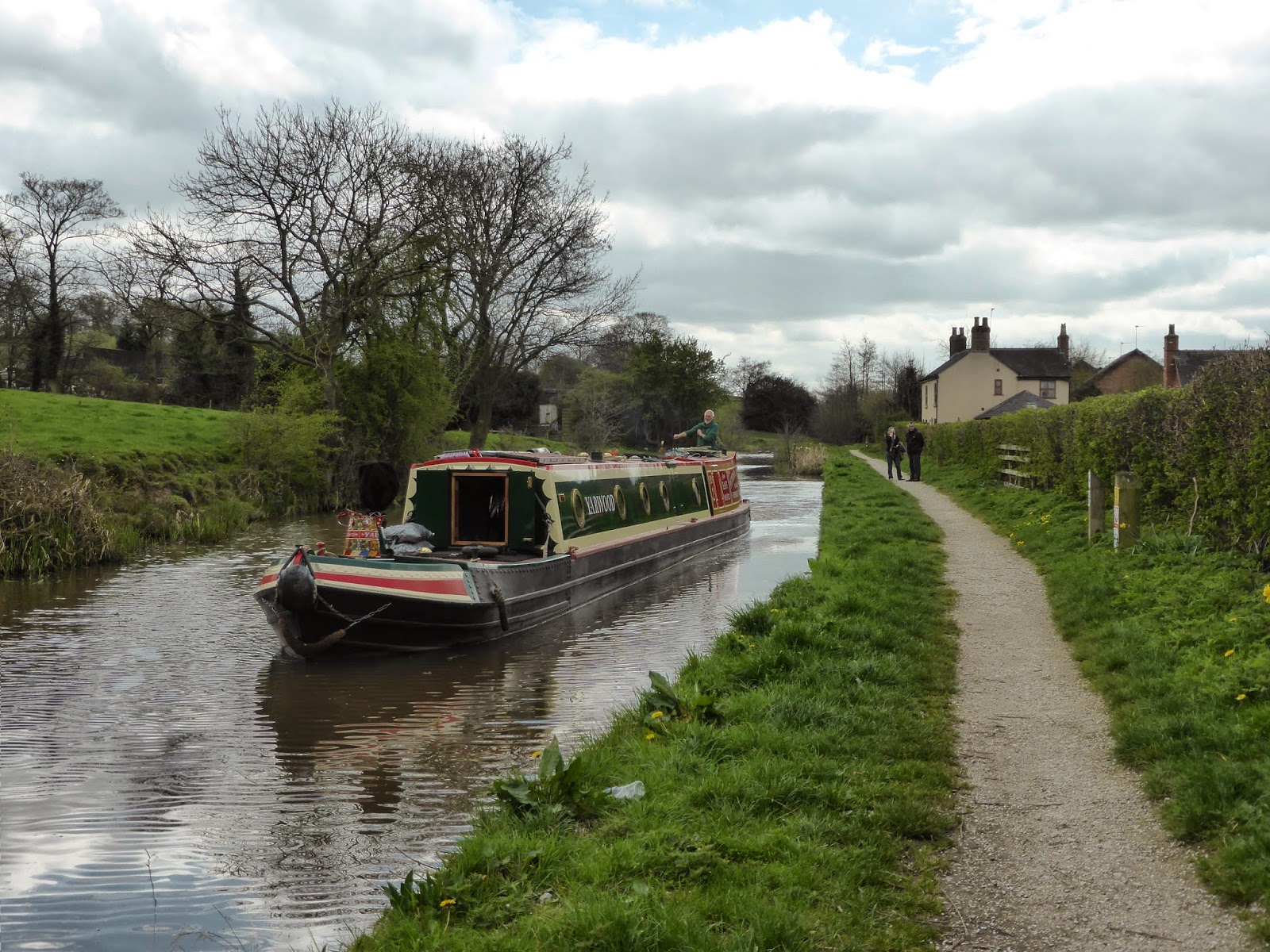 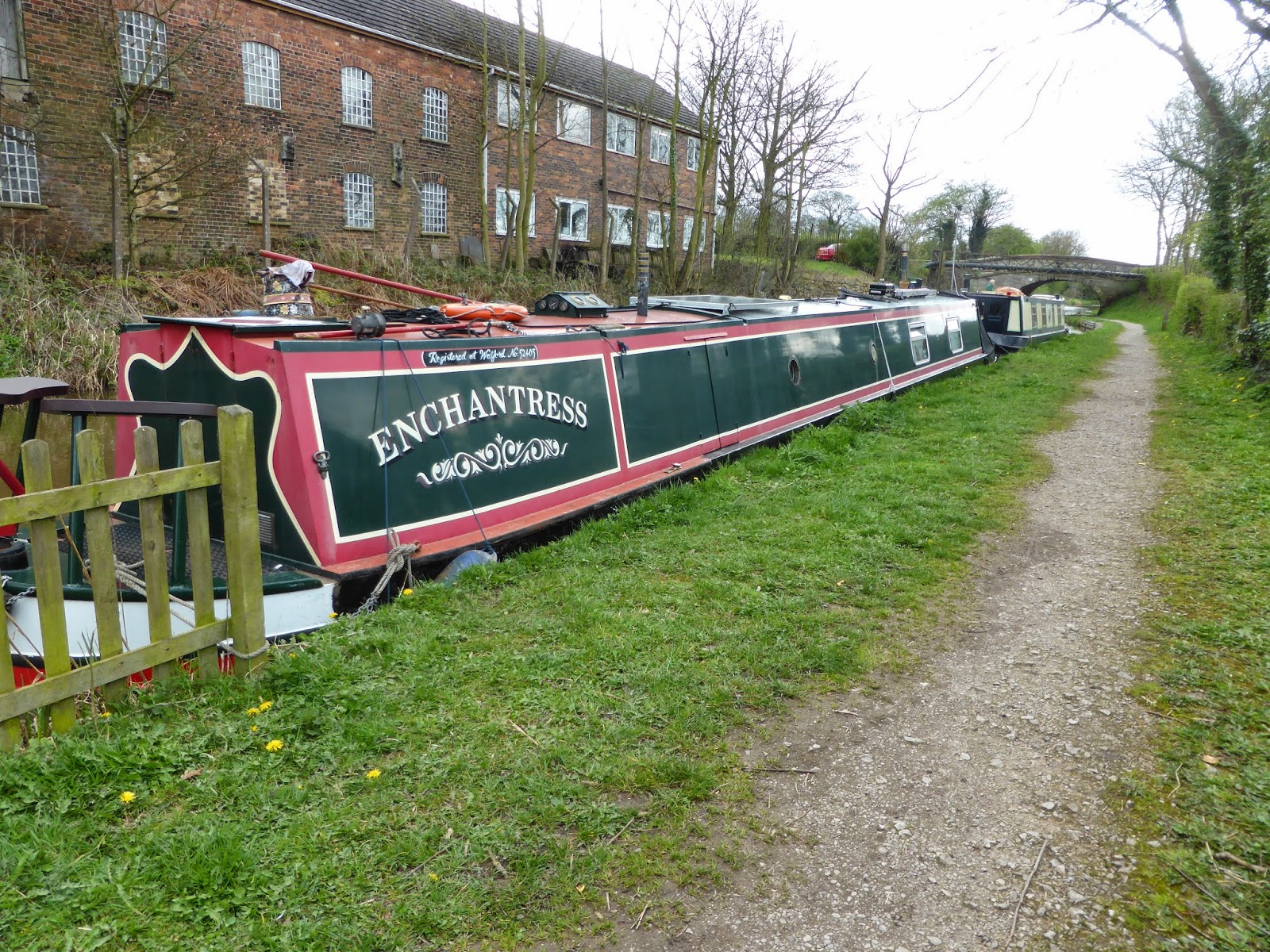 We pass Paul's boat Nb. Enchantress, soon to be up for sale it seems. 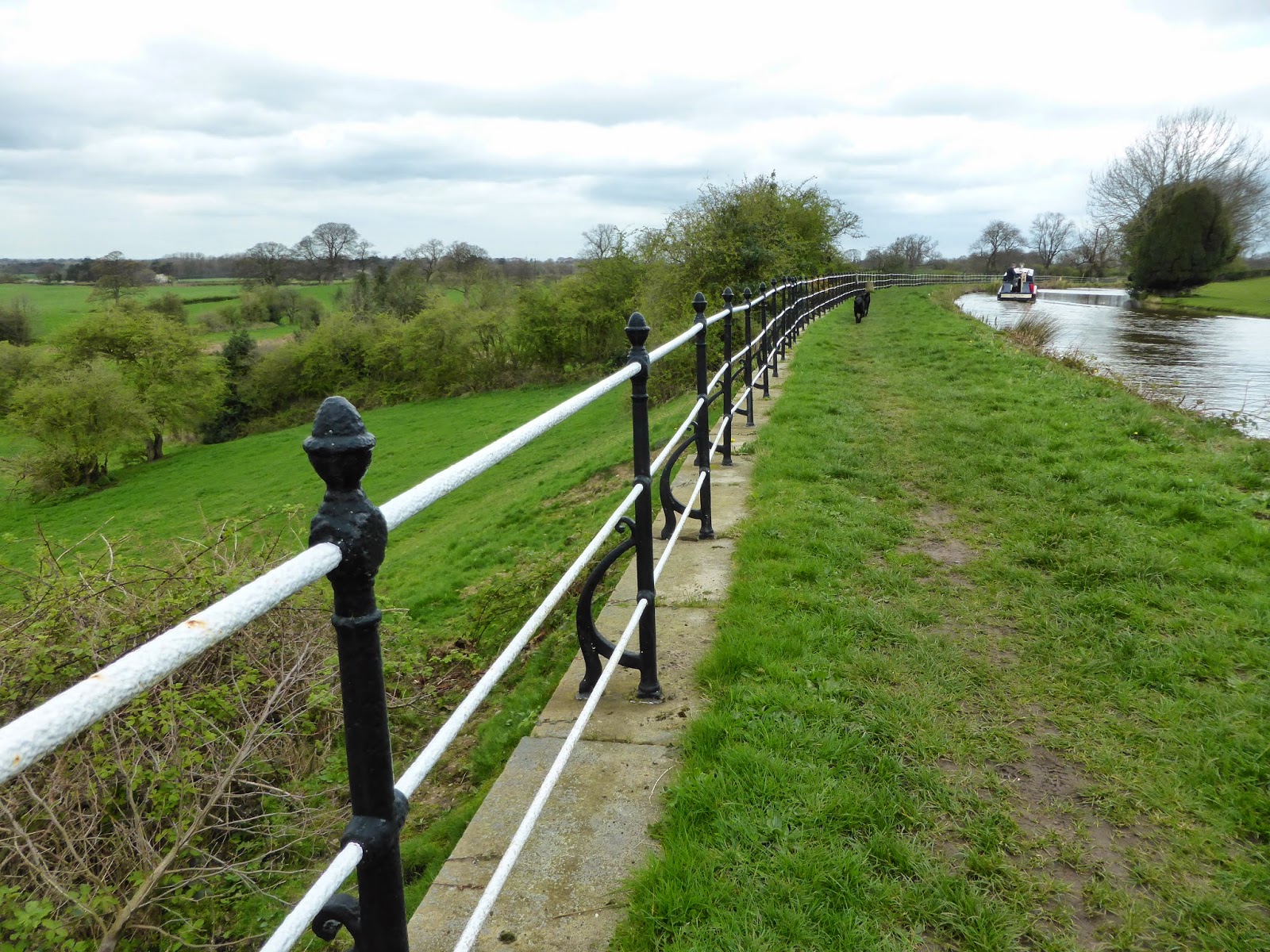 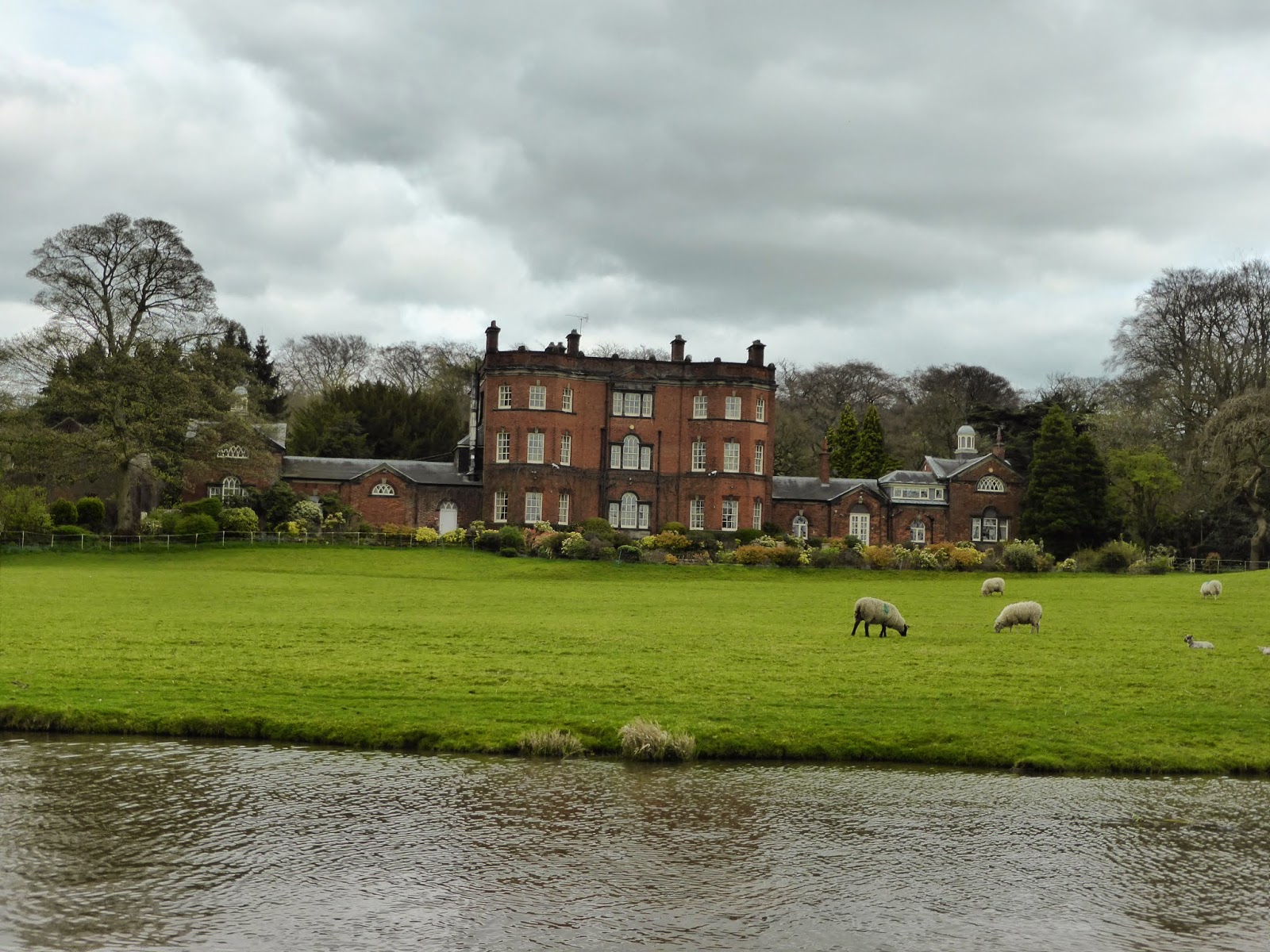 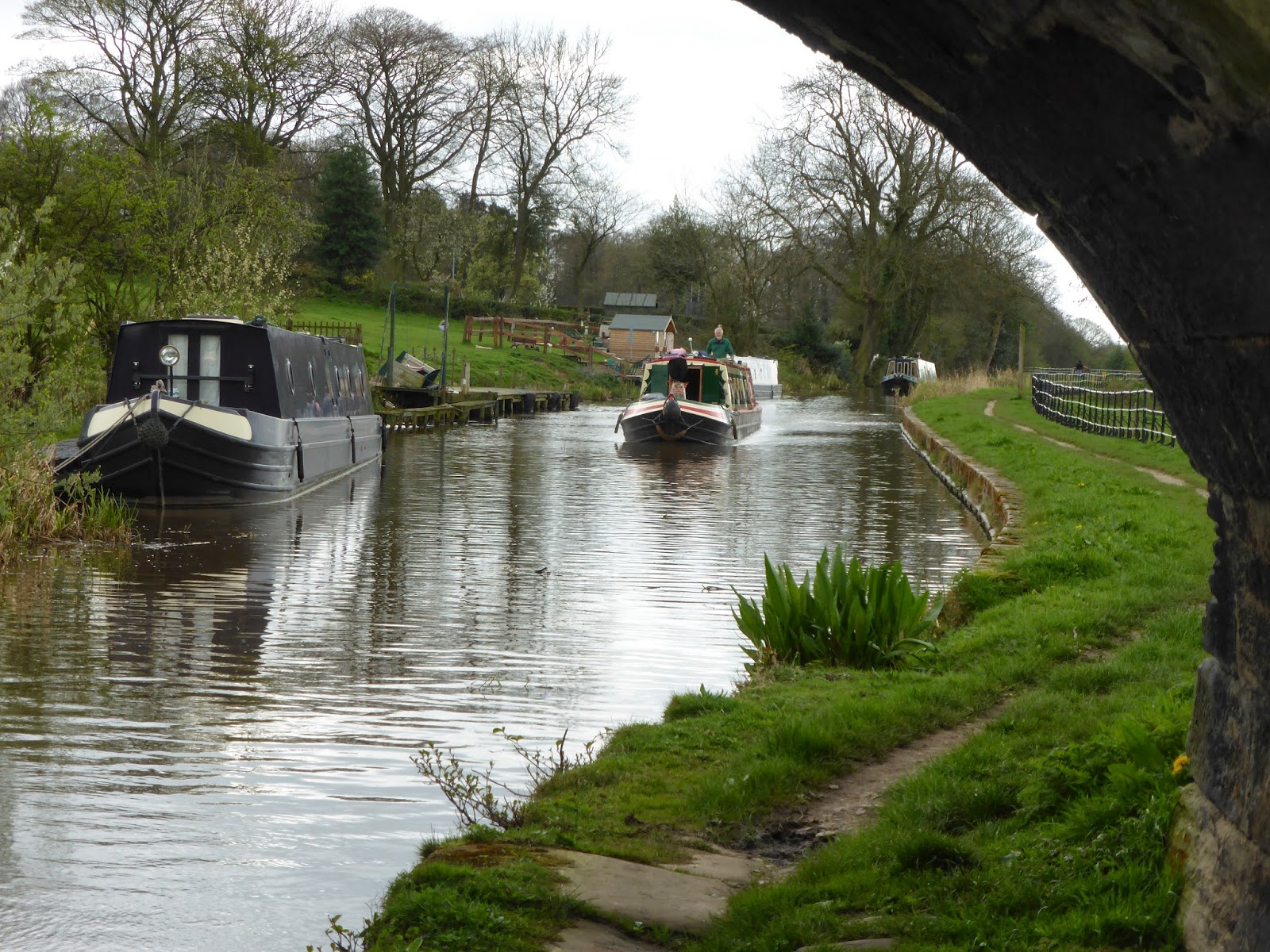 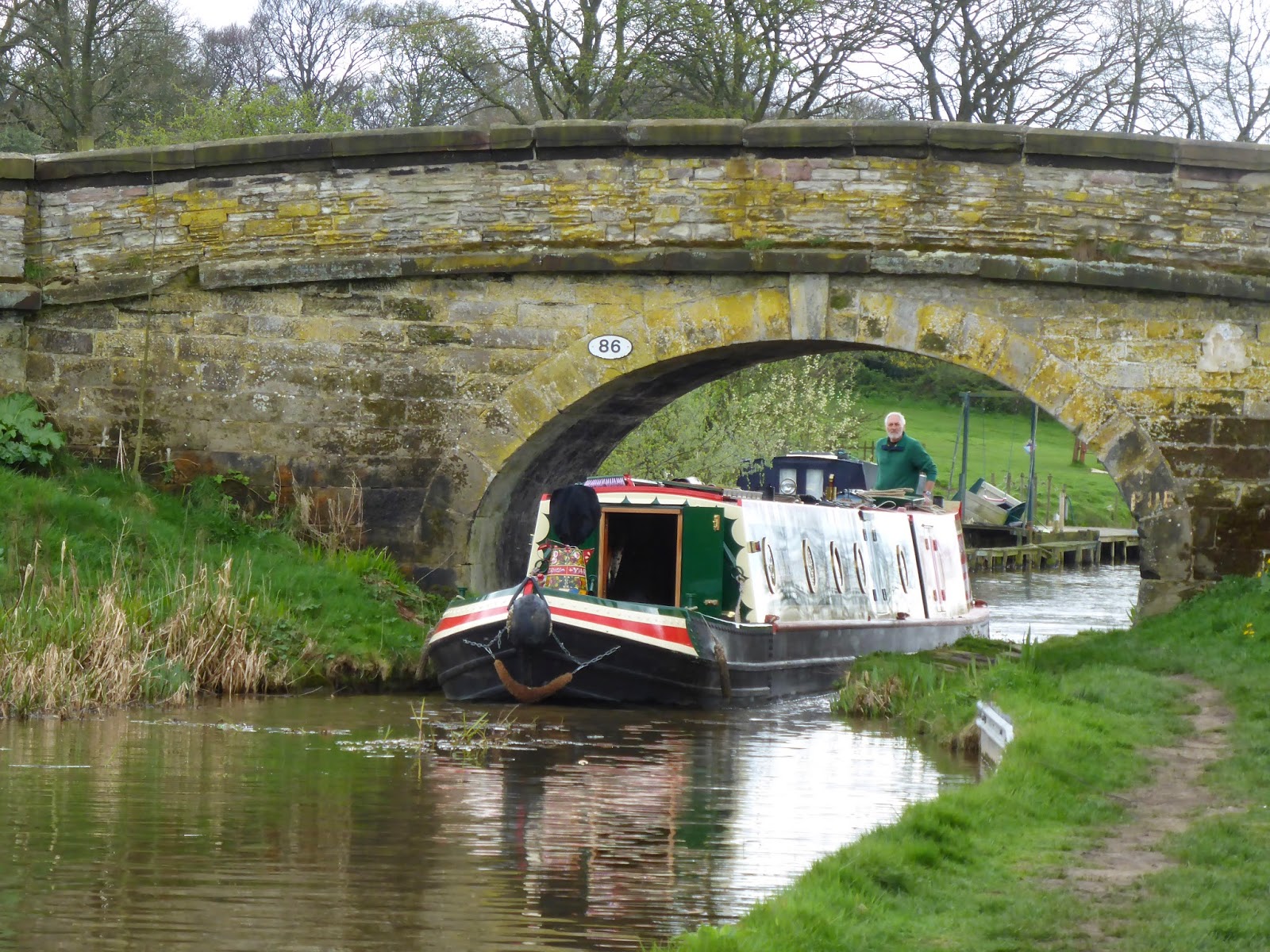 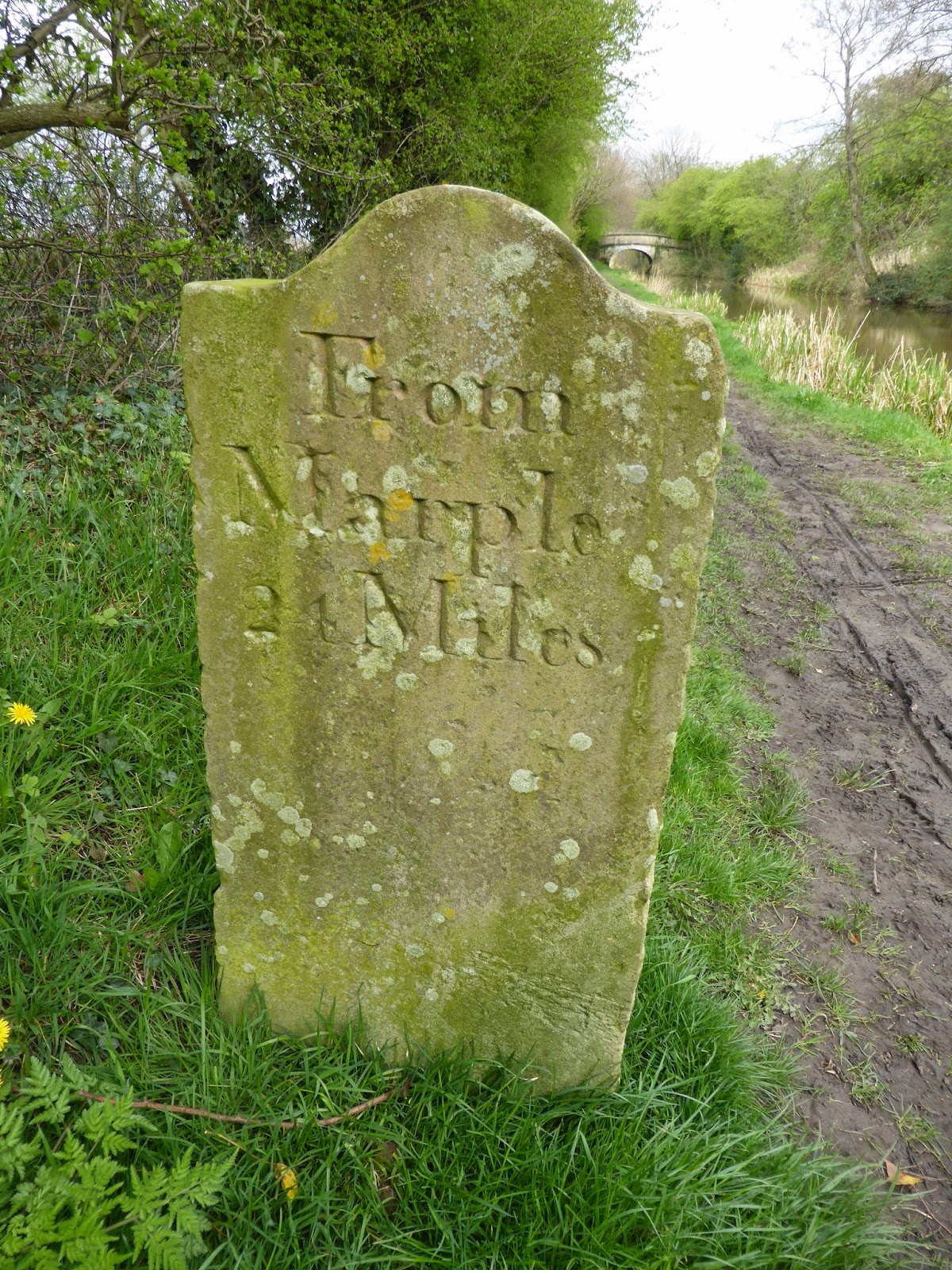 No cost spared for the mile markers 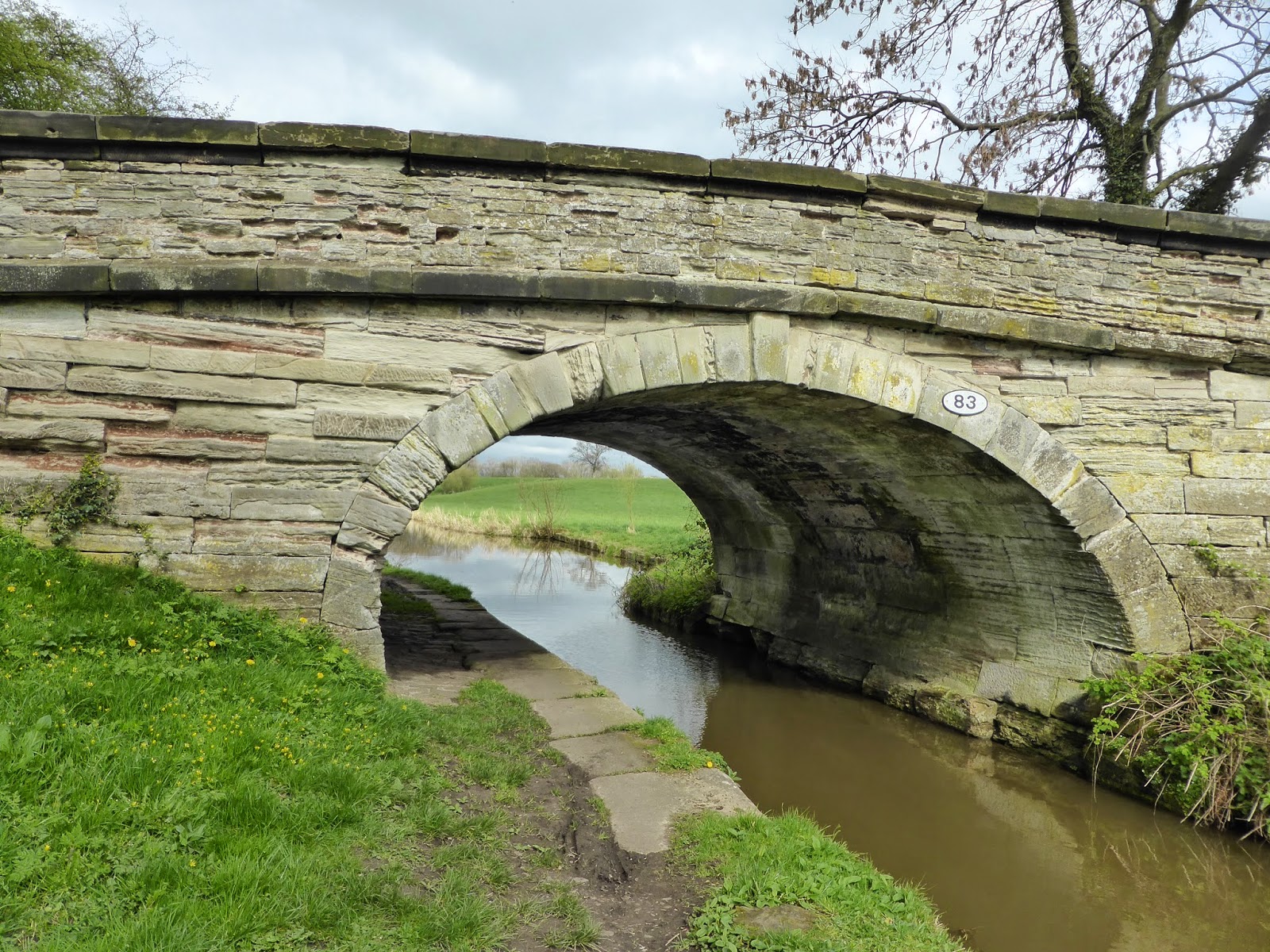 look at the workmanship in this bridge.. 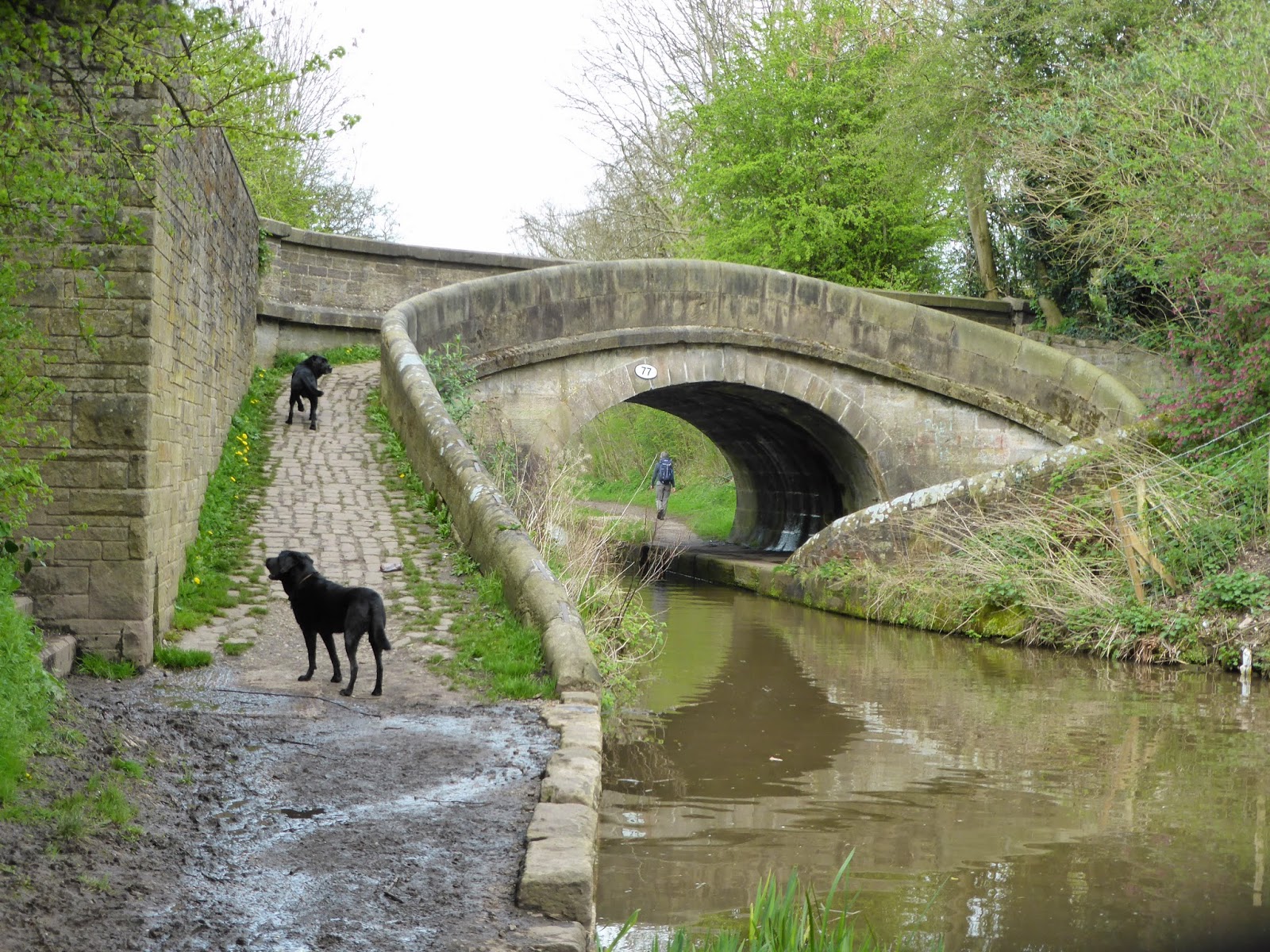 A typical 'snake bridge'/turnover bridge on the Macc 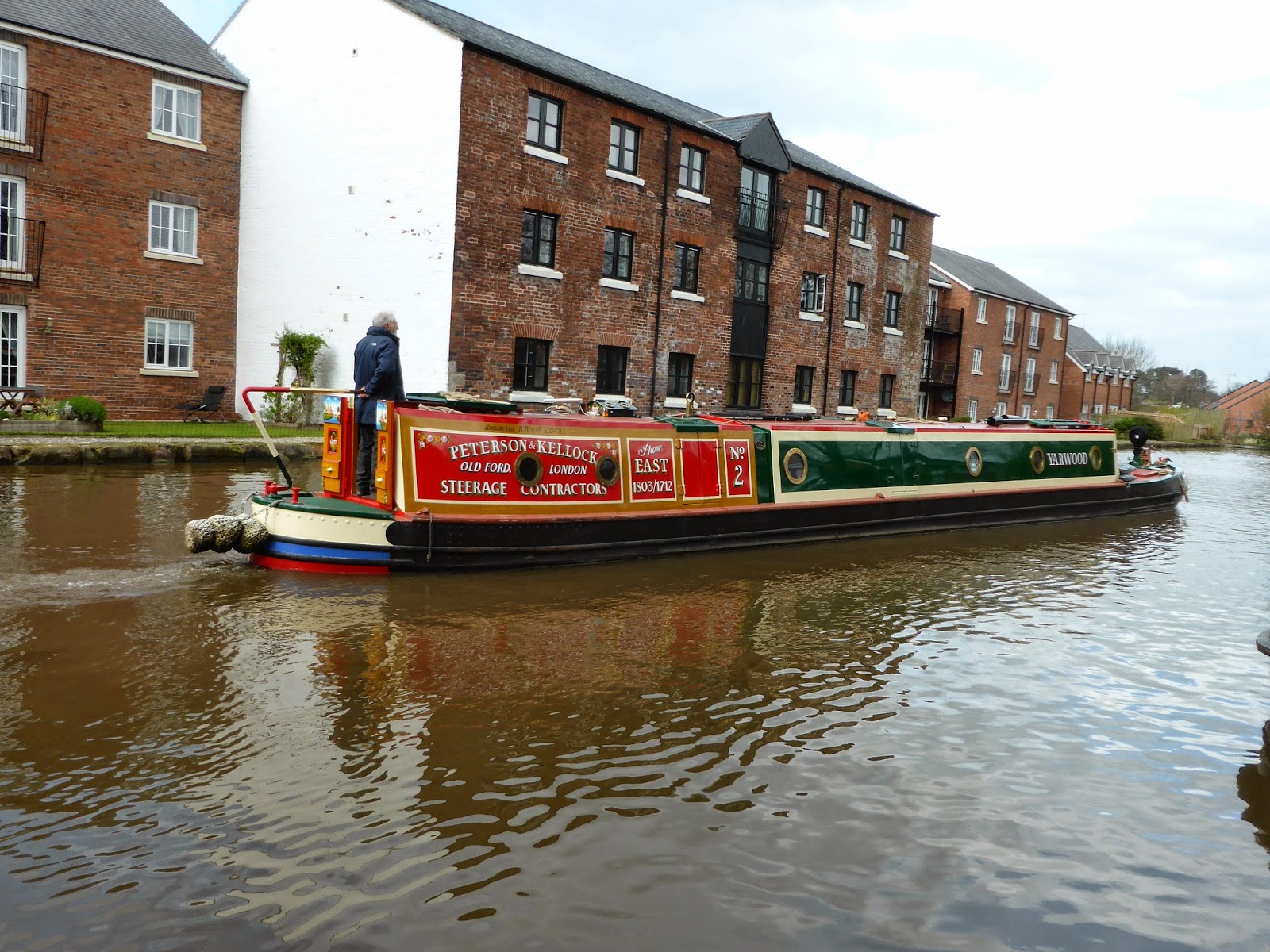 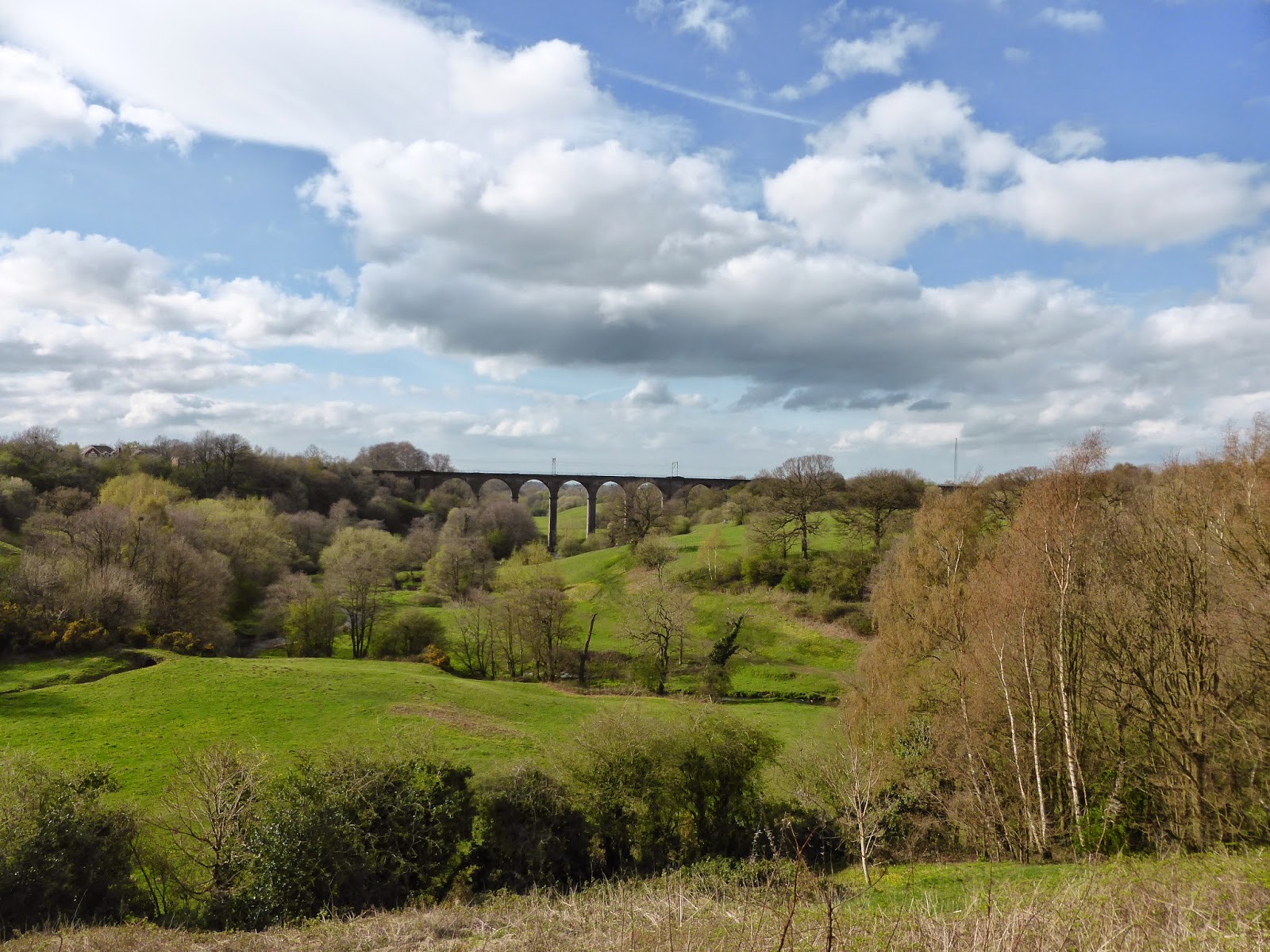 Our view from the side doors this evening..the Dale valley and below,
moored on Congleton Aqueduct. 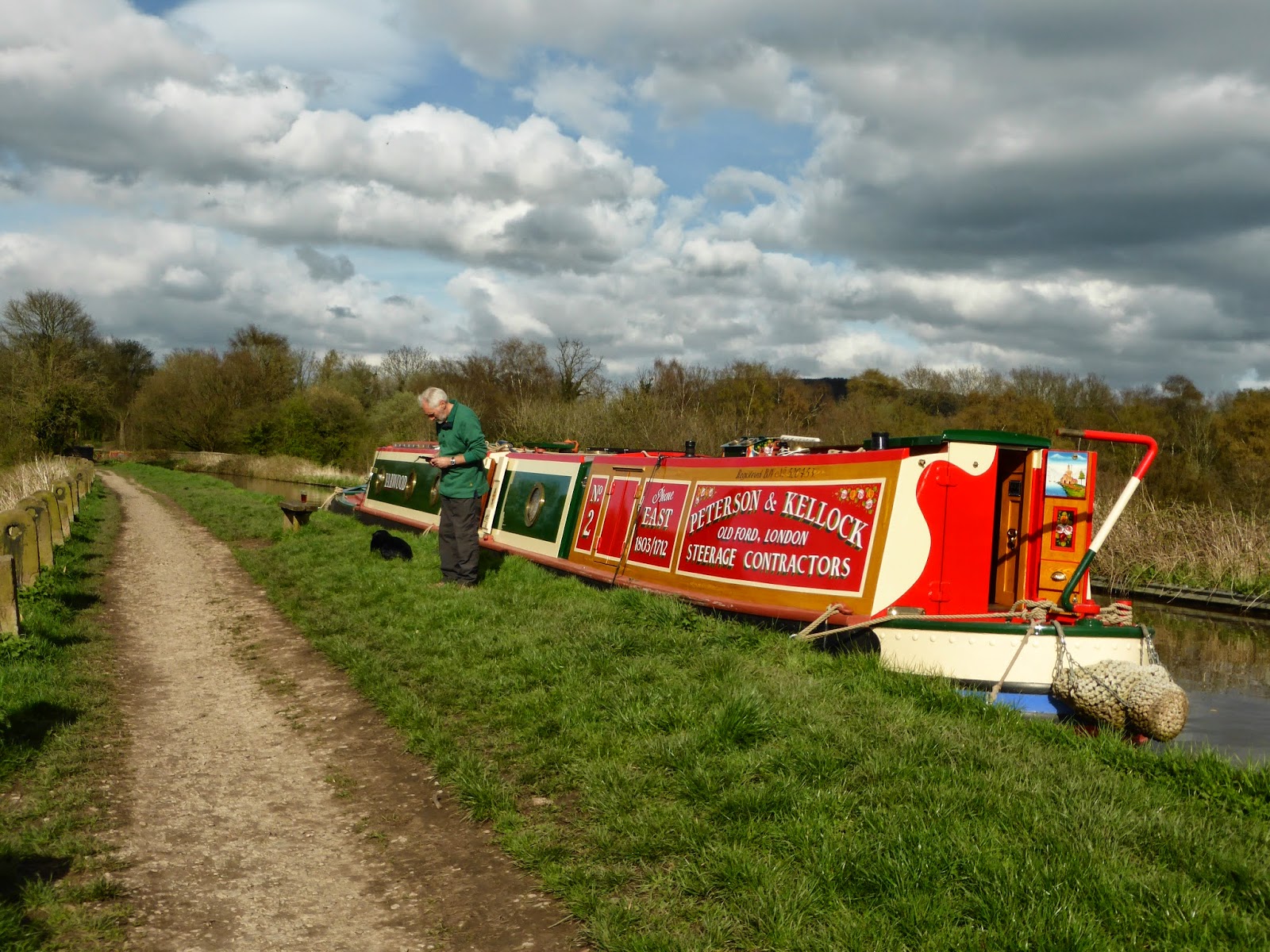