Today we have stayed moored in Marple, though Joe took himself off to Manchester by train for the day after walking the dogs.   In the meantime I had located a launderette just by Goyt Mill so while Joe walked the boys I took duvets and sleeping bag to the laundry for a spring clean; errand one completed. 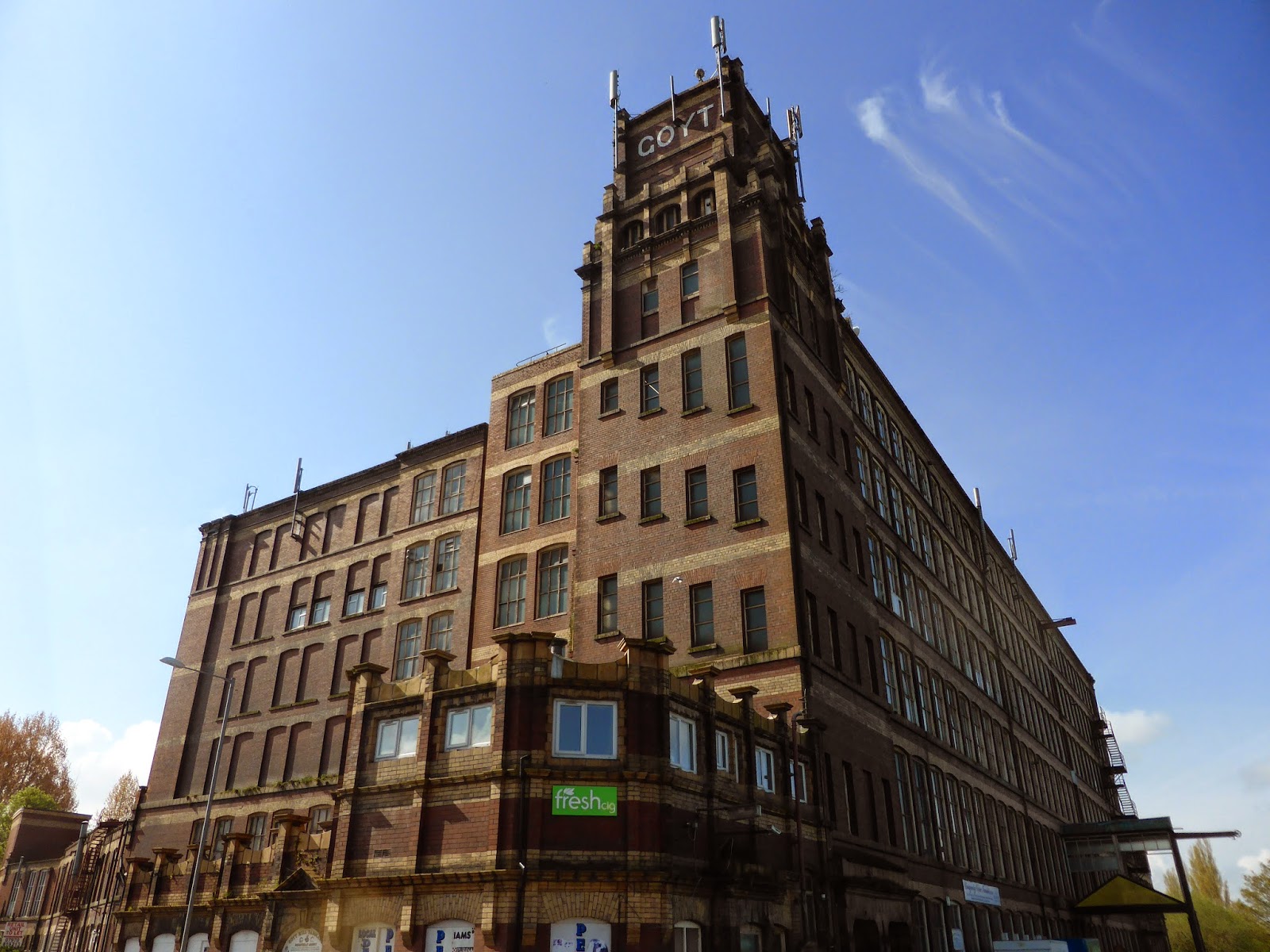 Goyt Mill is the sunshine
Errand two was to pick up a walking boot belonging to Joe that we had left with the local cobbler for a bit of stretching...£1.75 spent and Joe is now comfortable again.  Errand three was to get a supply of hide dog chews for the boys and errand four was to have some contact/business cards printed.  So many boaters are better organised than us, offering a card with blog/phone/e-mail details rather than the scrap of paper and scribbled note that usually produce, well no more, tomorrow we pick up our printed contact cards from  Inkbox of Marple.  So with these tasks done and dusted I took the boys out for a wander around Marple setting off initially along the Upper Peak Forest canal to the first bridge and then heading up the hill towards the local church. 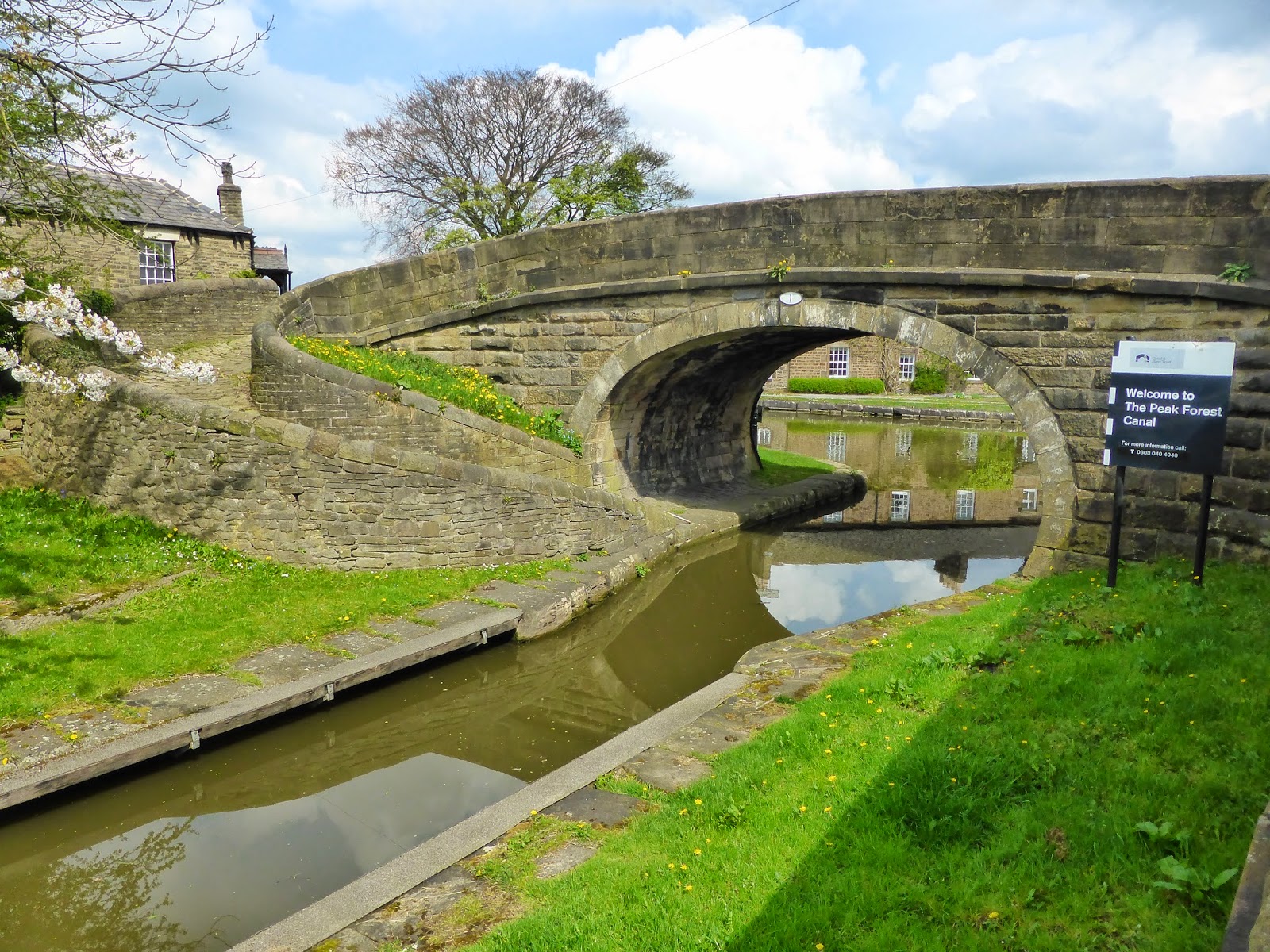 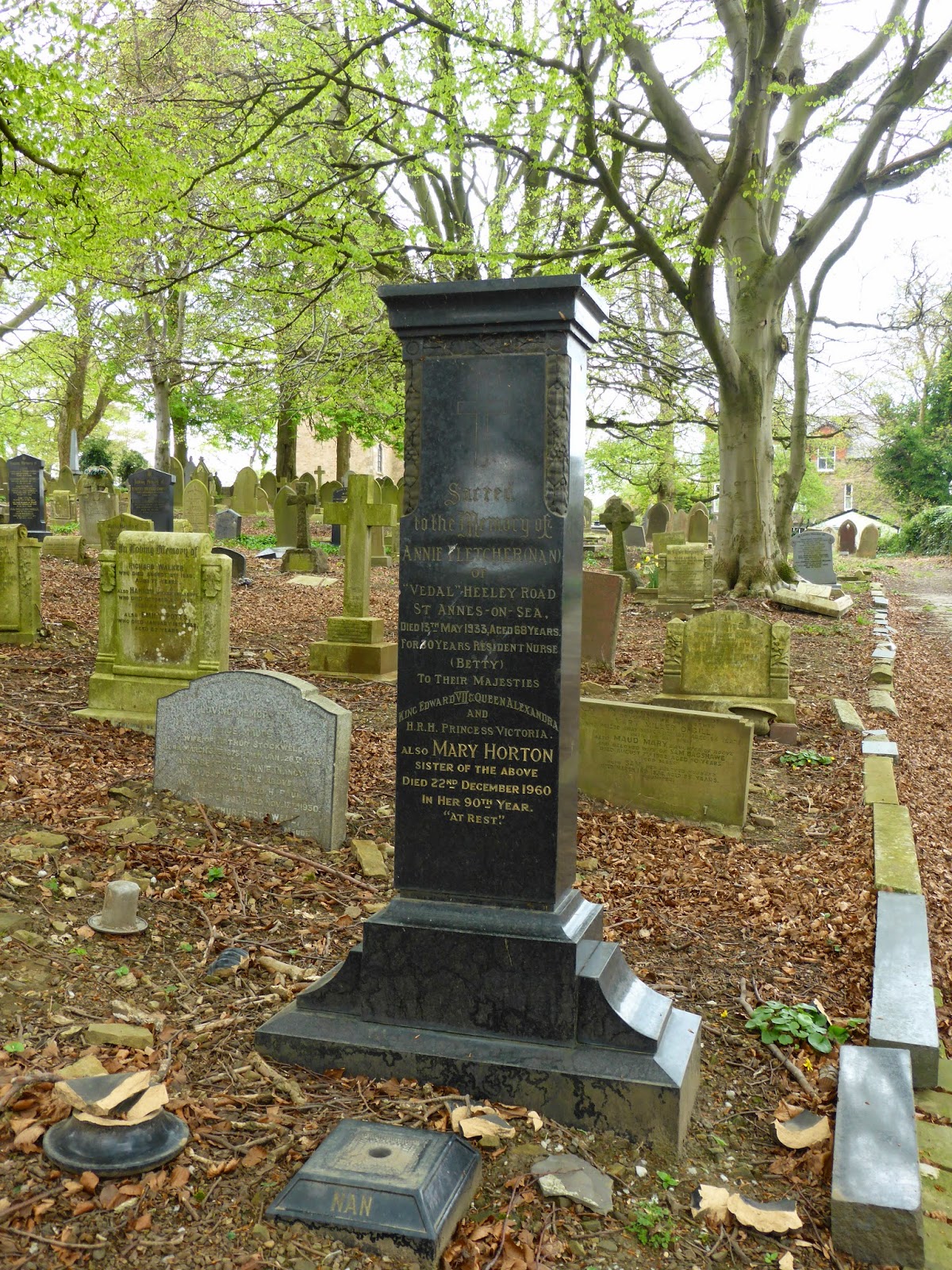 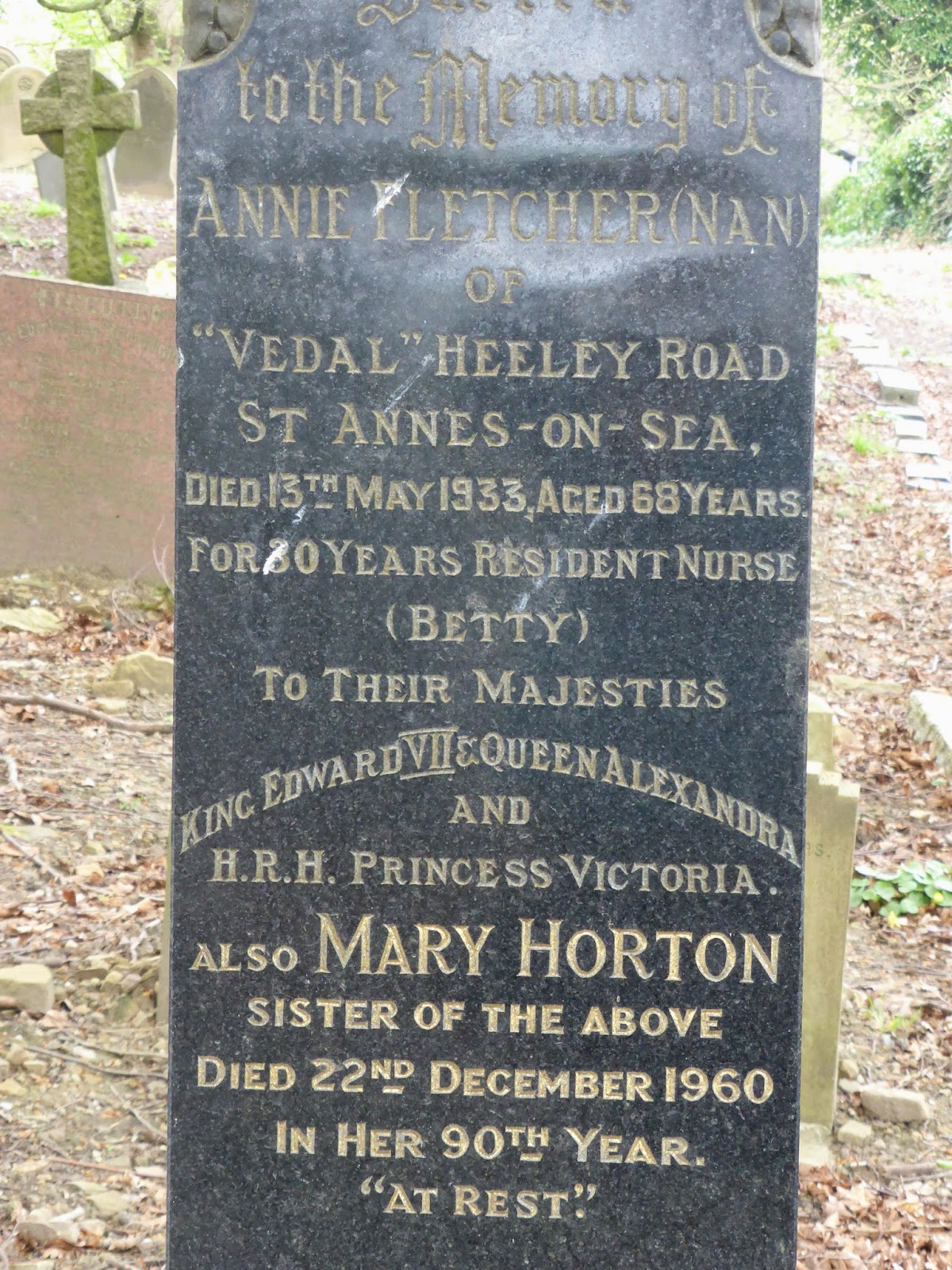 Annie Fletcher (Betty) 1865 - 1933
After wandering about the grave yard for a while I turned and headed down the Marple flight of locks And one of the things you notice is that all the structures are built out of indigenous stone rather than the usual brick and the skill of the stone mason is evident throughout. . 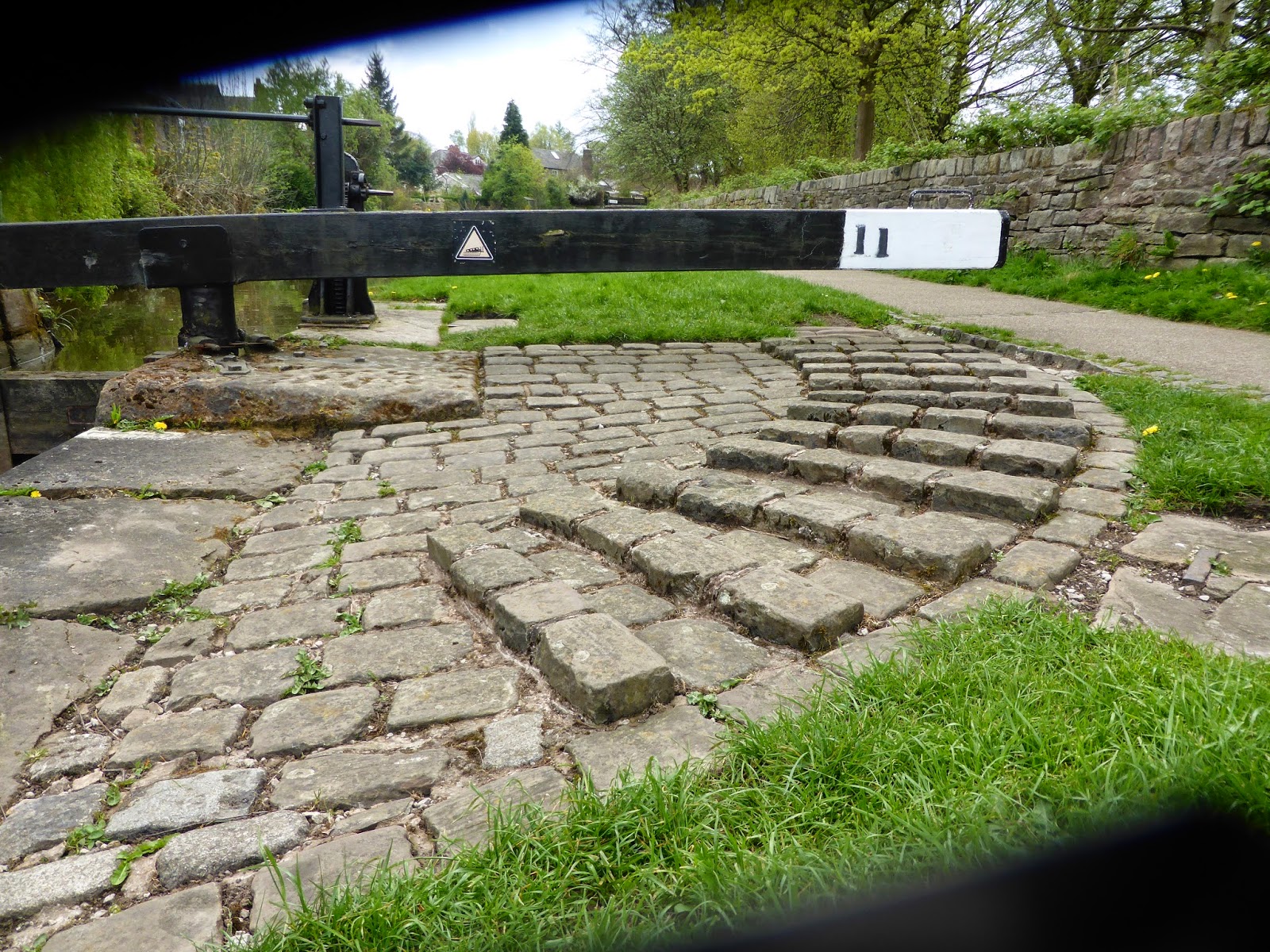 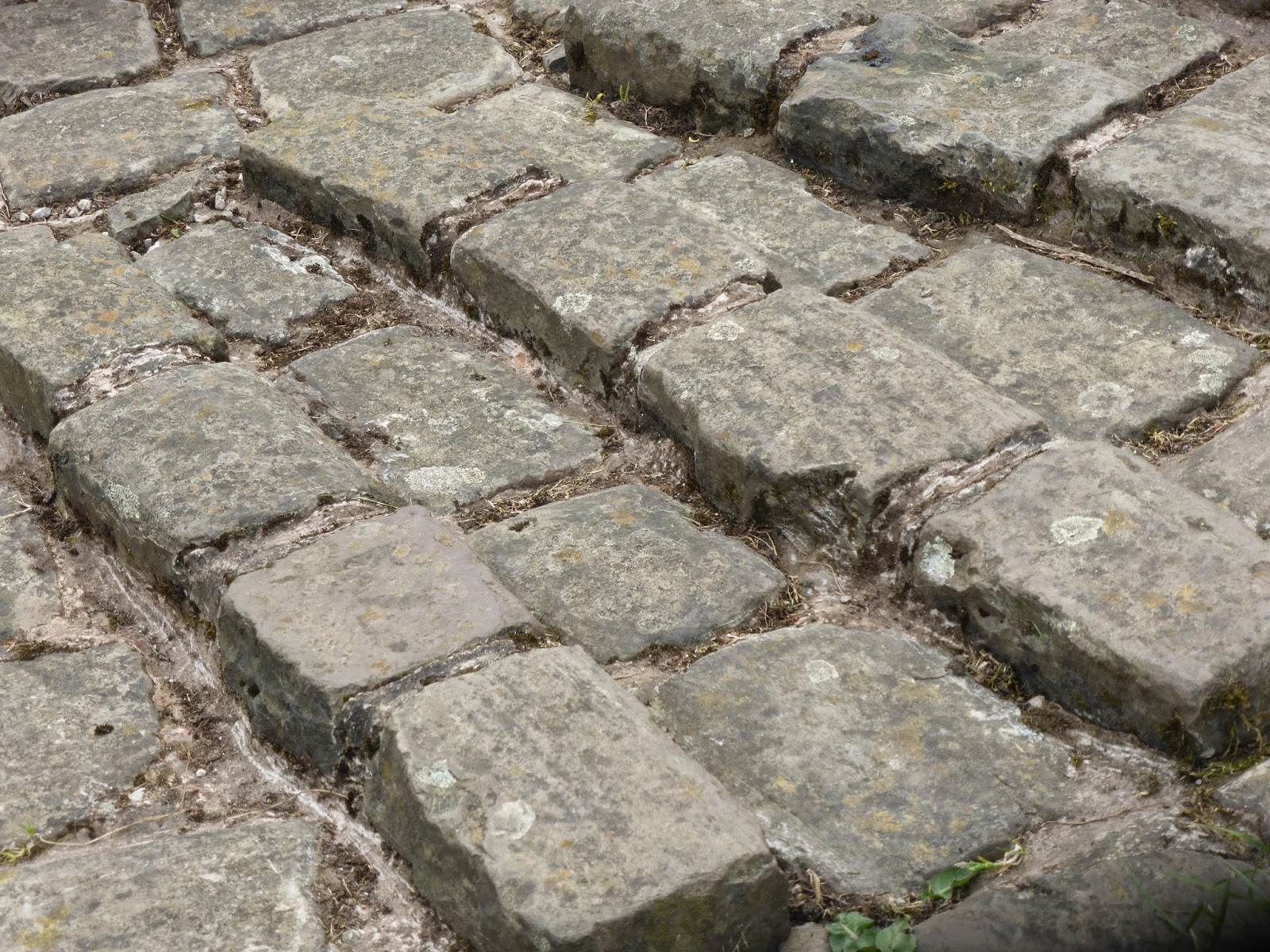 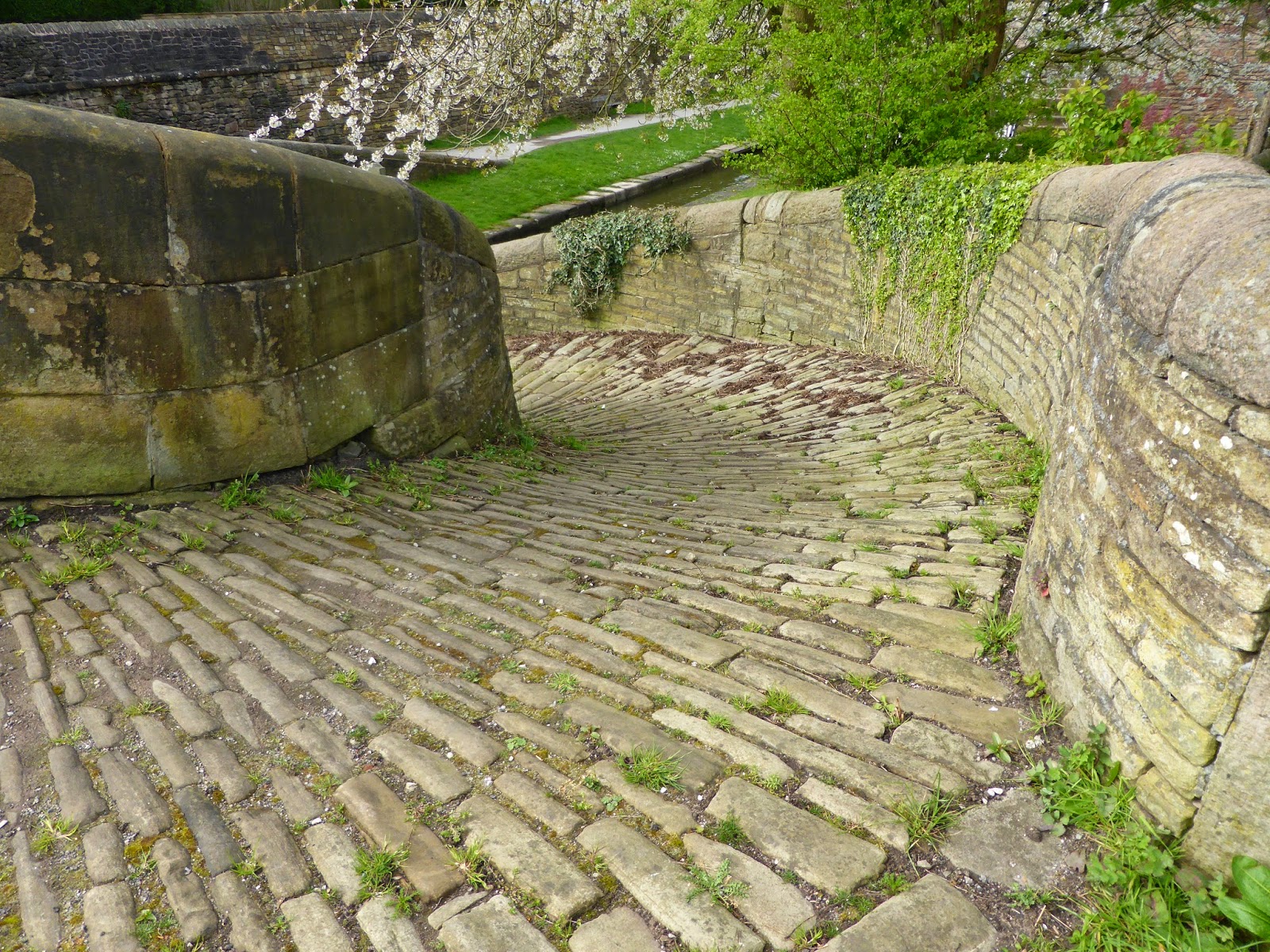 Look at the work in the bed of the snake bridge 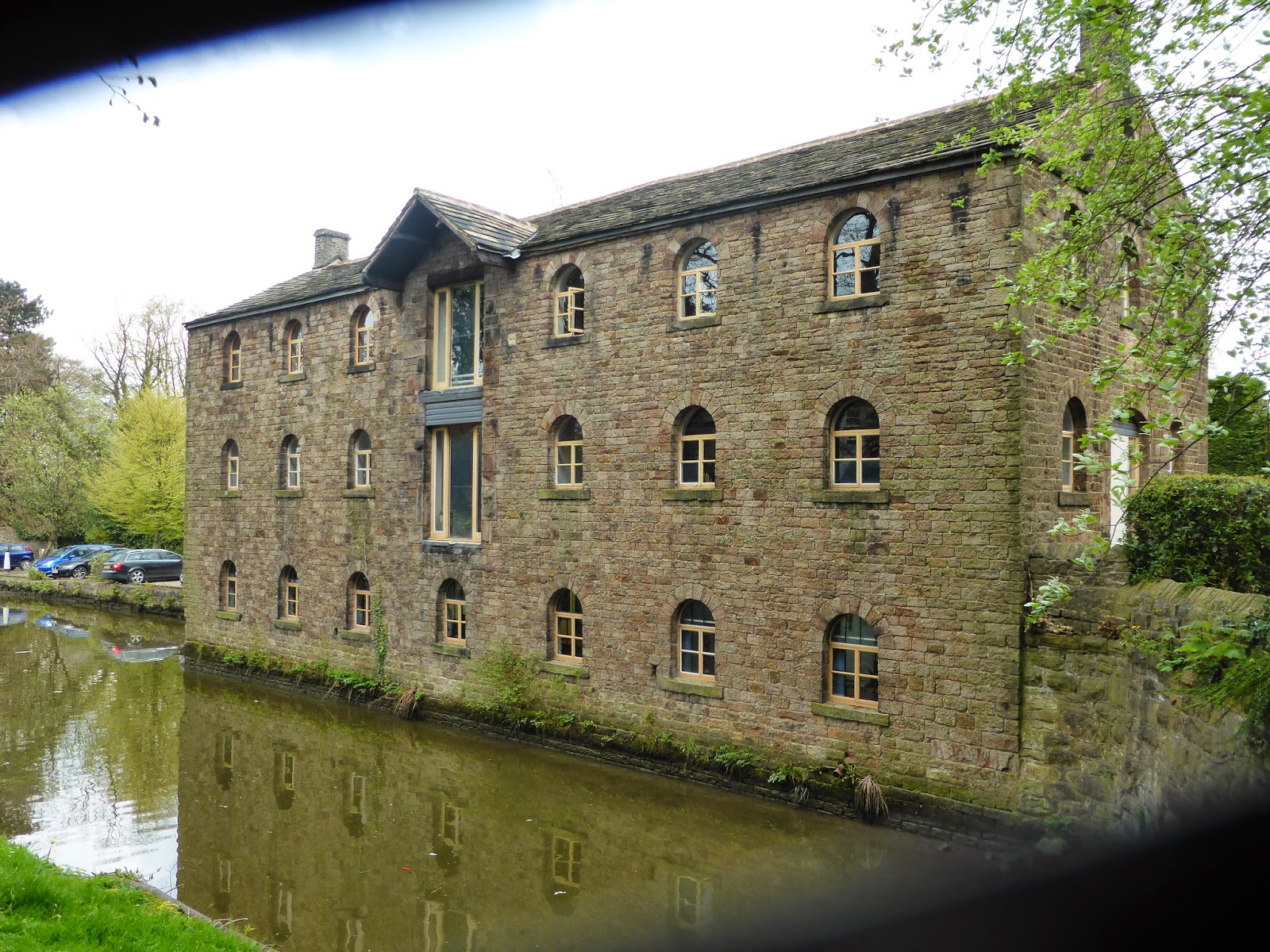 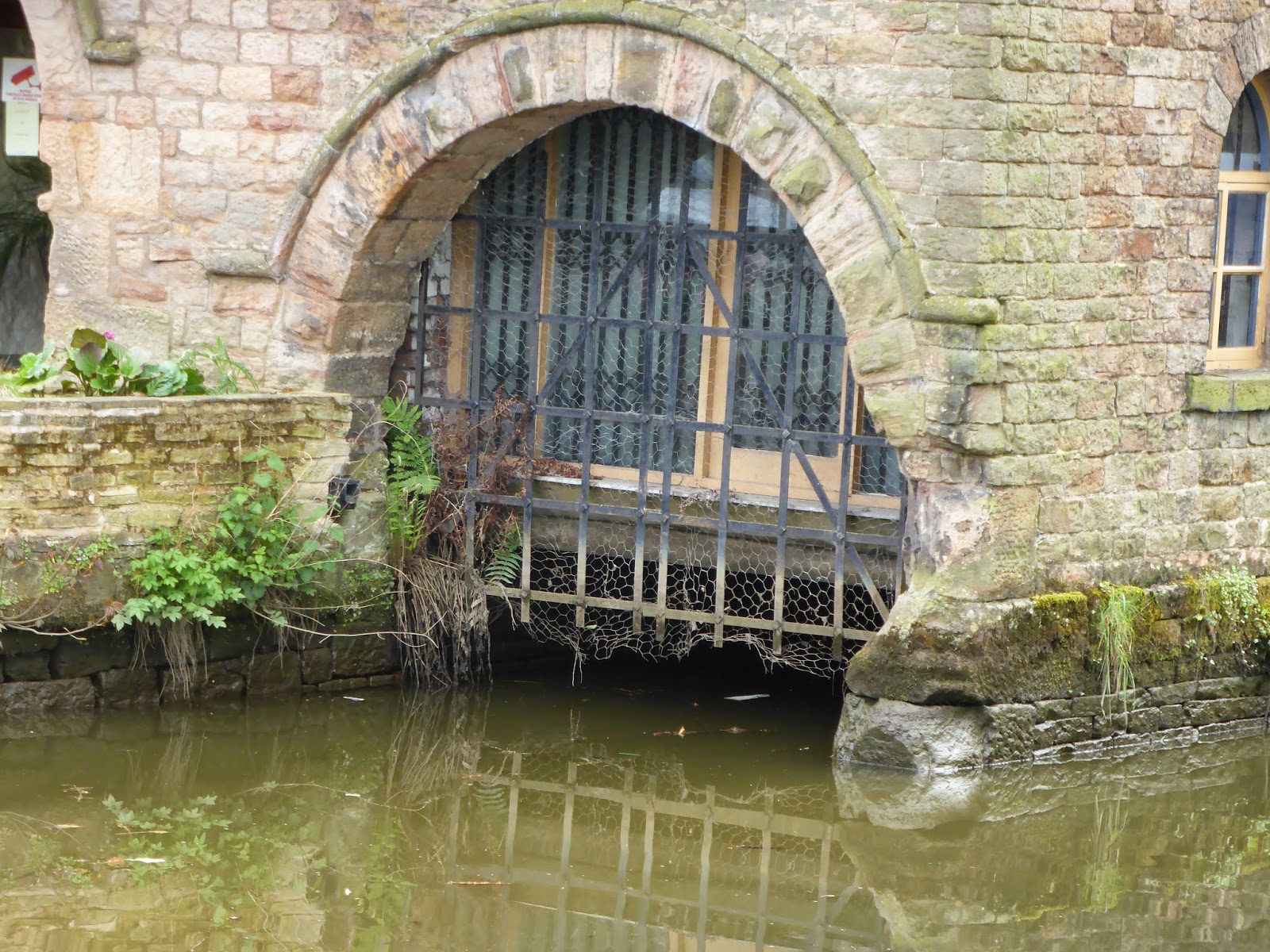 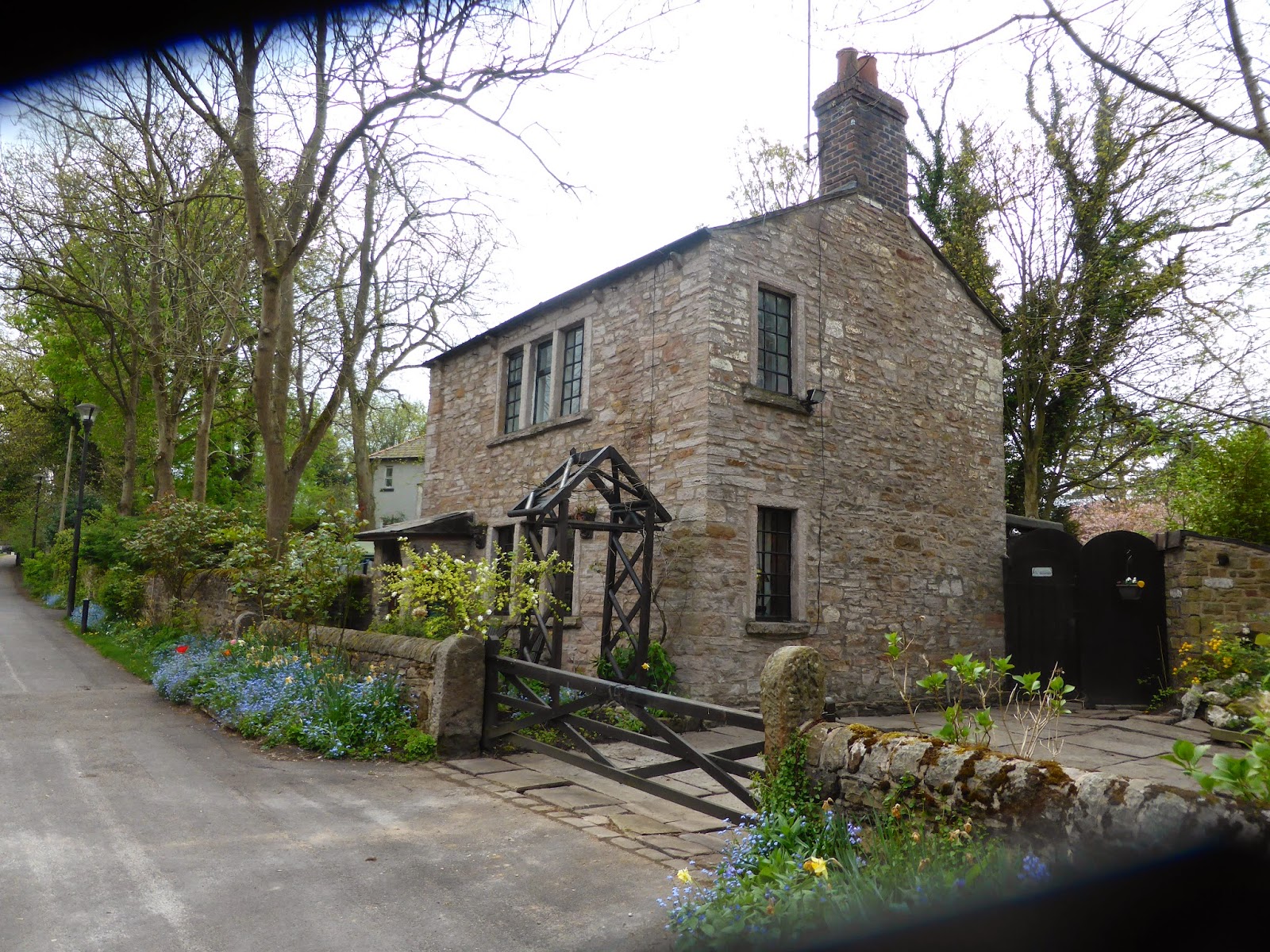 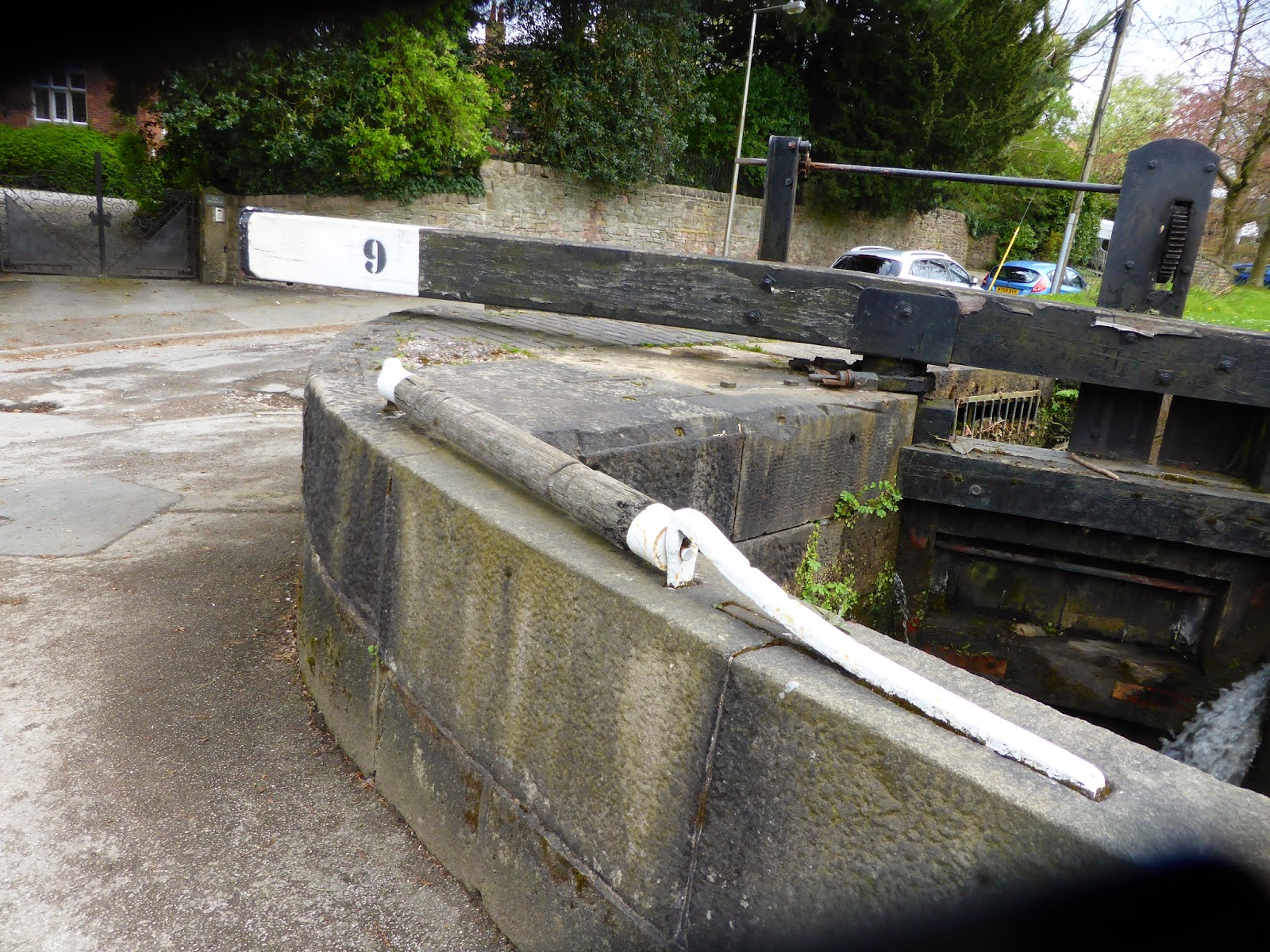 Line roller, to stop the tow line from snagging on top of the wall at lock 10.
As I got to the penultimate lock there was a single handler on his way down so I got in some lock practise and worked him through the last two locks having borrowed his windlass. 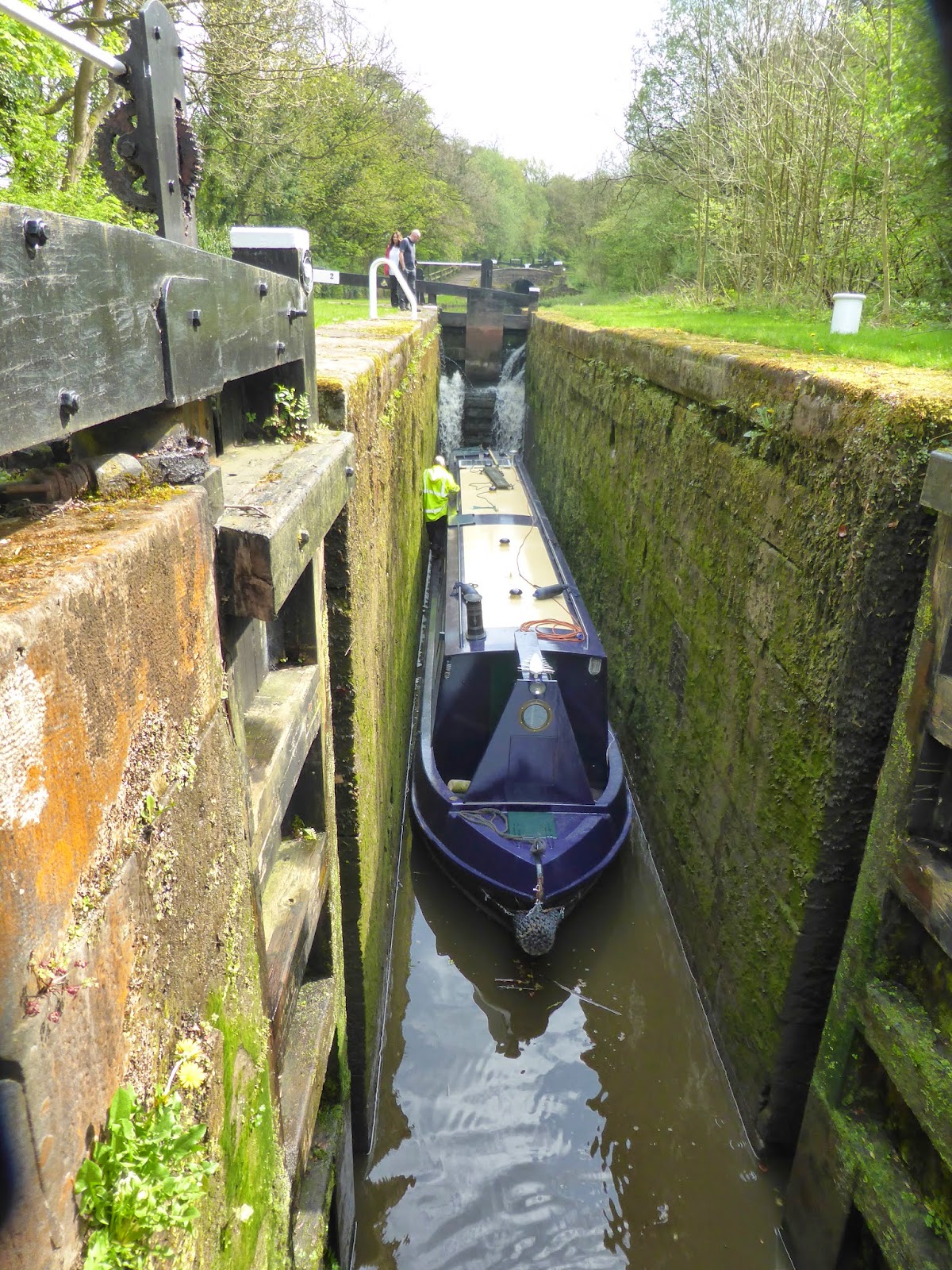 Single handler just climbing back down to his boat 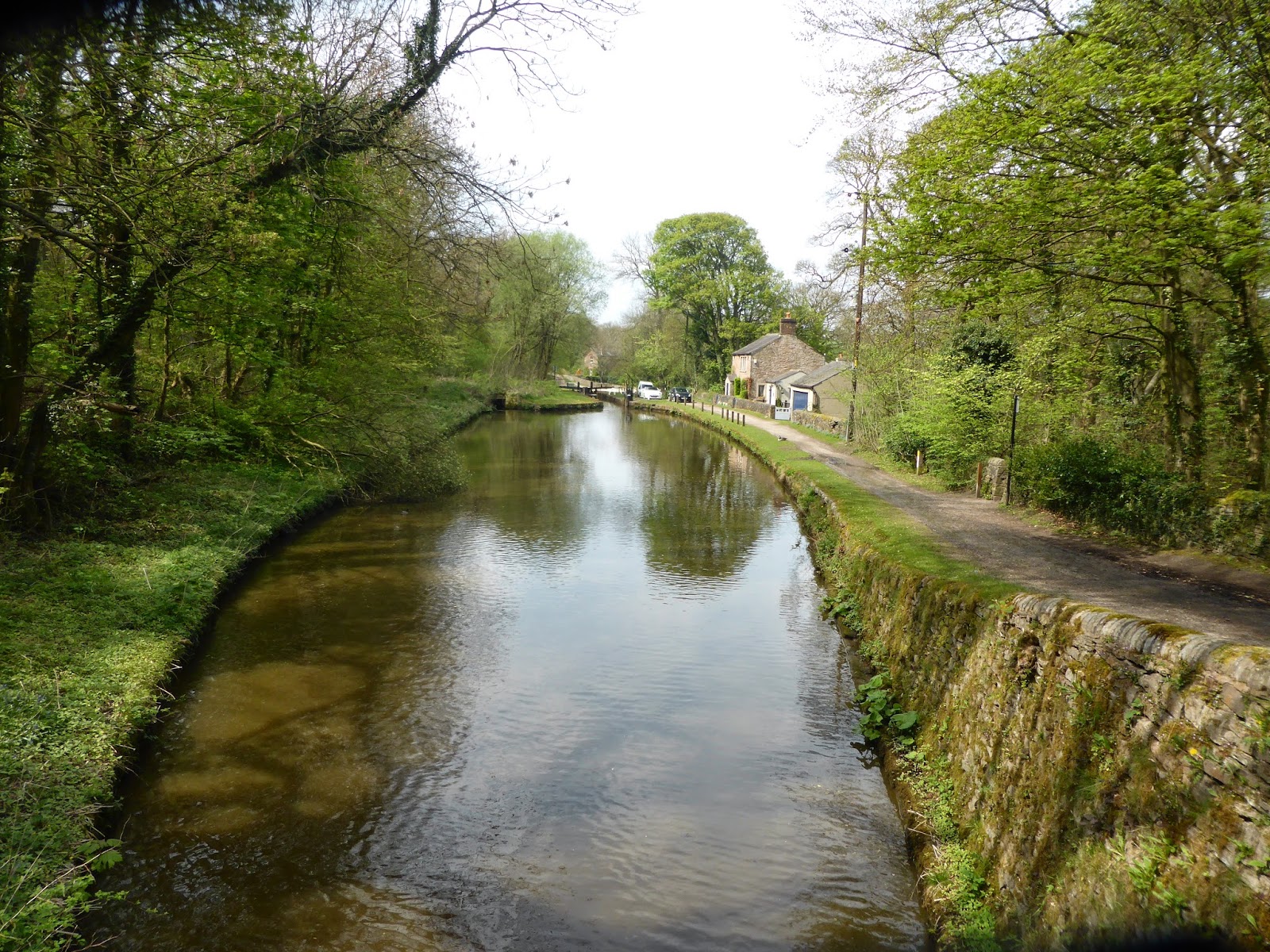 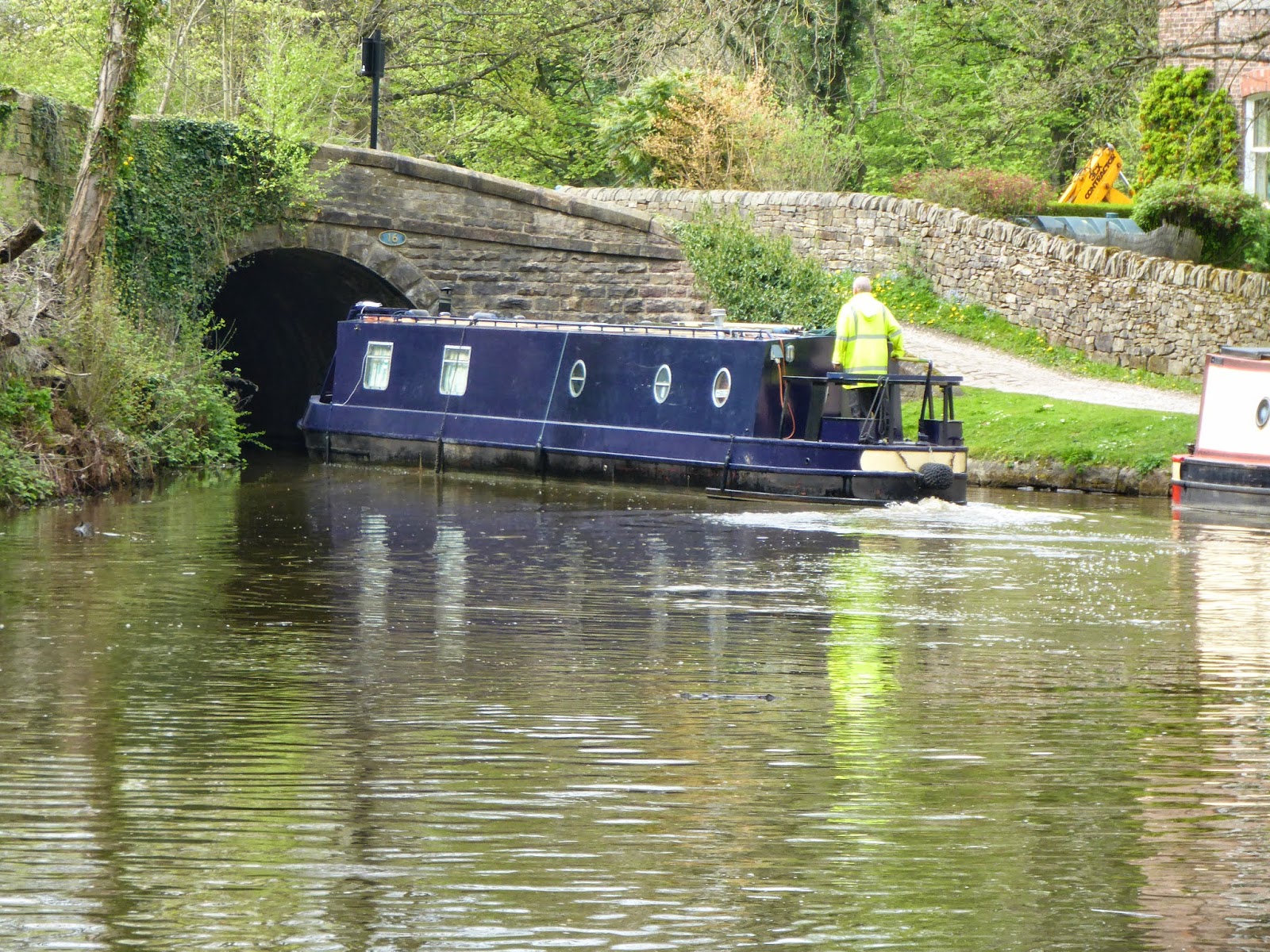 Done and dusted and he is on his way a happy man..