We moored yesterday on the high canal embankment overlooking the Goyt Valley close to New Mills on the Derbyshire/Cheshire border. There is an excellent linear country park through the valley bottom and many people were out taking advantage of yesterday's unexpectedly fine weather.  Things were not so pleasant today as far as the weather went but by late morning the rain appeared to have passed through, Joe had gone of to catch a train into Buxton, so I set out to do a more extended walk with the two dogs. 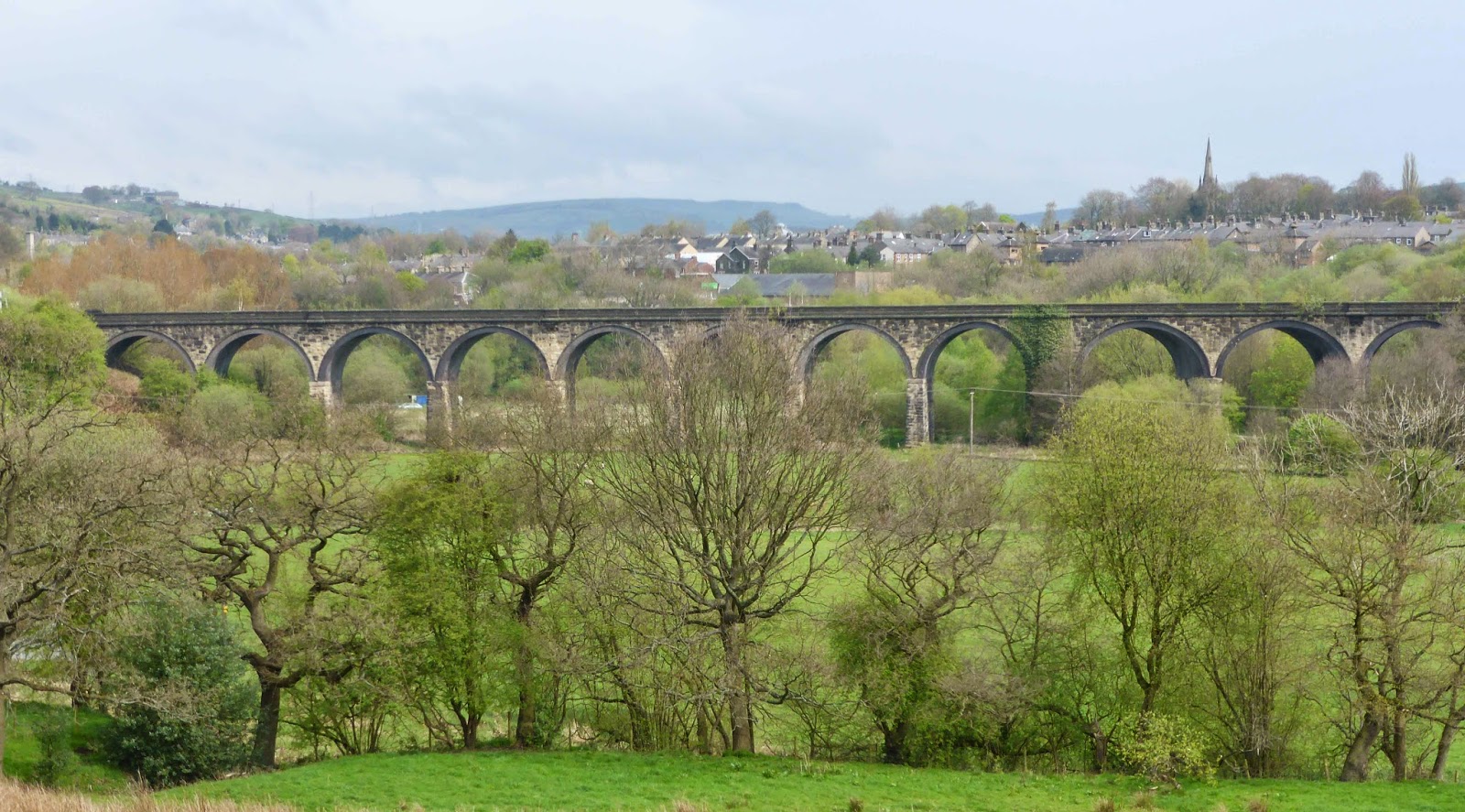 The view from the canal embankment looking towards New Mills featuring one of the Viaducts
There is a public footpath leading down the hillside to the valley bottom from the towpath near bridge 29. Once at the bottom a gated footbridge takes you across the R. Goyt and leads you around some farm buildings and sheep pasture and back to a riverside path. 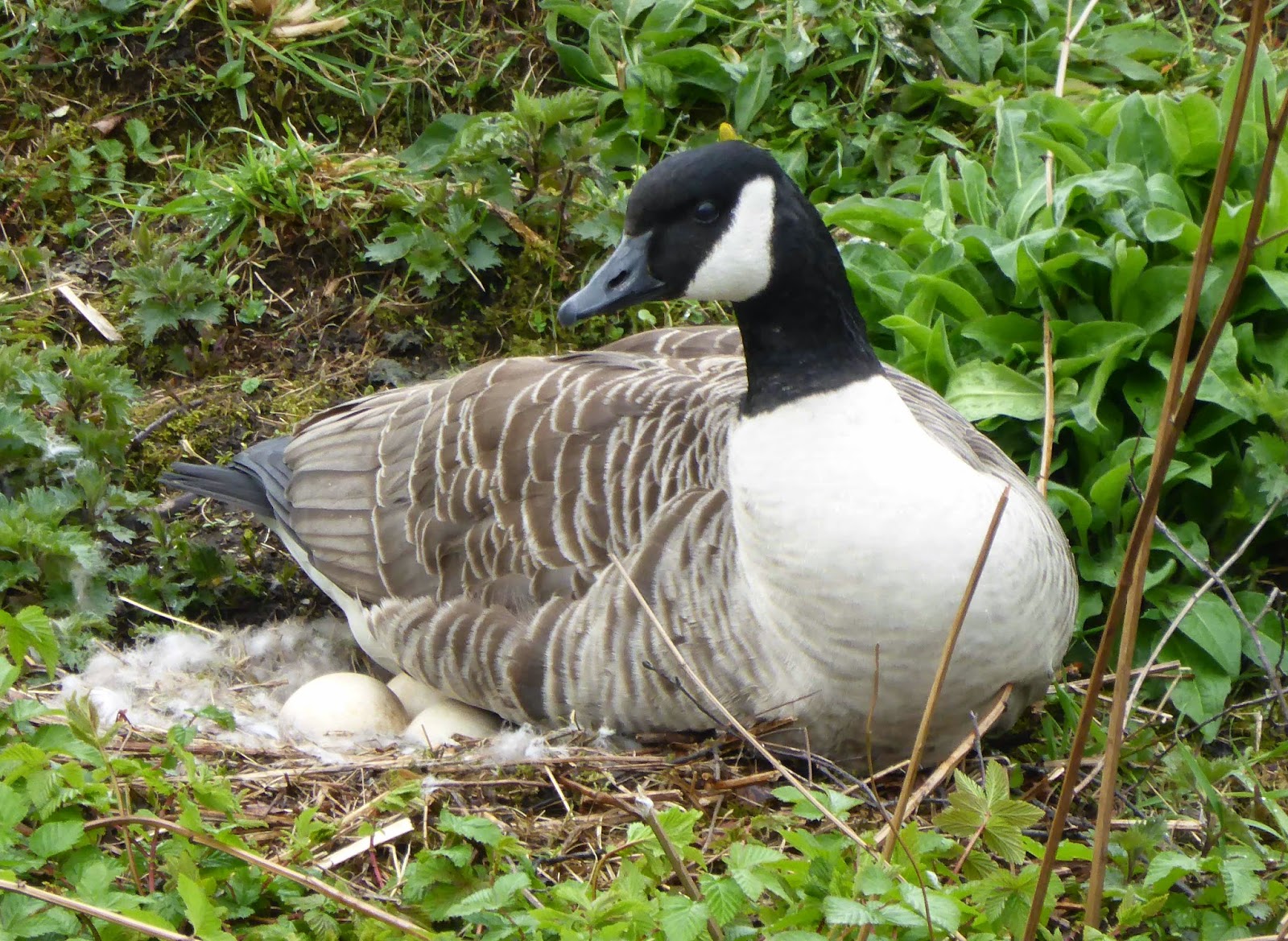 One of my Misc. shots, a Canada Goose and her clutch of eggs 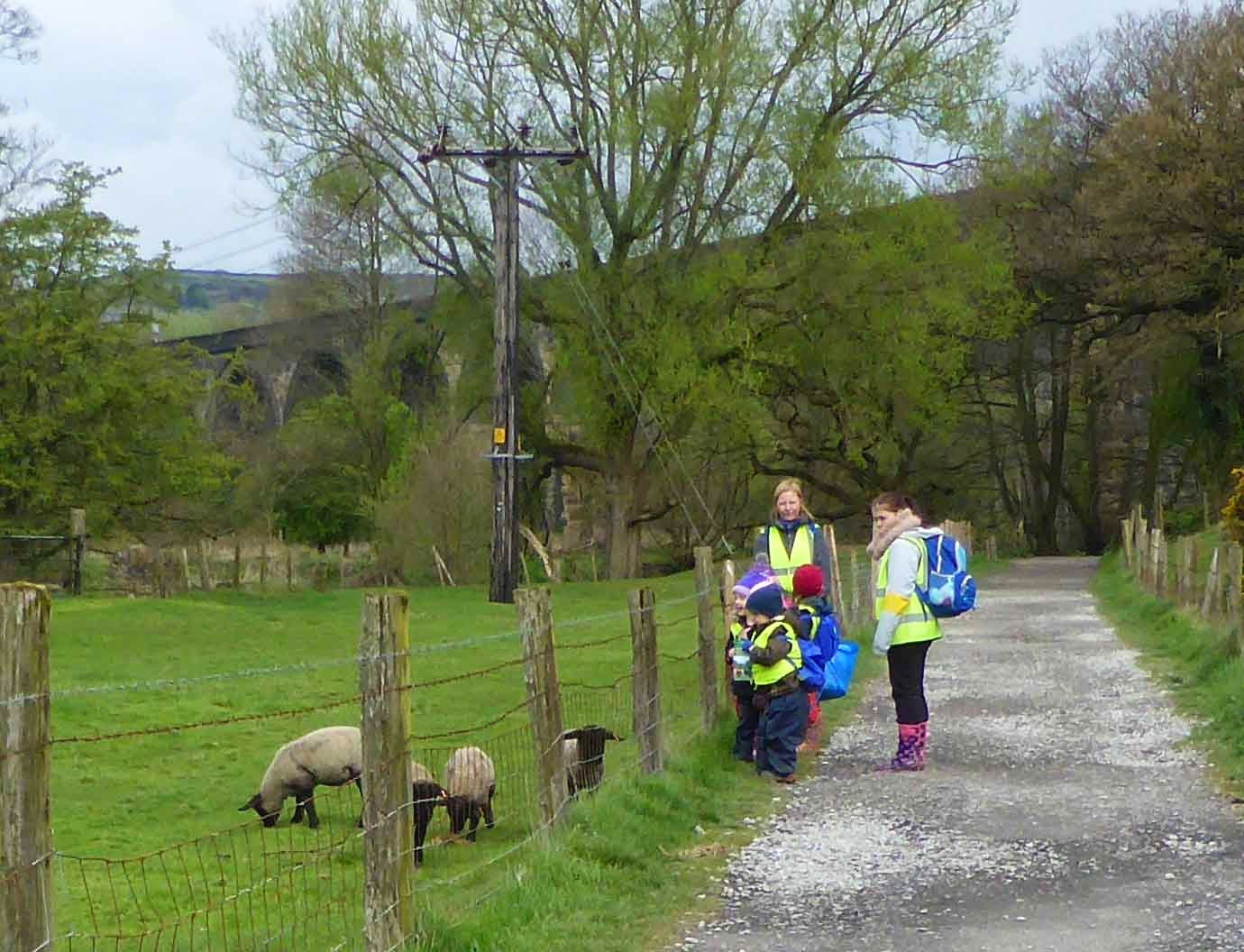 These little people out for some fresh air with their nursery class had stopped to see the lambs and the lambs had obliged by running across their pasture to see the children...cue very gleeful children! 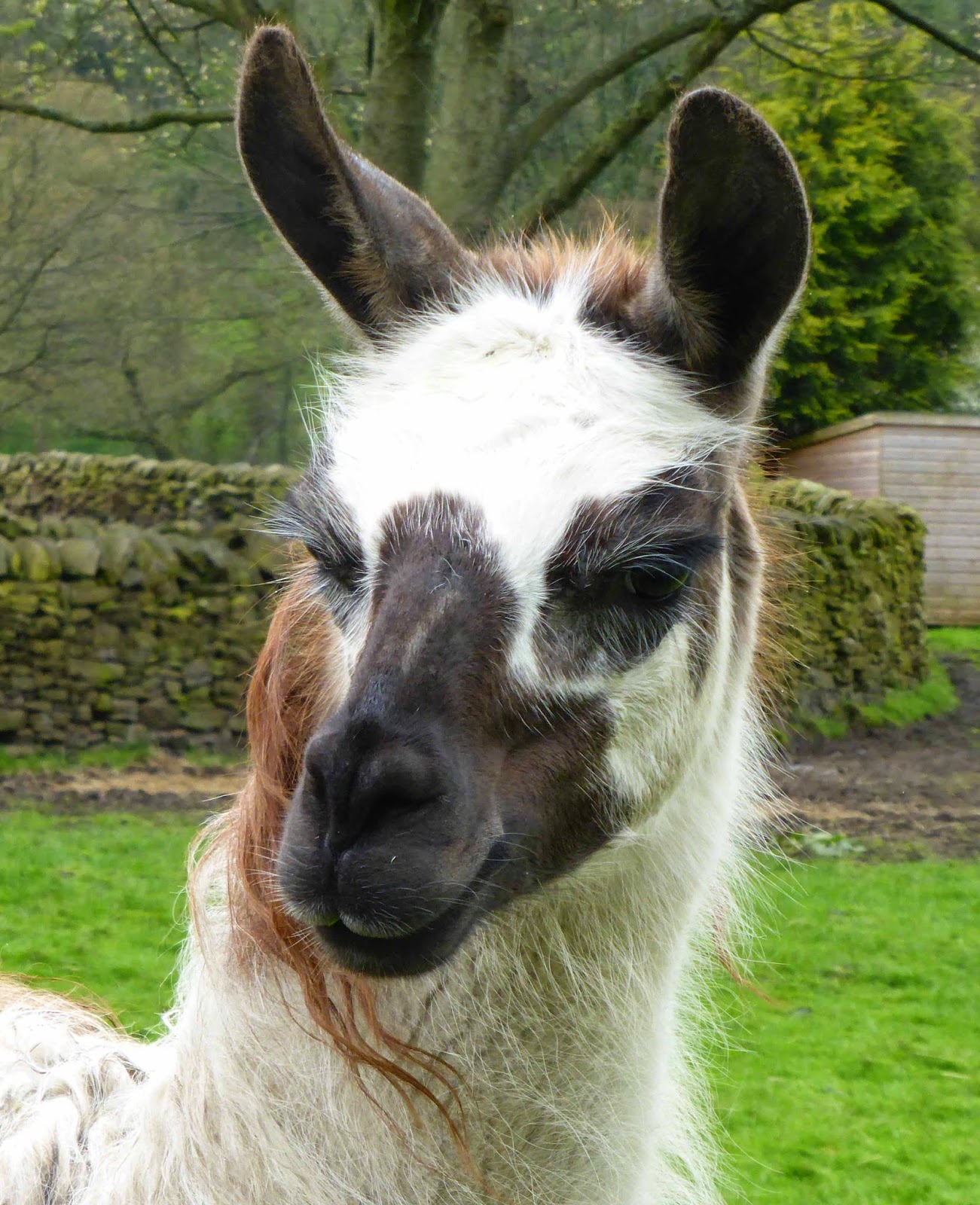 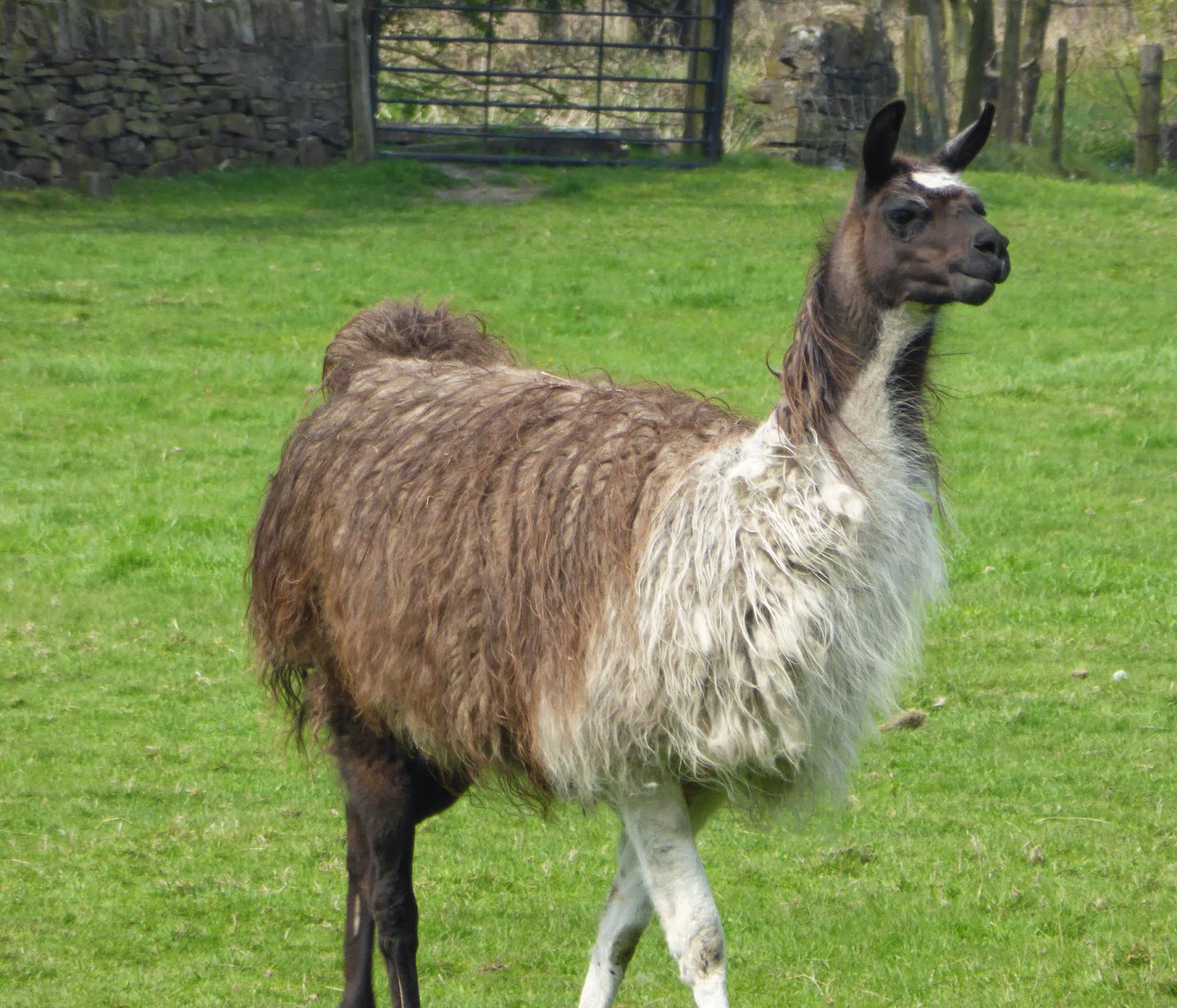 And here be number two 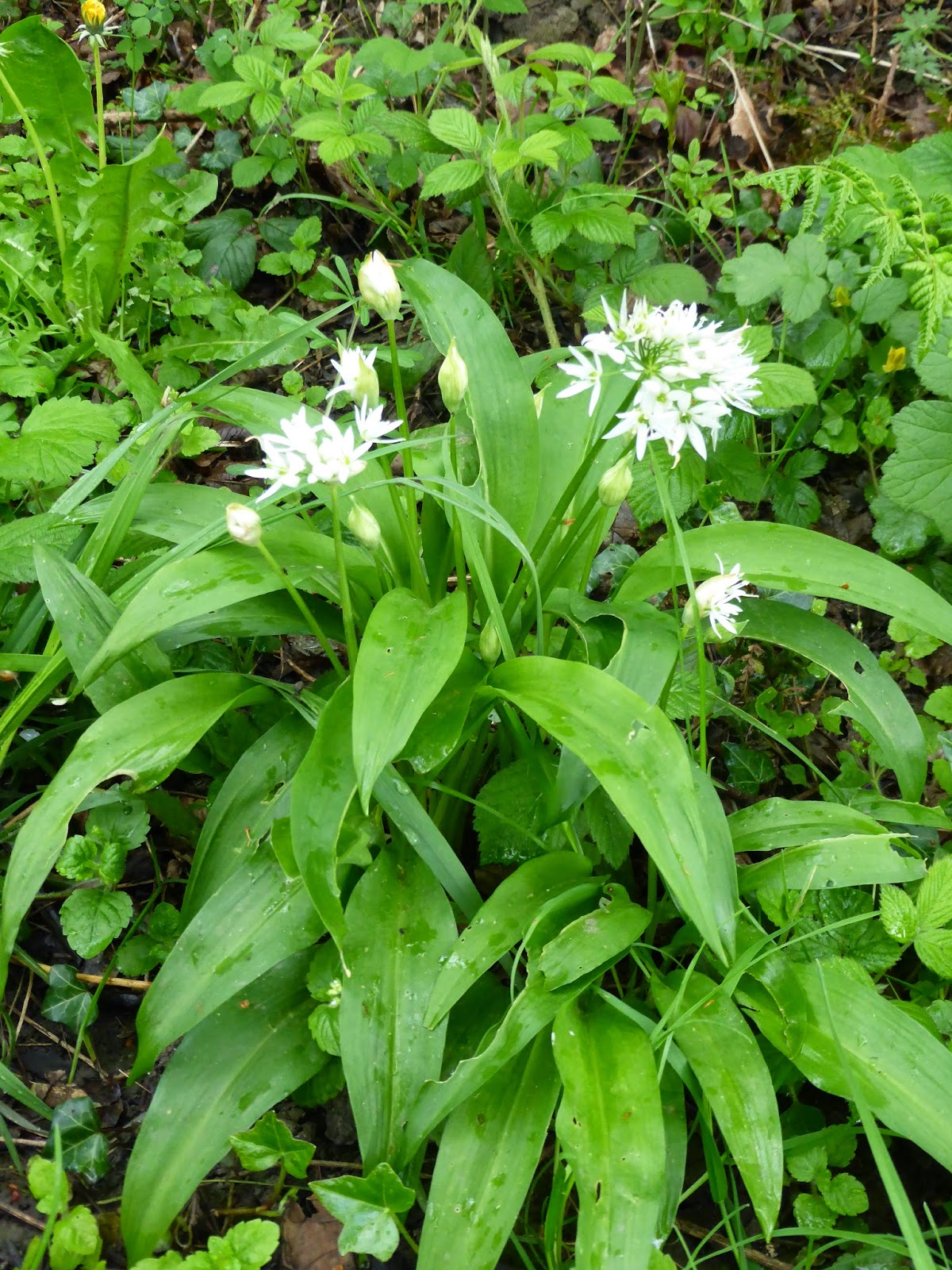 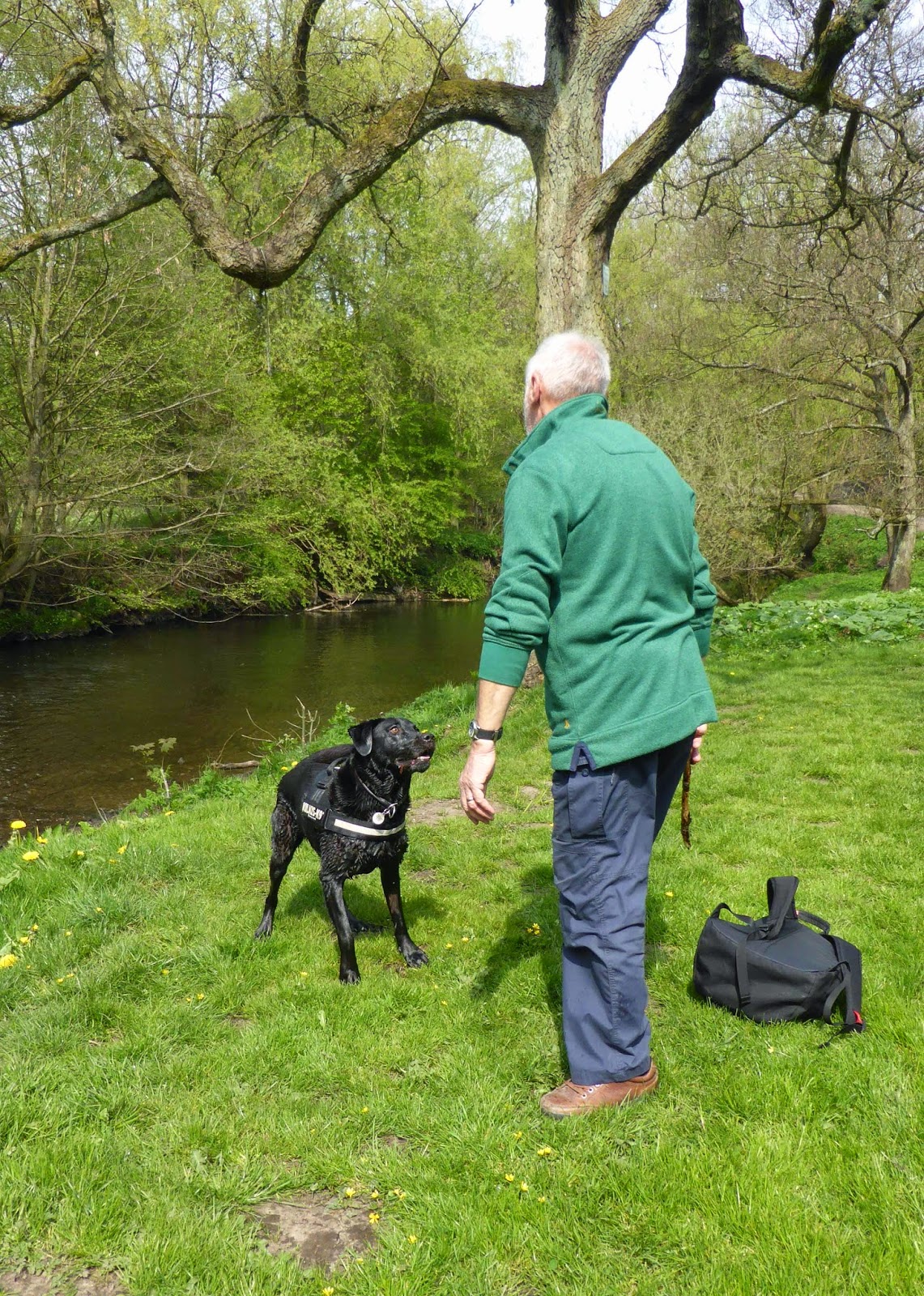 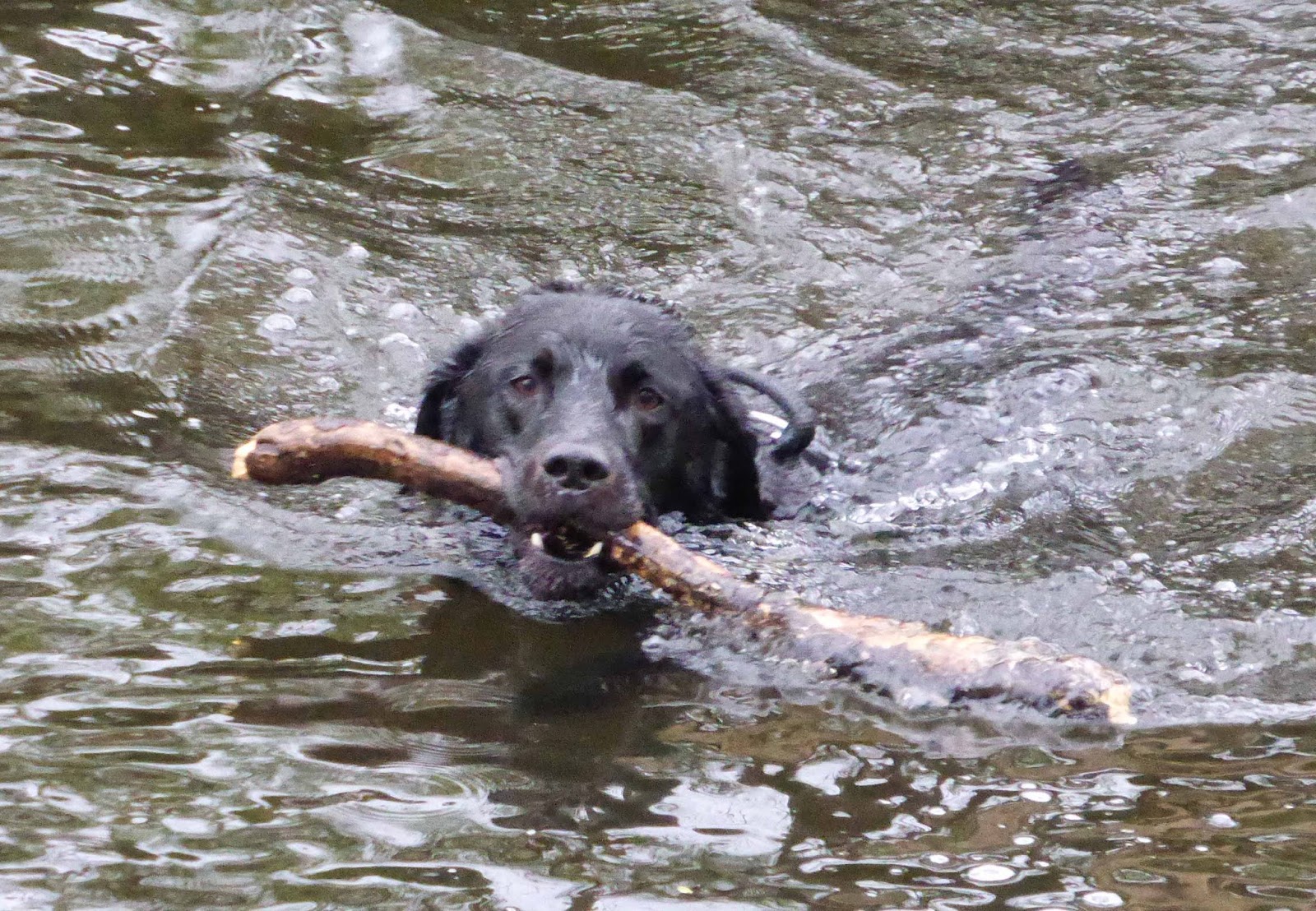 Stick retrieval,  Simples
As you approach the town of New Mills, following the route of the Goyt river you enter a deep gorge of Sandstone and Gritstone known as The Torrs.  It is in the gorge that Mill construction was undertaken, the first mills being water powered.  Mill building started in 1788 and in 1810 there were 9 Cotton Mills, 3 Weaving Mills and more than 3 Printworks.    The mills were later  converted to steam power, plenty of water and coal seams nearby to facilitate the change.
The town was served by the Peak Forest Canal and at one time, three Rail lines. 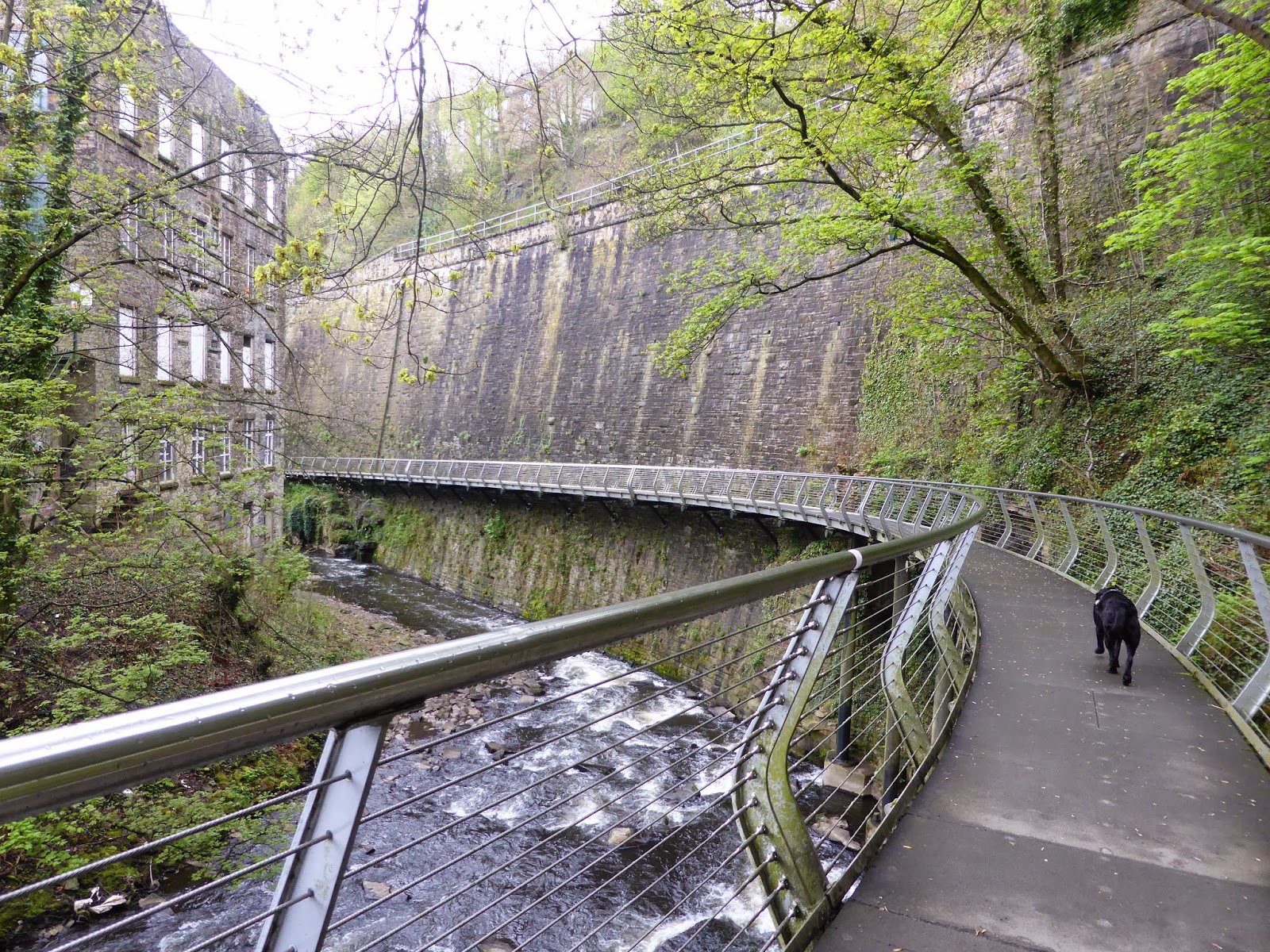 To celebrate the Millennium in 2000 a stunning walkway was erected that takes you through part of the gorge high above the level of the river; details here Millennium Walkway New Mills Derbyshire 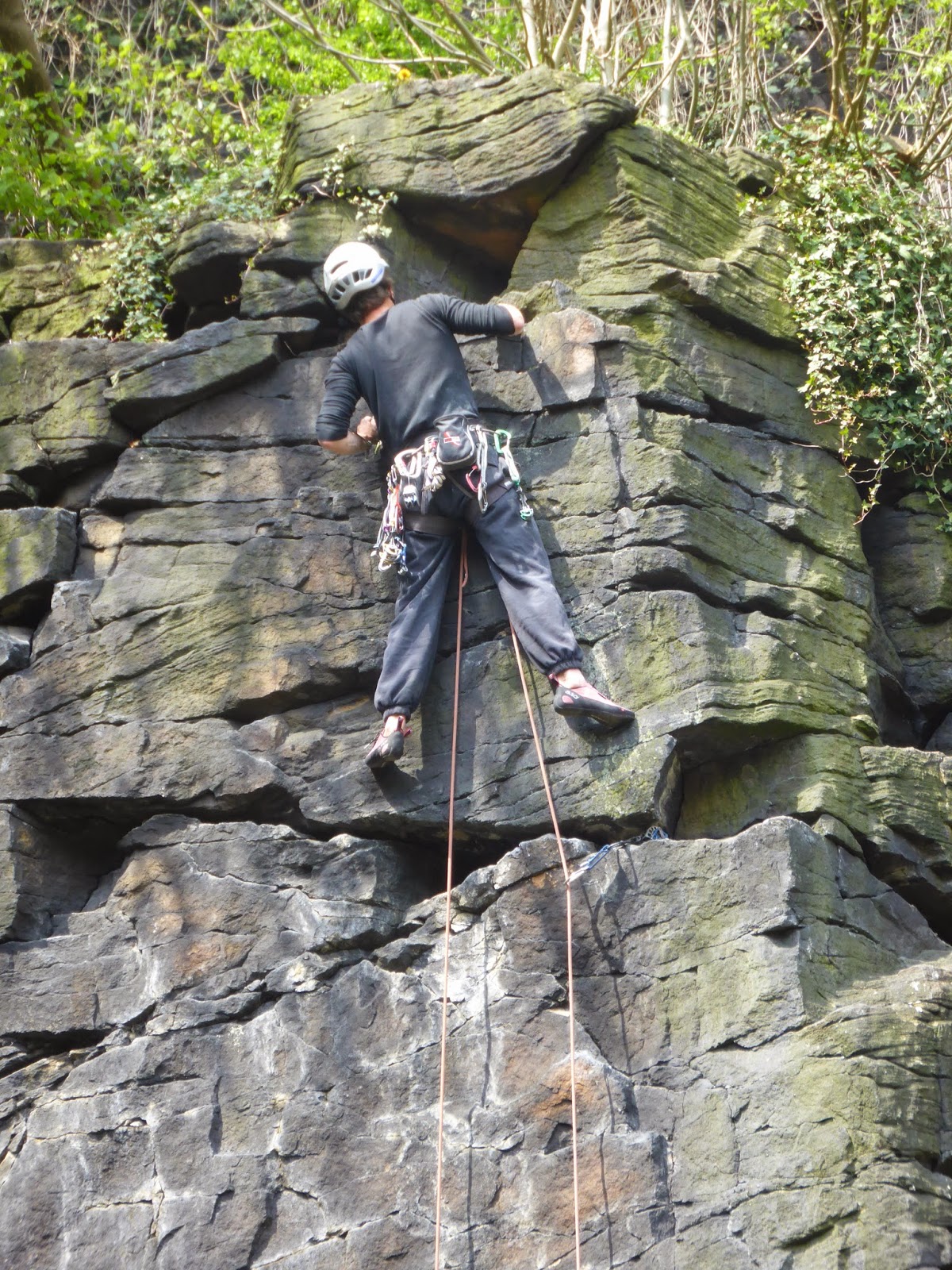 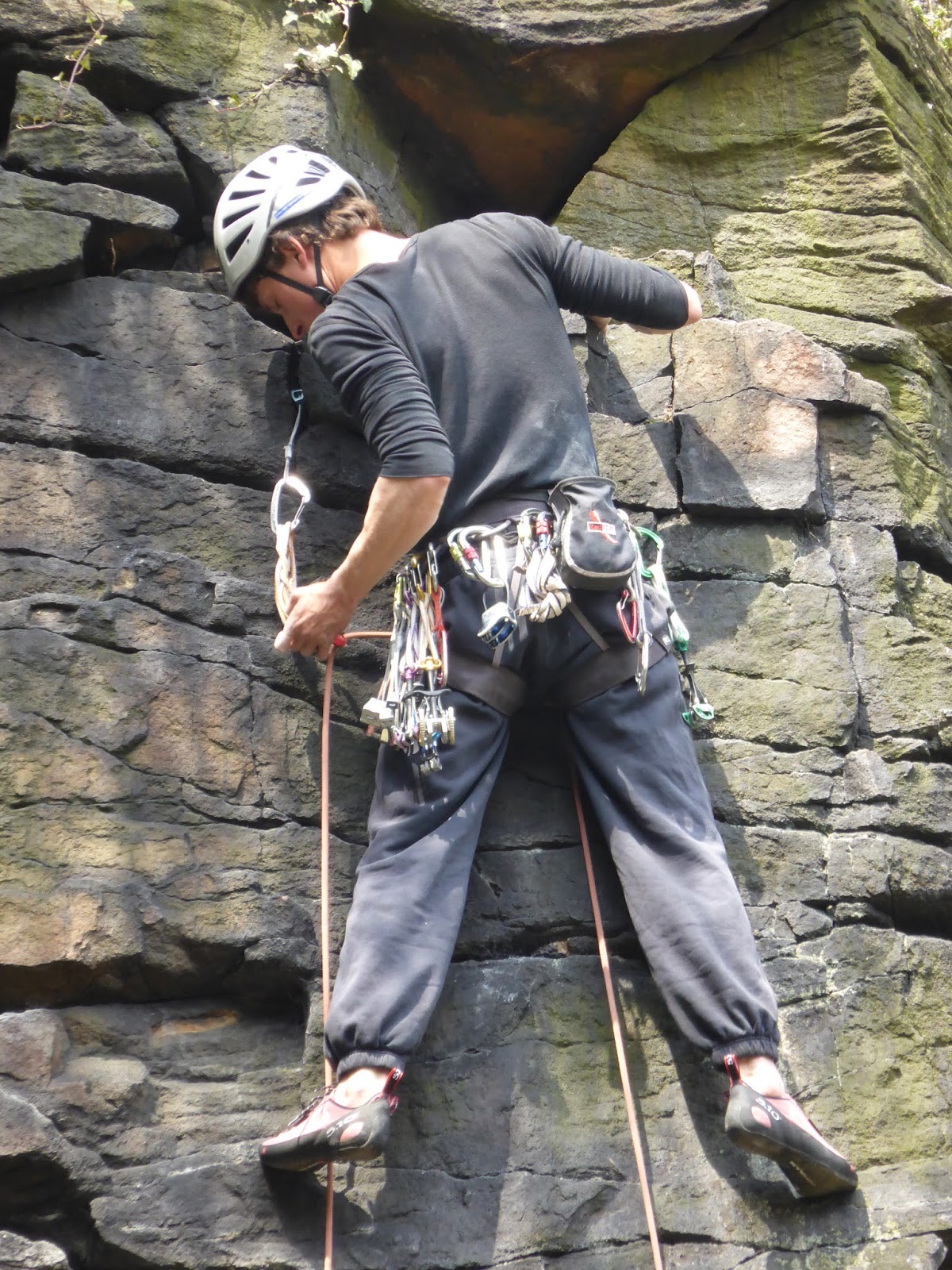 He was about 80 feet up...
rather him than me thank you 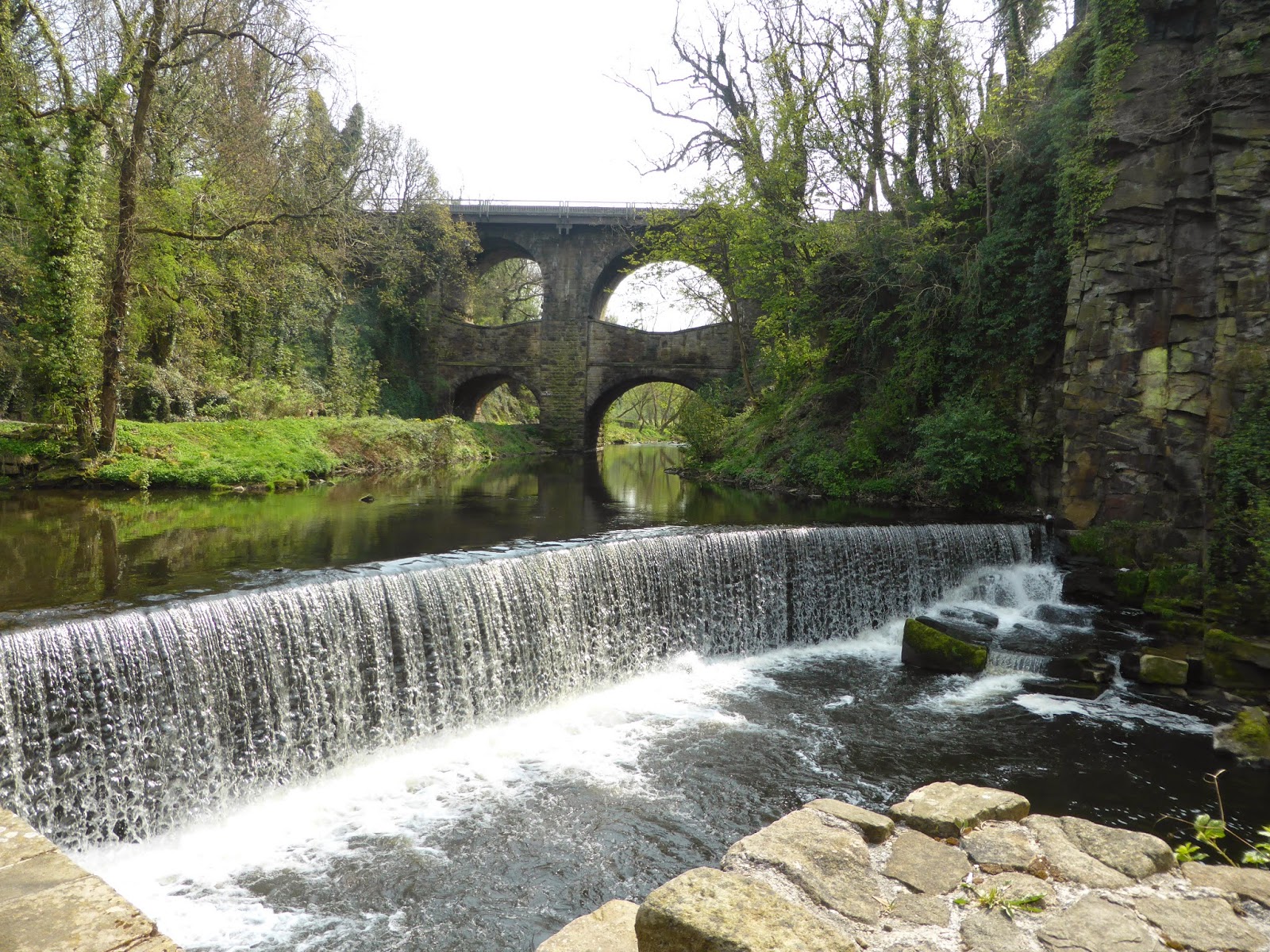 Another Viaduct and mill race 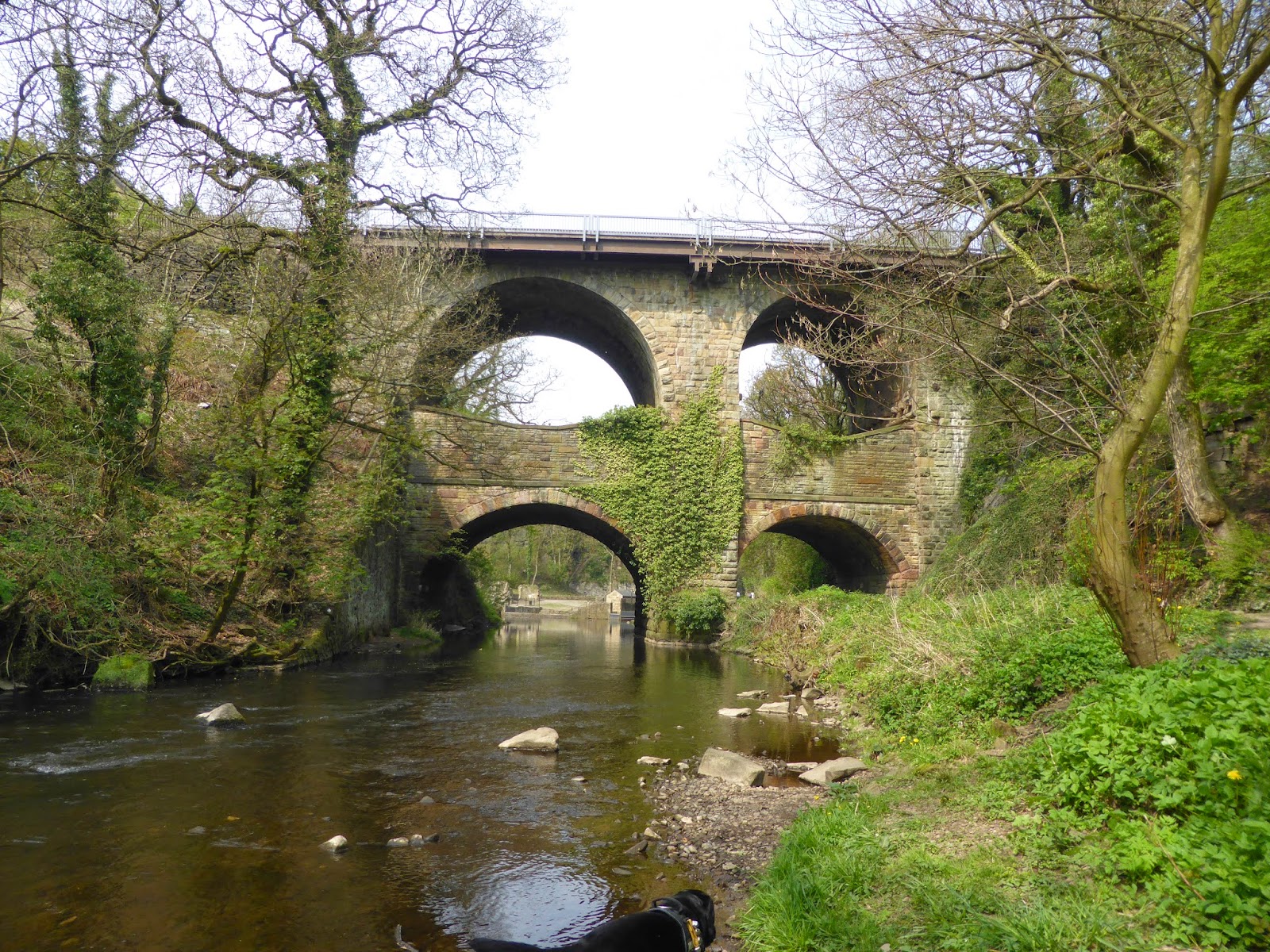 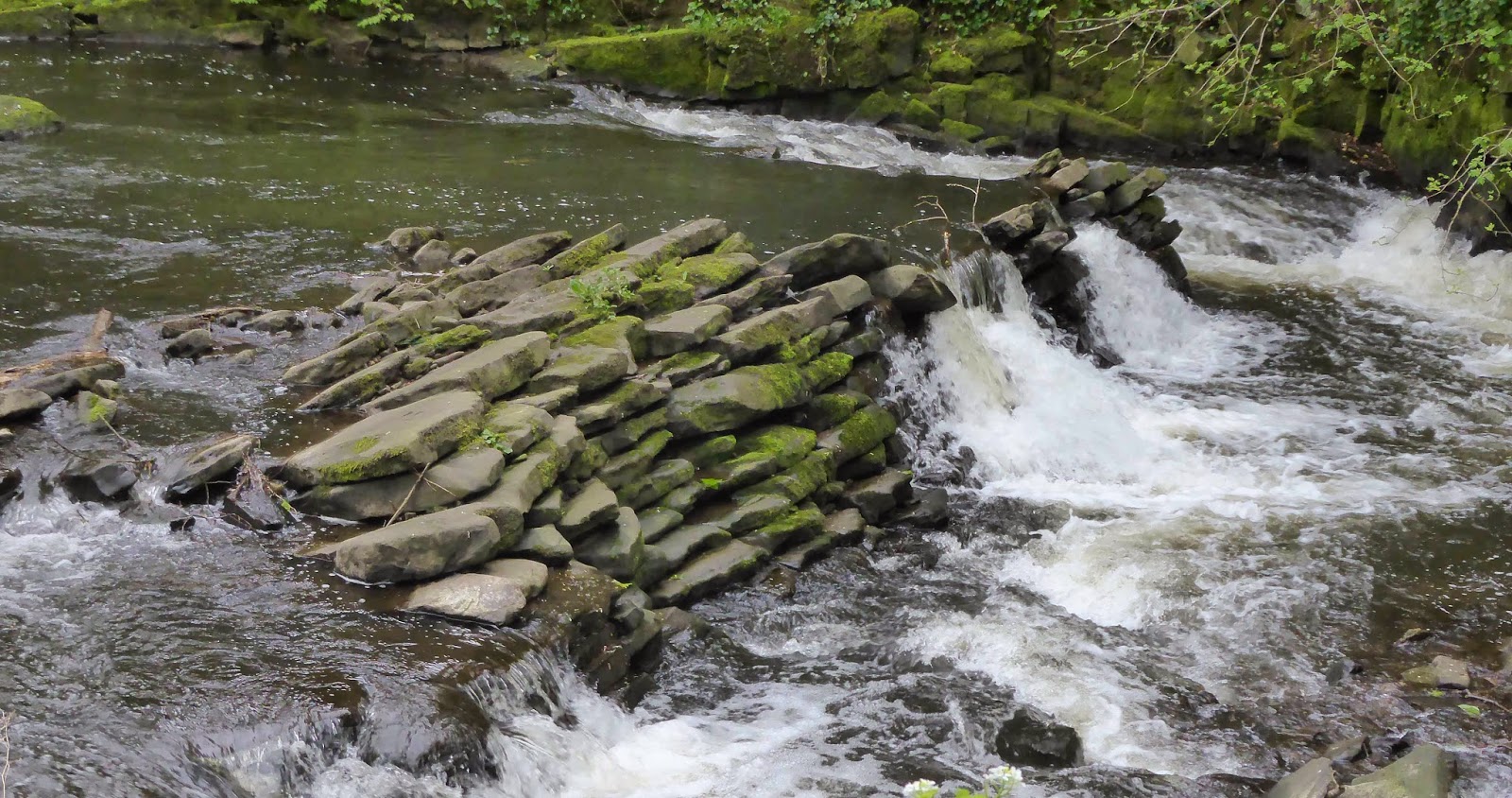 The remains of another race?
Posted by Nb Yarwood at 16:35