We had a quiet night on the visitor moorings at Etruria, I slept soundly - read, comatose - I wasn't even disturbed by Joe getting up for the dogs during the night.  The side affects of the medication Fletcher is taking (steroids) is that he needs to pee much more frequently and profusely than the norm so one or other of us has been playing night nurse and getting up to let him out as soon as any fidgeting is detected; last night was Joe's turn.

As soon as we had breakfasted we pulled the boat back on to the services and filled the water tank, the washing machine was on dealing with a change of bedding and as soon as the tank was brimmed Joe winded (turned) Yarwood and we head back out on to the T&M and set off north through Stoke. 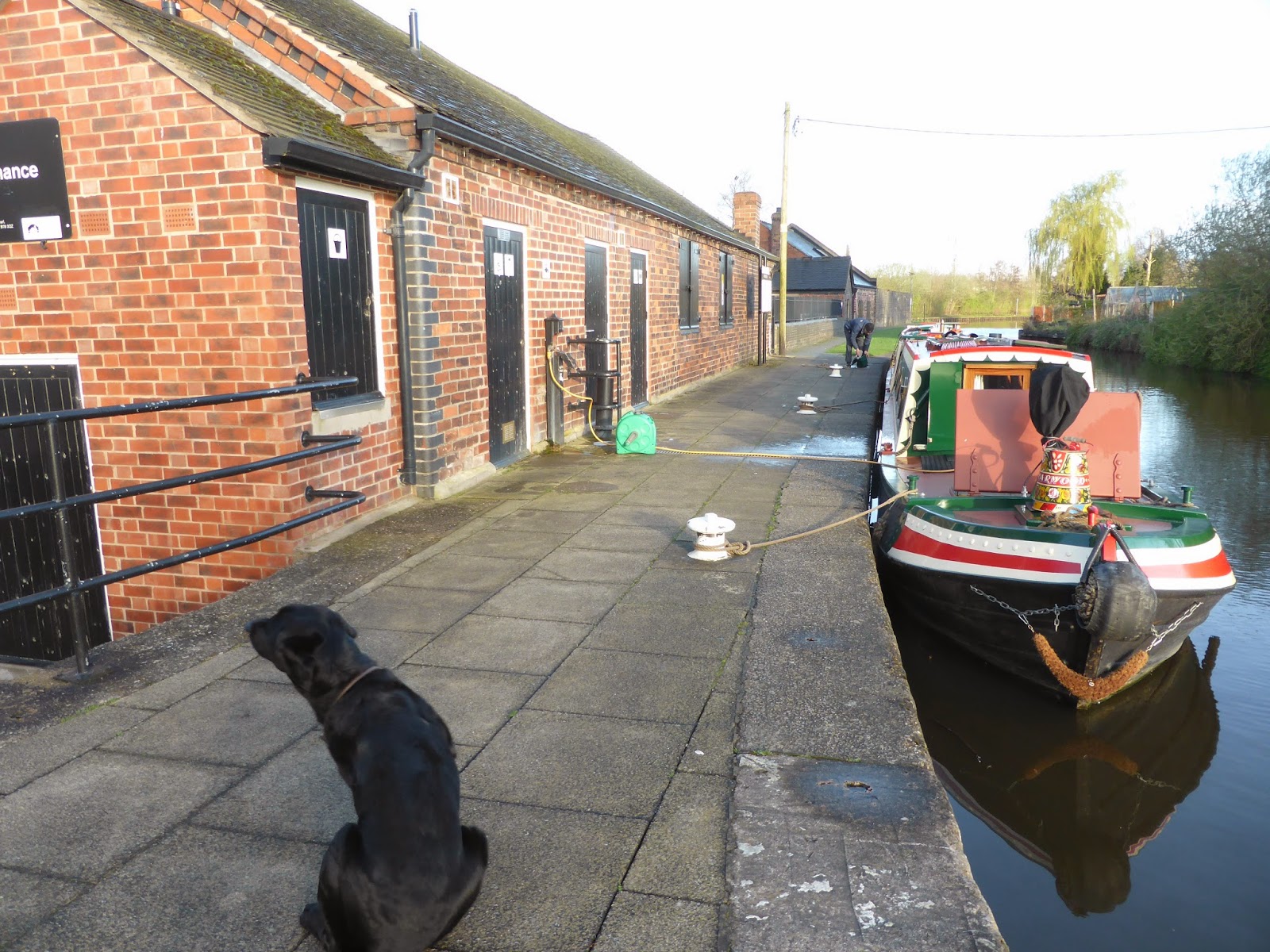 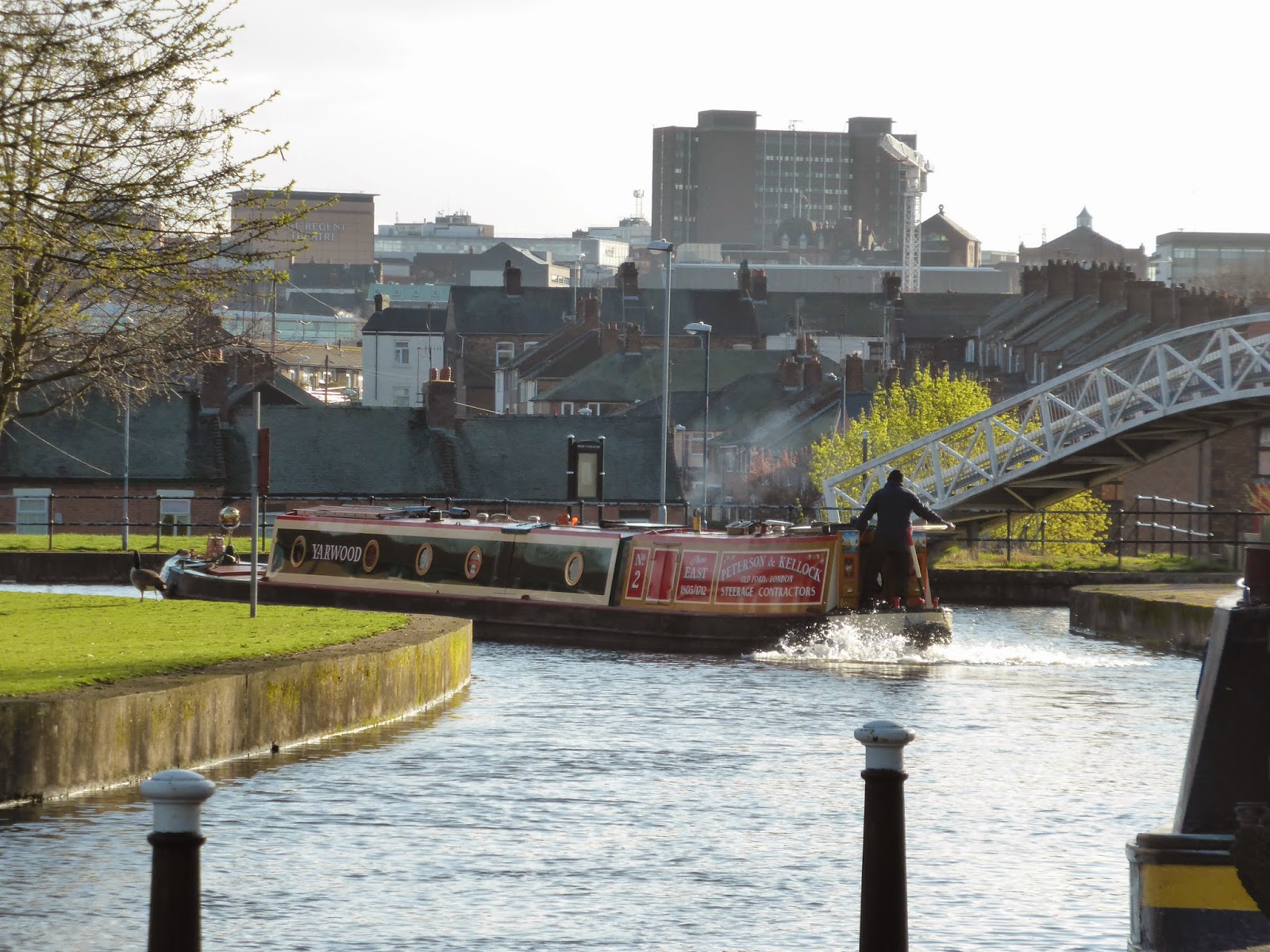 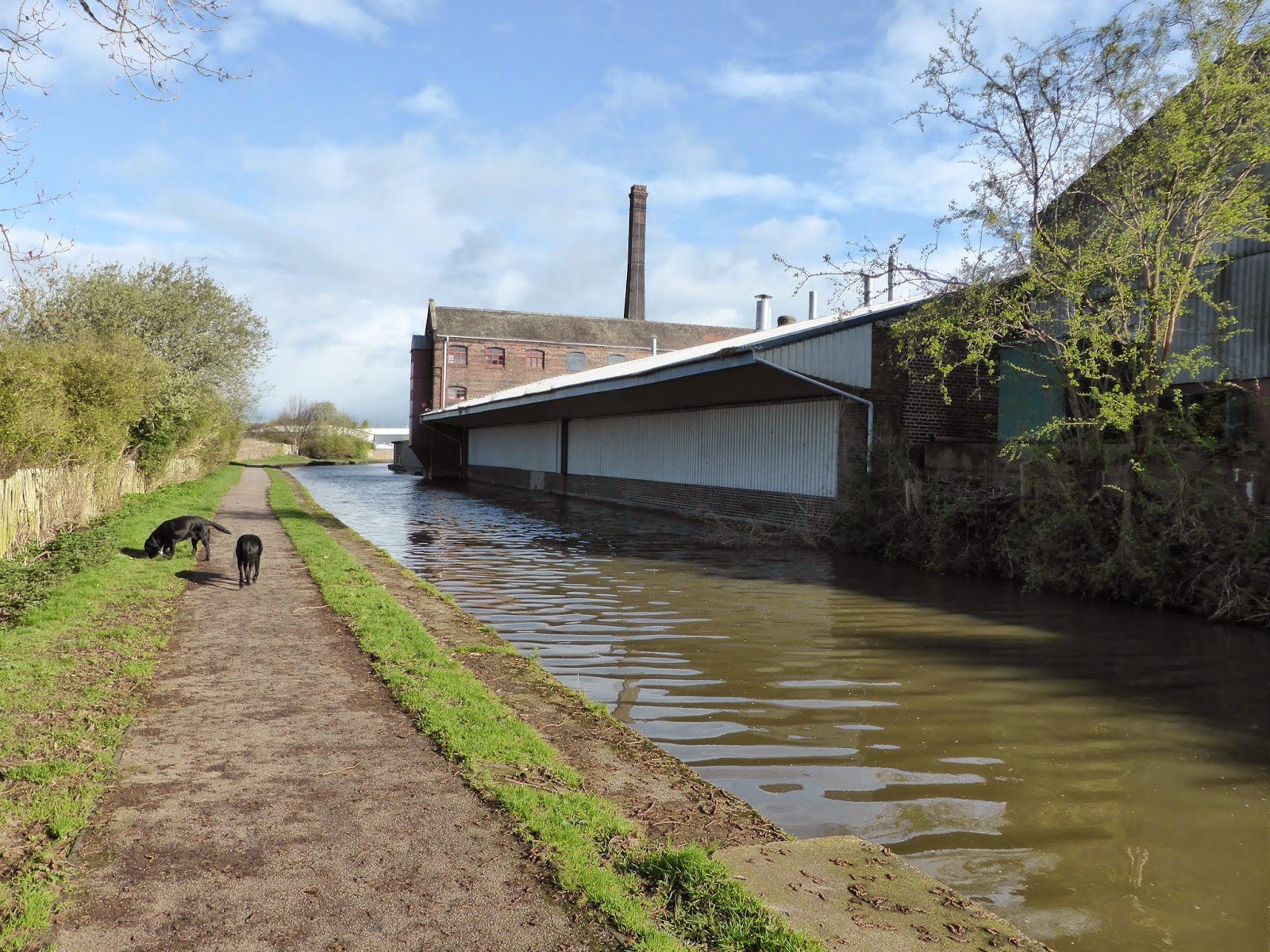 Tidied up and unused but this building would have been a covered dock for the loading and unloading of narrowboats.
It was just short of four miles to the Harecastle tunnel, our first stop, so I walked the dogs along the towpath.  I spotted Nb. Armadillo heading south, they had just passed Joe and the boat, so I called a greeting as we passed each other in the lovely spring sunshine. 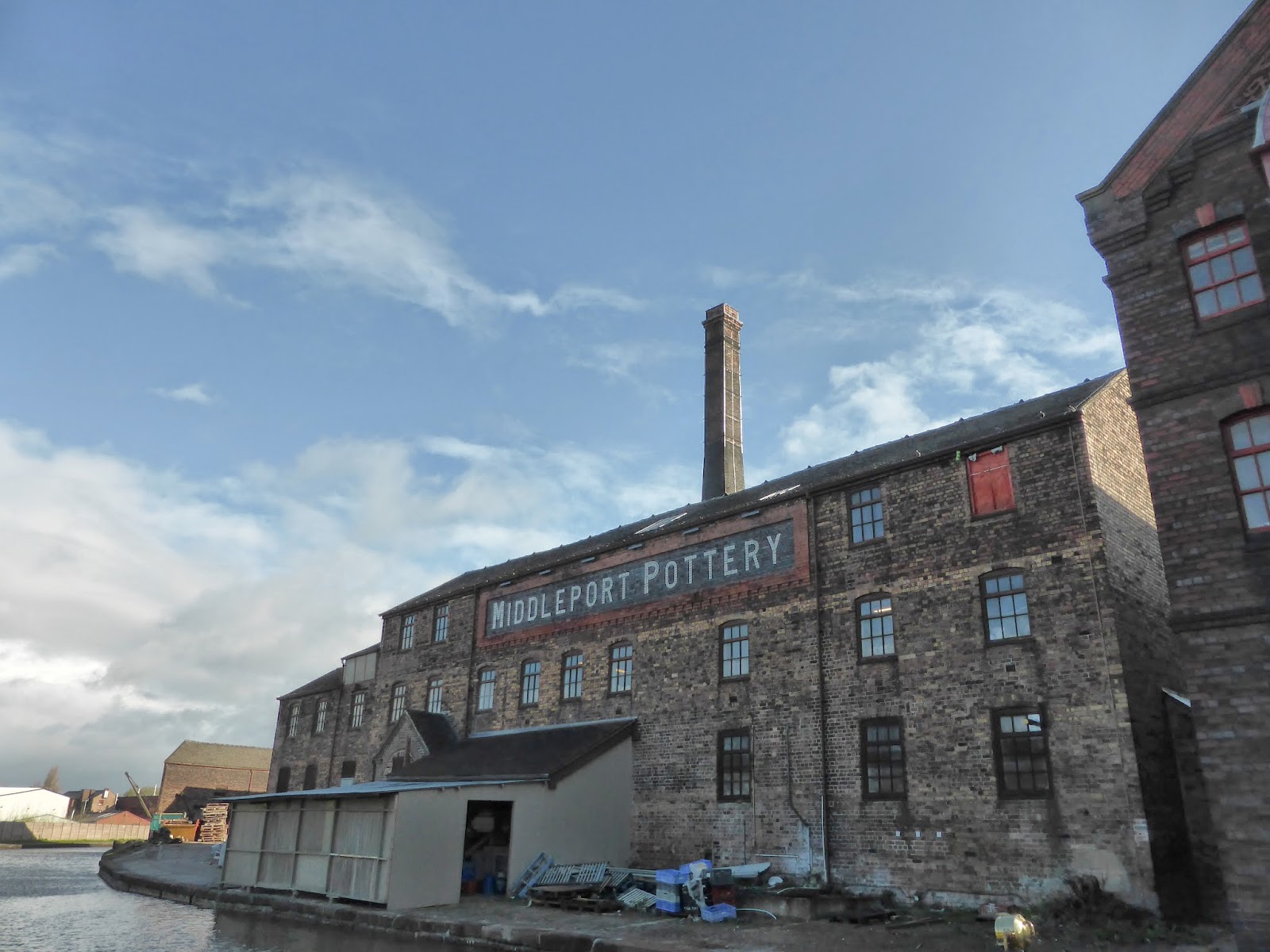 The much photographed Middleport Pottery building 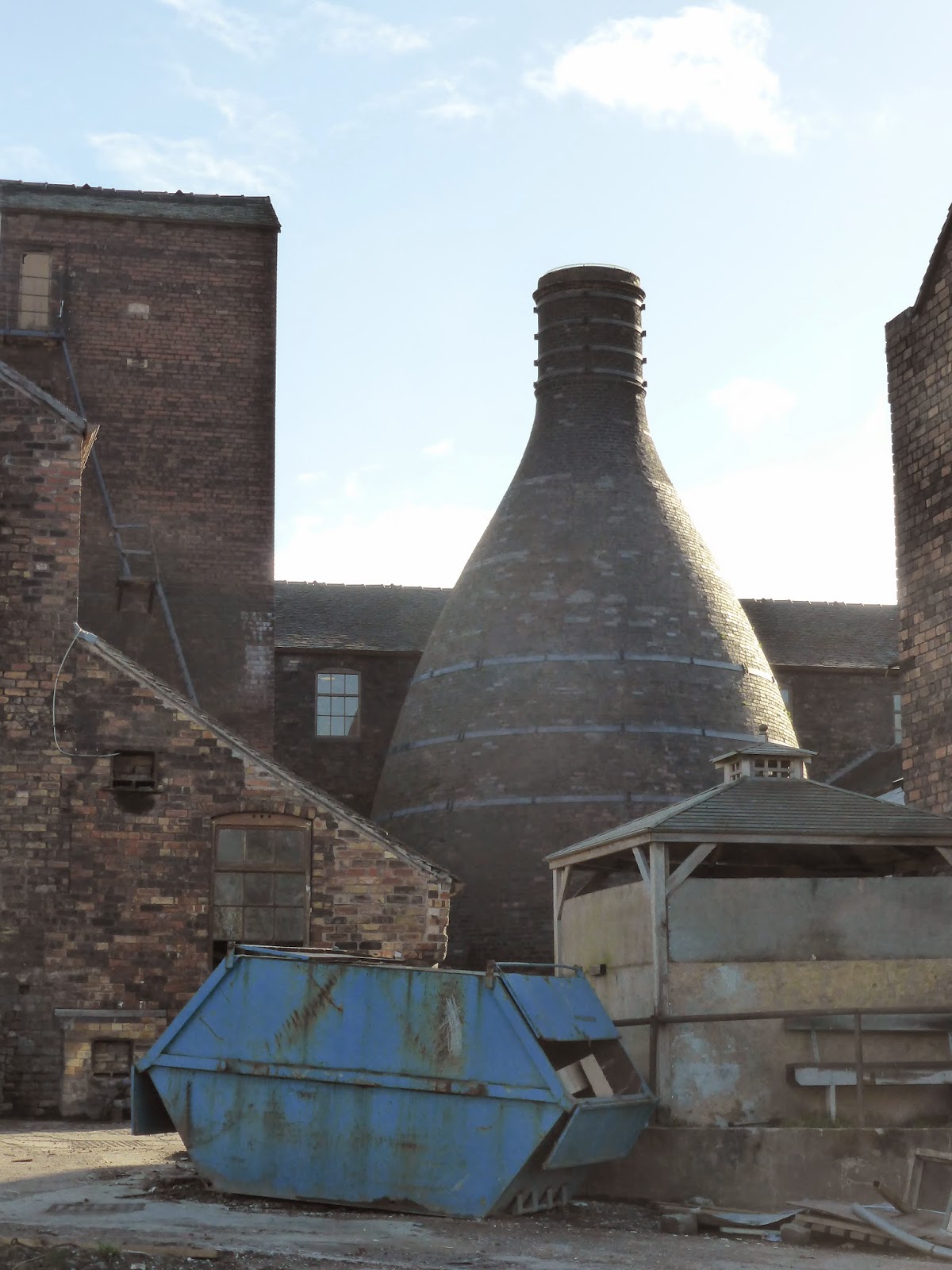 An example of what was once a ubiquitous bottle kiln...these were everywhere in the pottery towns a one time. 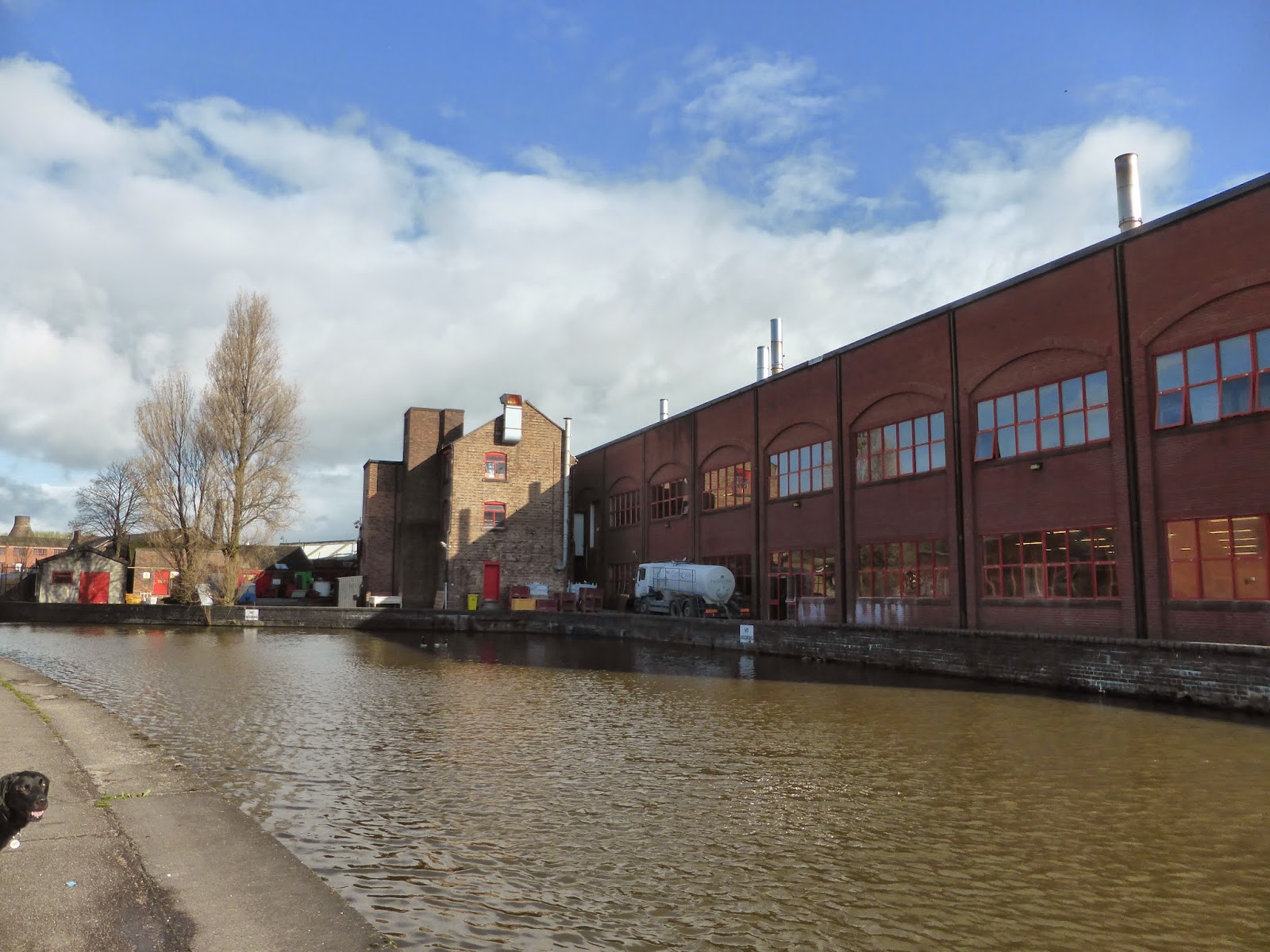 Longport, still operating as we pass with fork lift trucks scurrying about with raw materials 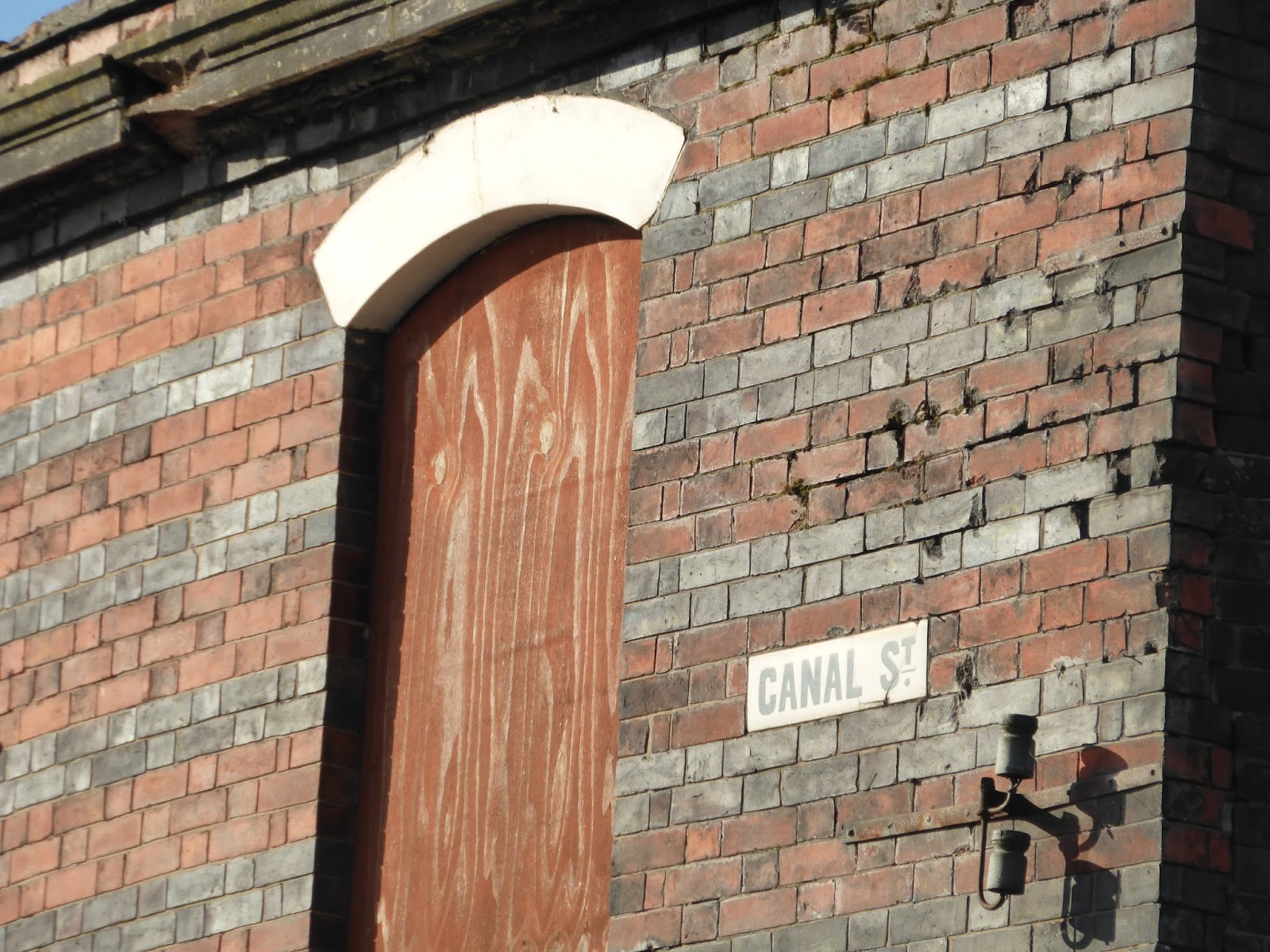 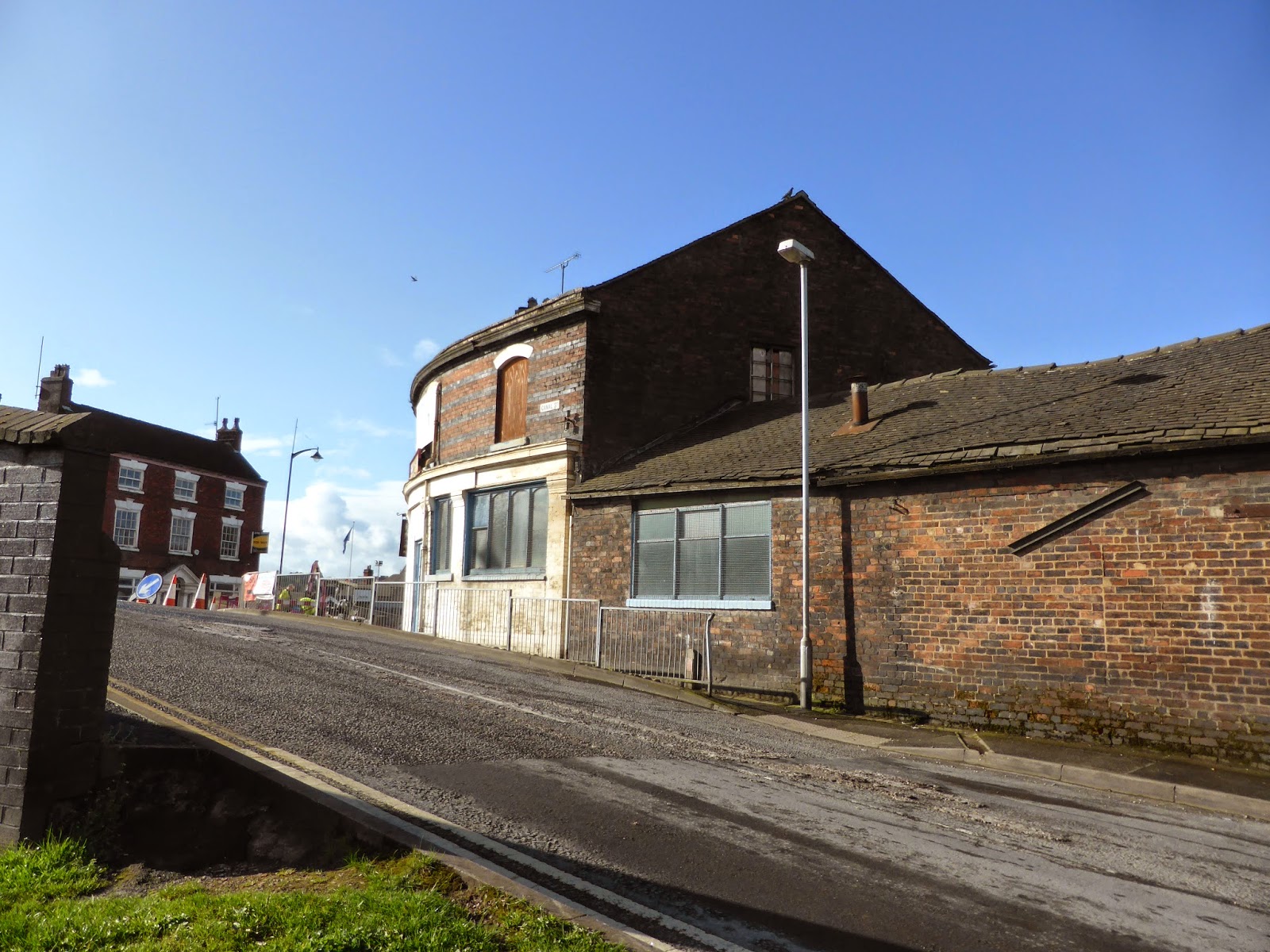 And the semi- derelict building the sign is attached to 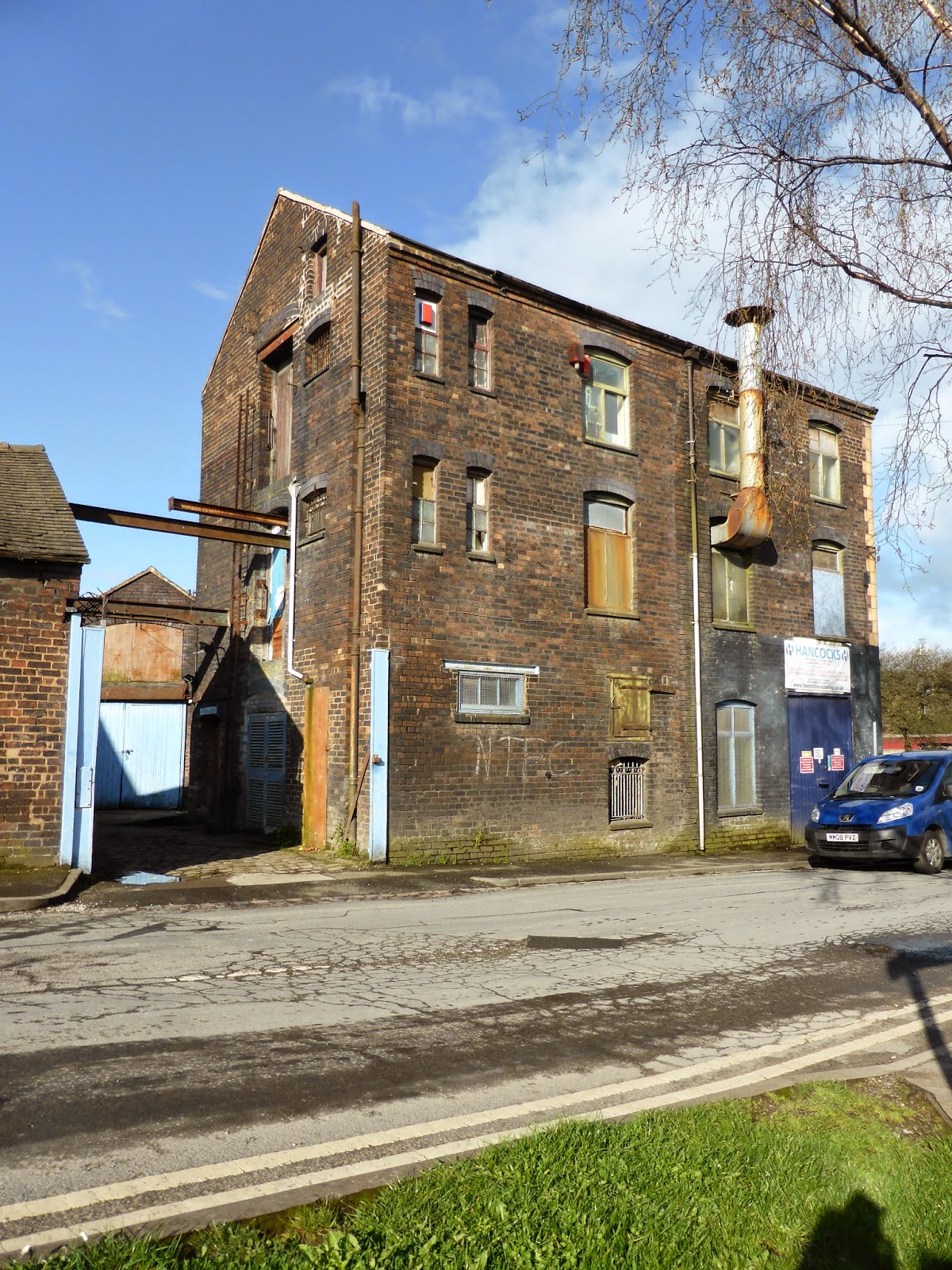 Also in Canal Street...that would make lovely flats and preserve the industrial building 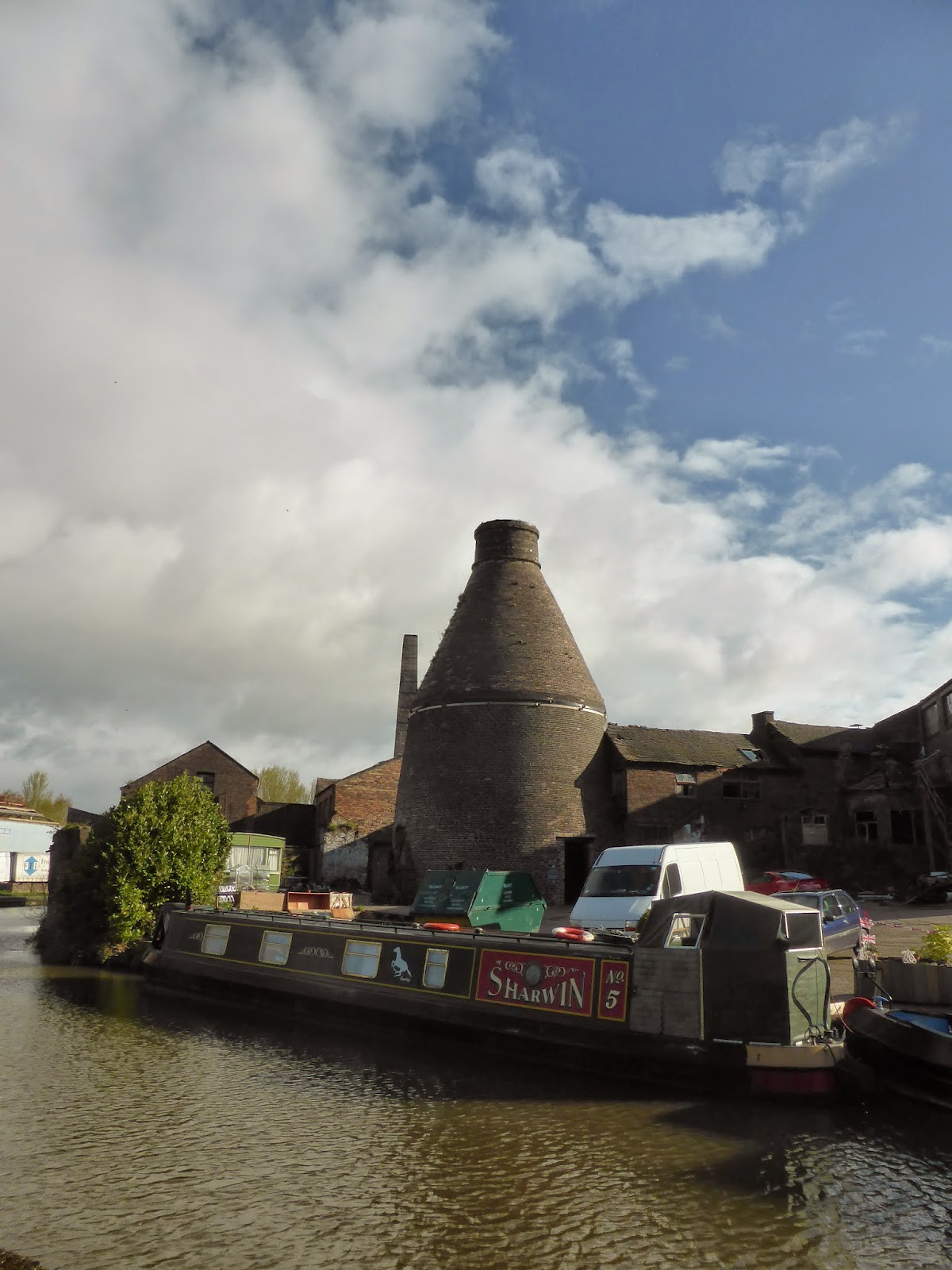 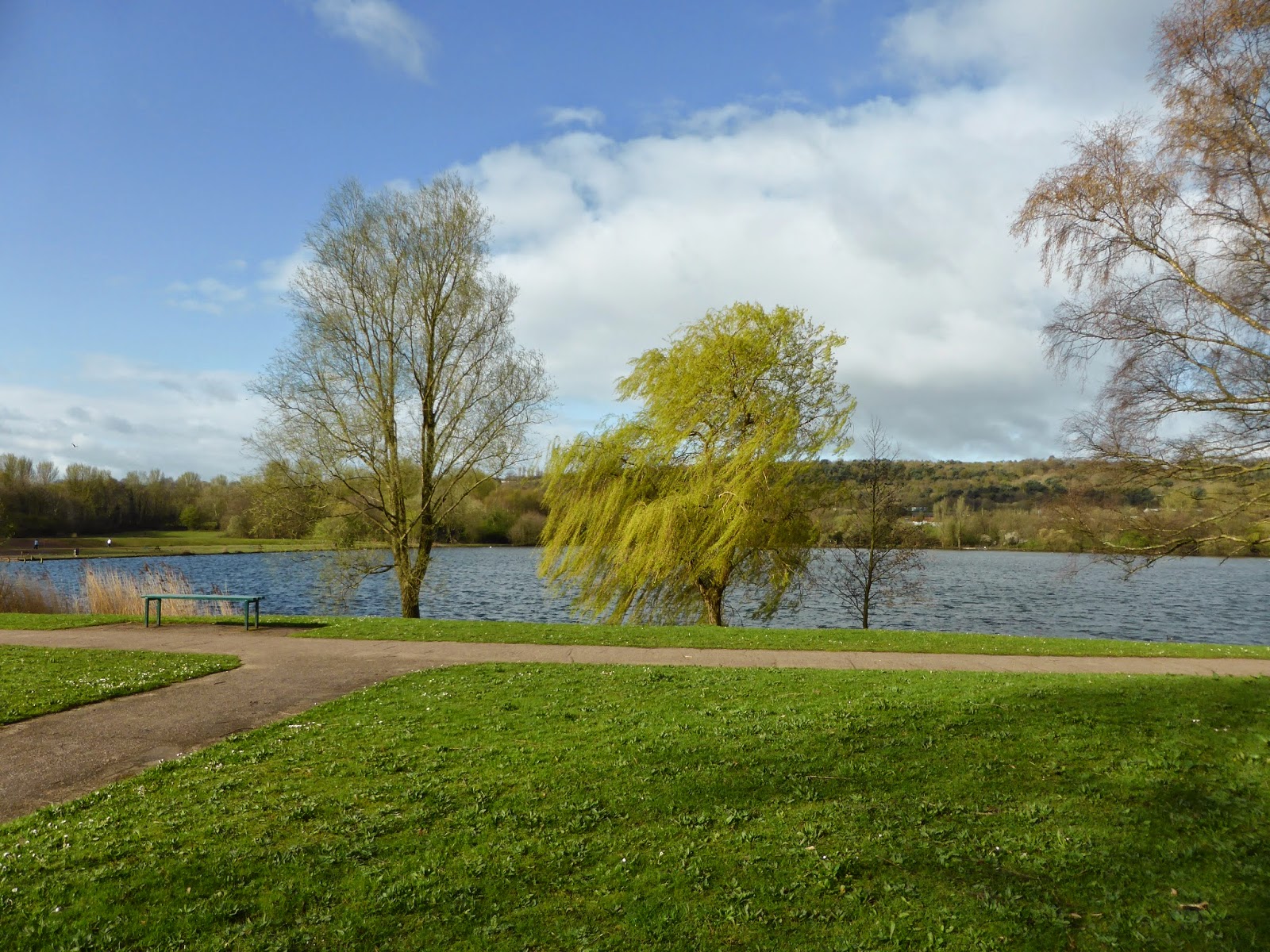 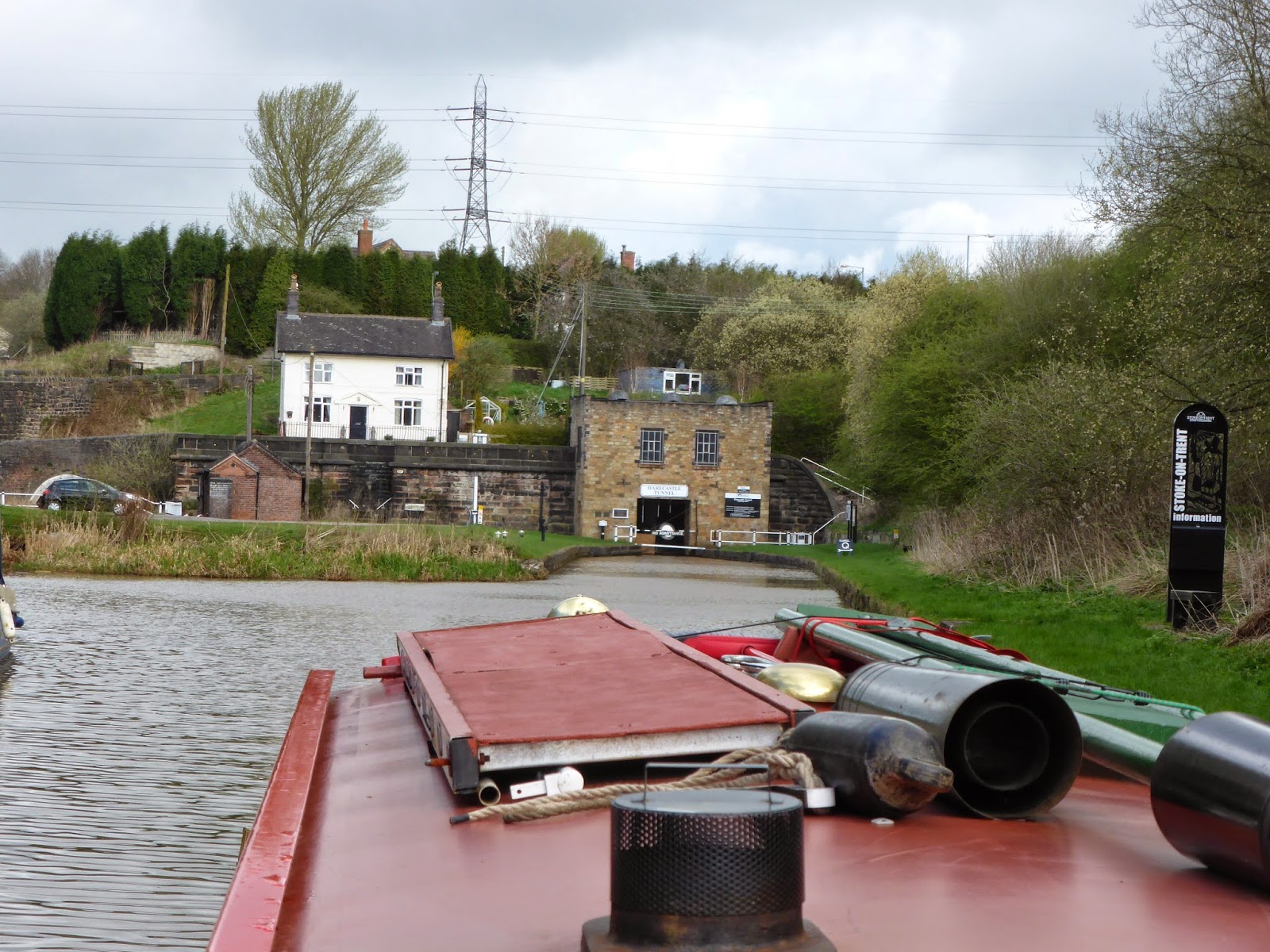 Approaching Harecastle Tunnel and no queue 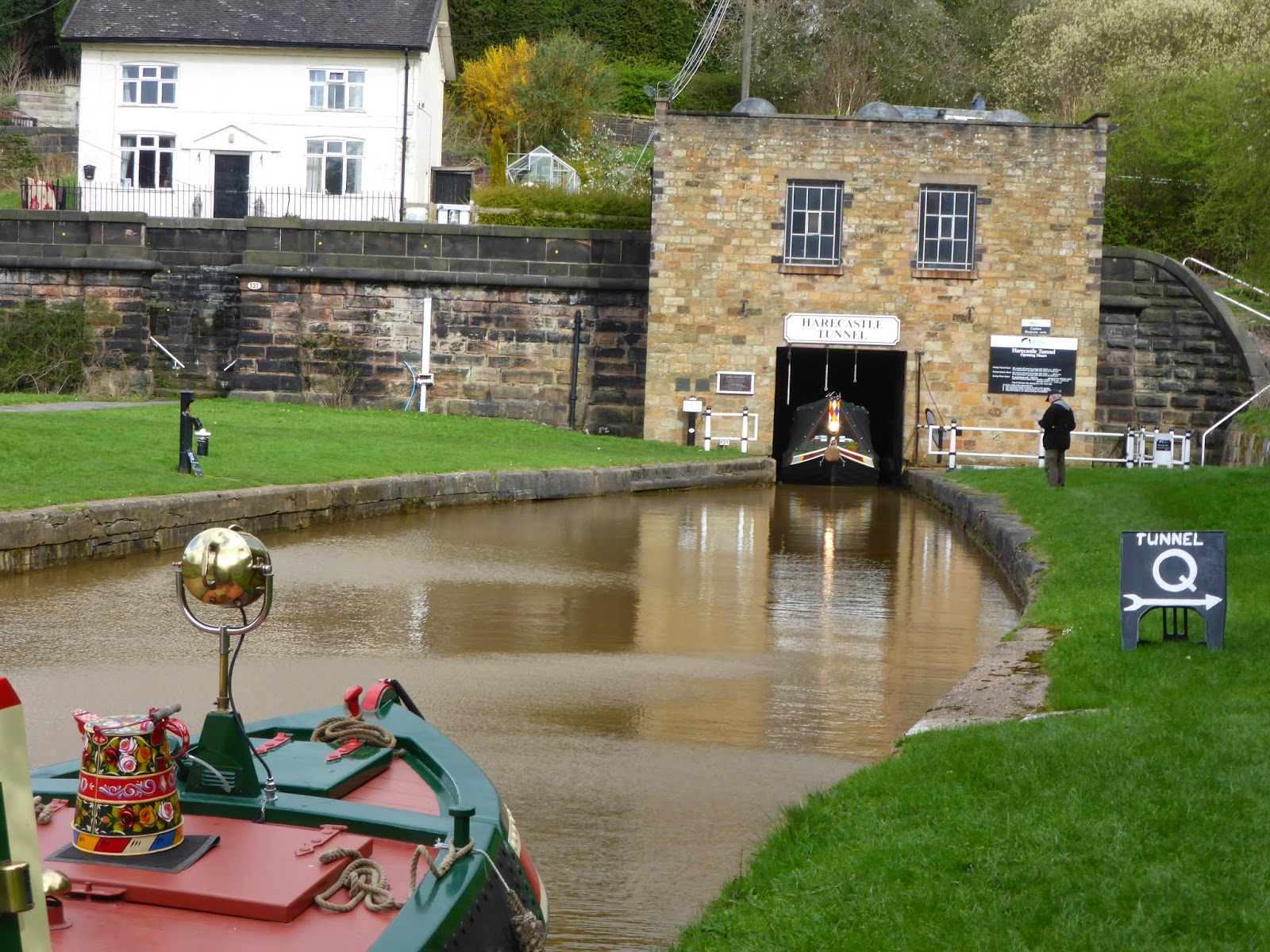 We moored up and booked in with the Tunnel Keeper and then 20 minutes later the barrier was moved and out emerged a south bound boat. 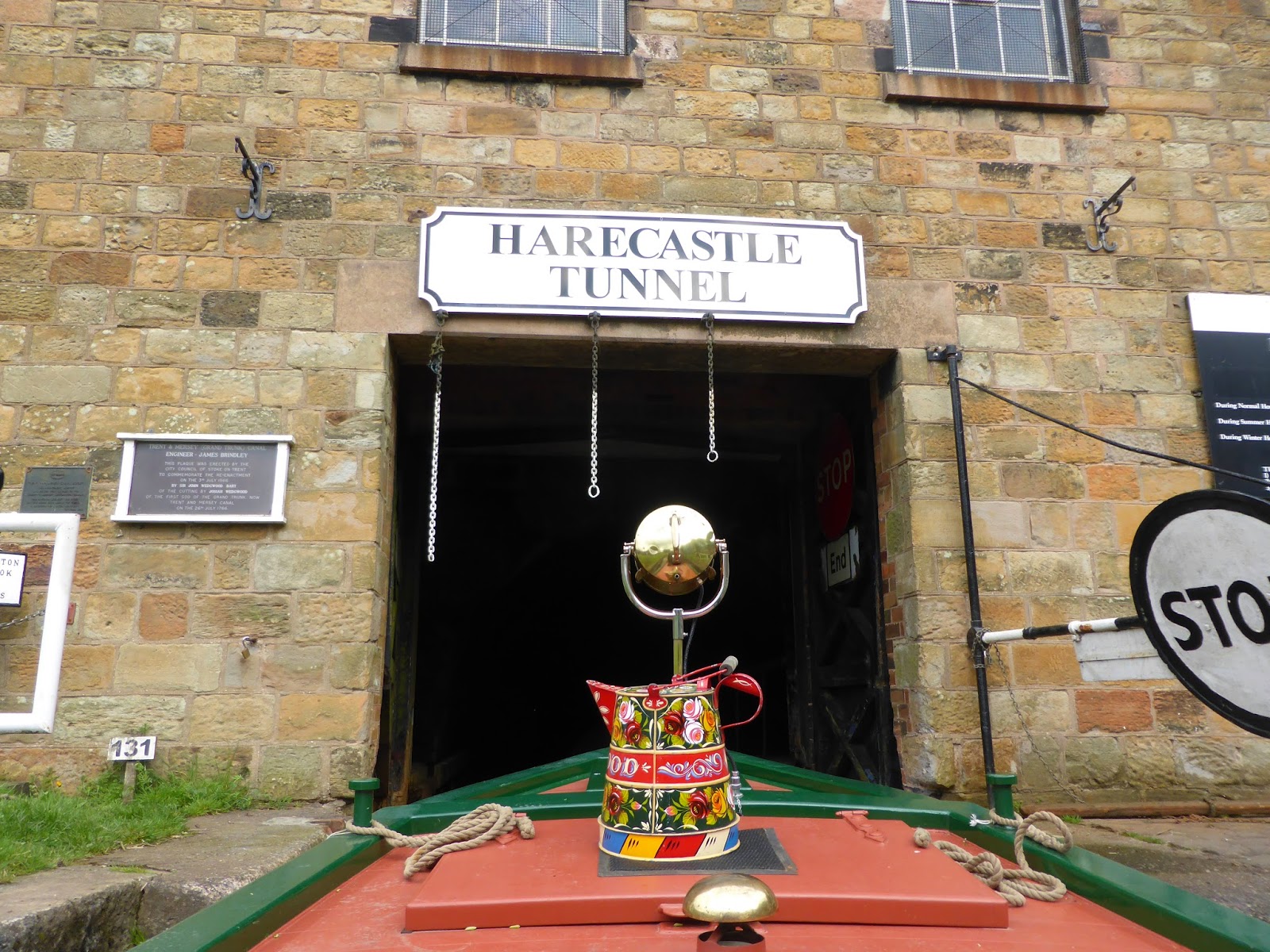 It was then our turn and with all interior lights blazing, Nav lights and tunnel lamp on we set off under Harecastle hill. During the transit I whizzed the hoover round and switched washing between machine and dryer, considered taking a shower but thought we might be out of the tunnel and looking to moor before I was finished...shower can wait I thought. 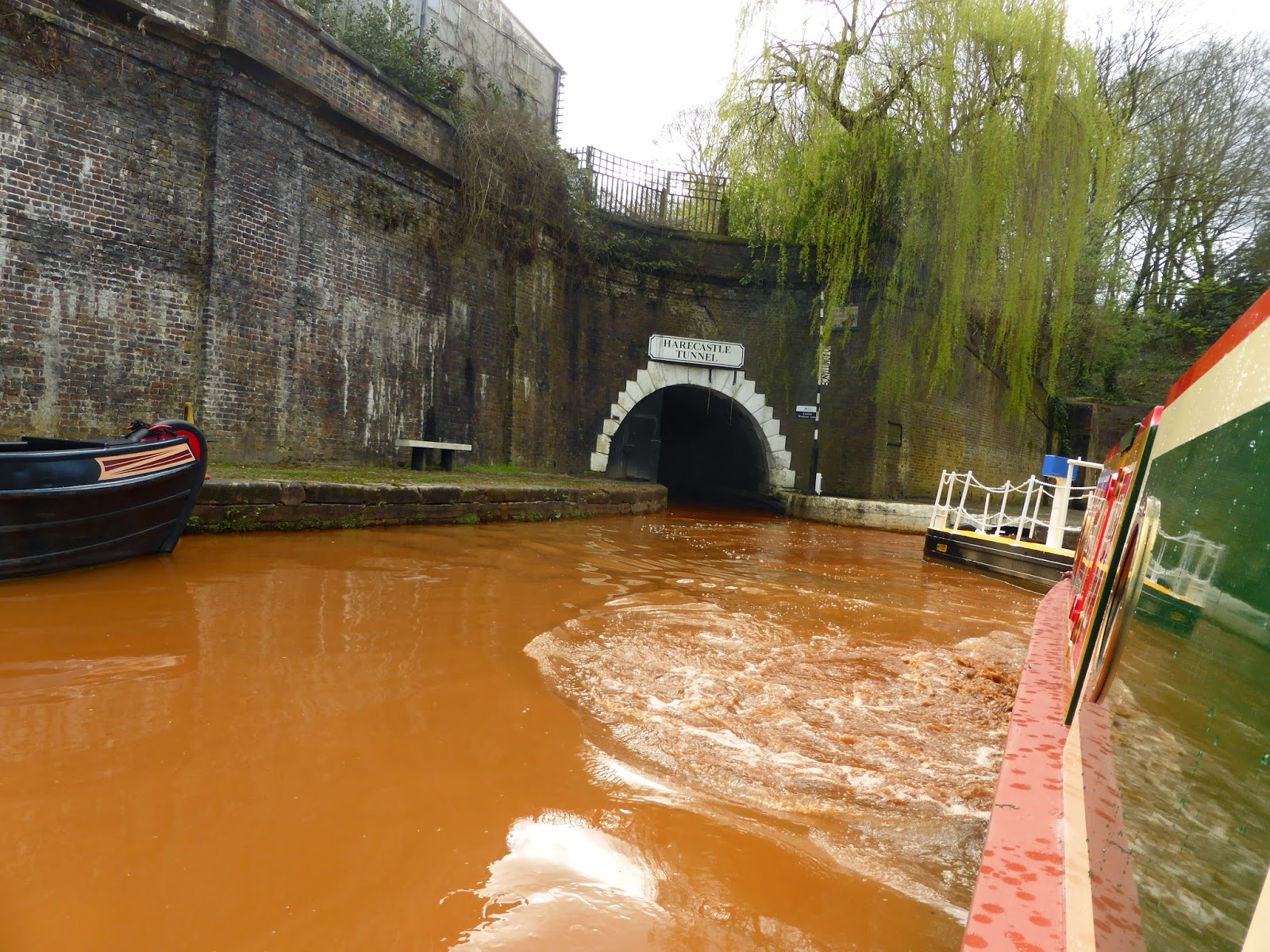 North portal, out of the tunnel and in the 'rusty water' again 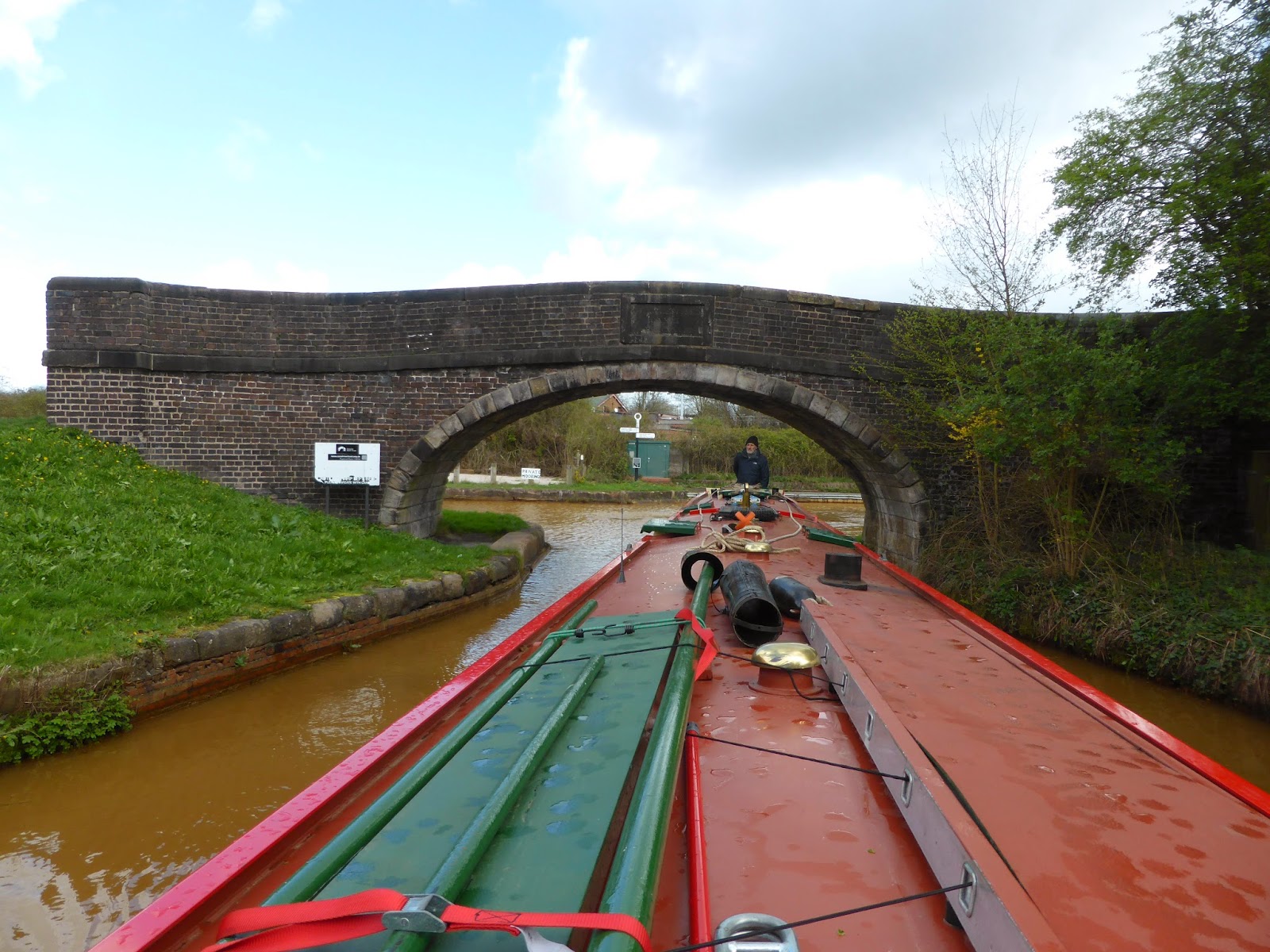 With nowhere to moor before the turn on to the Macclesfield canal, we turned anyway. 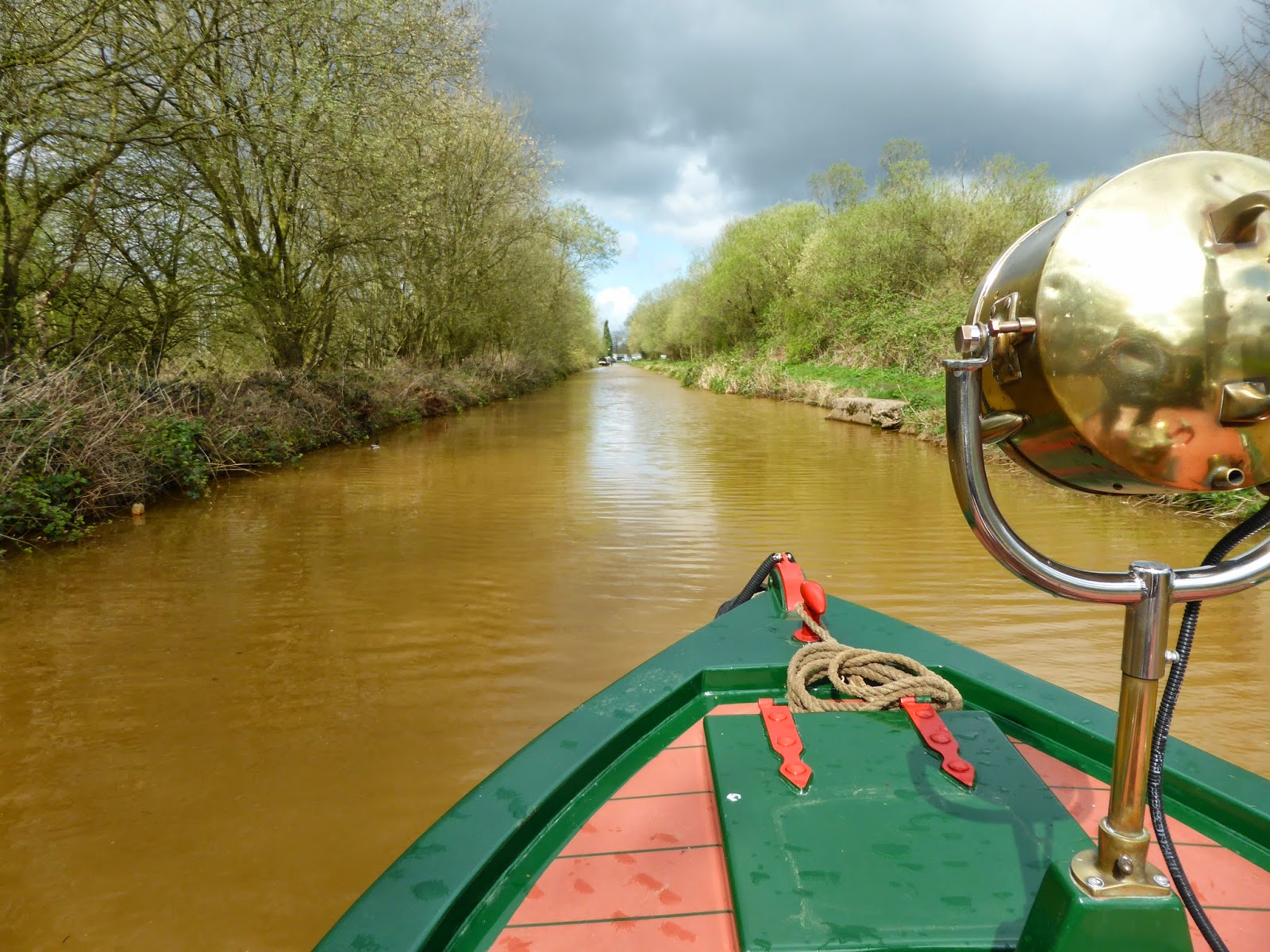 The beginning of the Macc - strictly speaking though it is not until after the stop lock at Hall Green but these days most of us consider it starts at Hardings Wood Junction as you turn under the bridge. 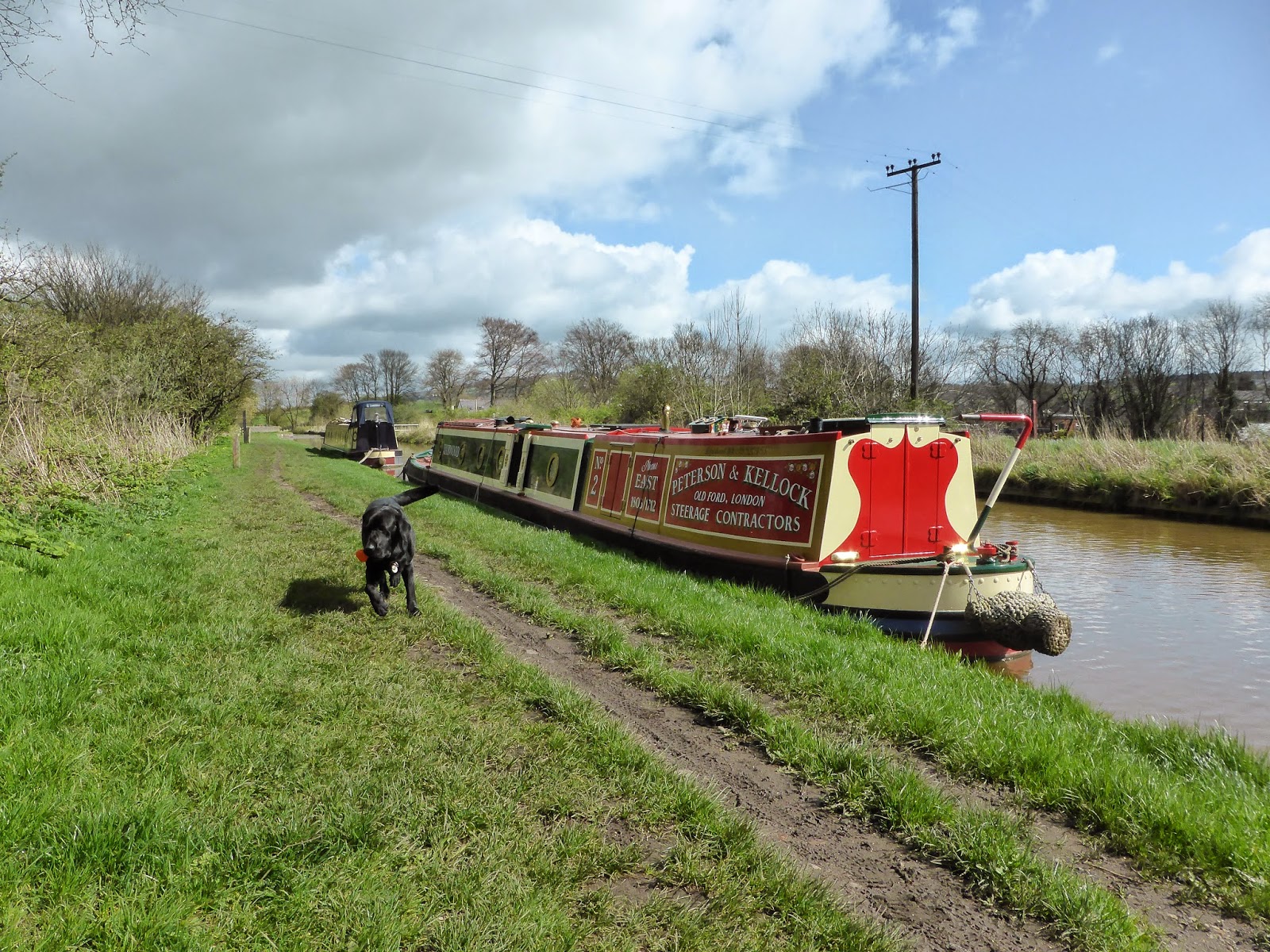 Moored up at Poole aqueduct
We had those showers, lovely hot water after the cruise, and tidied up Joe and I walked along the T&M to the Red Bull Hotel and had lunch before going to Tesco at Kidsgrove to top up supplies. 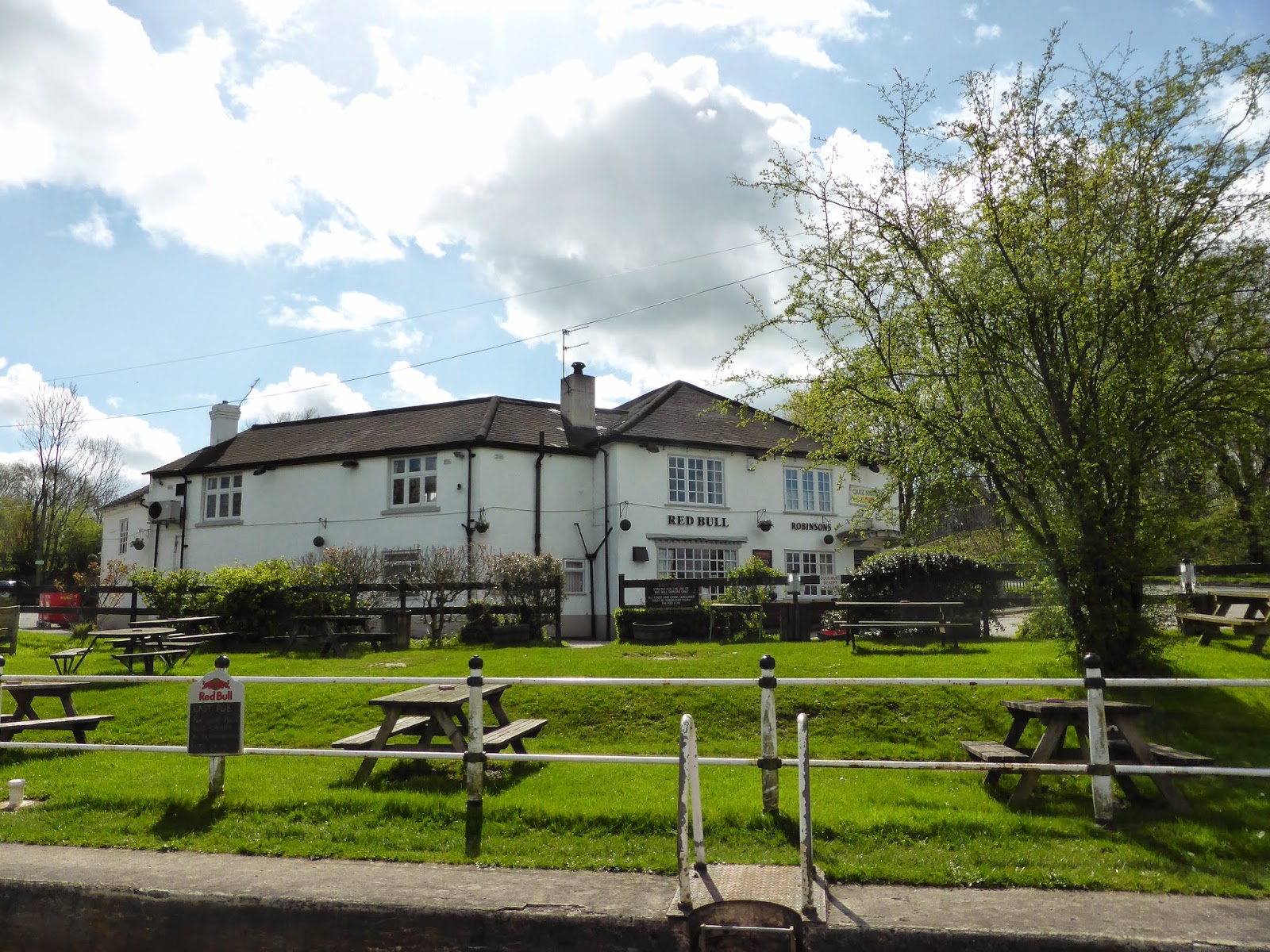