Back on the Macc

We left our mooring overlooking the Goyt valley this morning and headed back along the Upper Peak Forest Canal towards Marple. 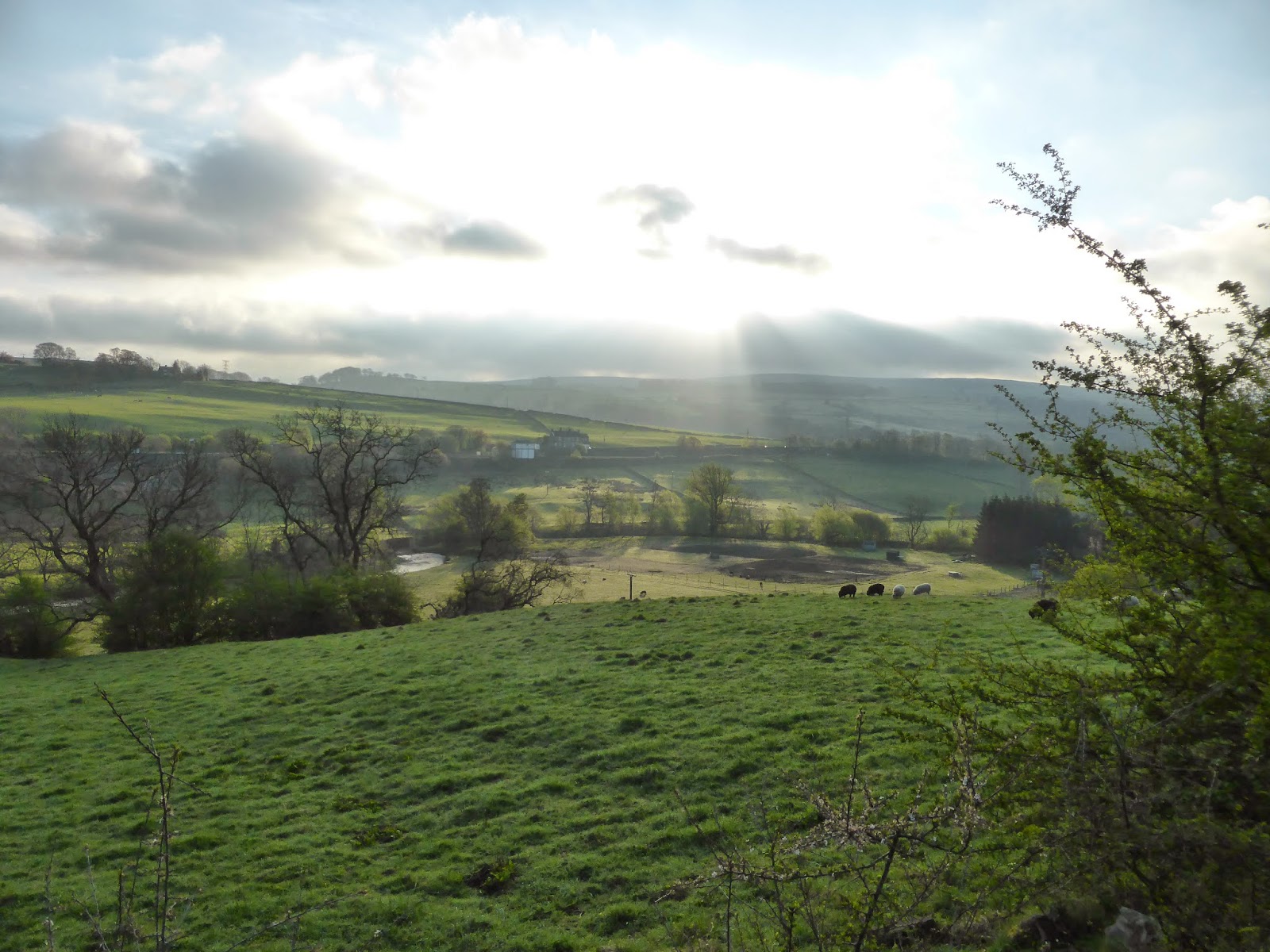 This mornings view from the boat

Our initial cruising plans, up until I changed my mind the day before yesterday, was to drop down the Marple flight and make our way into Manchester via the Ashton and the Rochdale canals.
However as the proximity of Manchester loomed larger I asked myself   'did I want to do the Ashton canal and  did I want to spend time in Manchester?'
Answer..
No.
I am really not much into big towns and Cities...all those people, all that concrete, all that traffic...
I do however  appreciate that cities also offer, all that culture, all that history and all that variety of life but it is not an attractive prospect to me so we are readjusting the cruising plans and heading back down the Macclesfield Canal. 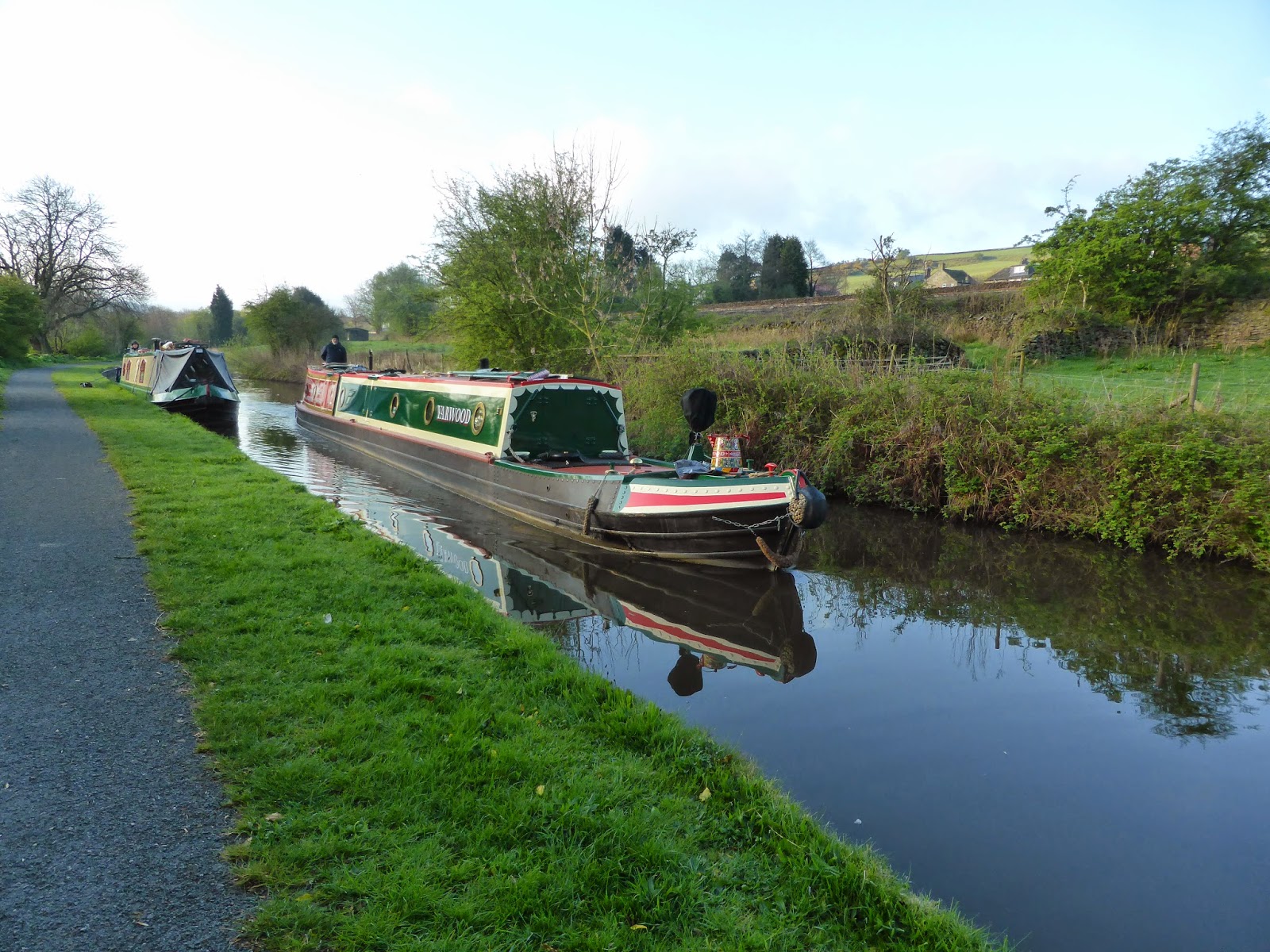 Here be a sunken boat
Just around the bend and through the next bridge is the sunken cruiser, would Yarwood go through without difficulty this time?  No. Another struggle ensued to get Yarwood safely pass the obstruction but Joe won out after a bit of tooing and froing and by now we had picked up another boat heading in the same direction. 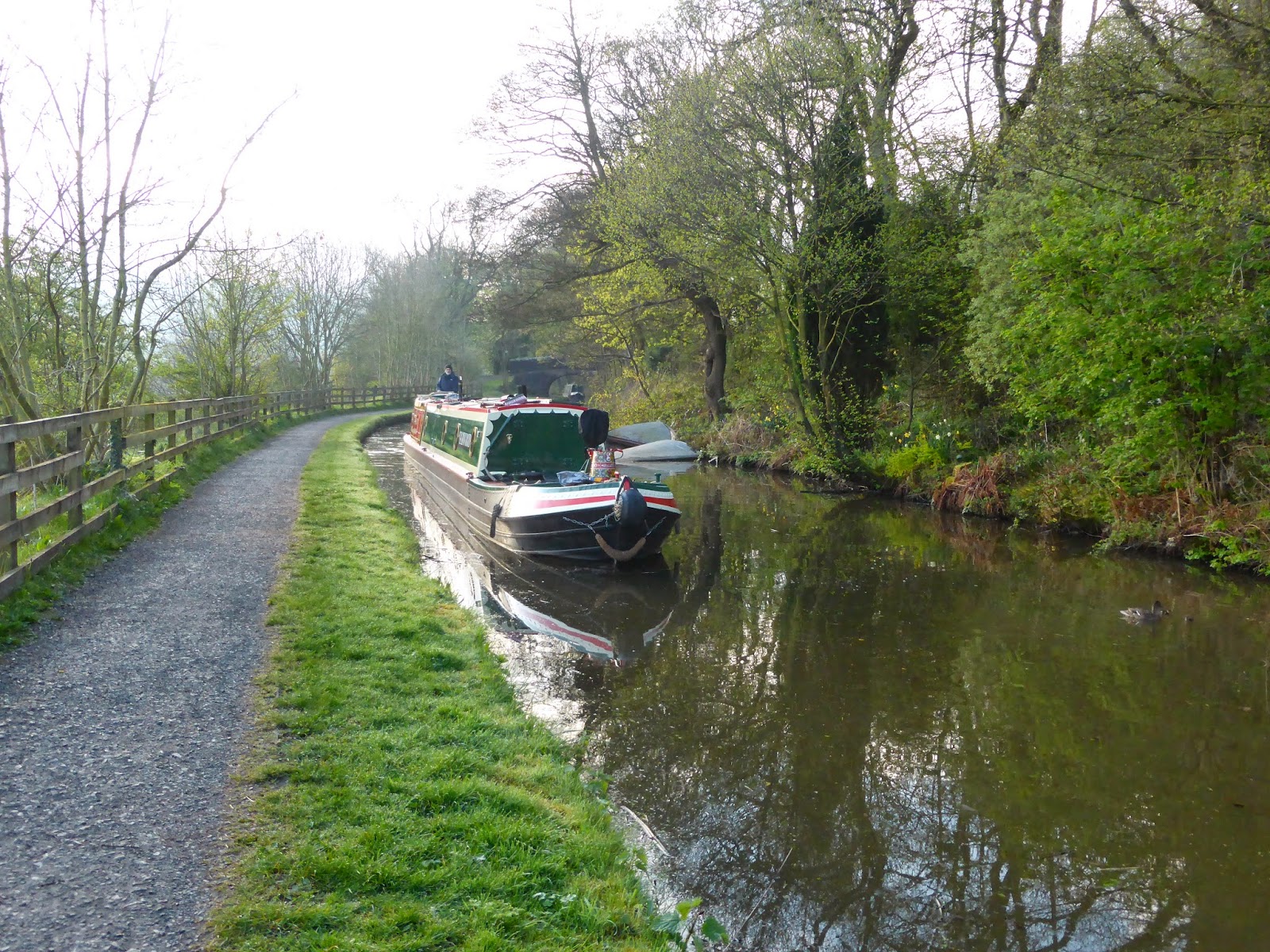 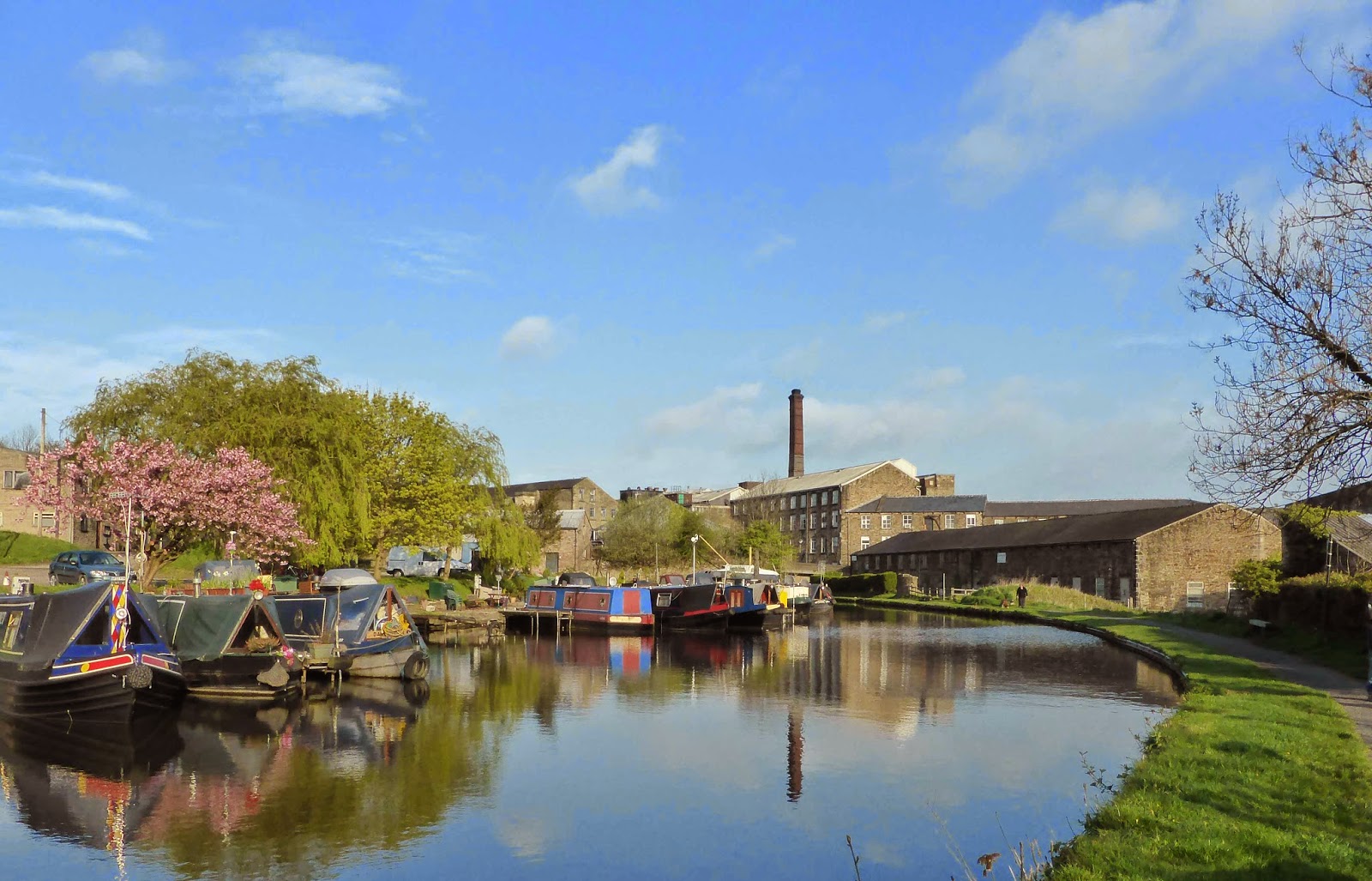 New Mills Marina with Matlows Mill - makers of sweets such as Love Hearts  - in the background. As you pass through here the air is redolent with the sugary smells reminding one of childhood sweeties... 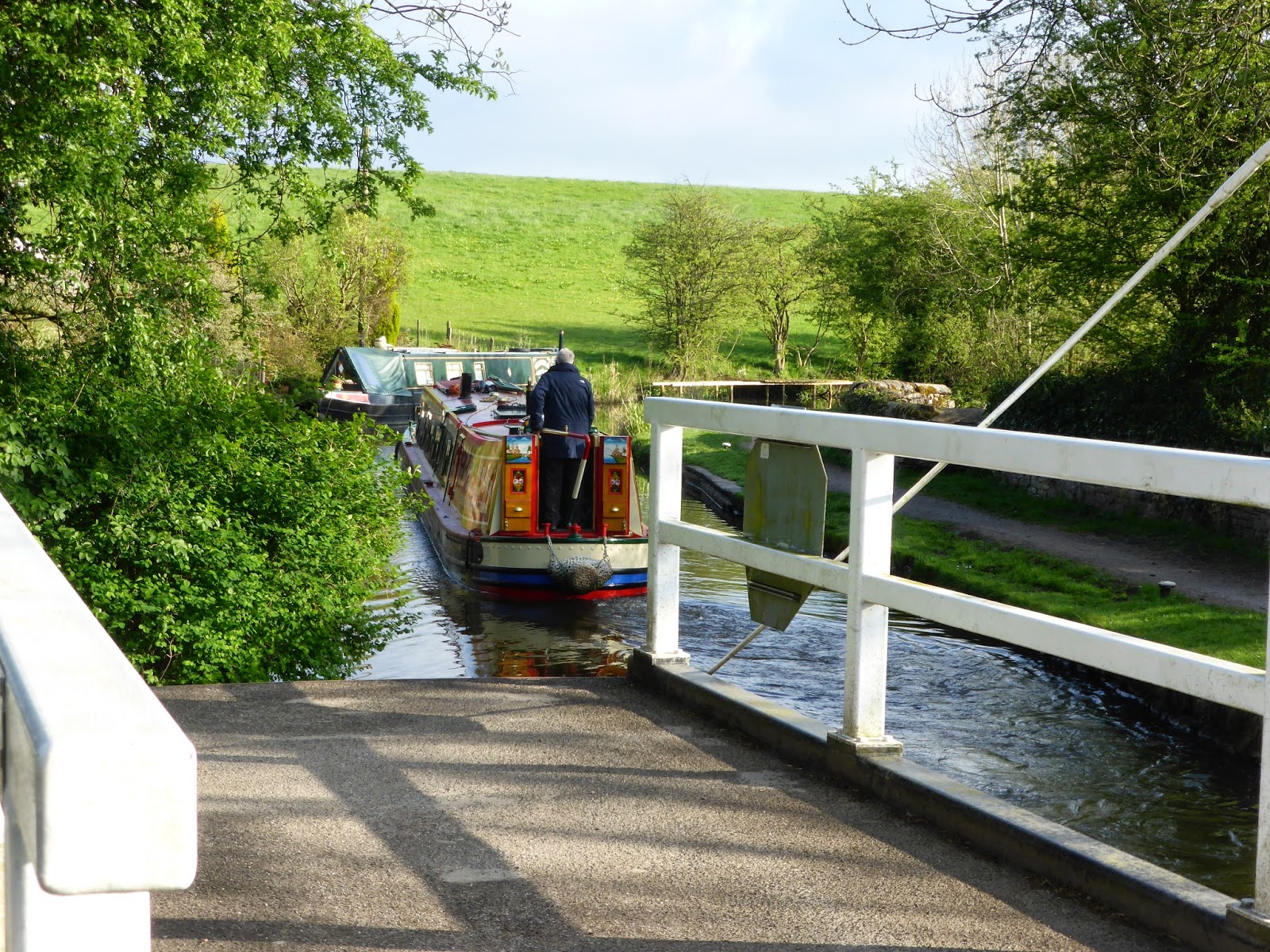 I hurry on to our first swing bridge - only swing bridge actually - of the day at Higgins Clough and watch both Yarwood and our follower, Nb. Raymond V , go through.  That done I close the bridge and jog, yes jog,  along to the next bridge, a lift bridge at Wood End.  Seventy three turns of the windlass and the hydraulics lift the bridge and with both boats through another seventy three turns and the dogs and I are back on the towpath. 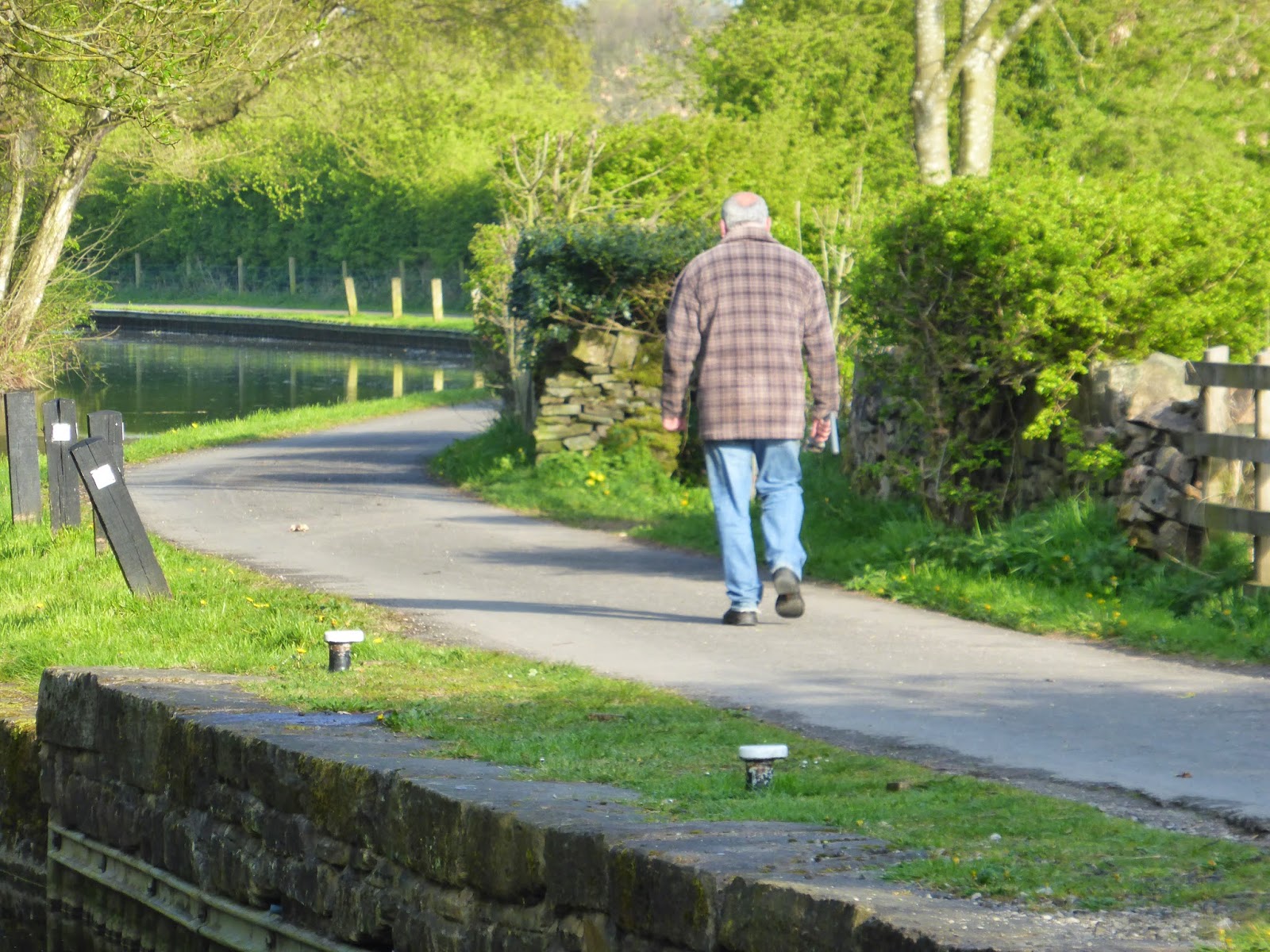 I have another lock wheeler now though.  There goes crew from Nb. Raymond V to set the last lift bridge of our day. 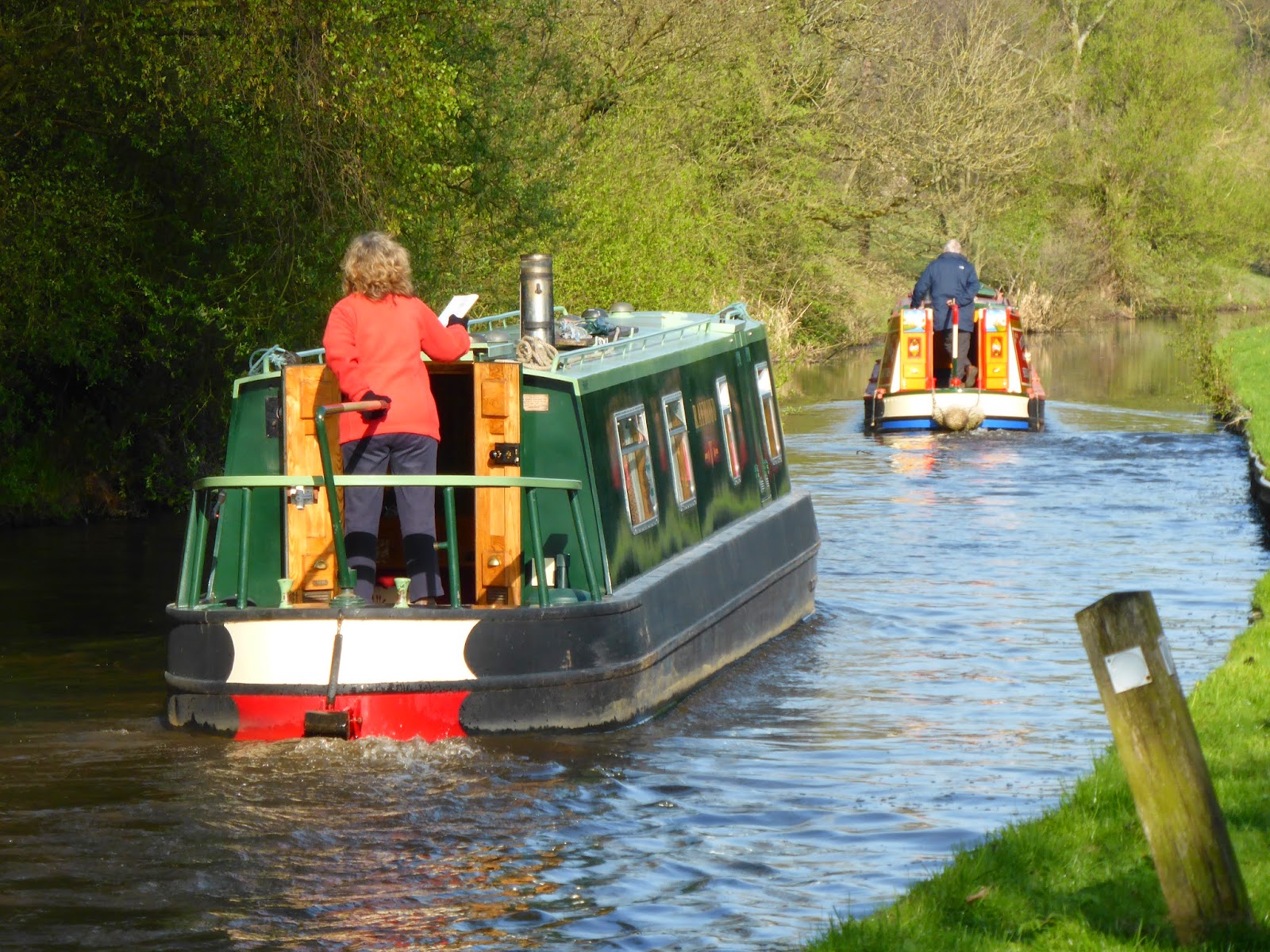 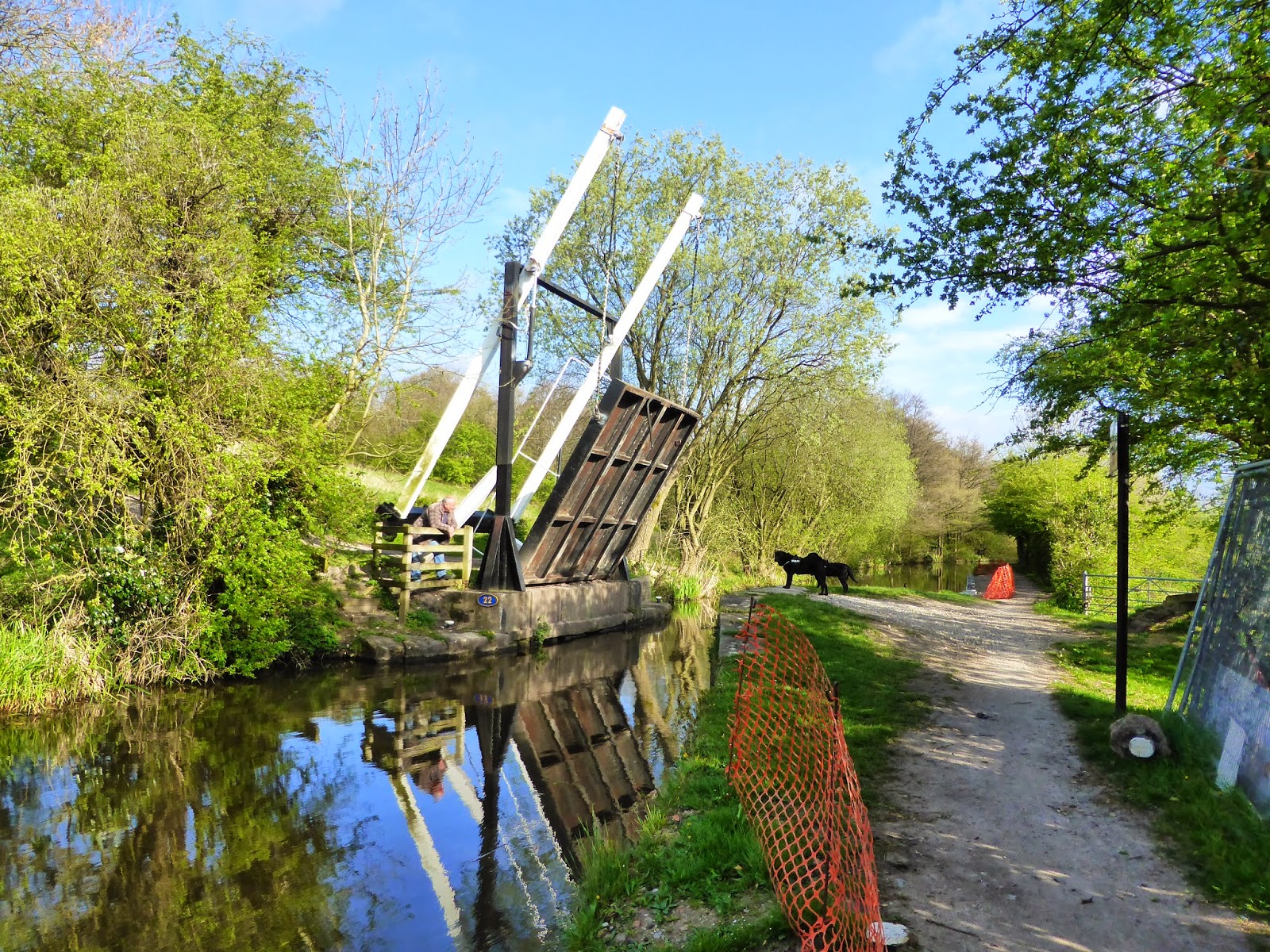 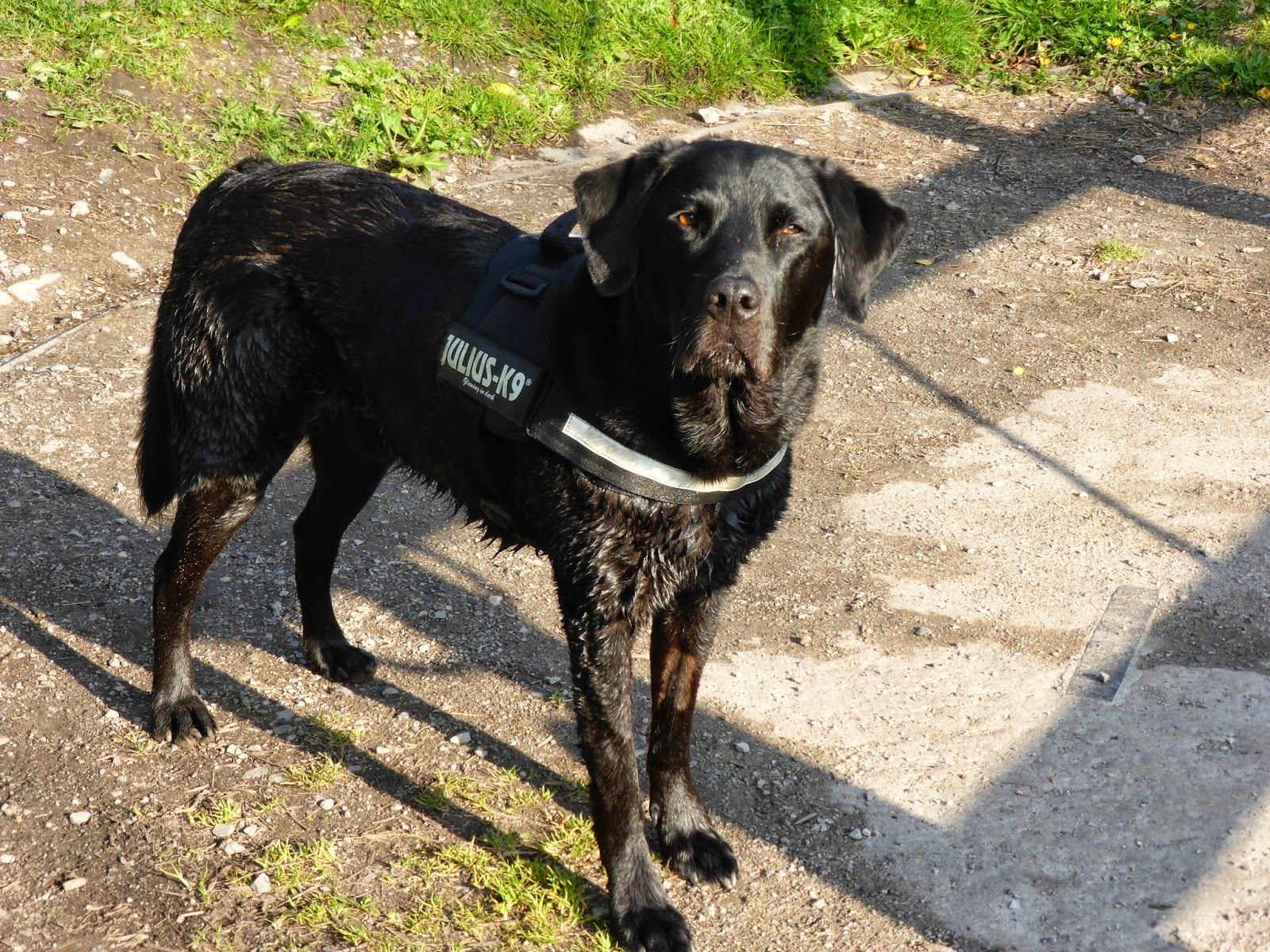 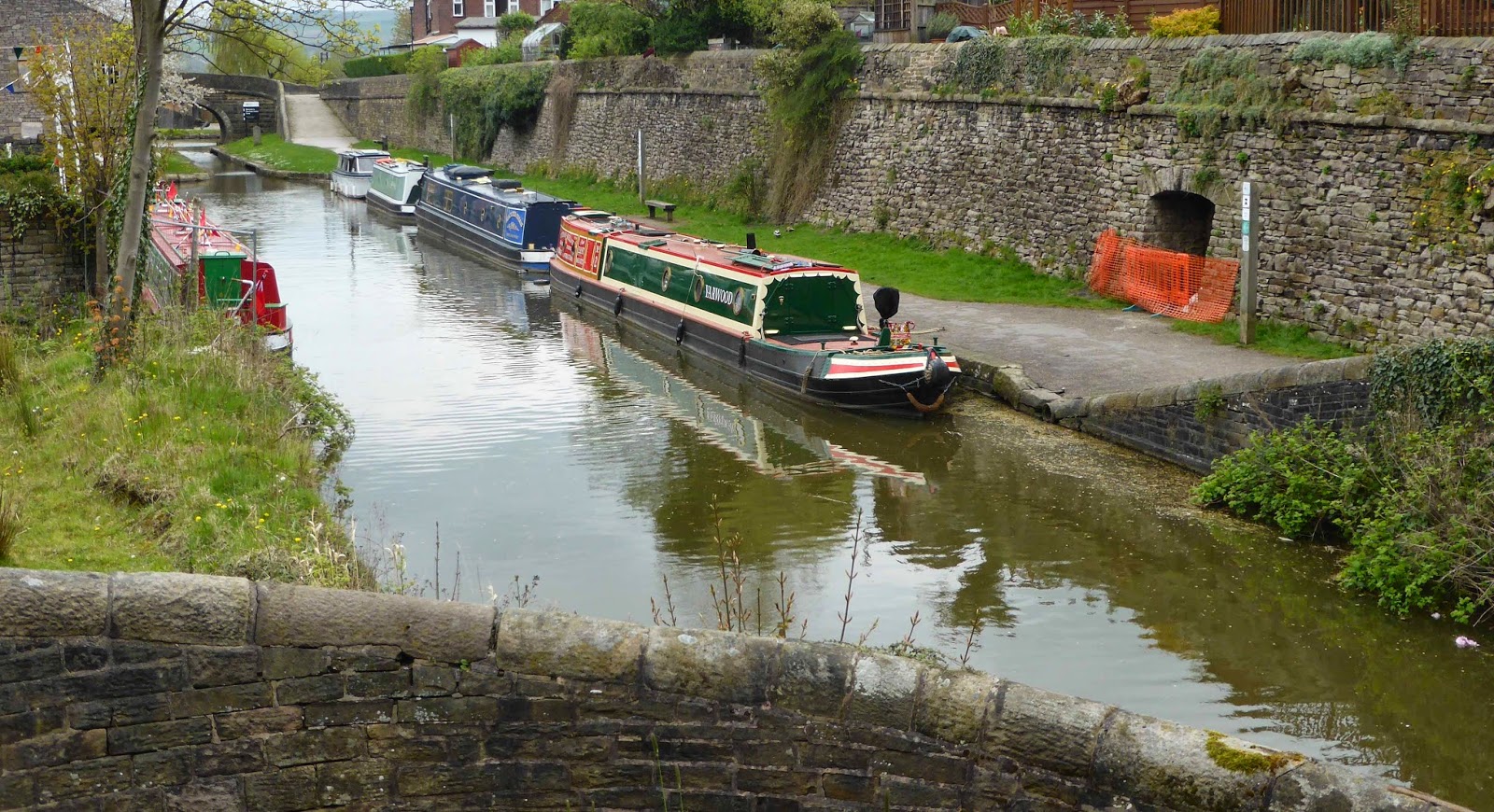 And here we be, serviced and lucky enough to secure a mooring in Marple
Posted by Nb Yarwood at 20:39