Good Friday and we were up with the lark and preparing the boat for a trip on the upper Peak Forest canal, destination Bugsworth Basin.   We had had a text message from Andy on Nb. Festina Lente telling us that the basin was lacking any boats; they were the only boat moored there on Thursday night and there was us thinking that the place would be rammed over the Easter weekend. 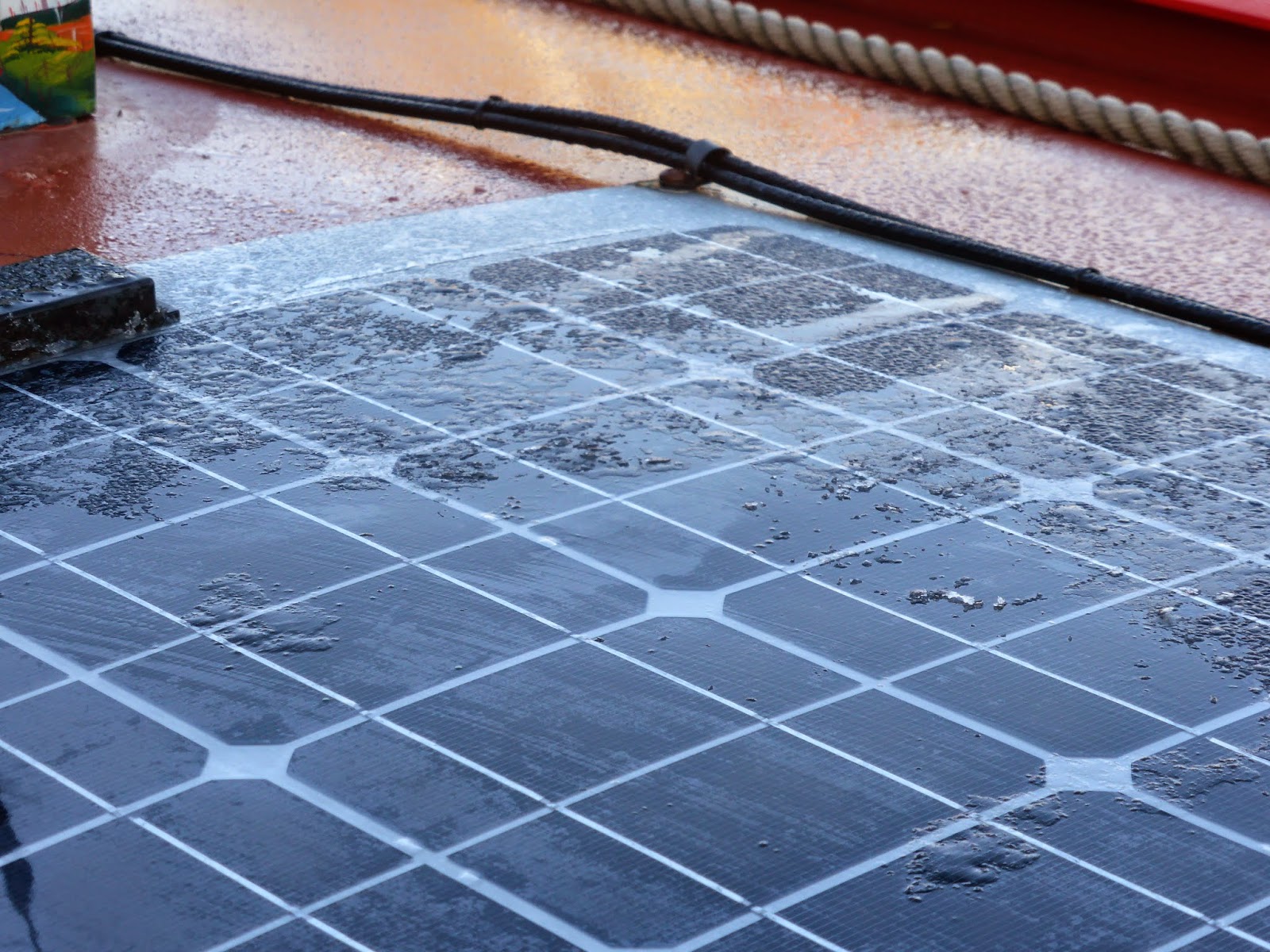 Ice on the solar panels as we start the cruise to Bugsworth Basin
Thursday had been a cold and windy day, we had sat tight in Marple, well in a warm boat in Marple if you get my drift and enjoyed the aforementioned Chinese take-away.  Friday was forecast to be the best day of the coming weekend for weather and we wanted to be settled for a F1 Grand Prix weekend so we got ourselves up and set off sharpish. 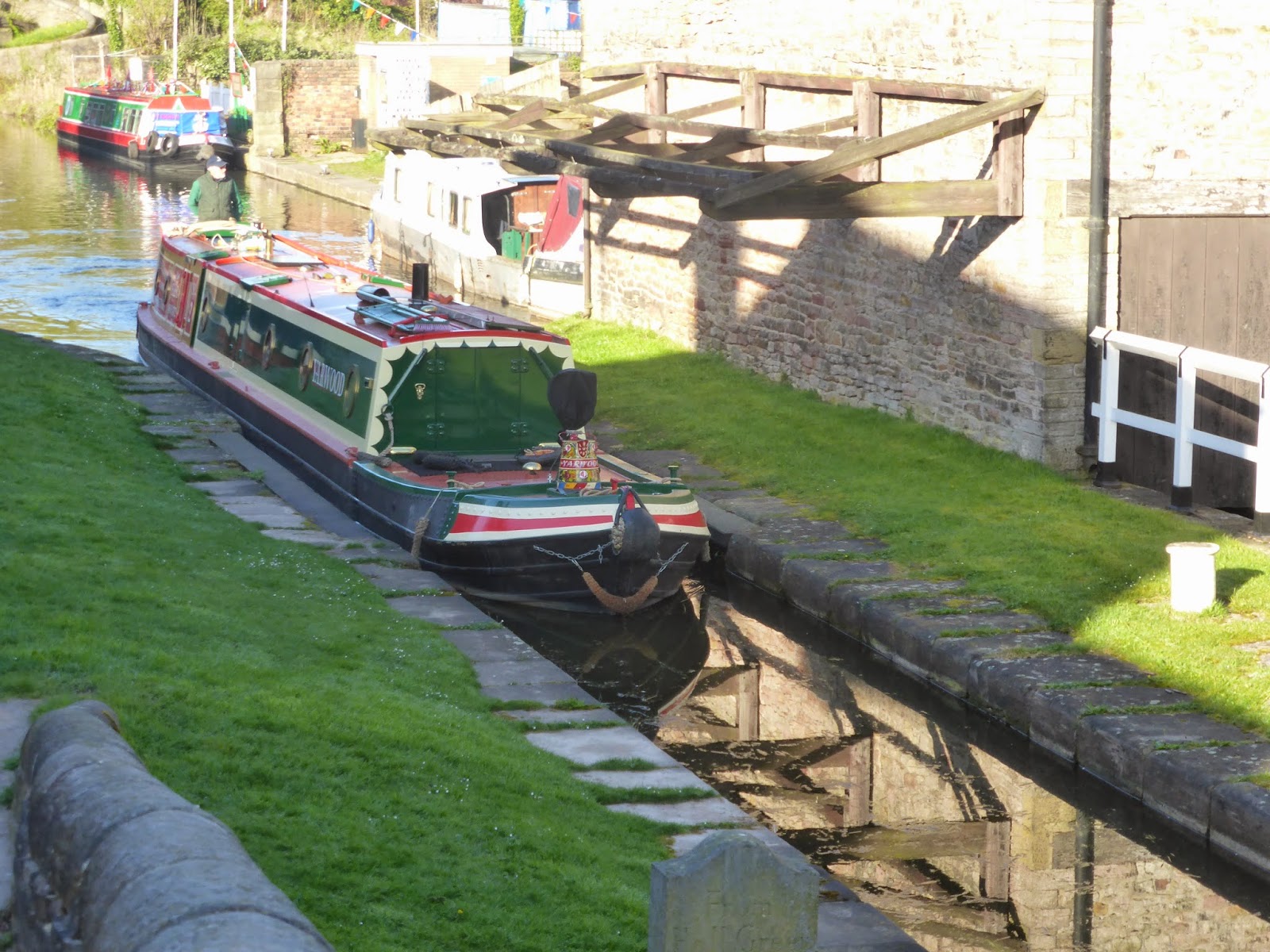 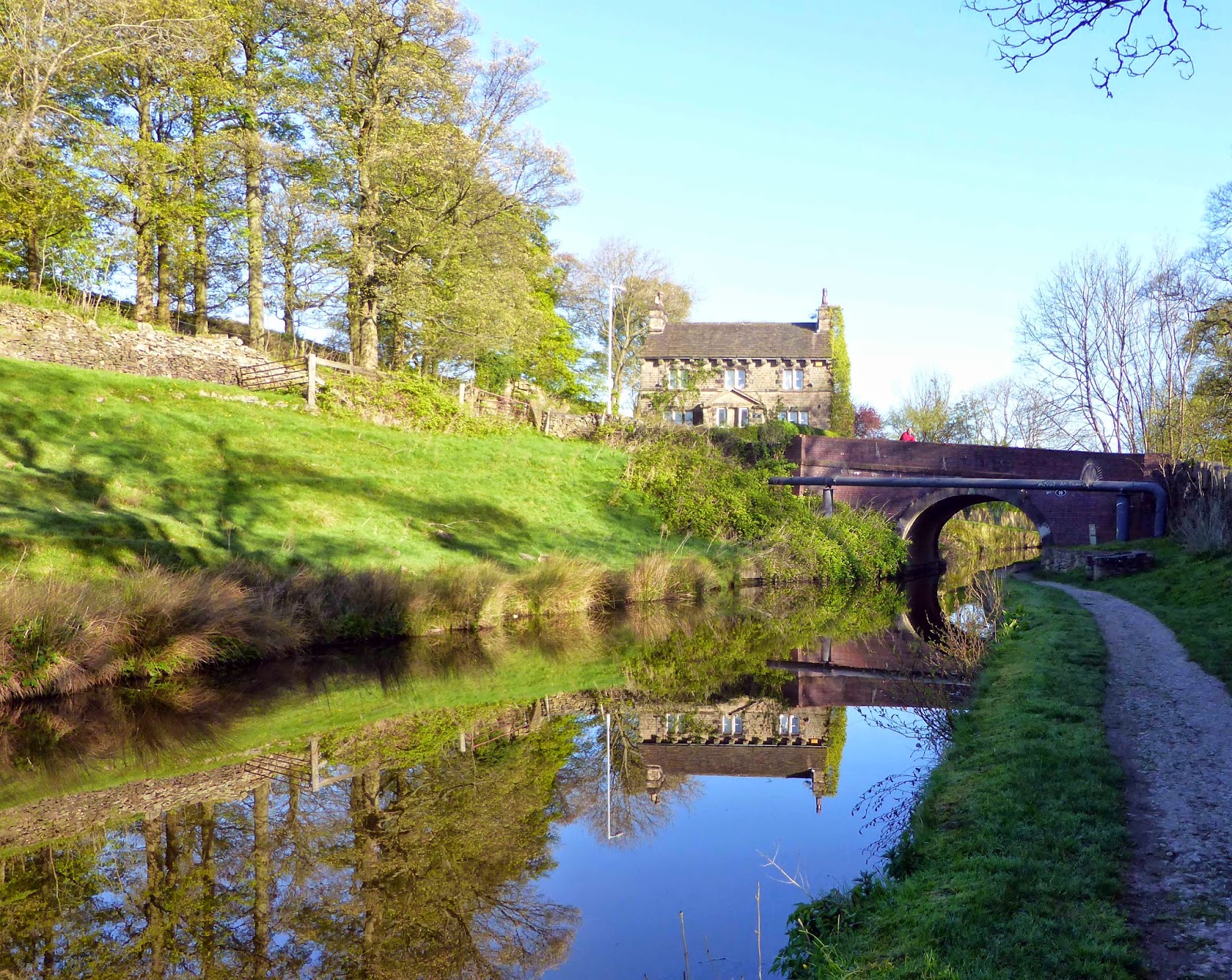 Church Lane bridge - and the cottage reflected in the canal 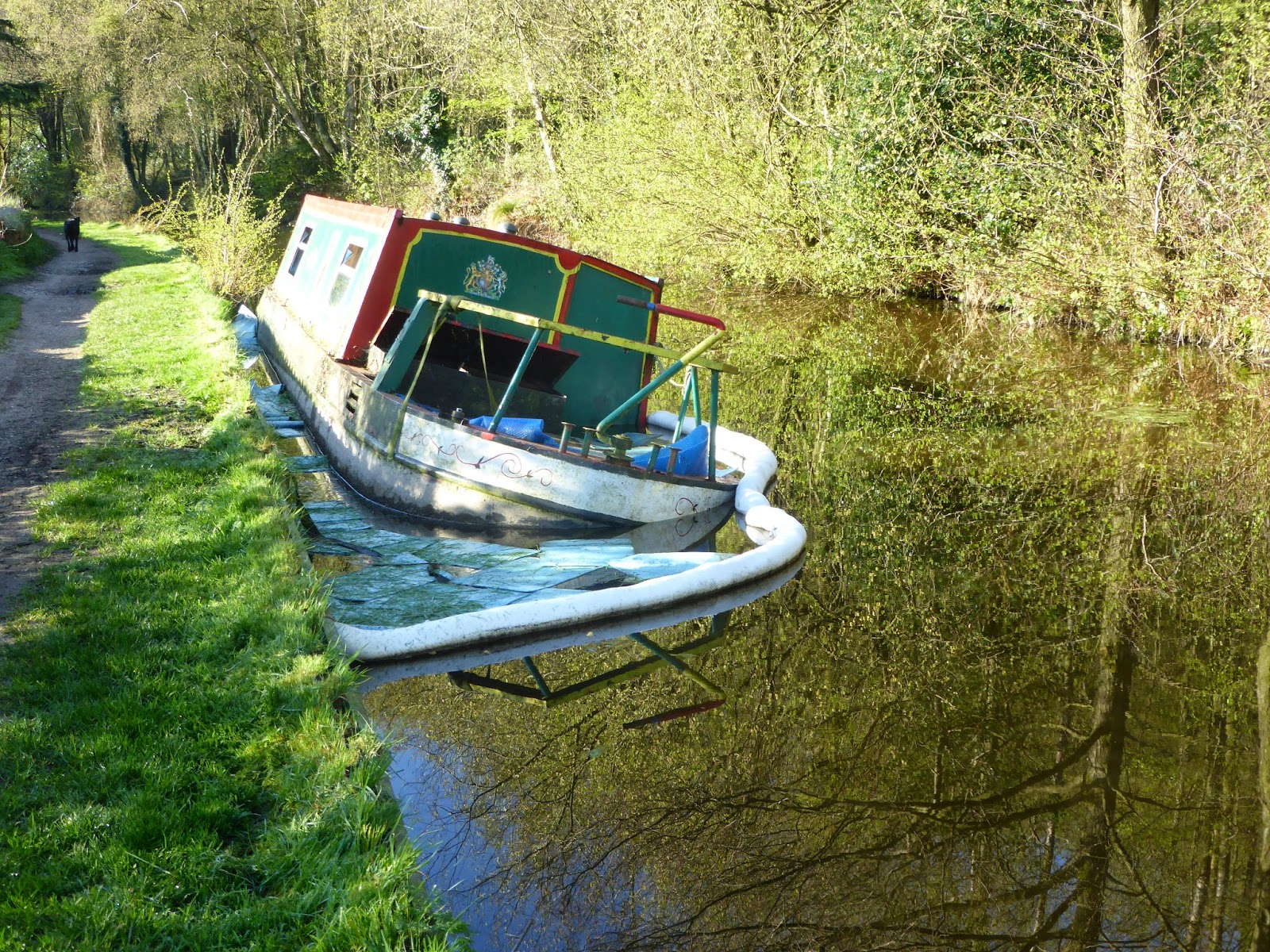 This first of two sunken boats we come across on our cruise.  This small narrowboat was spewing oil/diesel into the canal despite the boom and engine room mats it was festooned with.  Unlike the kind of catastrophes that can overtake a vessel on flooding rivers or 'blue water'  canals don't offer the same dangers. Sunken boats on canals are as a result of gross stupidity or severe lack of maintenance with the later the usual culprit.   You can bet your pension that this boat has been abandoned and that C&RT will eventually have to bite the bullet and remove it, all at great cost. I question the 'wisdom' of letting things get to crisis point, i.e, sinking, before action is taken. How long had this sad vessel sat there in a dilapidated state and been ignored?  Surely it would be cheaper and more expedient to tow it away whilst it is still floating?? 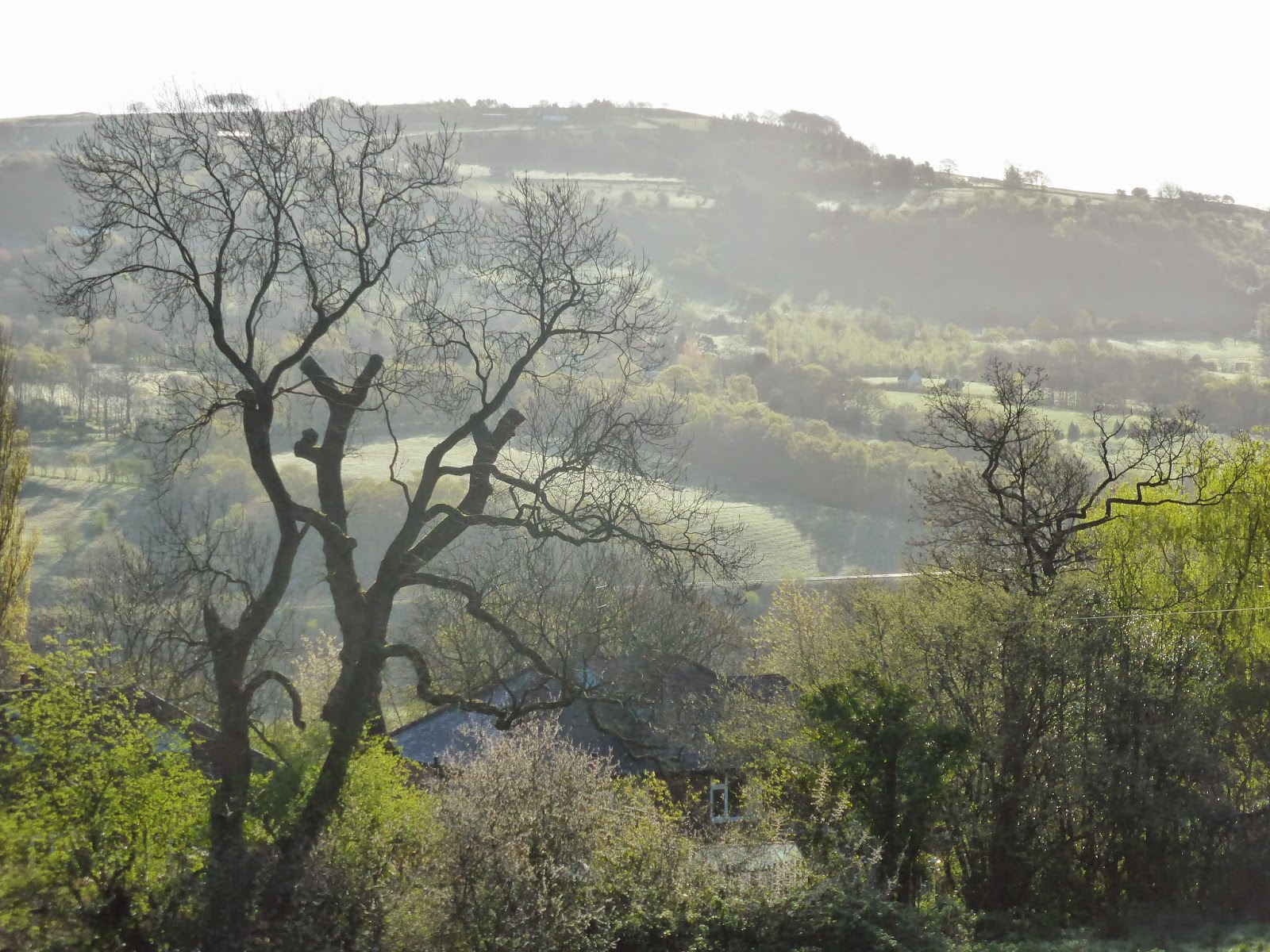 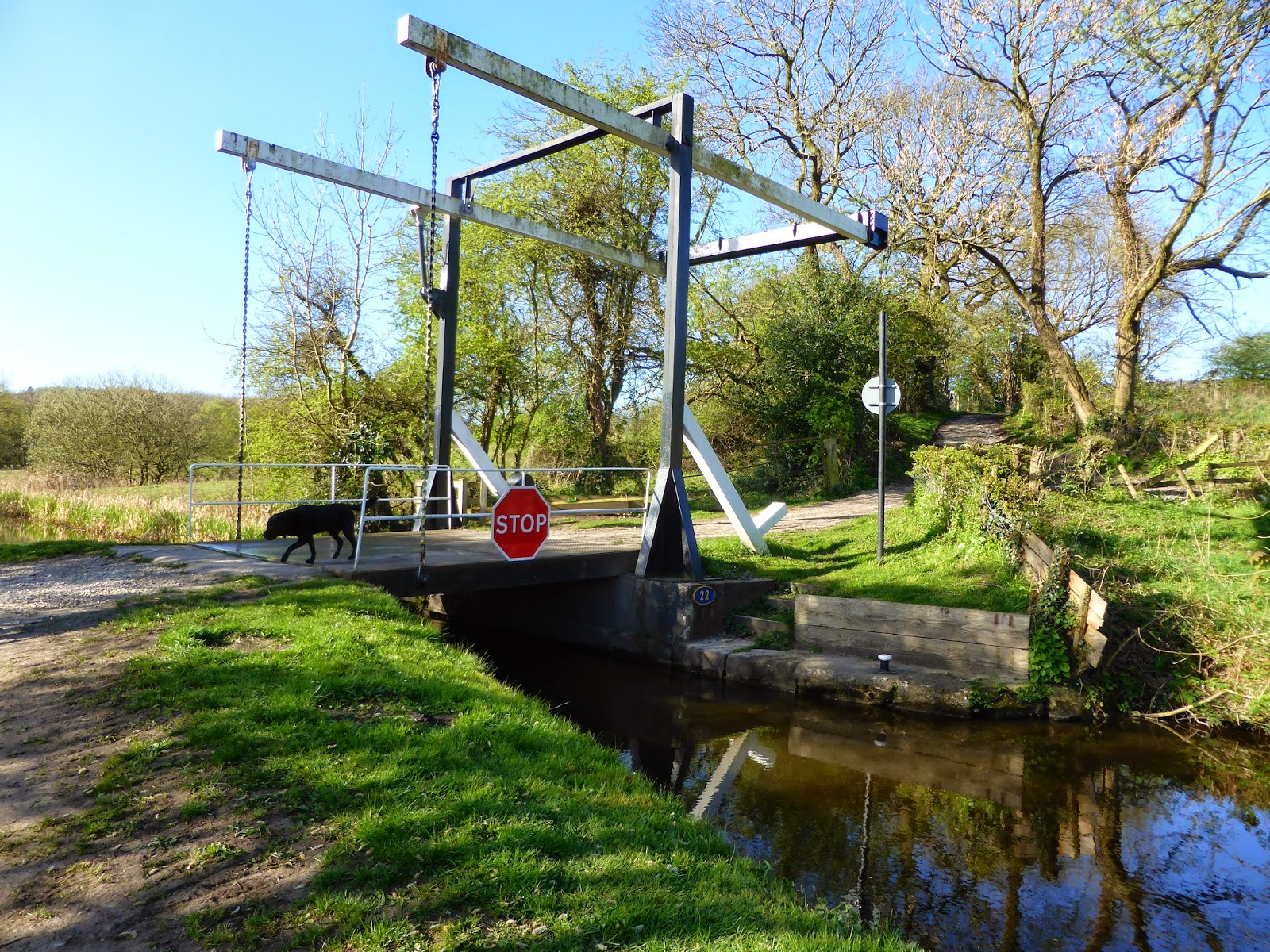 We have two lift bridges and two swing bridges to negotiate on our journey and this is the first at Turf Lane...53 turns of the windlass on the way up and....53 turns on the way down! 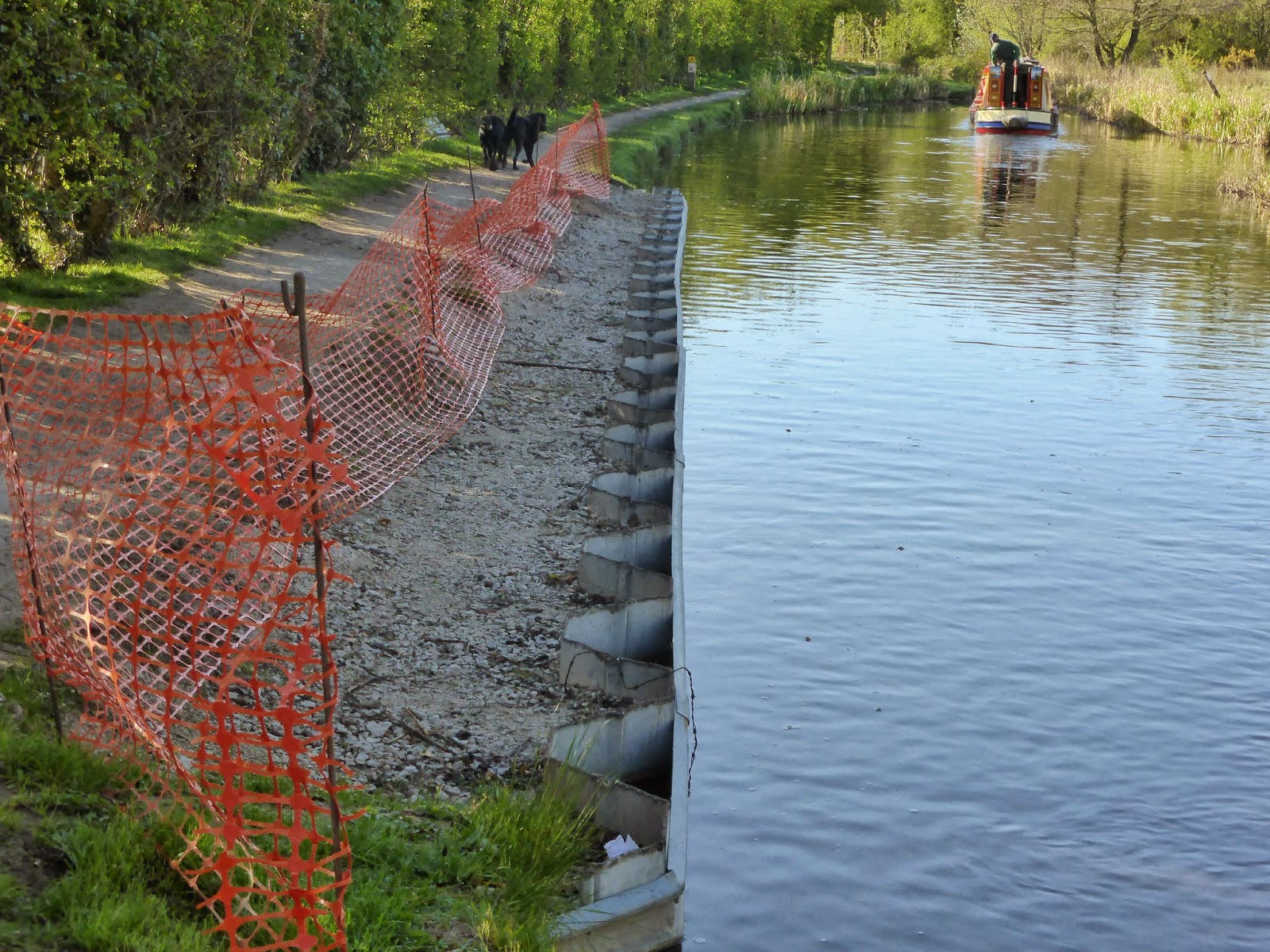 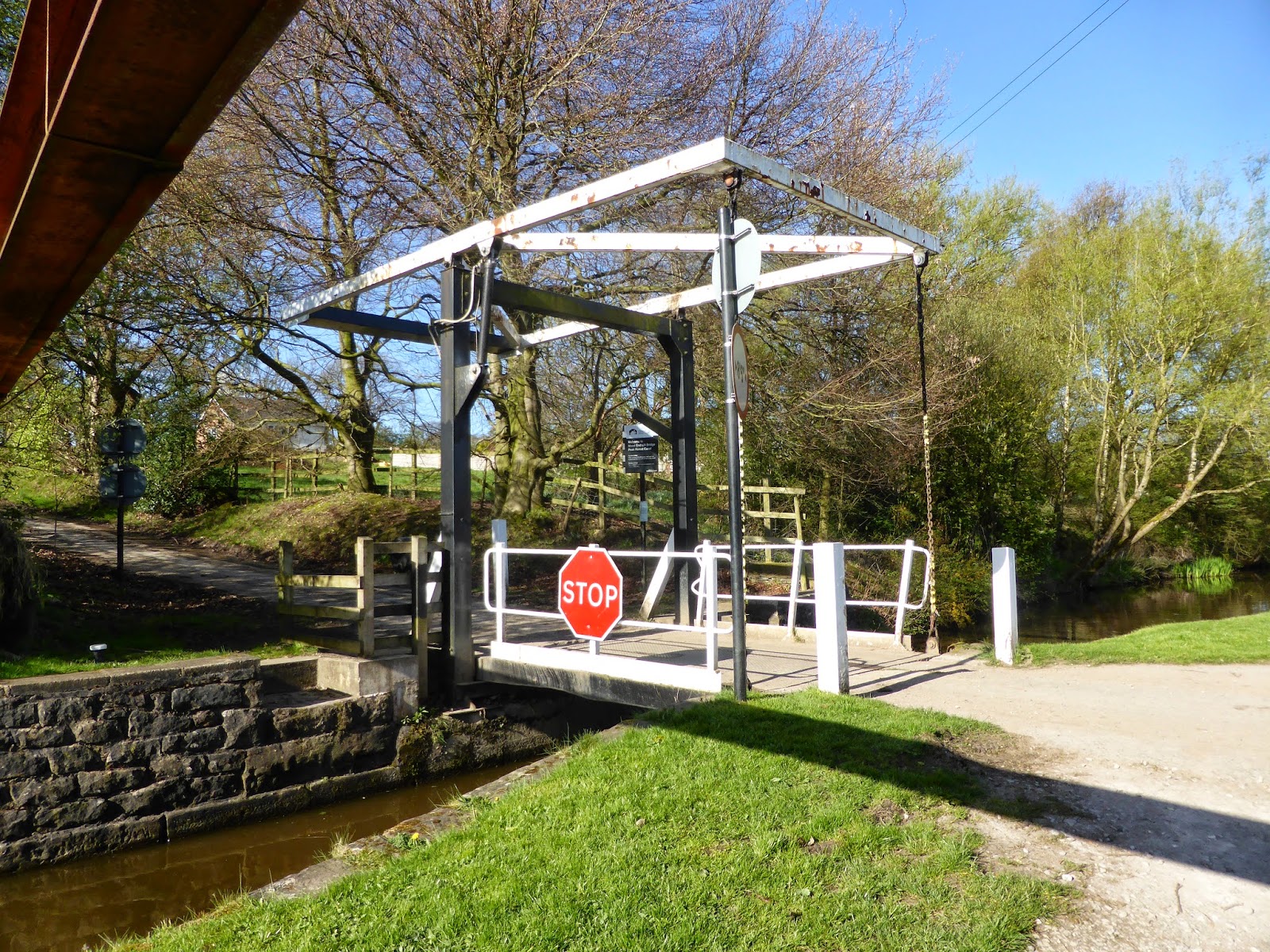 Wood End lift bridge, the second of the day and 70 turns of the windlass up and ..
yes you get the maths.. 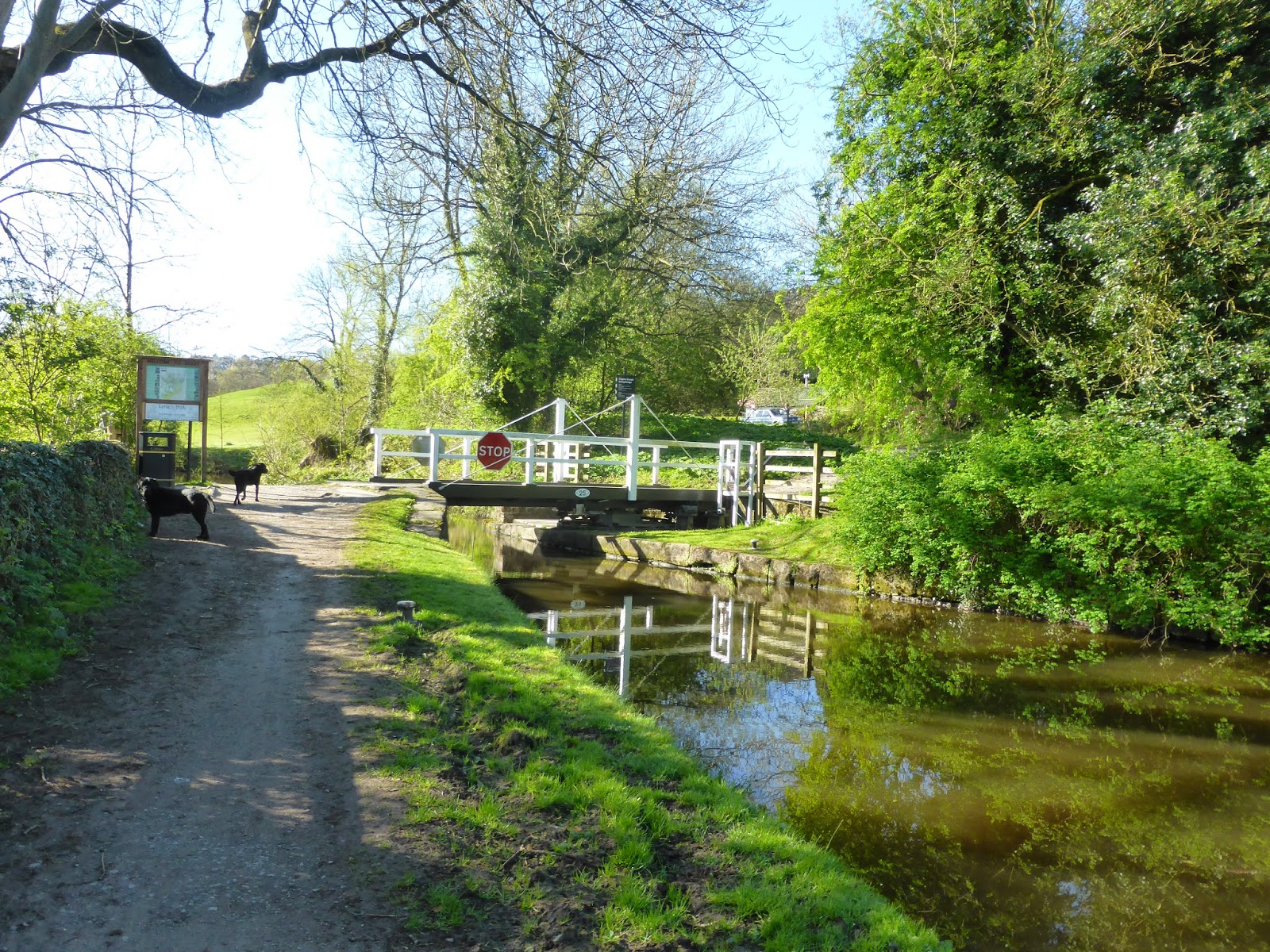 The first of the two swing bridges at Higgins Clough 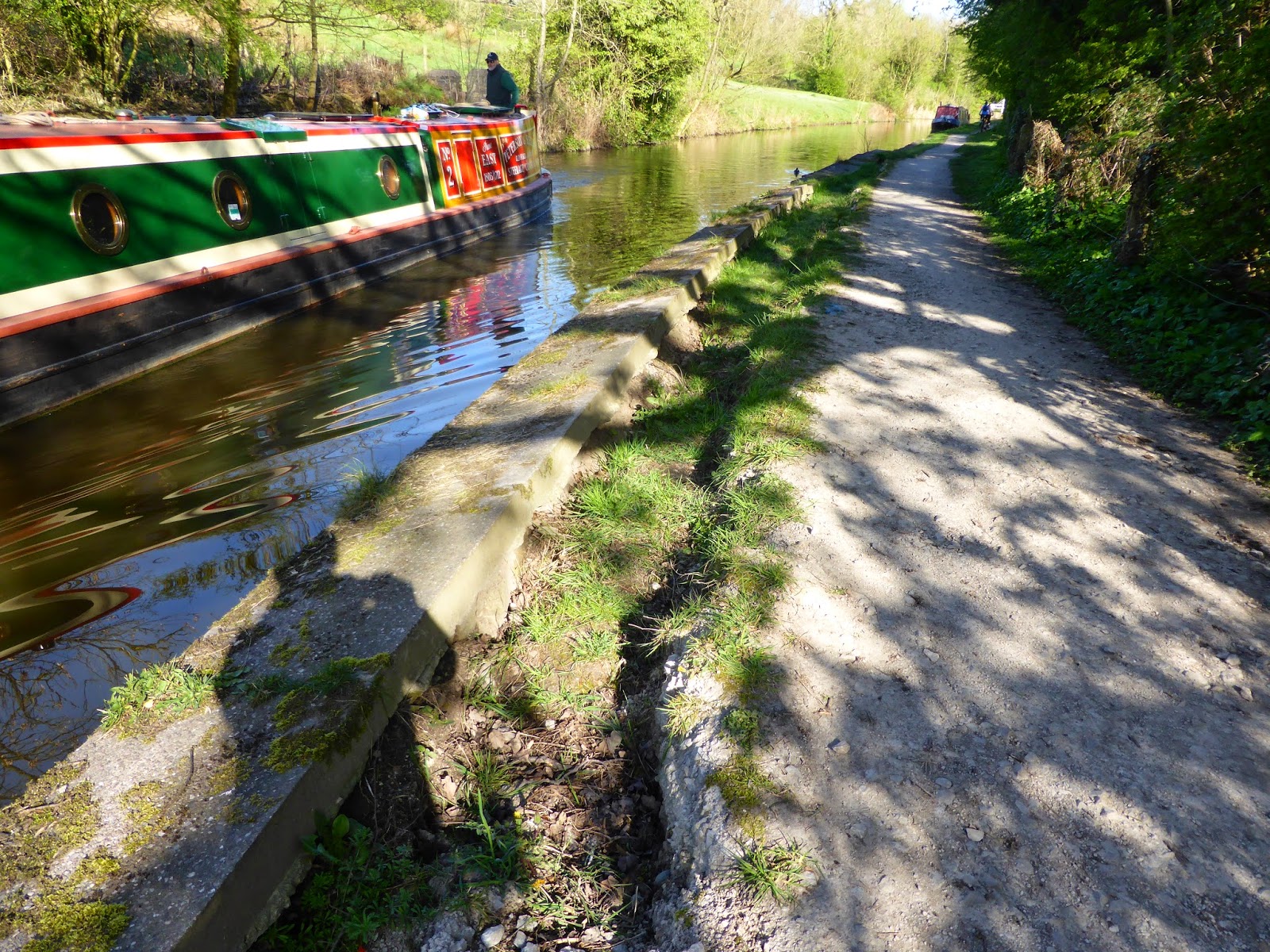 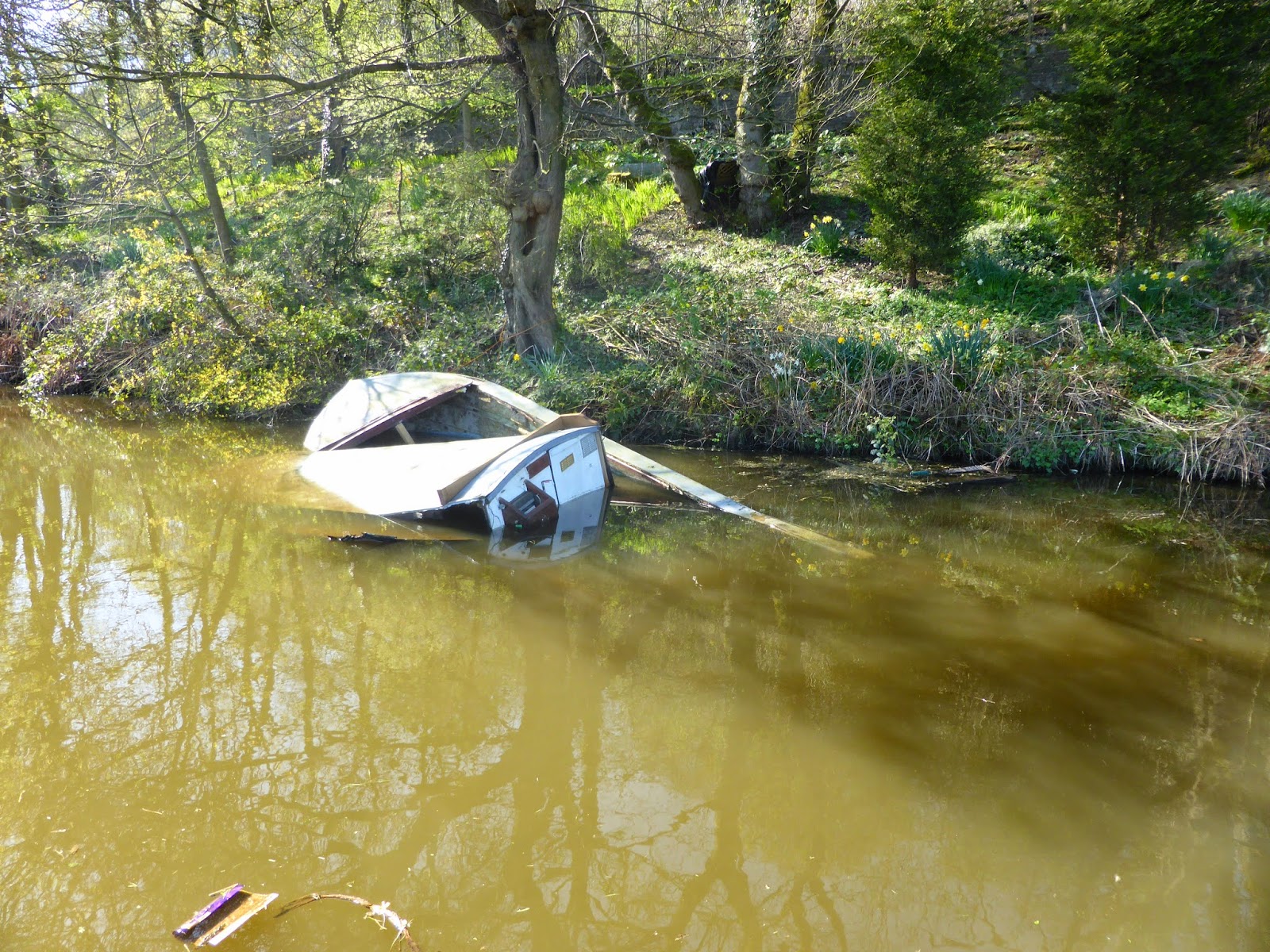 And our second sunken boat - a plywood cruiser that has disintegrated 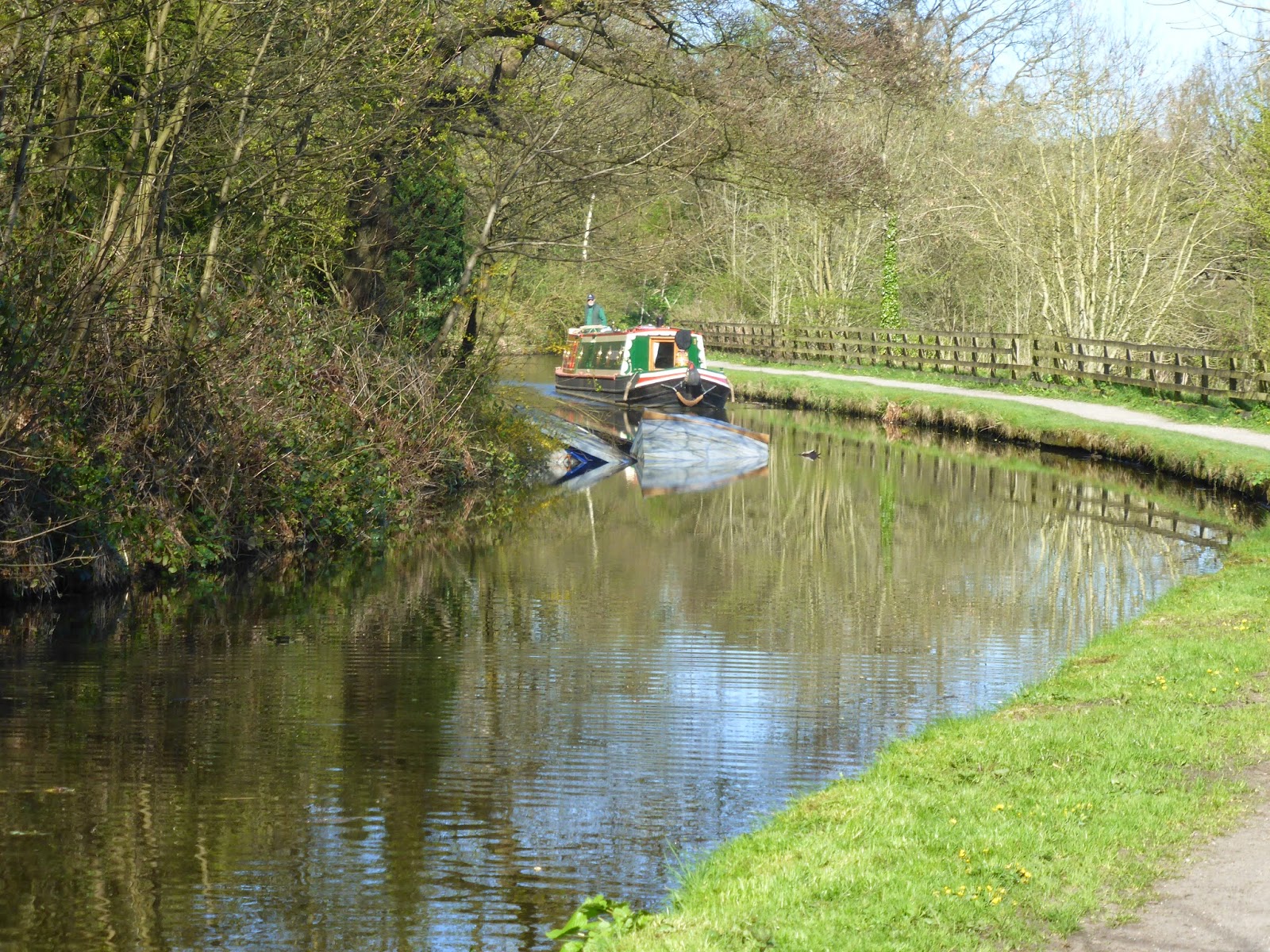 Yarwood encountering the sunken cruiser
I am hurrying on the next swing bridge as Yarwood approaches the sunken hazard and while I wait at an open swing bridge unbeknown to me Yarwood has fouled the roof of the cruiser.  I dog walker wanting to cross the bridge I have opened tells me that he has passed a boat, a green and red boat, struggling with a sunken boat. Great.  I close the bridge and jog back to Joe to find he has just got through past the boat but the boat pole has been well utilised. 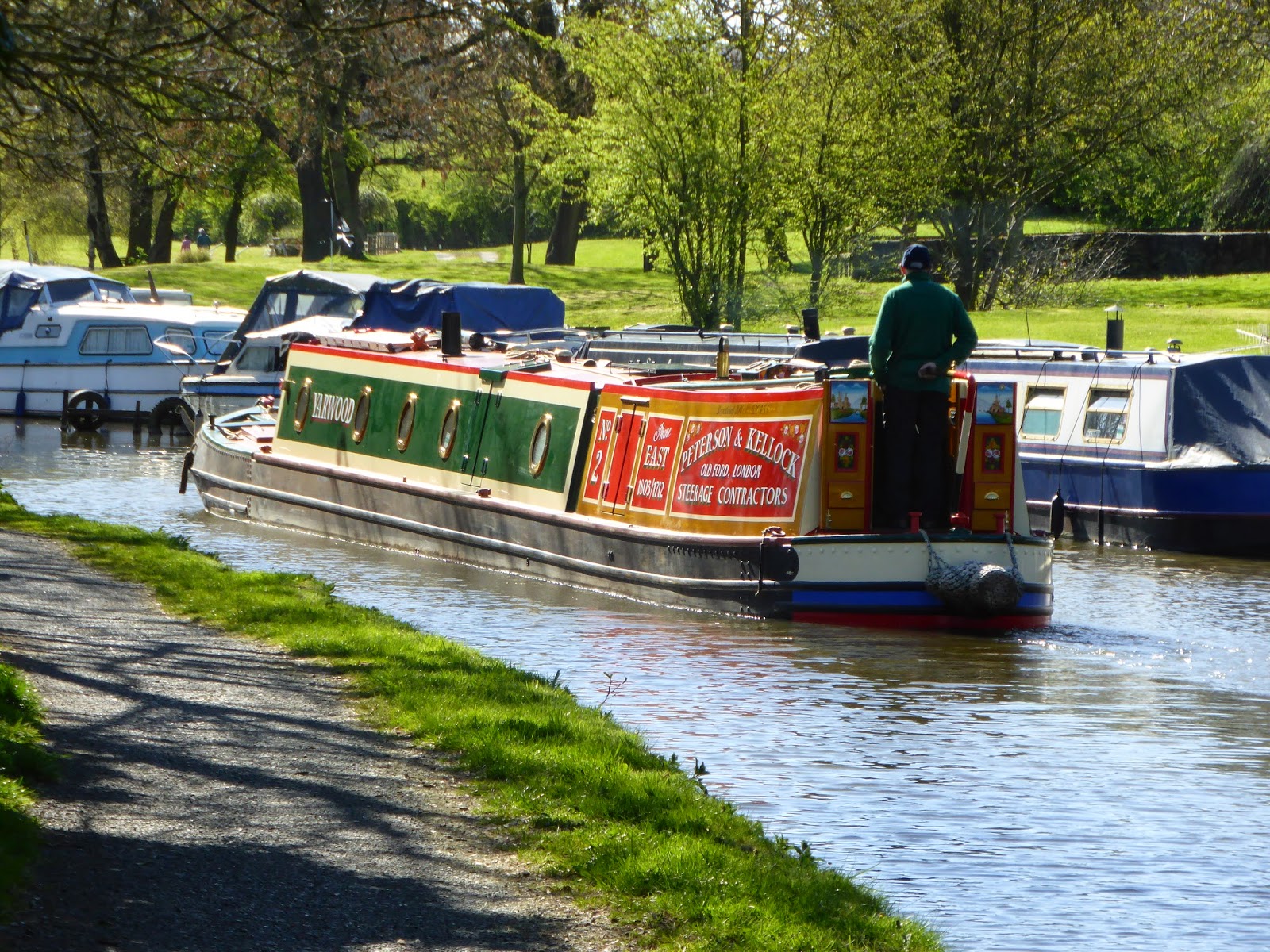 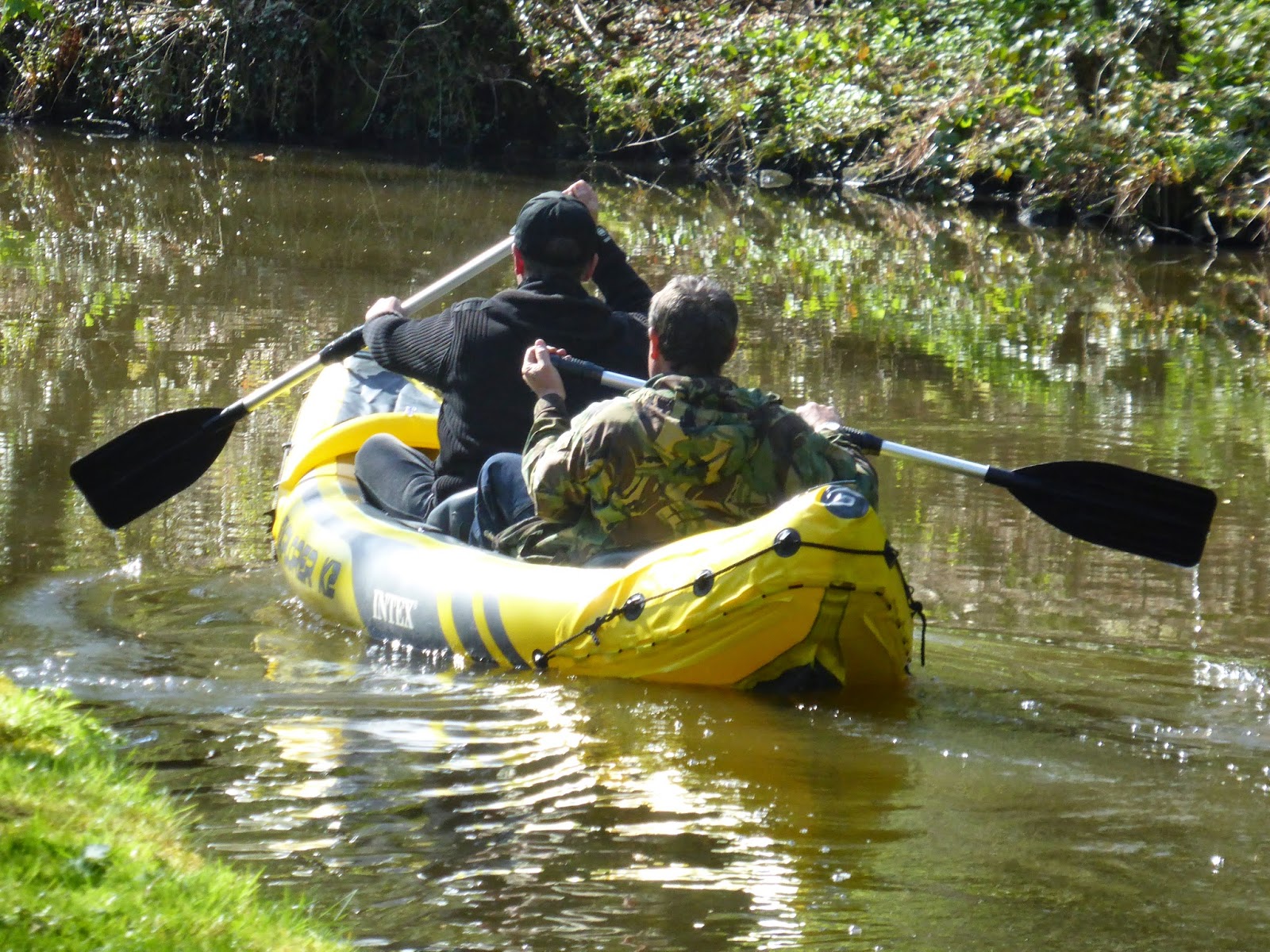 This pair had just launched their canoe and were getting the hang of it as Yarwood was catching them up!!!! 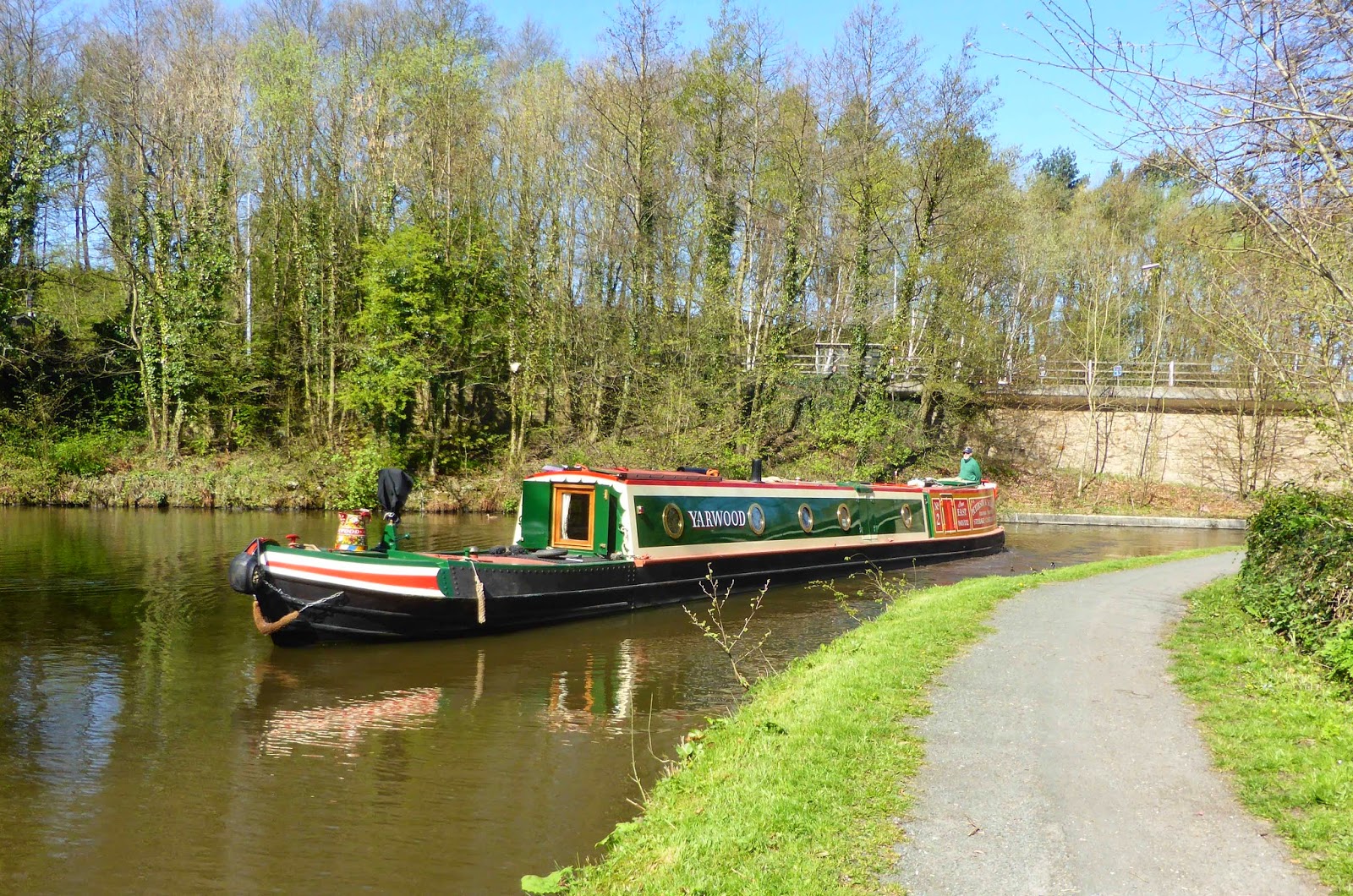 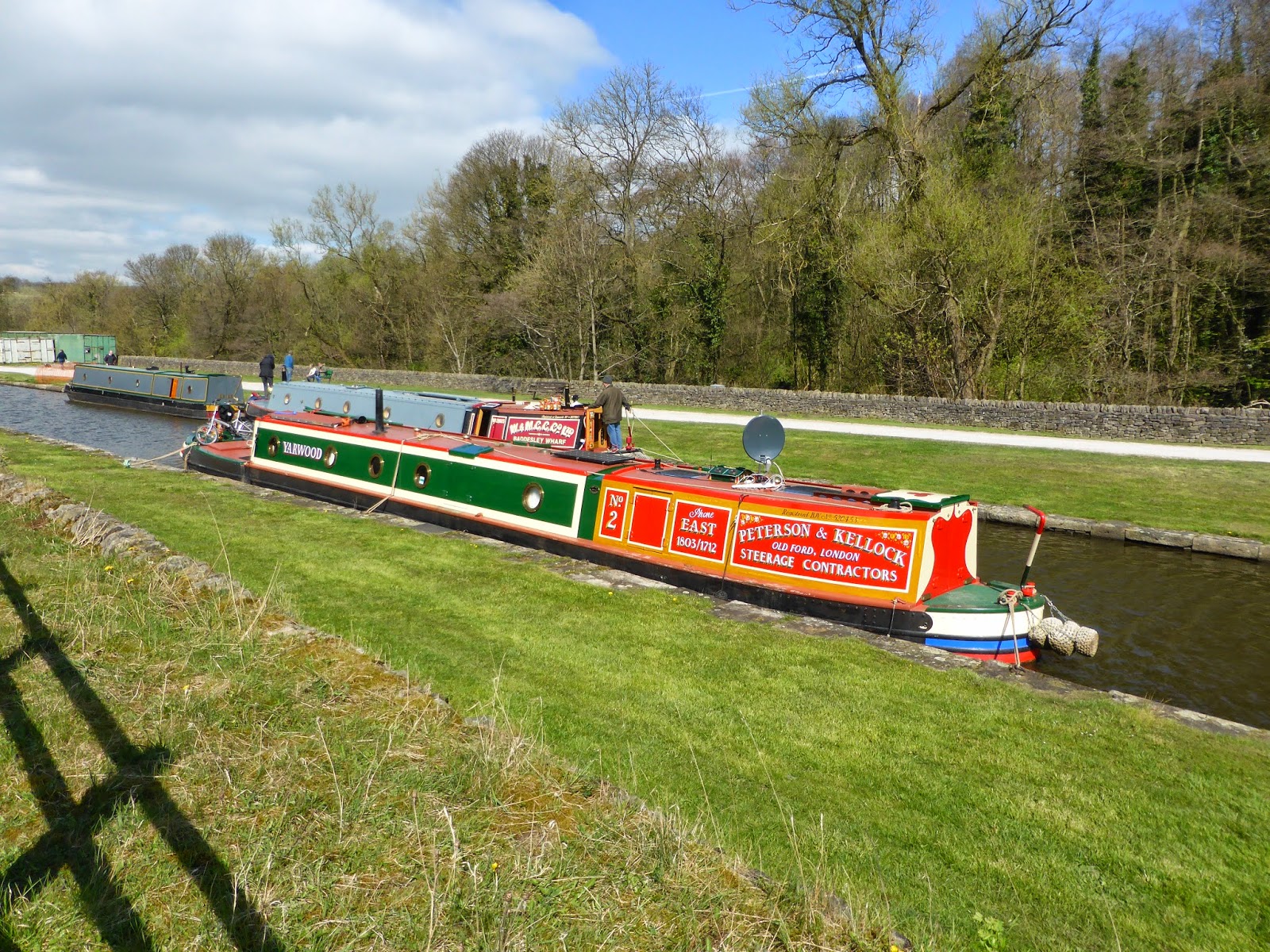 And here we be moored up in glorious sunshine in a perfect mooring with our own lawned garden and drystone wall!