The weather forecast for yesterday was wall to wall rain, a bit of wind and yet another rain front, so being the wimps we are we thought to stay in the warm and forget about cruising. Then the skies cleared and boats were passing by, so, do I get kitted in wet weather gear and take the dogs up the Downs again or shall we simply move into Stoke?
We moved off to Stoke.
The rain did get us but we were most of the way to Etruria by the time the heavens opened and we were prepared so no big deal. 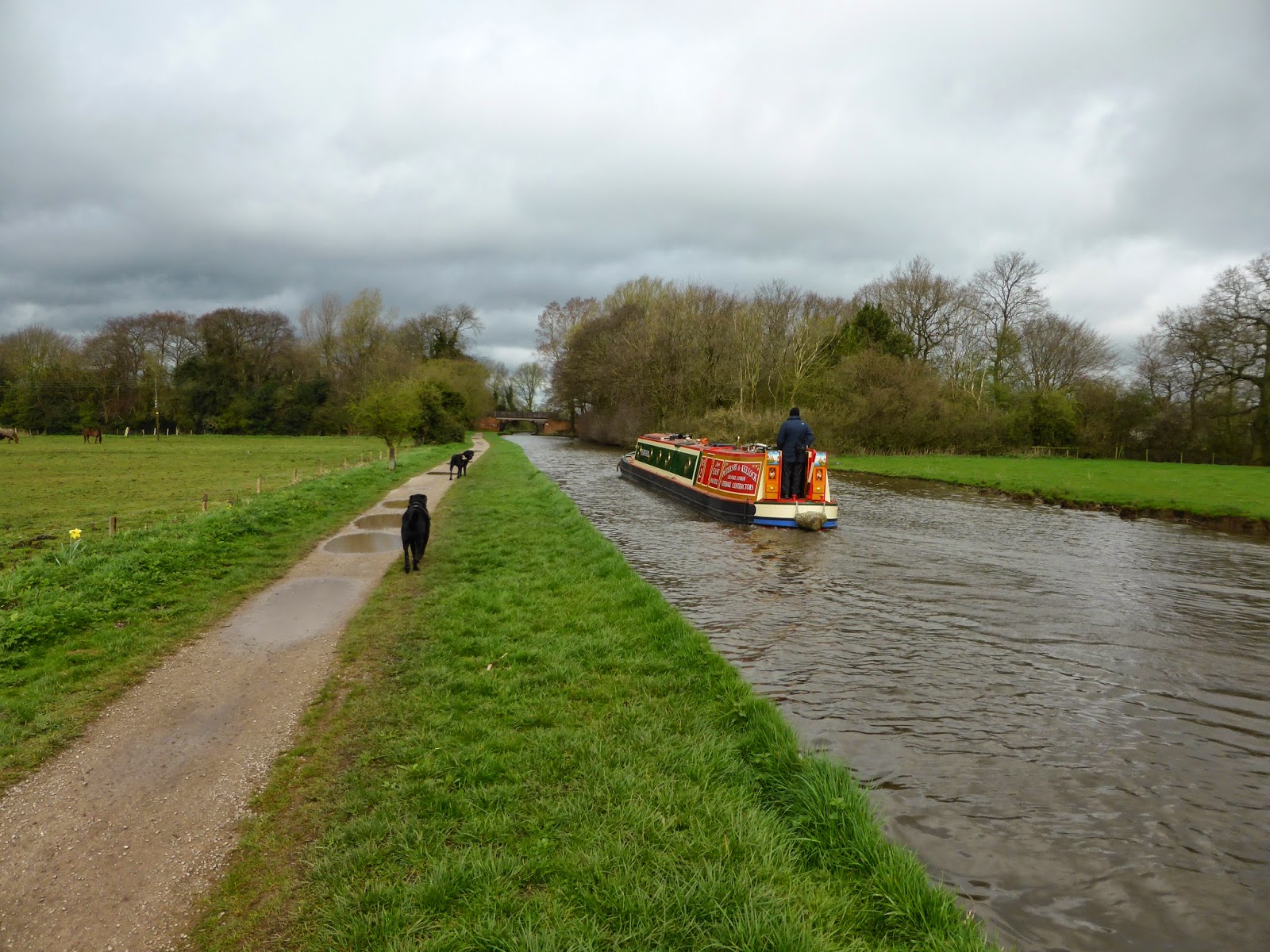 Moving off from Barlaston 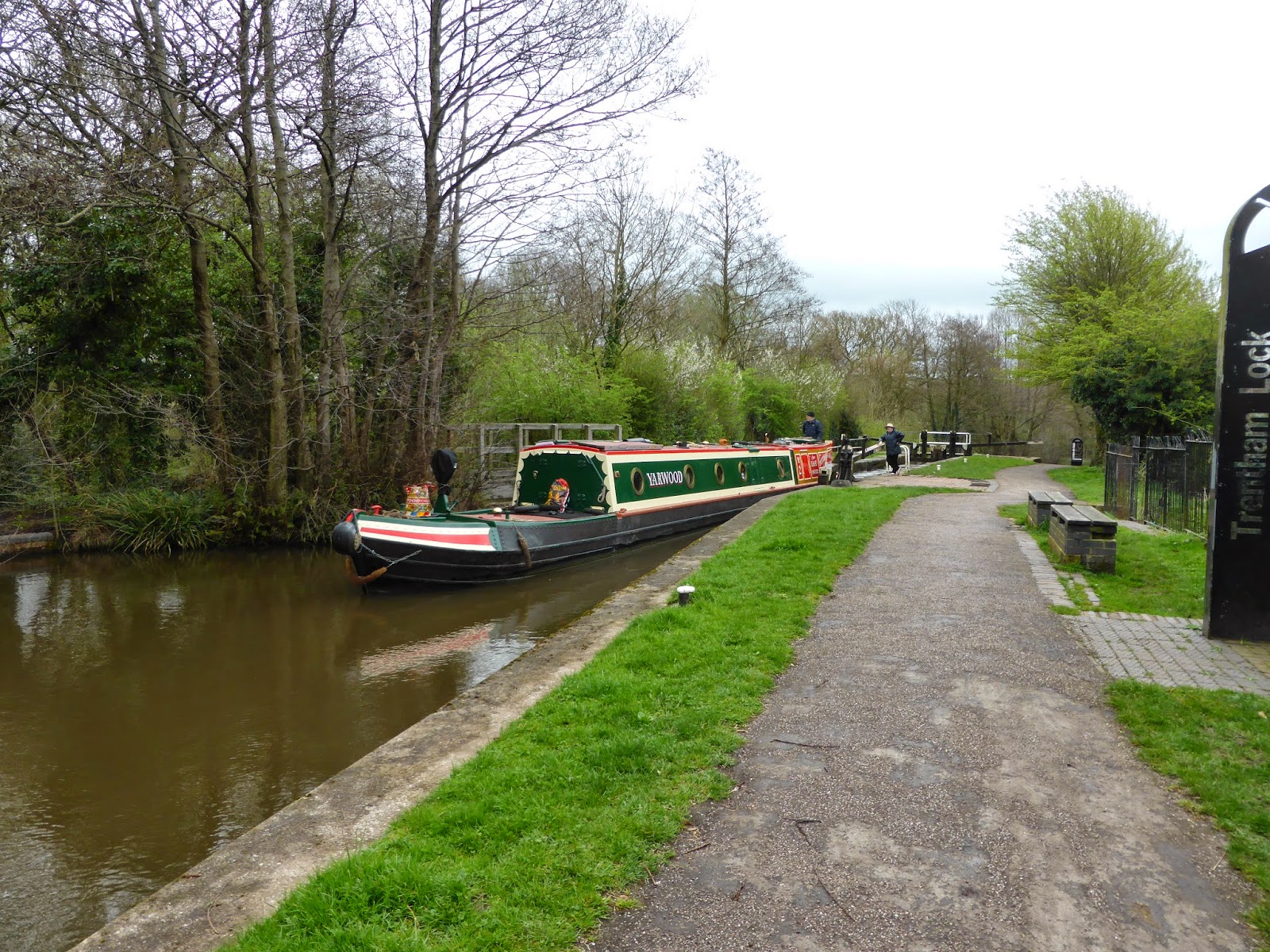 Exiting Trentham Lock, our first of the day
We were following another boat or two so every lock was against us and had to be turned (emptied)before Yarwood could enter. We were being followed up by a hire boat with a crew of five so I was able to leave the top gate in their capable hands and hurry on to the next lock. 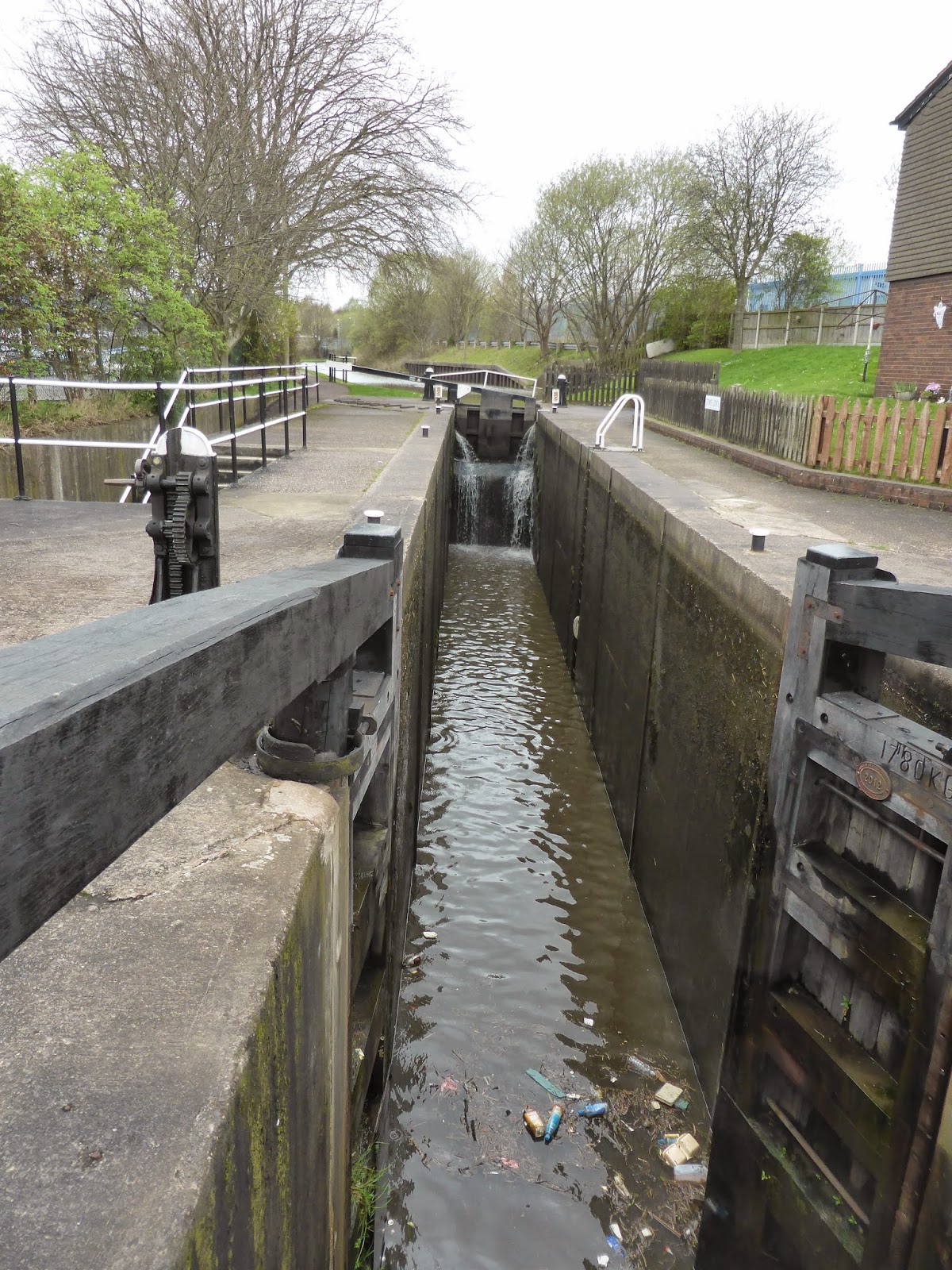 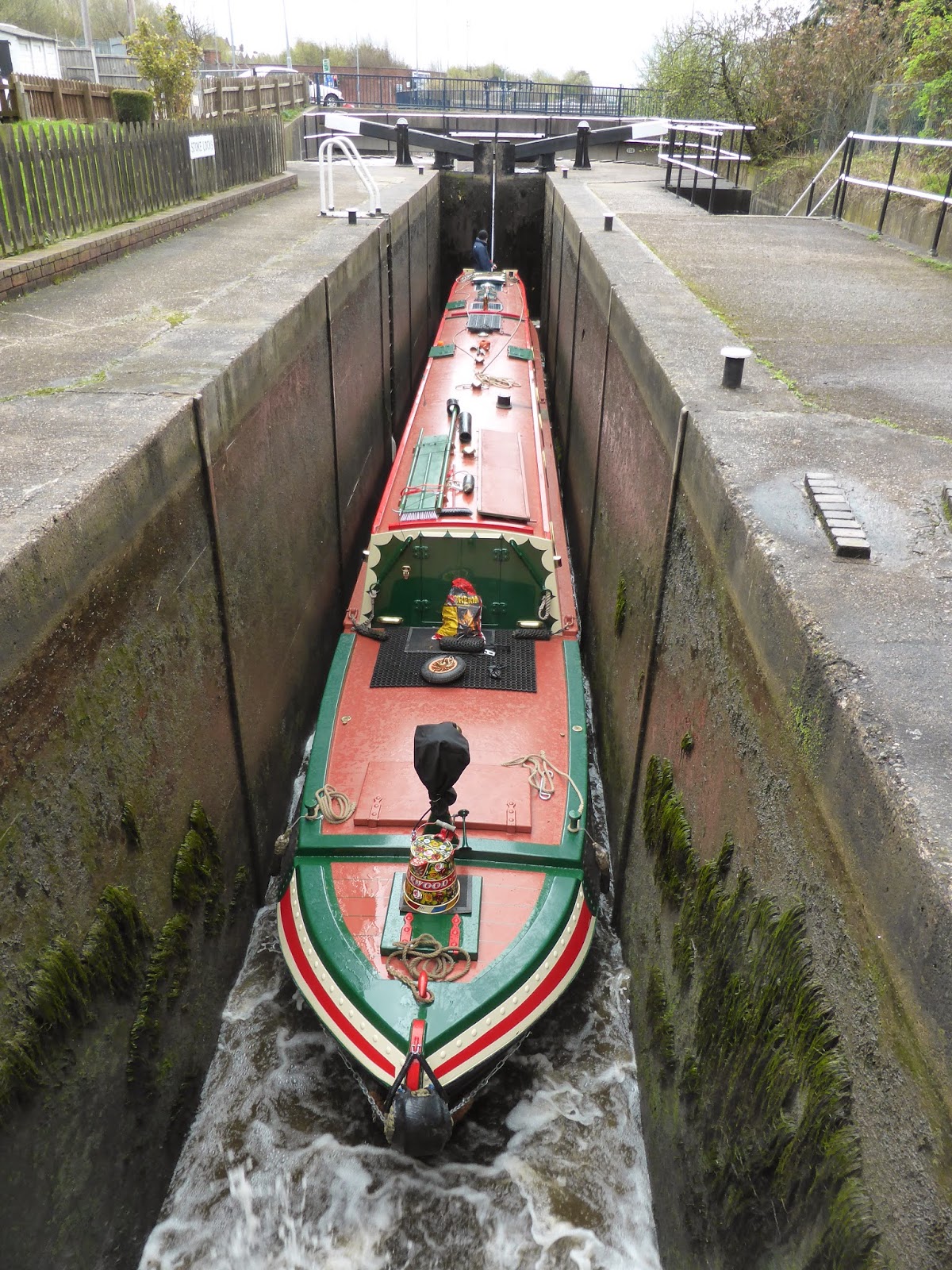 Look at those bottom gates...they ARE closed, do they need shimming? 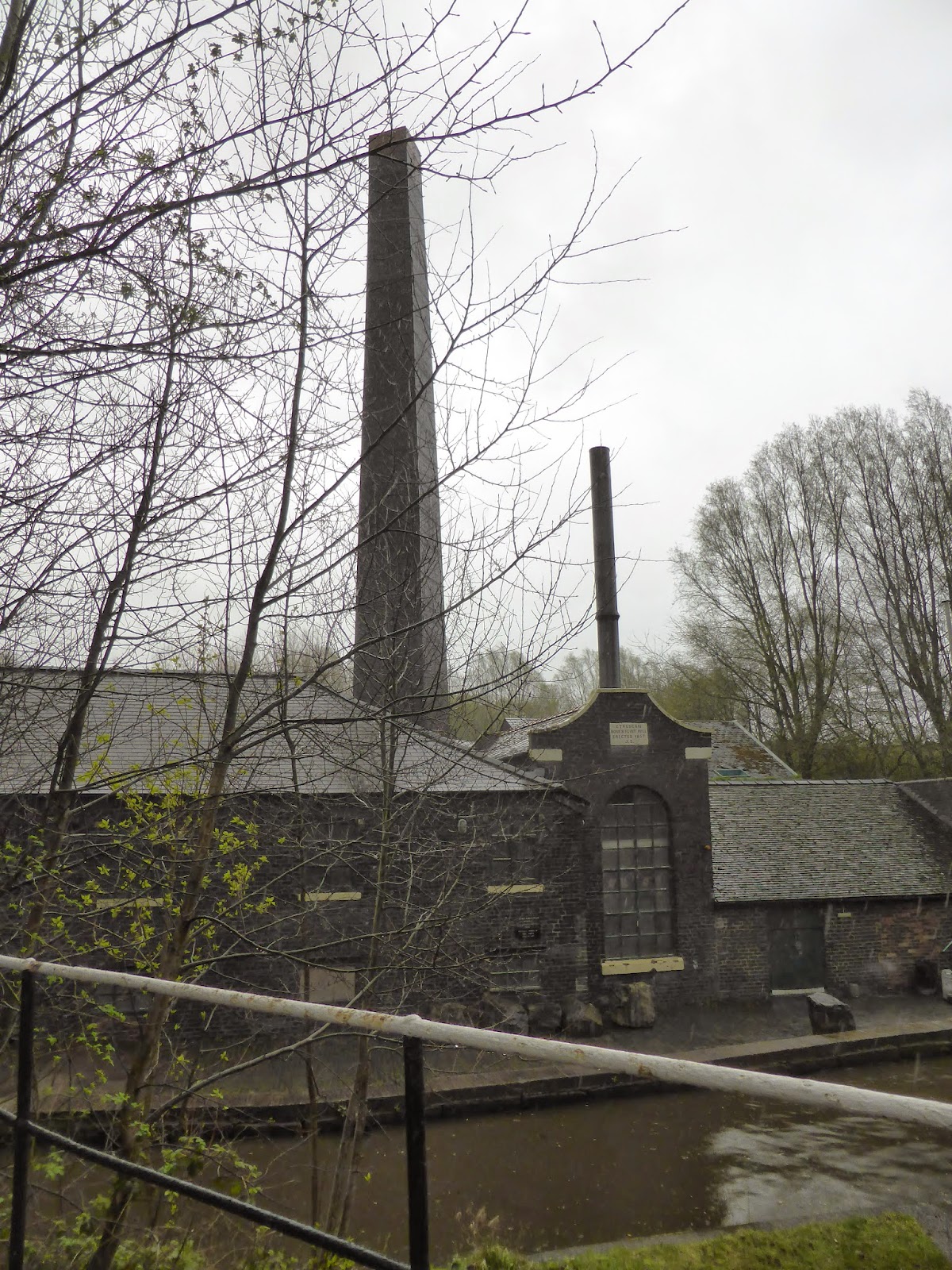 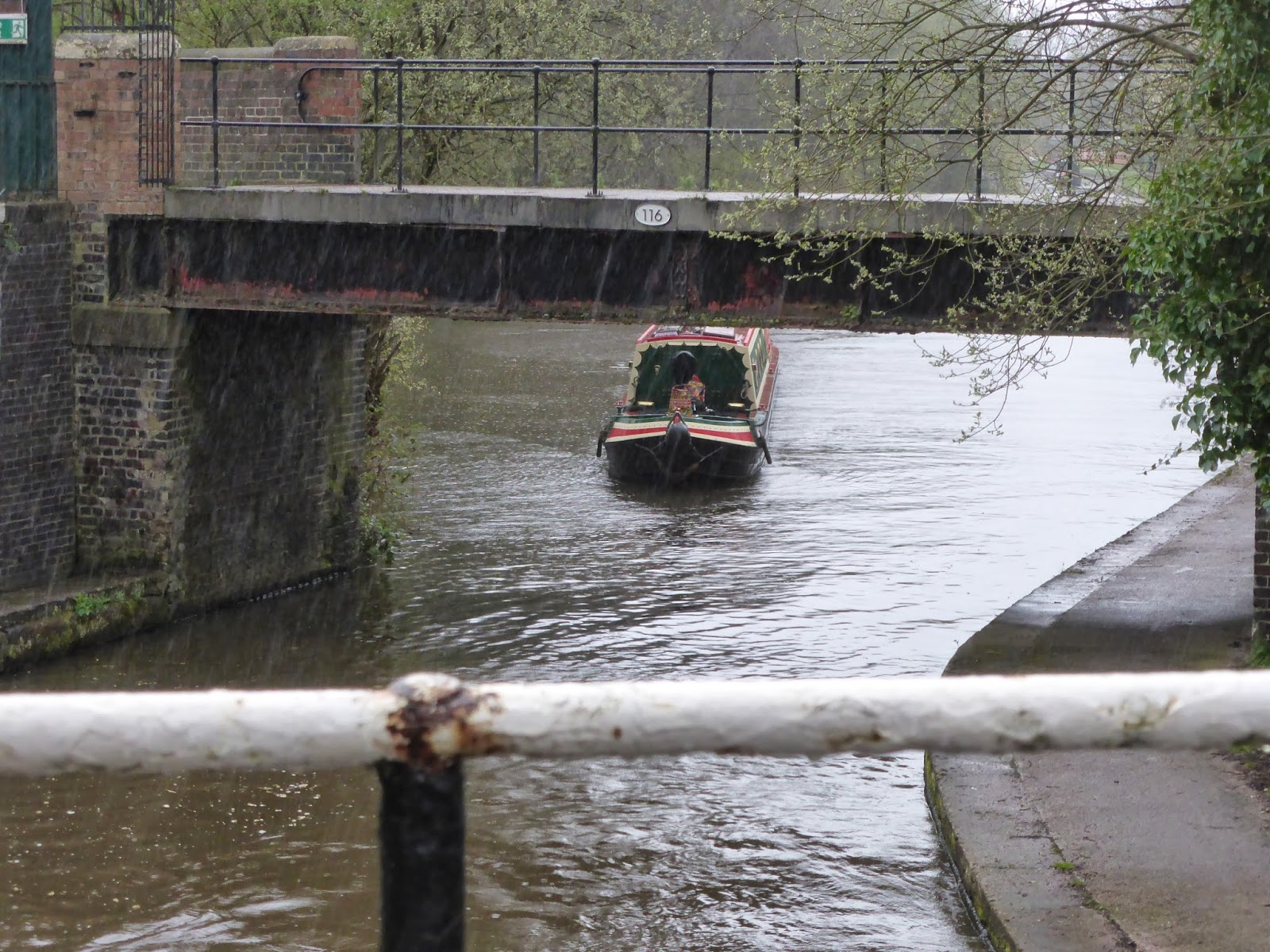 Yarwood approaching Etruria.
The boat ahead of us was struggling a bit, although there were two on board the steerer was doing almost all the work so was effecting operating as a single handler.  We were ALL emptying locks before we could transit so leaving the crew that was following us to close the top gate (with their consent of course) after Yarwood I raced ahead and prepped the lock for the boat in front of us, got them on their way, then turned the lock for the approaching Yarwood. 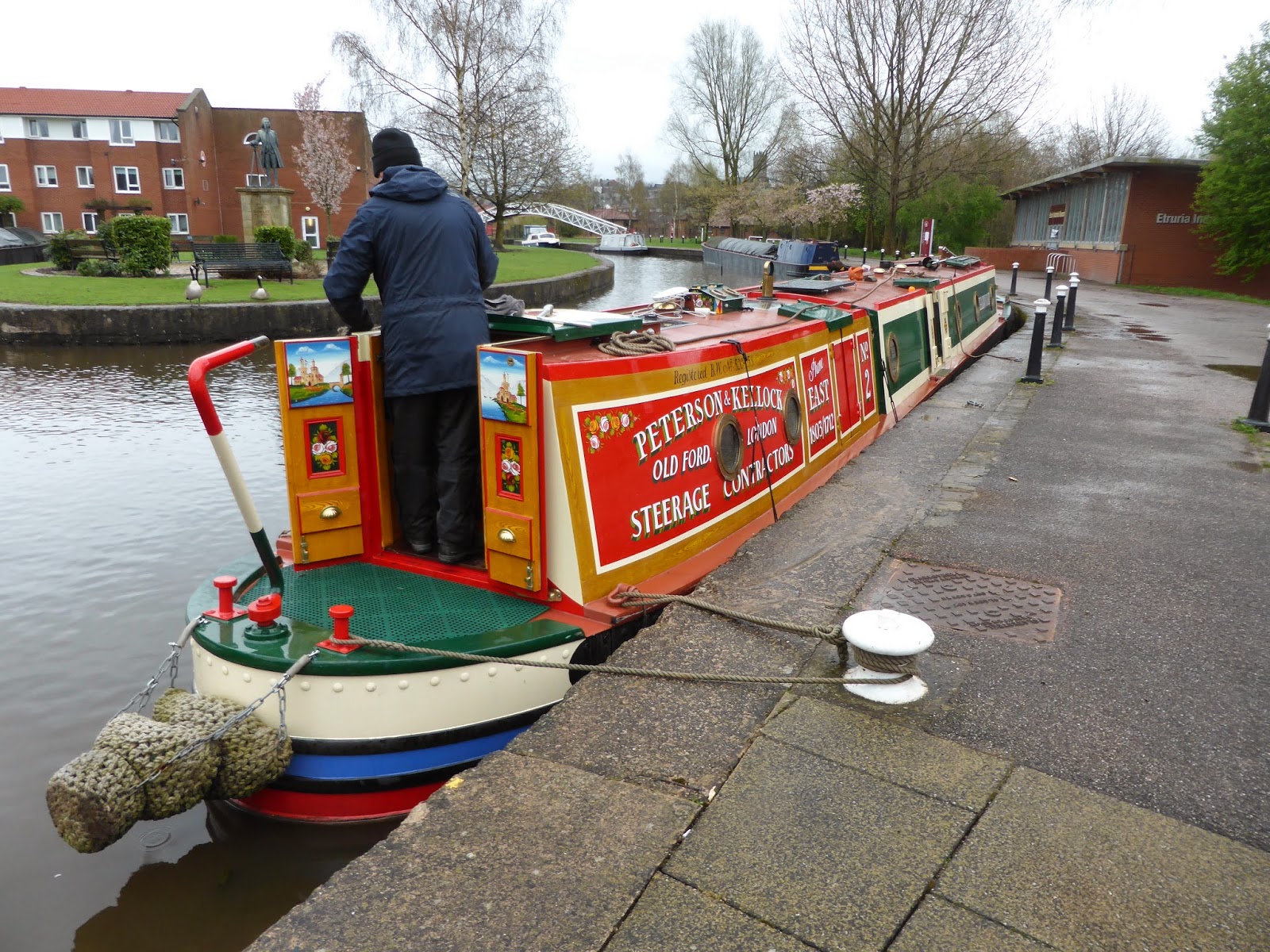 Moored Etruria
We turned right into the Etruria basin, called it a day and moored for the night.
Posted by Nb Yarwood at 17:15