After the wind...a quick dash

Tuesday dawned and as predicted, or forecast, the wind and rain picked up and Himself decided that we would sit it out at Kilby Bridge.  Nb Clarence made a dash for it late morning, we sat comfortably aboard Yarwood and watched the poplars and willows whipped in a frenzy and thought...best of luck Derek and Sheila.   Looking at the weather forecasts for Wednesday Joe had spotted a three hour window of 'relative' calm that started rather early in the morning.... we were up at 5am and on the move 45minutes later. 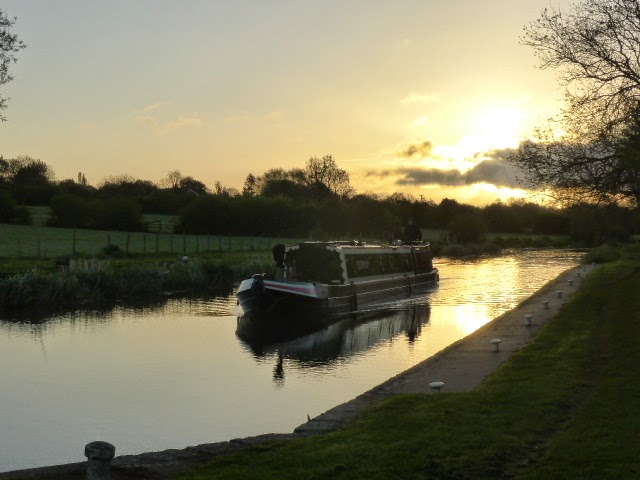 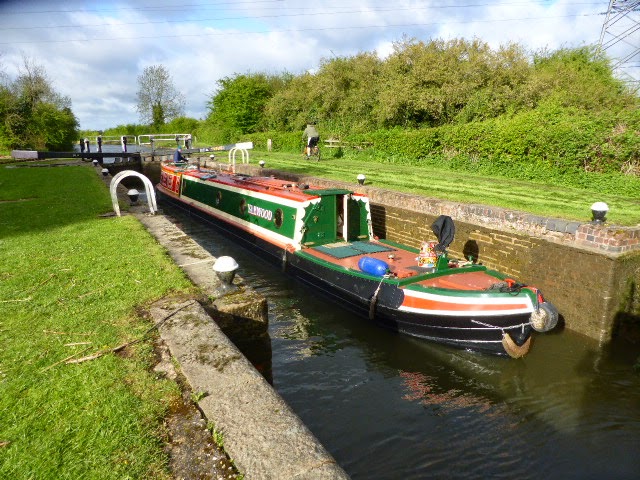 The wind was gentle, every lock was against me, the sun was shining but it was so good to be back at this boating marlarkey! 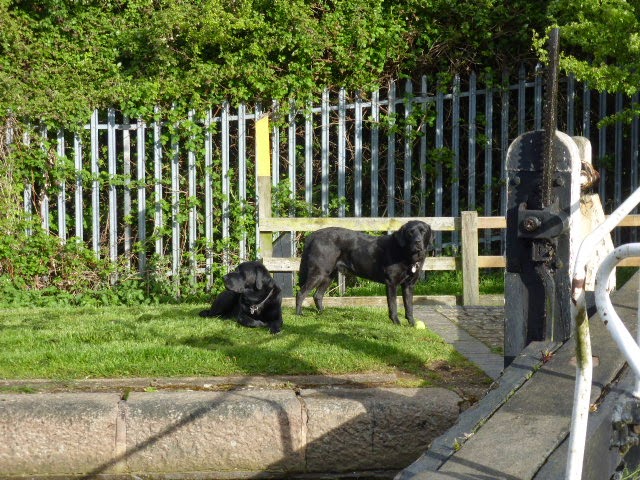 The boys were straight back into the routine too 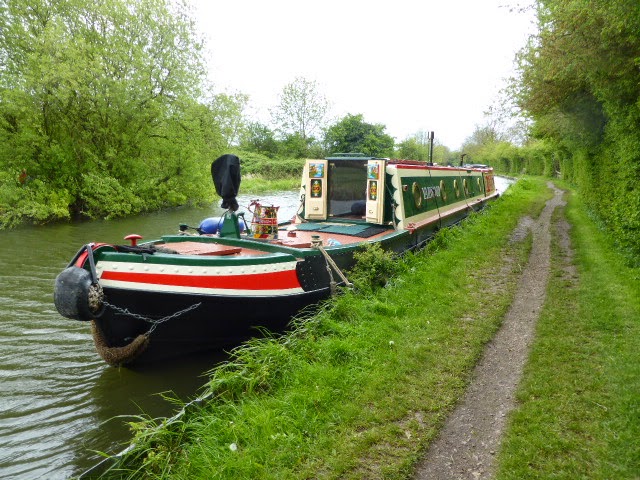 Two and a hour hours later the wind had picked up as forecast and we were quietly mooring up behind the slumbering Nb. Clarence.
We sat it out throughout the day until 5pm when conditions had moderated yet again before setting off together toward Leicester.  We had persuaded Derek and Sheila that Leicester was indeed a safe mooring and then crossed fingers and prayed that there was no incident about to happen that would make us out liars. 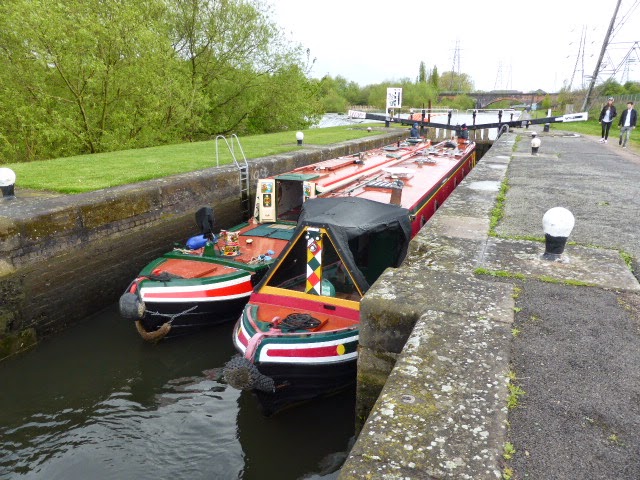 The last lock before Leicester and the rain had just started 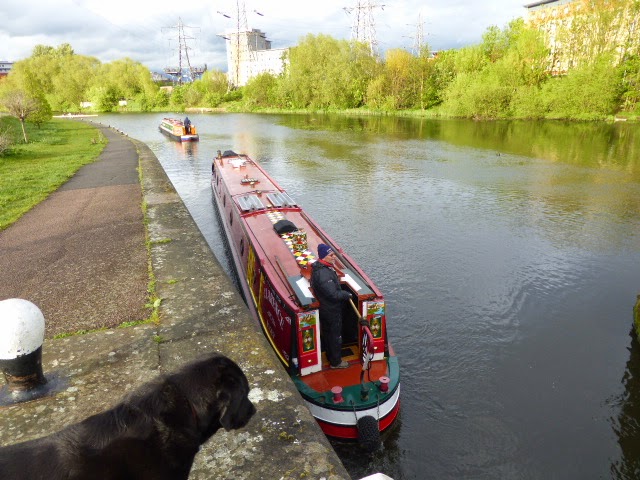 Off they go, Yarwood leading the way to our overnight mooring 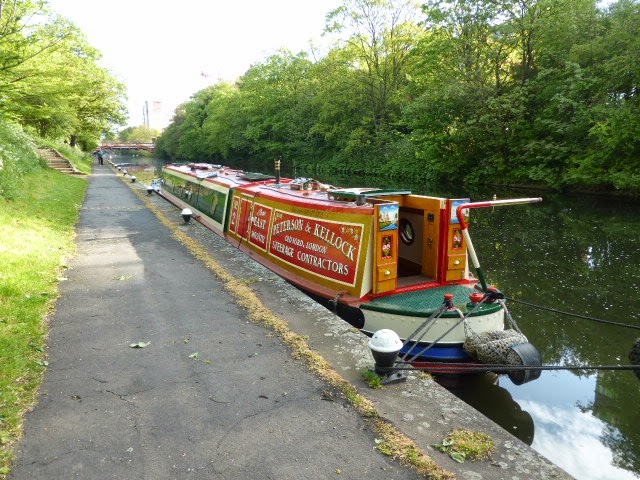 We moored up in Leicester on the 'line', Sheila and I dashing to Tesco for a few essentials, before settling in for the evening.  No surprises, we had an uneventful night..Yes a little noisy because we were in a City but nothing to stop you mooring in this vibrant and interesting place.  This will have been the fifth time of mooring here and we have never had any problems at all.
Posted by Nb Yarwood at 20:29