Leaving Saxiby for our stay in Lincoln

After 72 hours at Saxilby it was time to leave and join the rest of the Washers in Lincoln.  I walked the dogs and then took a final wander around the village before Joe and I moved Yarwood across to the water point to fill our tank.  There was going to be water in Lincoln but the boaters wisdom is never to 'pass water',  so generally we don't, you never know the next tap may be out of order. 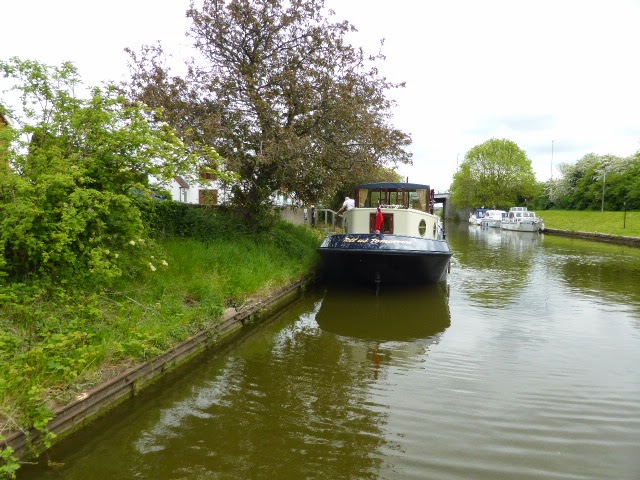 This dutch barge was just moving off the water as we snuck up behind him. 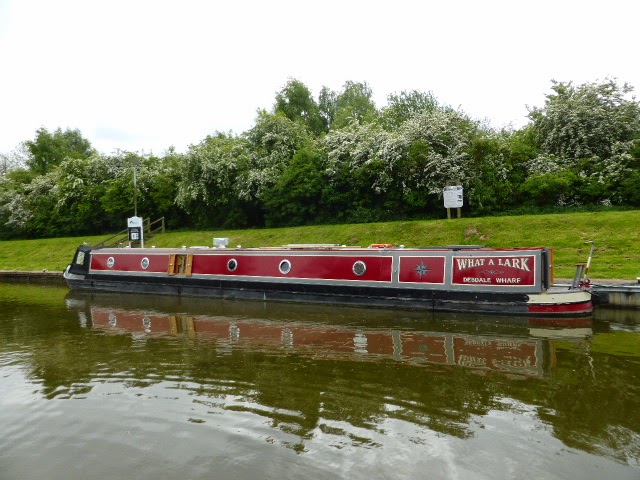 What a Lark waiting for us to vacate the water point. 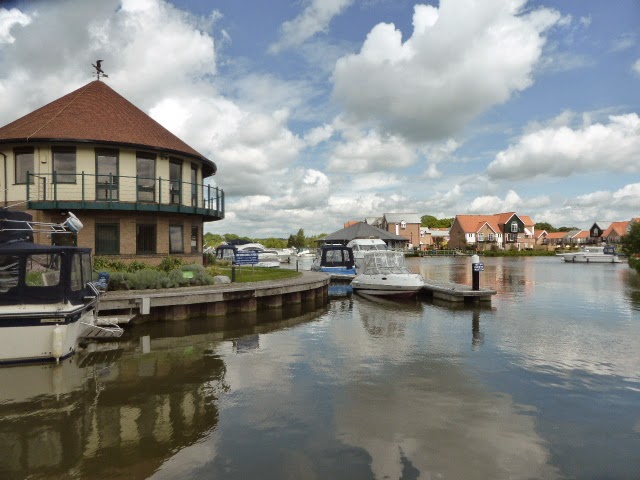 We were stopping off at Burton Waters Marina for fuel and as we approached the marina the entrance was made clear to us by a GRP shooting out under our bow. Ah there it is thought Joe as he slammed Yarwood into reverse...or something like that perhaps..  The first plastic was soon followed by his plastic mate who again gave no warning hoot as he pulled out but Joe was ready and although I could see 'ramming speed' flash across  his expression we made the turn in without destroying either boat. 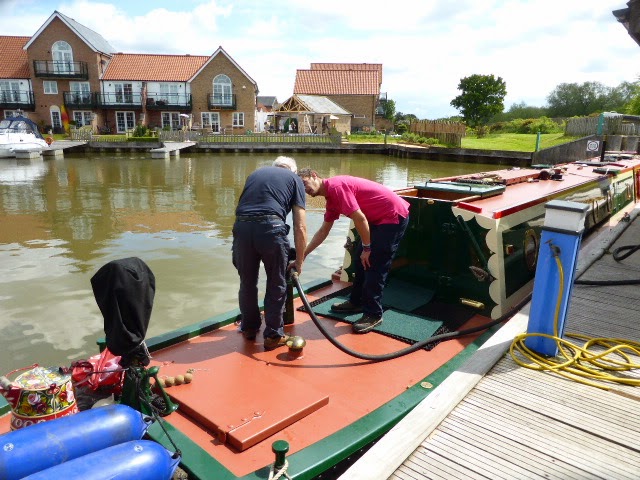 Helpful staff as we fill the generator tank.  75p per litre self declaration.

This looks a very nice marina complex with housing all around and attractively set out moorings, 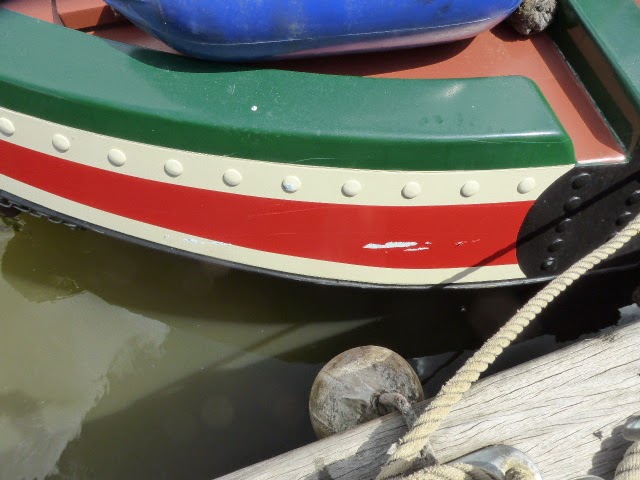 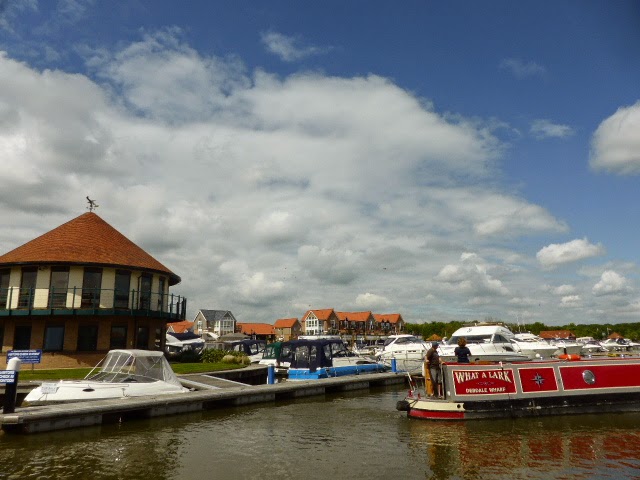 We had just finished fuelling when What a Lark arrived to do the same. 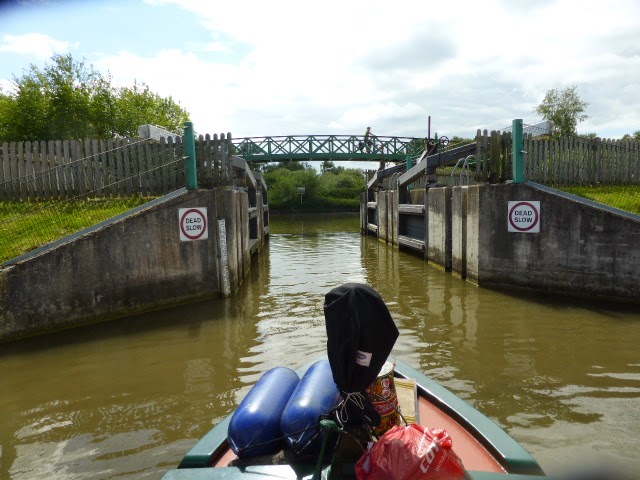 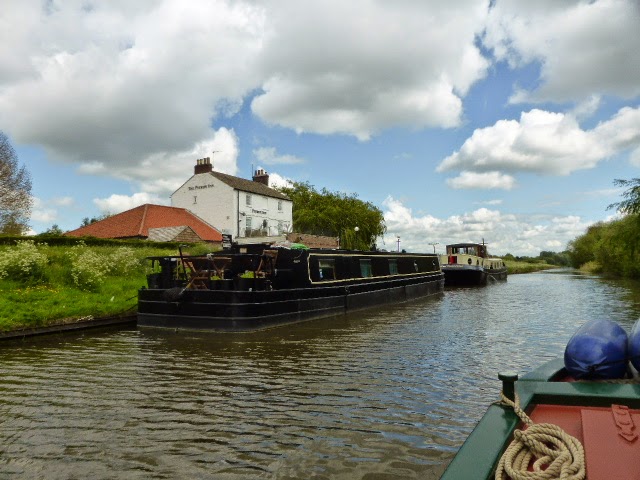 Turned towards Lincoln we pass the Pyewipe Inn (Pyewipe = Peewit, Lapwing) and the Dutch barge again that had preceeded Wal along the cut. 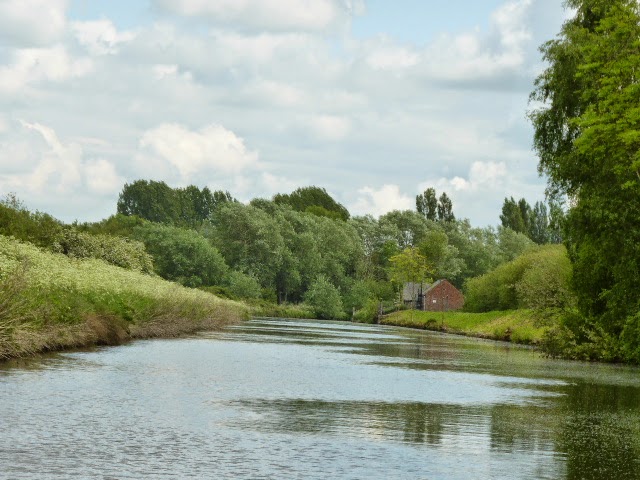 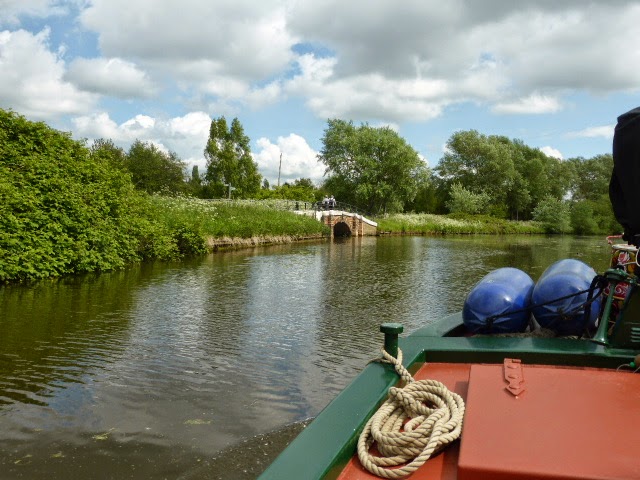 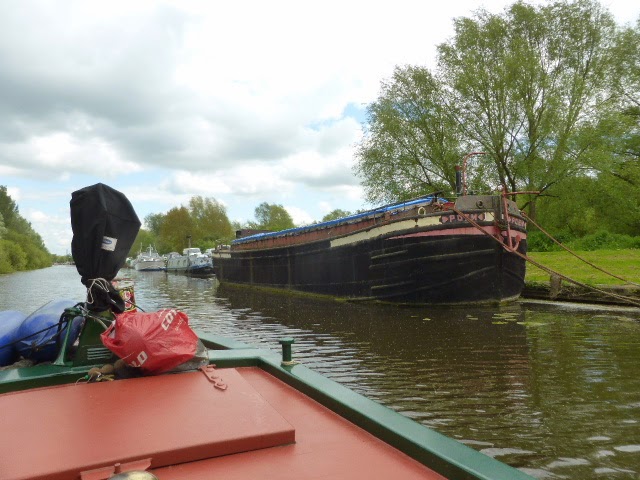 On the approach to Lincoln there are extensive residential moorings  and a real variety of craft both in style and condition. 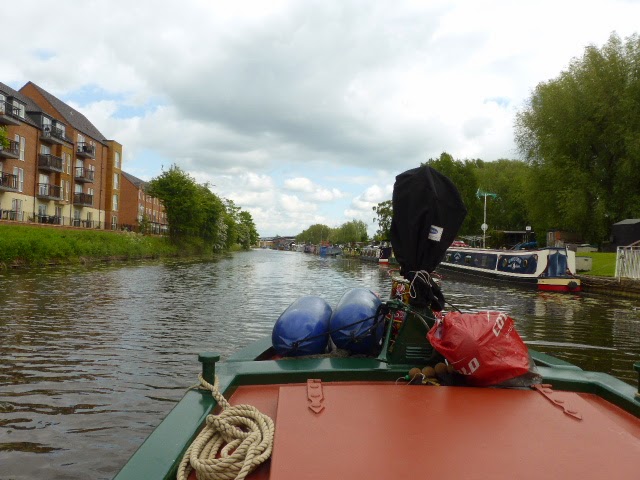 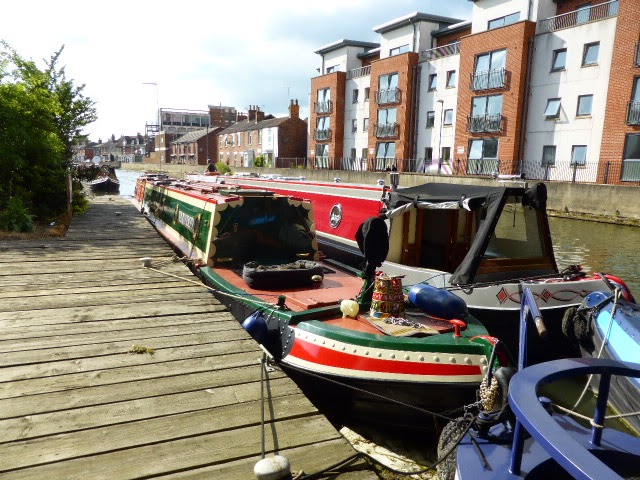 Rafted up together, Yarwood and WaL almost under the flyover on the Brayford Trust visitor moorings.
We were met by Geoff as we approached and he assisted us to get moored up before WaL arrived and rafted up with us.  Clarence is just behind and Seyella a little further back.  Our £10 a night charge for mooring includes hook-up (shore power) so as I type the washing machine is working through its fourth wash load and I an eying up the dogs beds for a little freshen next.
Posted by Nb Yarwood at 16:00