Six and a half miles nearer Boston

We left our mooring at Bardney Village late morning and headed off towards Woodall Spa, some six and a half miles further alone the R. Witham towards Boston.   I sat on the tug deck in the sunshine with Floyd for perhaps an hour before a seasonal shower of hailstones drove dog and self inside, leaving Joe to cope with the elements. 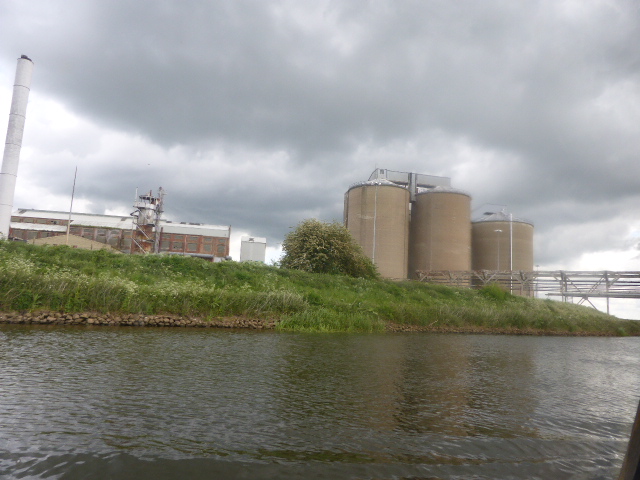 This is the extensive sugar beet works at Bardney, closed in 2003 because the economics of growing and processing beet made to sense...shame. 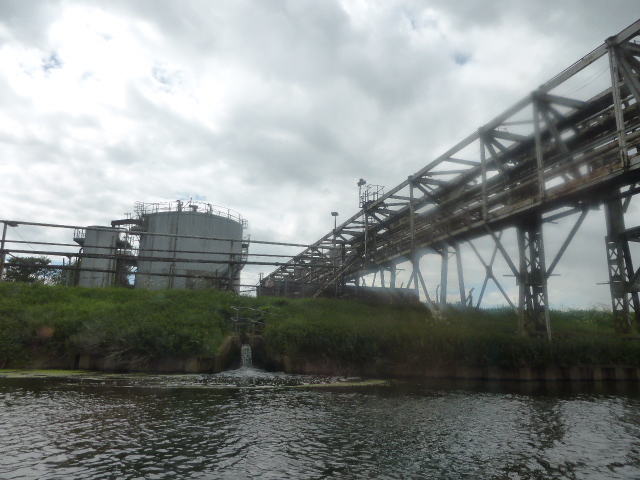 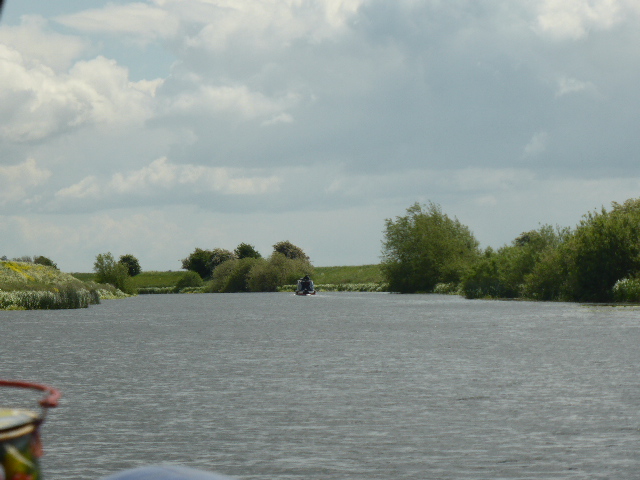 We follow Geoff on Nb. Seyella and behind us is Nb. What a Lark and behind them Nb.Clarence 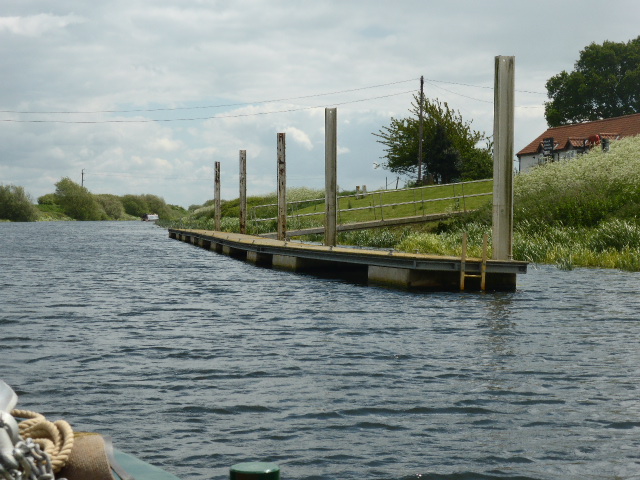 Offside moorings at Southrey, typical of the R. Witham 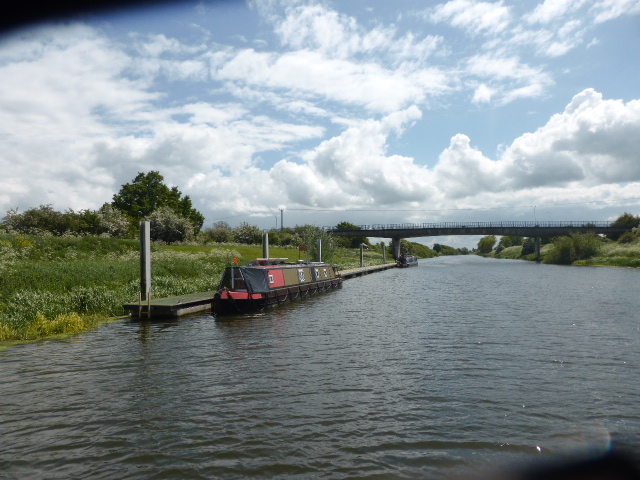 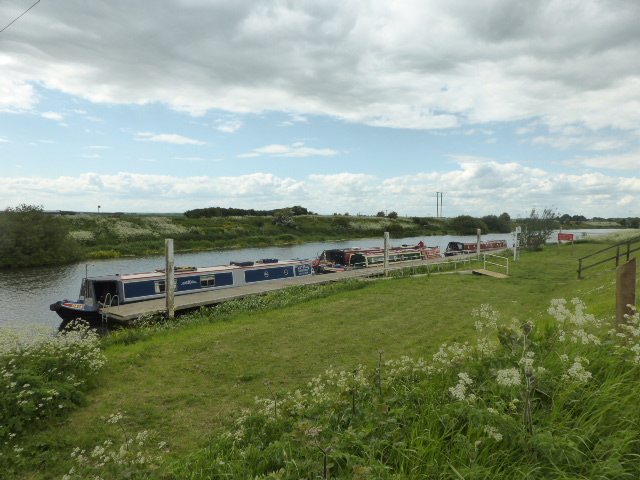 The flotilla all moored up and secure
After tea and cakes aboard Seyella I head off with the dogs to explore our surroundings. 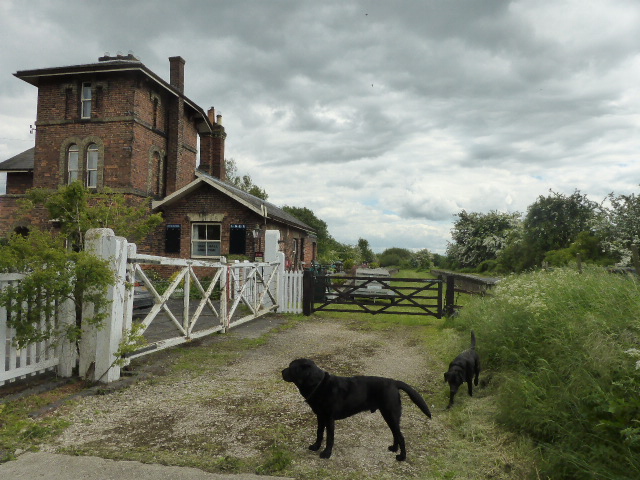 The defunct Woodall rail station, a victim of the Dr Beeching cuts in 1963
Striking out towards Woodall Spa which is north of the river I turn a sharp right and head off into 'no mans land' looking for the remains of yet another Abbey.Lincolnshire seems to have been inundated with religious settlements they seem to occur every five miles or so. I imagine that this is productive land, the Church owns great tracts of it and therefore the Abbeys thrive. 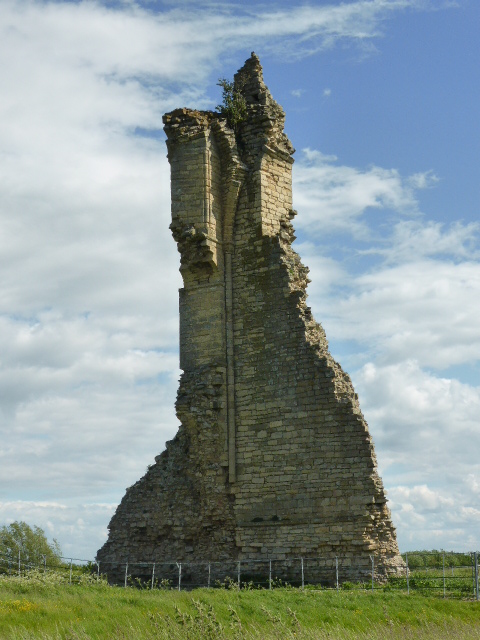 This thirty foot 'monolith' is almost all that remains of Kirkstead Abbey which was founded in 1139 and established in in 1187.  The ground around this tower of stone is testament to the extent of the former structures and the remnants of the fish pools are there to be seen.  Good King Henry saw the demise of this Abbey along with all the others when he dissolved the monasteries in his great 'land grab' and tax dodge, no more 'Peter's pence' heading of to Rome! 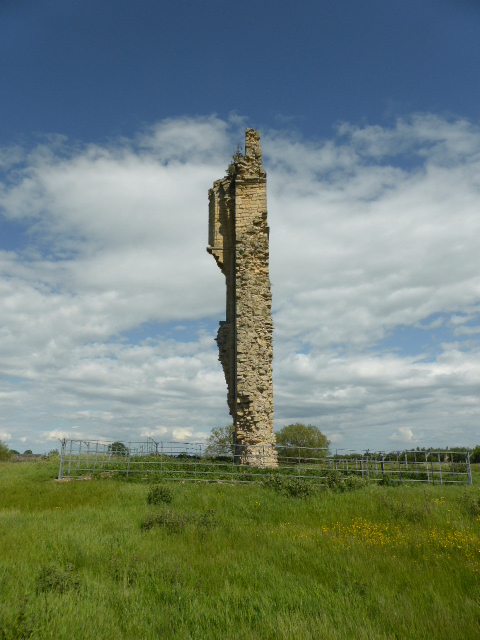 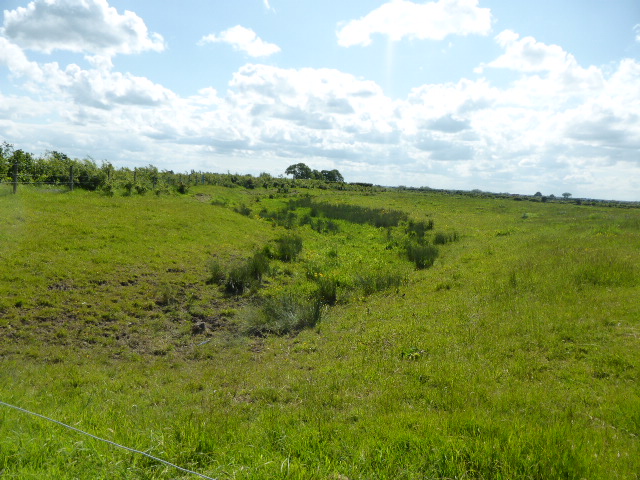 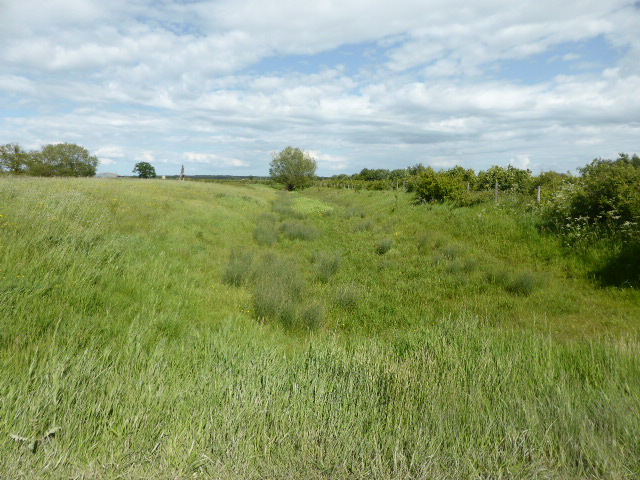 And again, the remnants of another fish pool 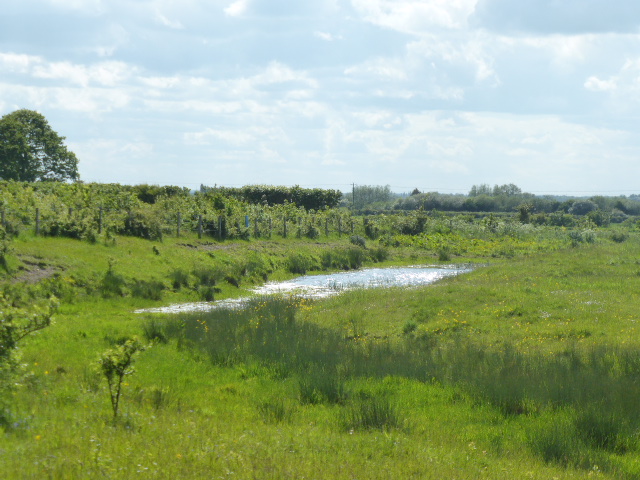 And here, just in water, another fish pool. This would have been a vital source of food 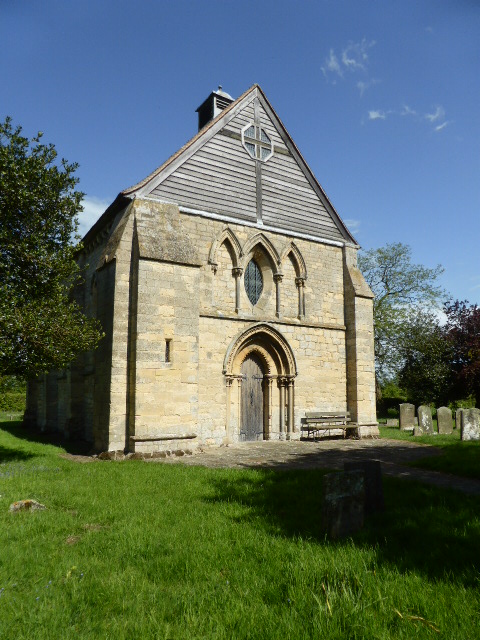 A little further along the lane is the church of St. Leonard.  Part of the Abbey and built in the thirteenth century it is quite exquisite.  I didn't see inside as it was locked but the outside was very interesting. 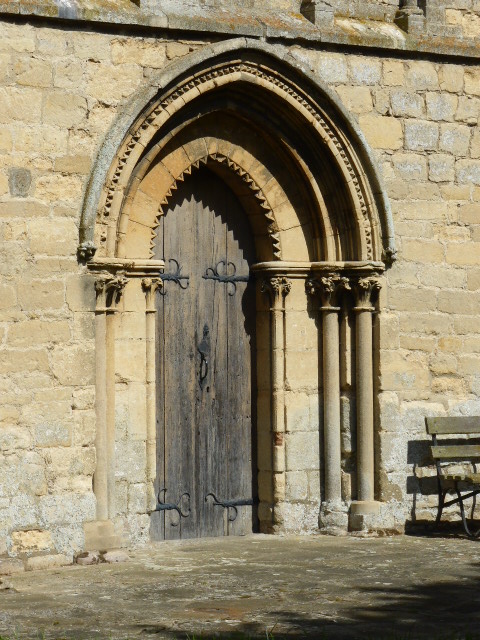 Detail of the main door 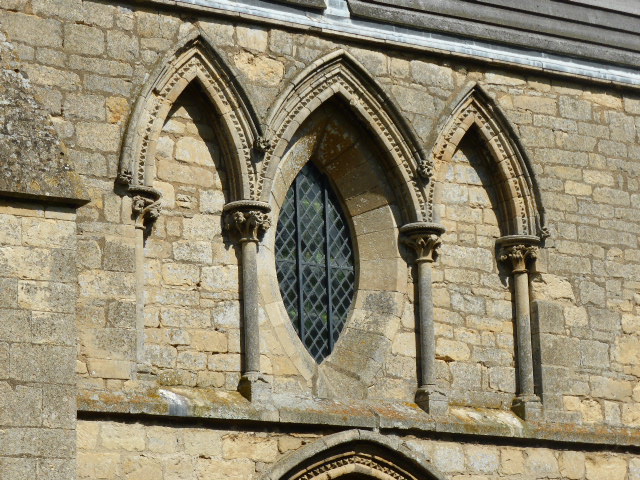 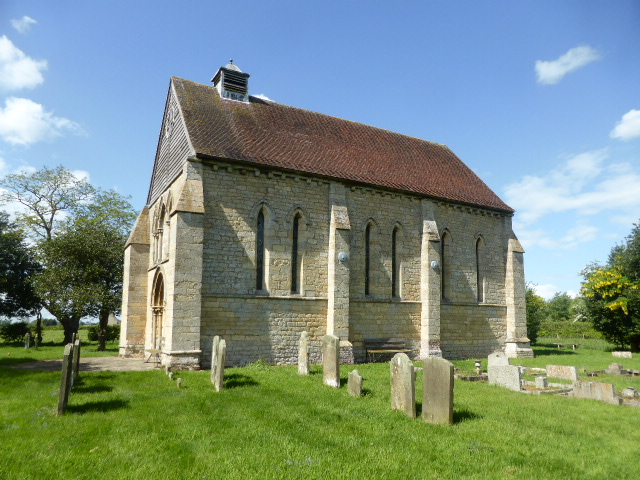 Having returned from walking the boys I got the bike out and peddled up into Woodall Spa. This is an elegant settlement that was founded in 1811 when mineral rich waters were discovered and the fashion of 'taking the waters', allowed the area to become a Spa in the same way the Malvern or Tunbridge Wells or Harrogate had embraced the Regency fashion. 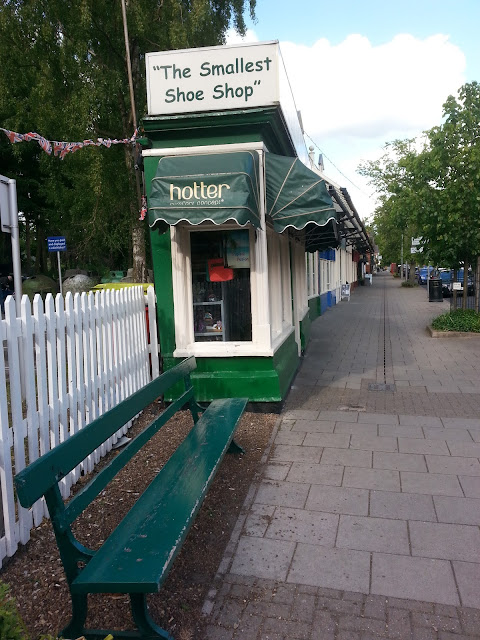 I couldn't resist this, a tiny narrow building, replicated on the other side of the road, advertising itself as 'The smallest Shoe Shop@ 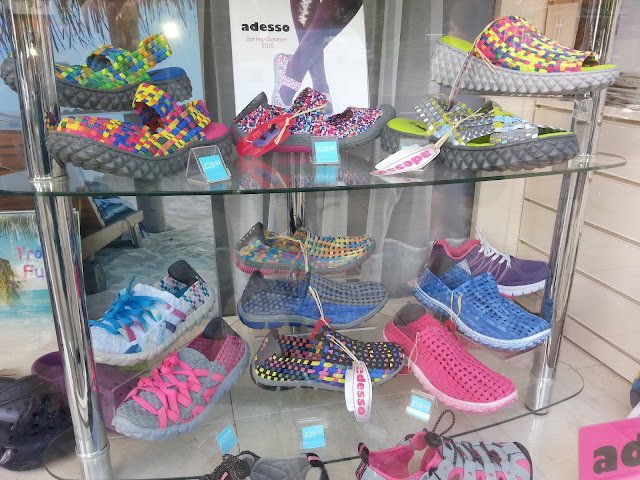 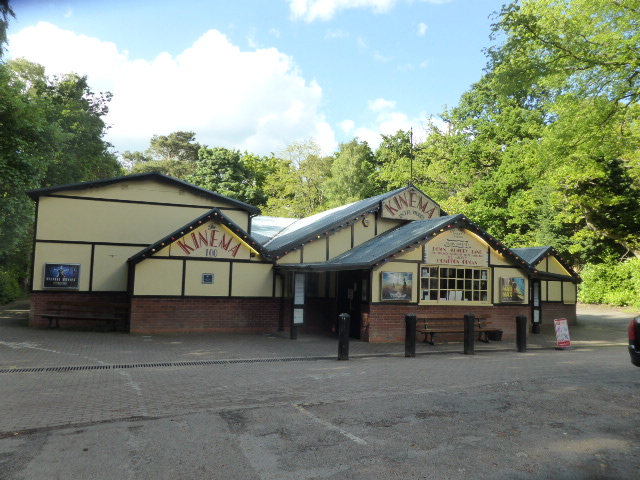 The Kinema, a cinema in the woods built in the 1920's and equipped with a Compton organ. if I had more time I would dearly like to see a film here and soak up the ambiance.