Monday dawned dull and cold. Is this really the end of May?? With last minute things completed in Lincoln we dismantled our connection to shore power and followed Nb. What a Lark, the Wally's, off across the Brayford Pool towards the far corner and the start of the R. Witham Navigation. 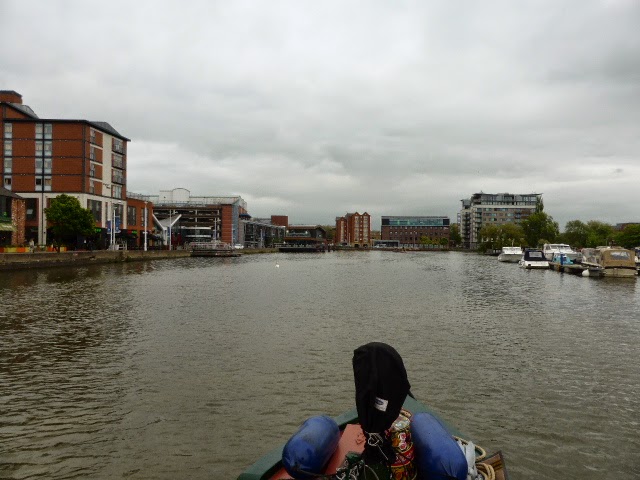 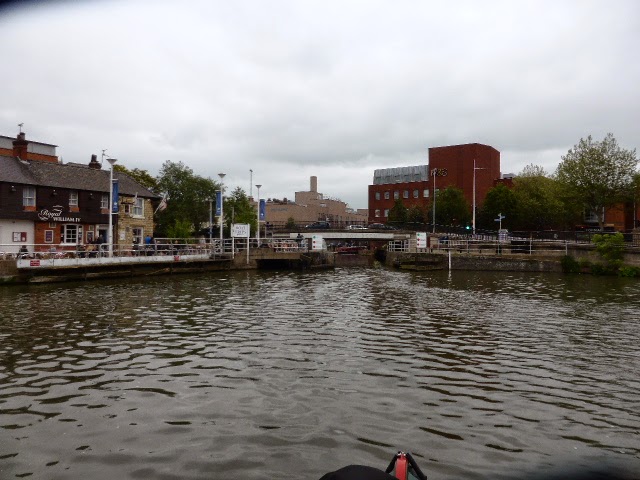 We have a green light to indicate that the river levels are fine, rather than it is clear to proceed through the narrows; as it happened the plastic boat coming the other way had a quick panic when confronted by two steel ditch crawlers coming towards him. 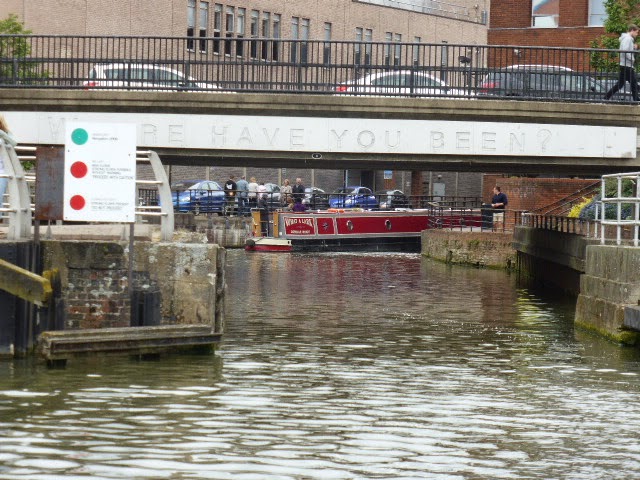 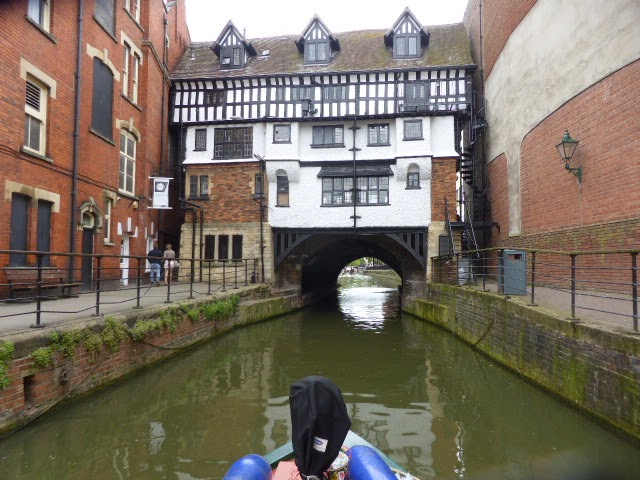 The Glory Hole is created by a bridge that carries the old Roman Ermine Way, now the High Street, with its shops on top across the R. Witham. 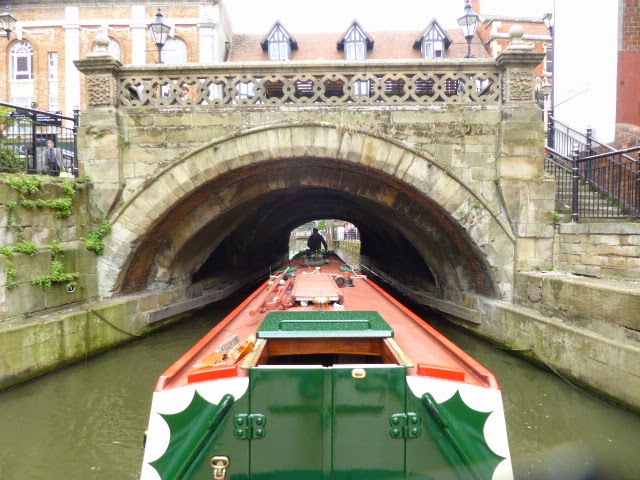 The Glory Hole from the other side 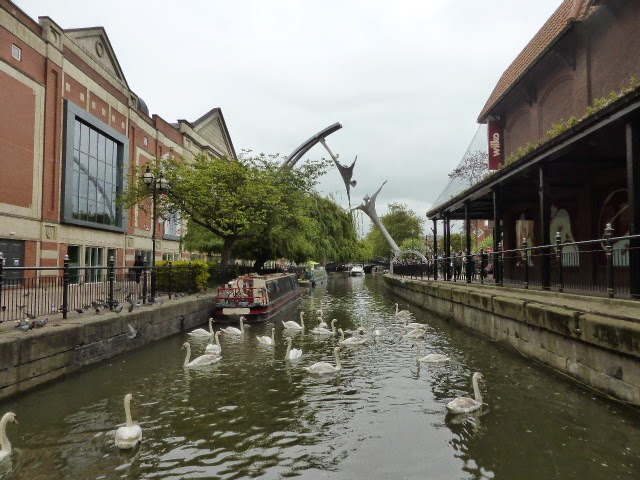 The river now passes between shops, offices,  inns and plazas until it reaches Stamp End Lock 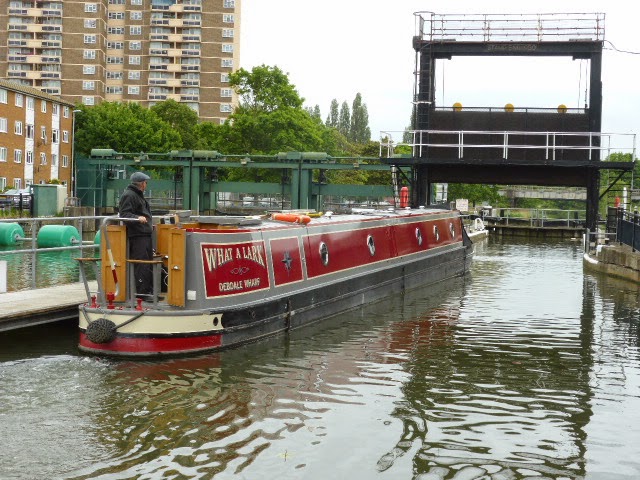 Lisa has prepared the lock for Wal while we hold off.  Concerns about the length of the cill in this lock and the safety of getting a 70' boat through without mishap meant that we were not sharing  the lock. 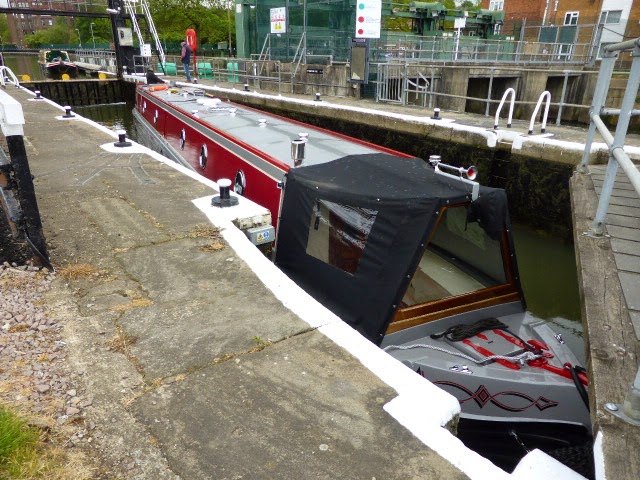 David positions Wal at the diagonal and keeps well forward of the elongated cill.  As it happened there was plenty of depth of water so we could have shared without incident - only when the river levels are low might it cause an issue. 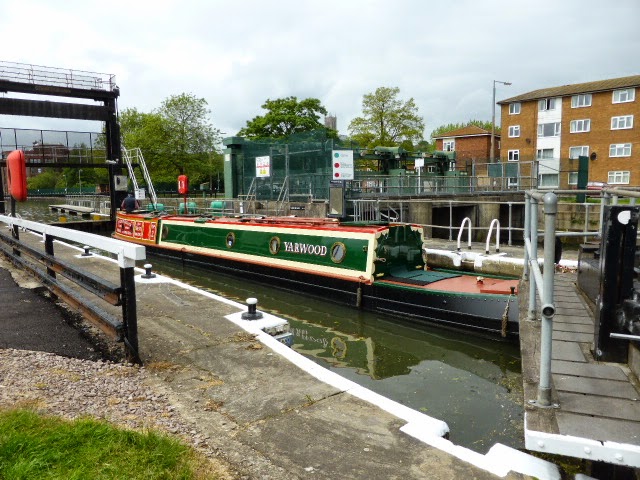 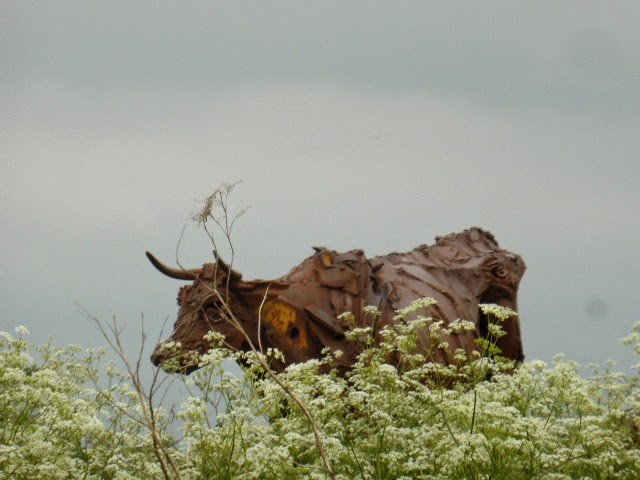 Seen en route, eat your heart out Milton Keynes, the R. Witham has a steel cow!
We reached the extensive pontoon visitor moorings above the next lock at Bardney and moored up rather than drop down. 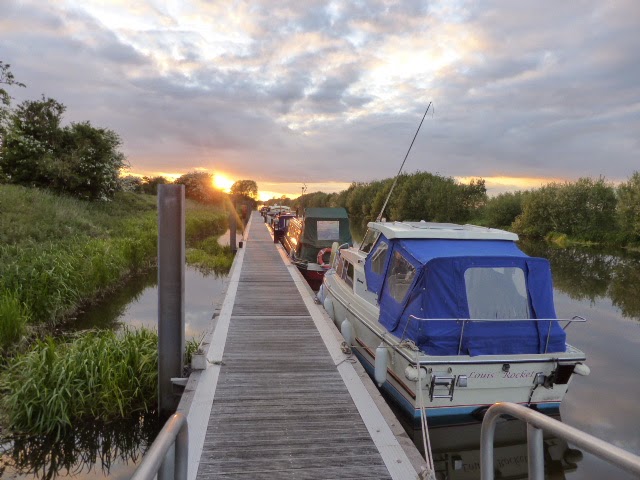 Walking back to the boat with the dogs..plenty of mooring and shore power should you want it. 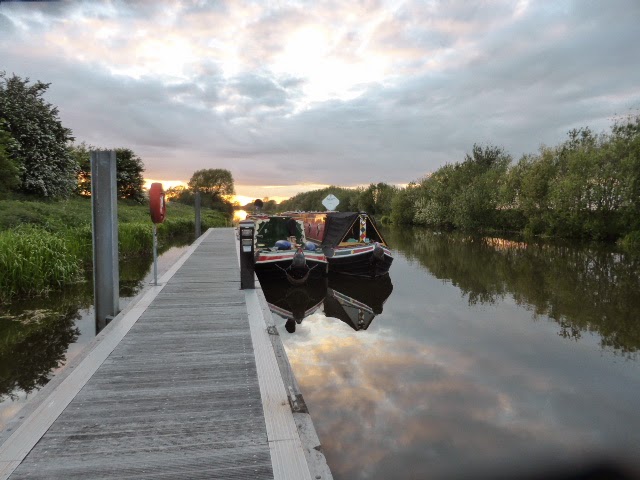 NB. Clarence arrived early evening and breasted up to Yarwood 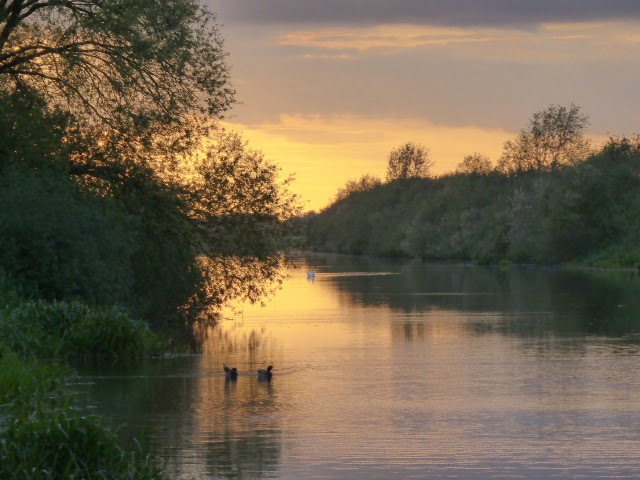 The evening scene...not three bad
Posted by Nb Yarwood at 07:35