No more hanging around now, well until this morning that is when wind and rain stopped play again.  Joe didn't fancy steering a narrowboat in 27mph winds with gusts of 40mph so we wimped out and stayed put on last night's mooring.

Yesterday we had been up bright and early to get into position to meet the crew of Nb. Clarence, Derek and Sheila, who were due to come down the Foxton flight.  They started down at 9.45 and Sheila and I made short work of the ten locks.  After a cuppa and a quick look at the guide we decided to head for Kilby Bridge, stopping at Newton Harcourt for a spot of lunch and a visit to the weed hatch for Derek. 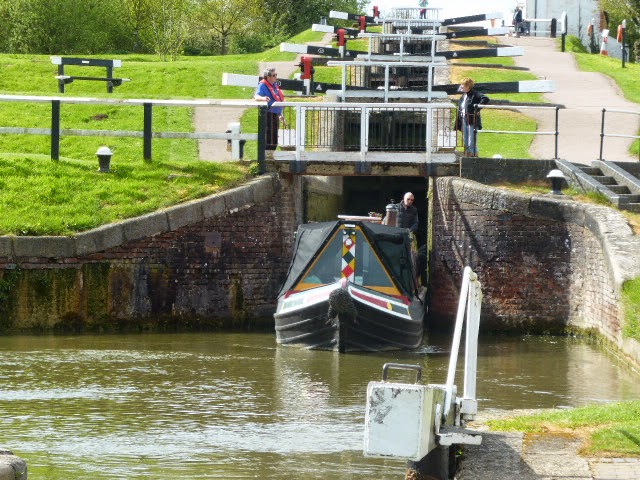 Derek bringing Nb. Clarence out of the fifth lock on the Foxton flight....the one where many boats smack the entrance to lock six.....he didn't. 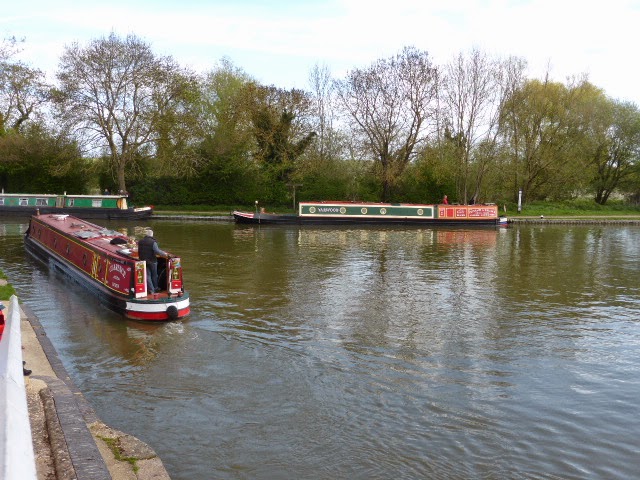 Nb. Clarence making the turn towards Leicester ( Nb Yarwood in the background) after descending the flight and mooring up for refreshment and a 'planning meeting' in Bridge 61 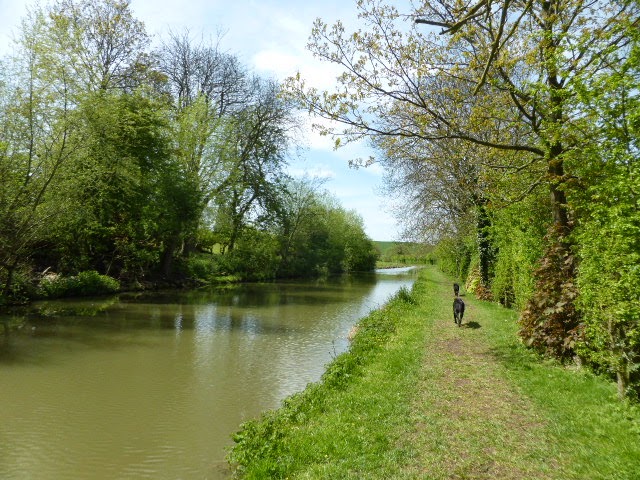 Back to normality, the two dogs and I tramping the towpaths 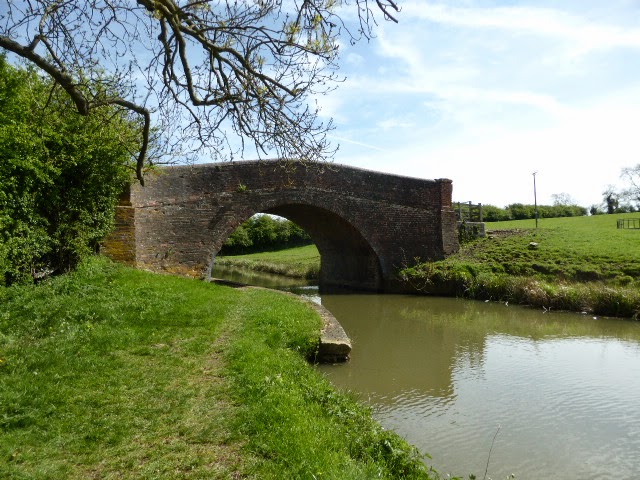 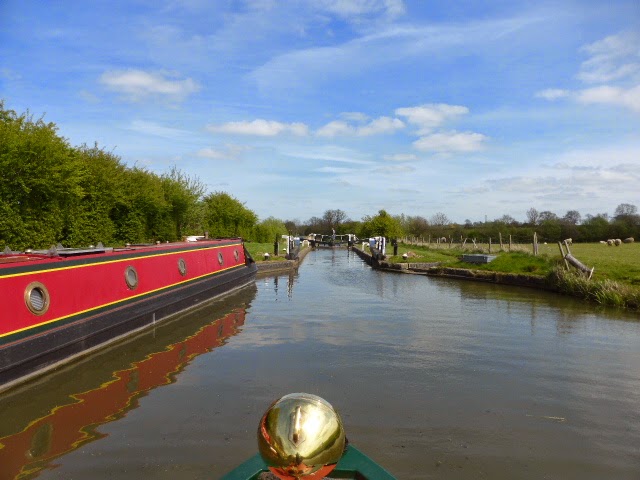 Post Saddington tunnel where the dogs and I rejoined Yarwood for the trip through and we approach our eleventh lock of what would be twenty-two lock day. 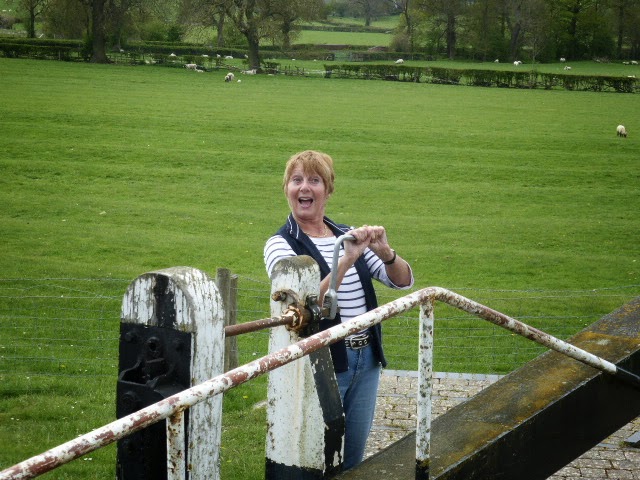 Sheila my loony lock buddy of the day 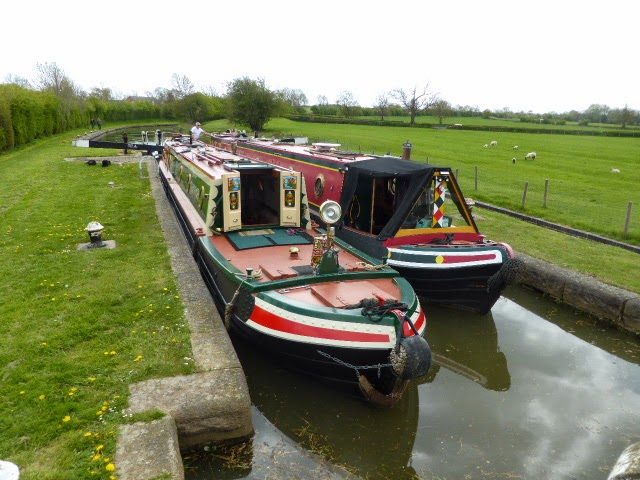 Narrowboats Yarwood and Clarence
We arrived at Kilby Bridge at 6.30pm, knackered but satisfied with a good day's cruising.  Every lock had been against us and a number of gates left open and when we got to Kilby there was only one mooring left.   After a lovely HOT showers we found ourselves in The Navigation where conversation was primarily politics and the men downed pints of Pedigree and the ladies sampled the mothers ruin. Dinner was a packet of crisps.
Posted by Nb Yarwood at 17:37