One stop north on the rail line from Saxilby is Gainsborough, a town on the R. Trent and once, as with many others, an important inland port.  Now the river traffic has ceased and the wharves gone but on the edge of town is one of the best preserved medieval manor houses in the UK. On Thursday David of Nb.What a Lark went off to London to see the cricket at Lords and Lisa and I jumped on the train to Gainsborough.  We walked up through the town from the rail station and located Old Gainsborough Hall.   The great manor house was built in 1460 or thereabouts and replaced a smaller house just to the north at Ingeby.  Sir Thomas Bough (pronounced bruff) had the place built and the Brough family managed to hold on to it until 1596 when it was sold to a non-conformist London merchant by the name of Hickman. 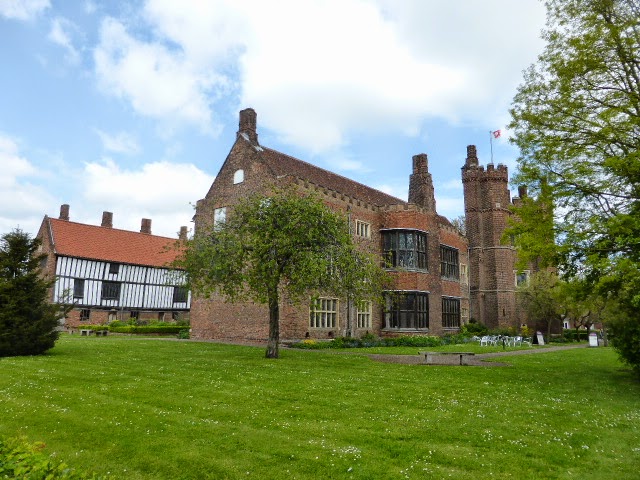 The brick wing in the foreground was family accommodation together with the great hall that links the wing to the rear.  The 'wing' at the rear primarily comprises servants quarters, kitchen, pantry's and the like. 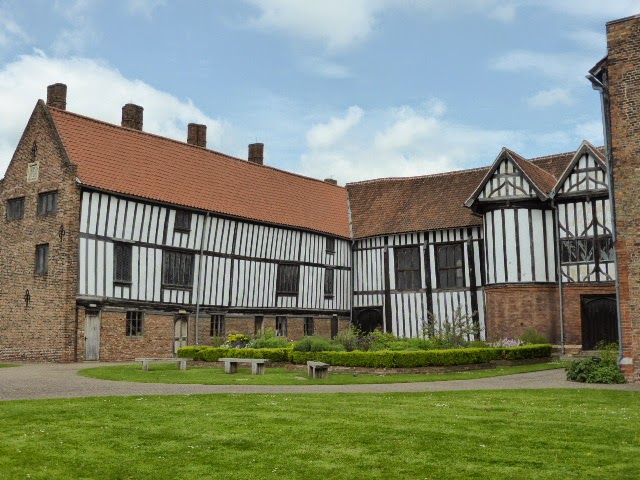 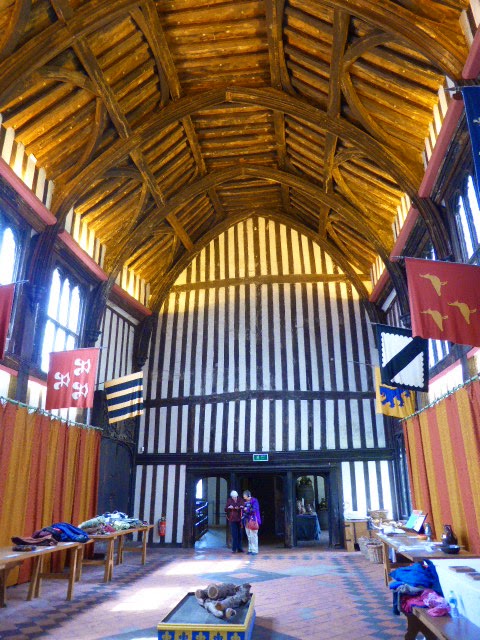 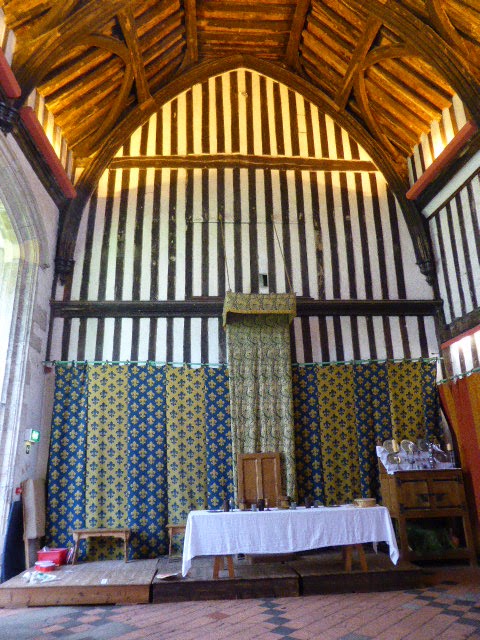 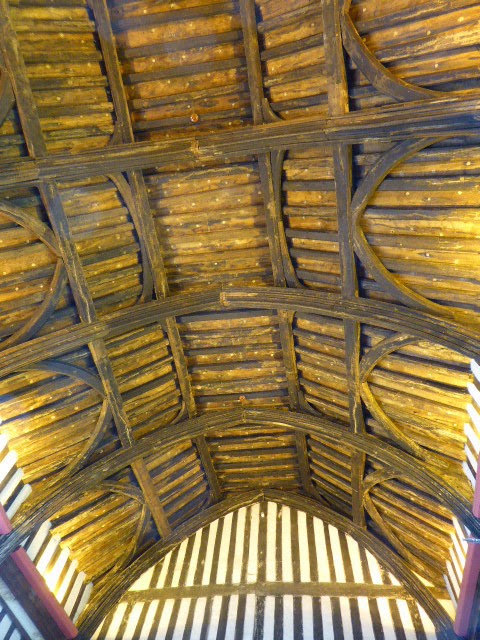 Ceiling detail of the great hall 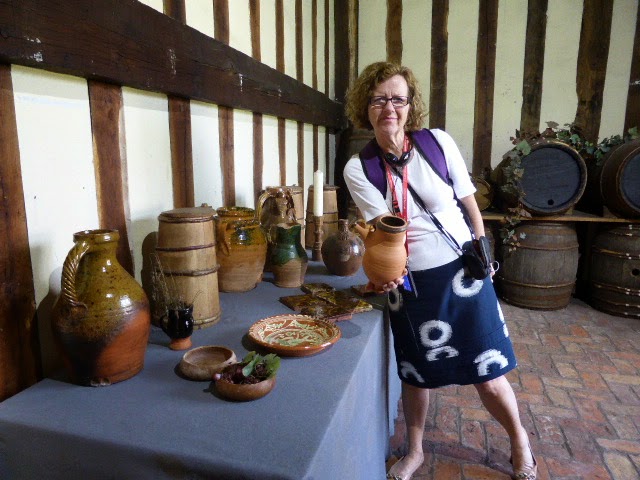 Lisa in the Buttery...not where butter is produced but rather where the butts of beer and ale and wine are kept for serving in the great hall, having been brought up from the cellars and where the butt...ler  has them under lock and key 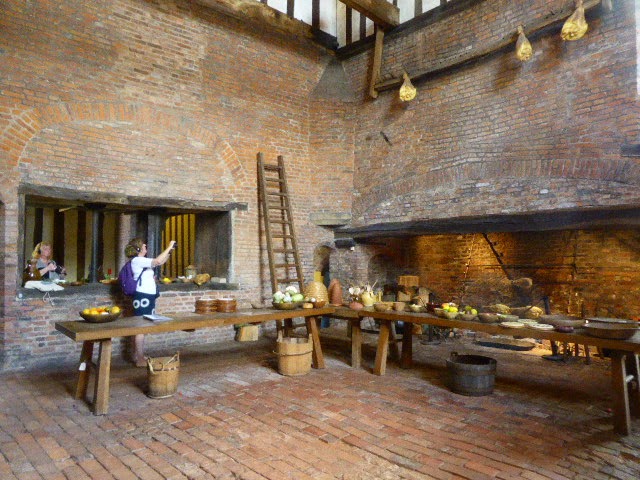 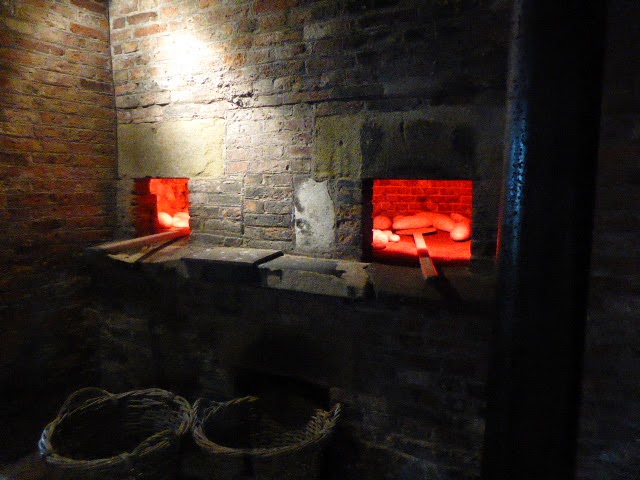 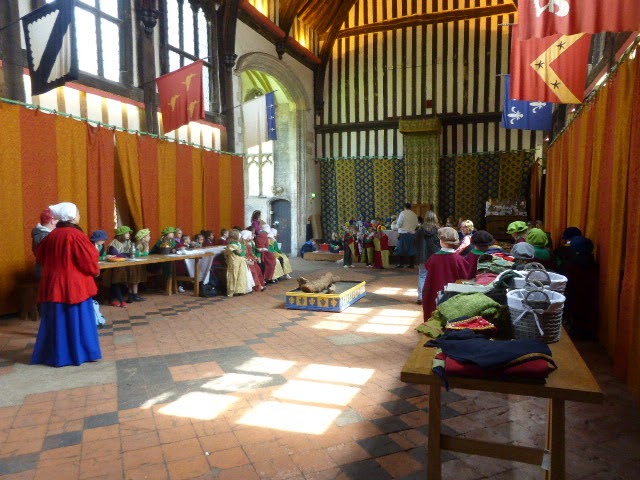 Back in the Great Hall after our tour of this fascinating building and there was a class of little people from a school near Boston dressed in historic custom playing lord of the manor and having a grand old time.  Richard III and Henry VIII who had visited this Hall in its heyday might have recognised some of the antics that these children were enacting... 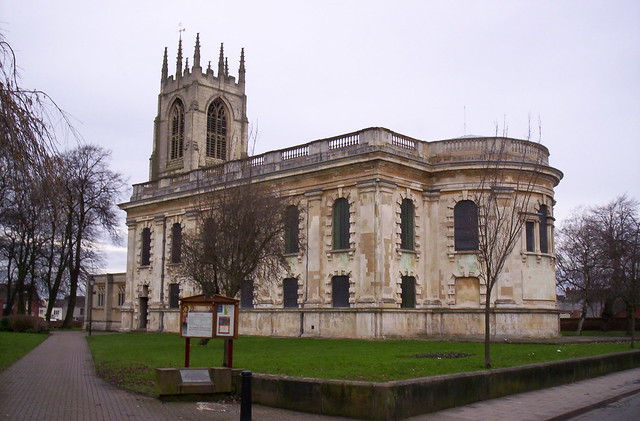 Across the road from the Old Gainsborough Hall is the church of All Saints.  The former medieval church had fallen into disrepair so was rebuilt in 1748 keeping the medieval tower but adding a classical revivalist nave. 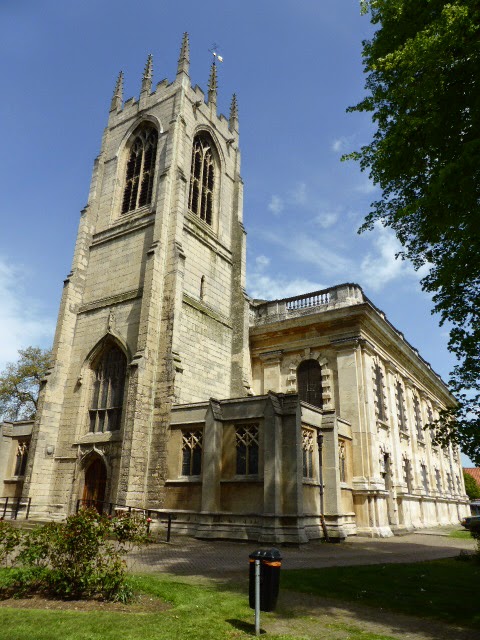 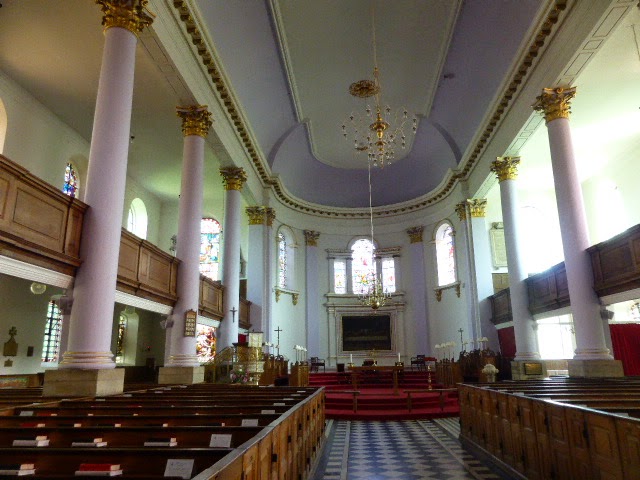 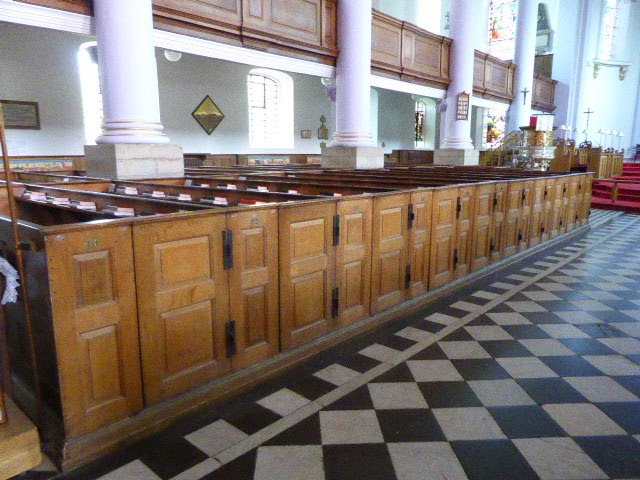 Box pews
With our visit to the Old Hall done we wandered back through the rather sorry and tired town, had lunch at 'Spoons and walked back along the river walk spotting a large length of narrowboat friendly pontoon mooring. Note to self: that this might be useful for a future foray along the Trent! 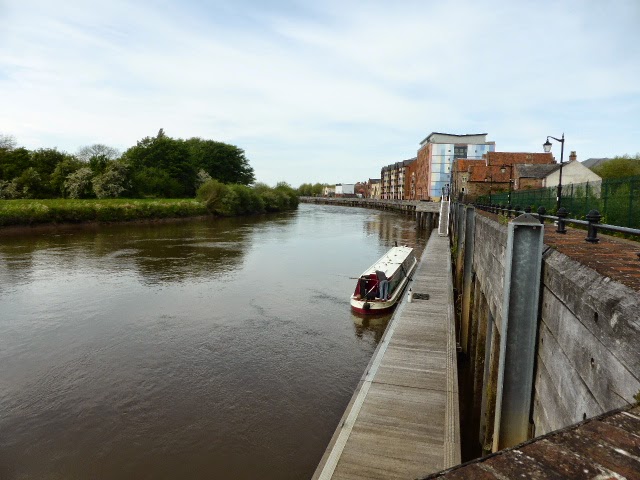