A night out and on to Sutton Stop

Having arrived at Brinklow Marina yesterday afternoon and got ourselves moored up behind Nb. Clarence and  'connnected' to shore power and then Derek joined us aboard Yarwood for tea and cake and a chat about the River Nene, Middle Levels and the Great Ouse river and its tributaries.  Derek and Sheila are planning to spend three months exploring the Fenland waterways this summer and I am sure they will have a  lovely time.  We have made two visits in the last five years, the last visit perhaps a little more extended than planned due to silting and flooding, but we will go back again in a a couple of years time. 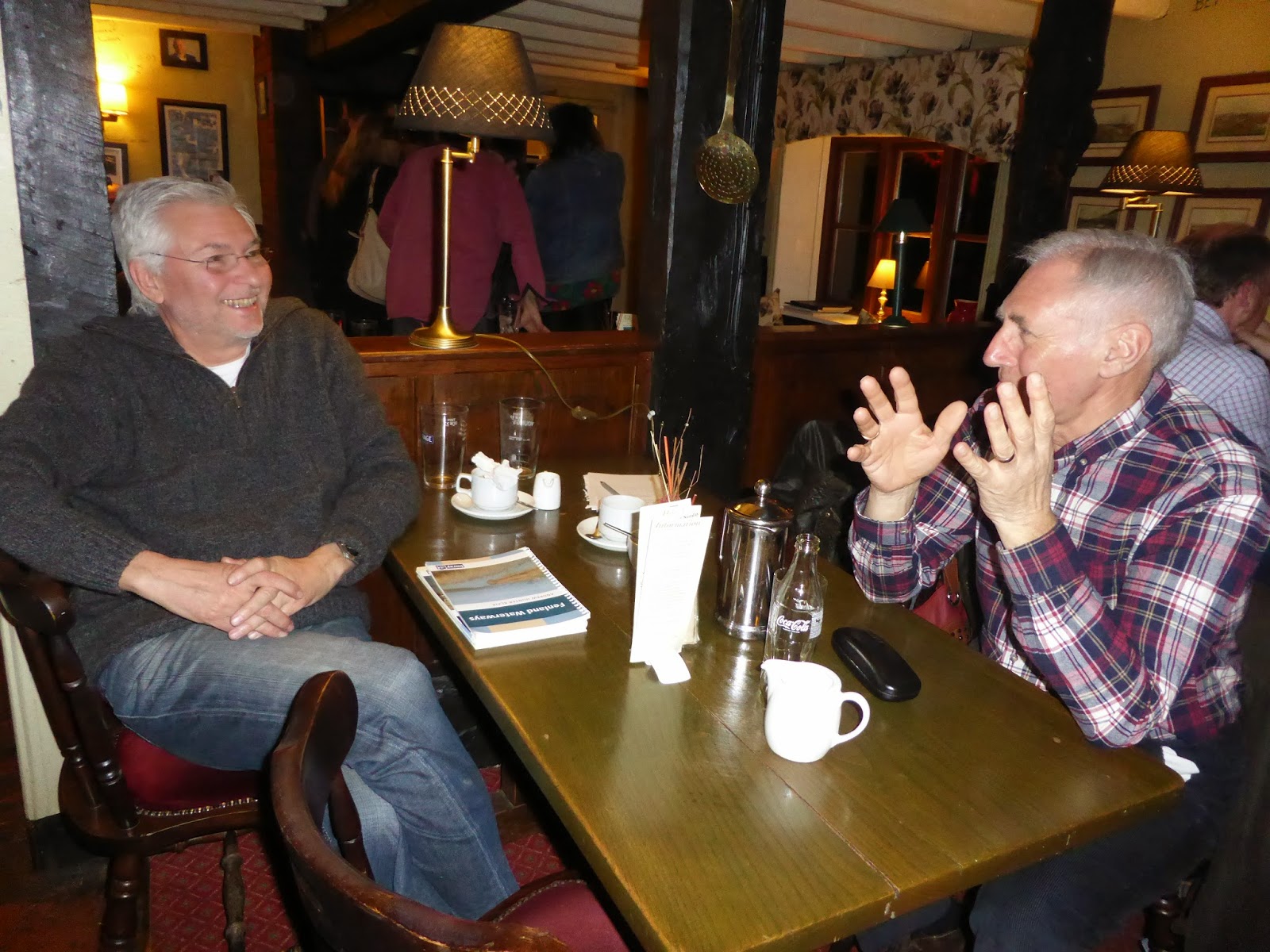 Derek and Joe in post dinner form
In the evening we went out for dinner at The Golden Lion at Easenhall and continued catching up with each others news.

Come the mooring it was time to move off again but we delayed our departure to allow the thick mist to clear a bit. 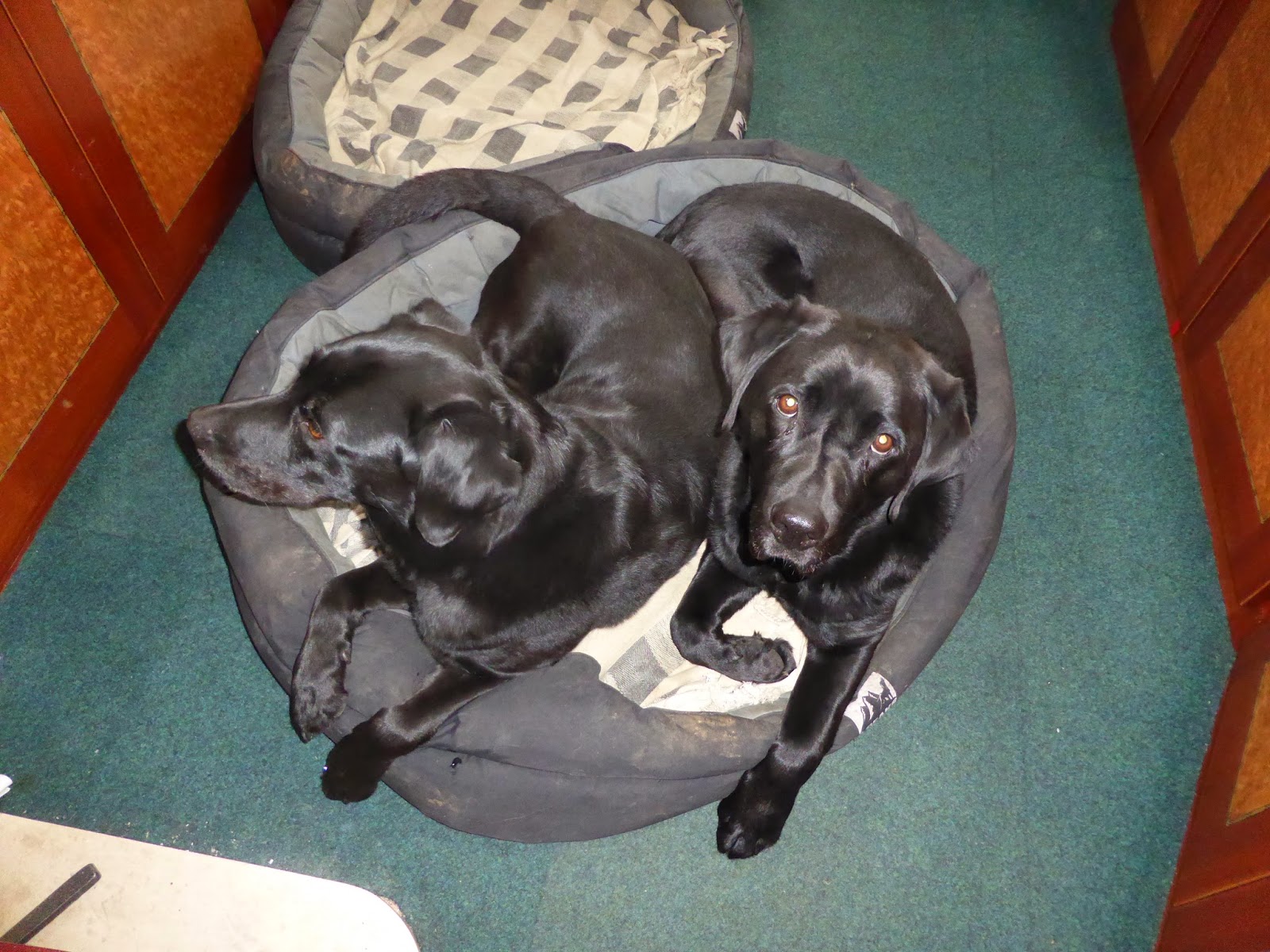 The boys decided out of the blue to share a bed, not something that Fletcher will normally tolerate; perhaps there was food in the offing that distracted him from evicting Floyd... 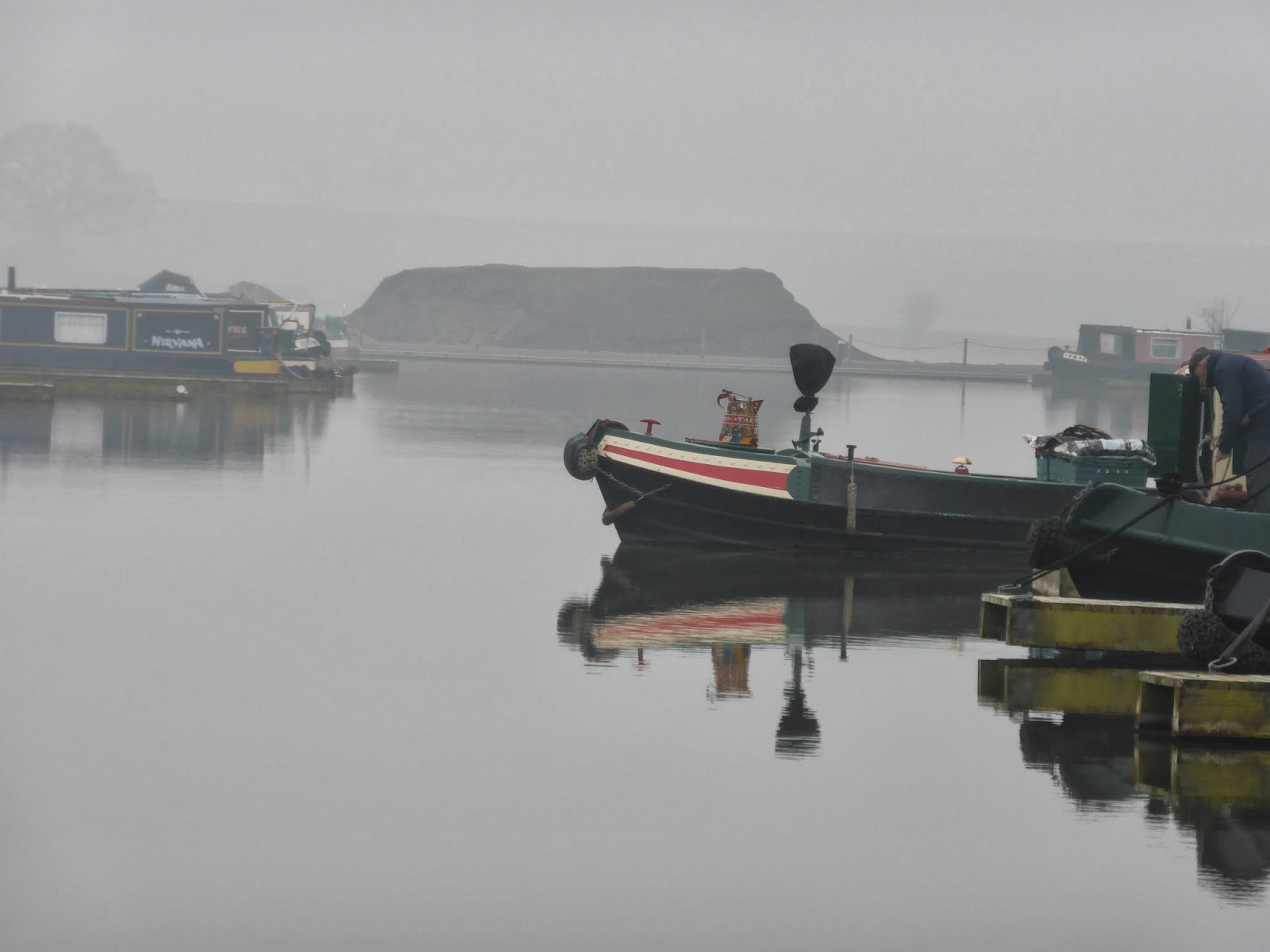 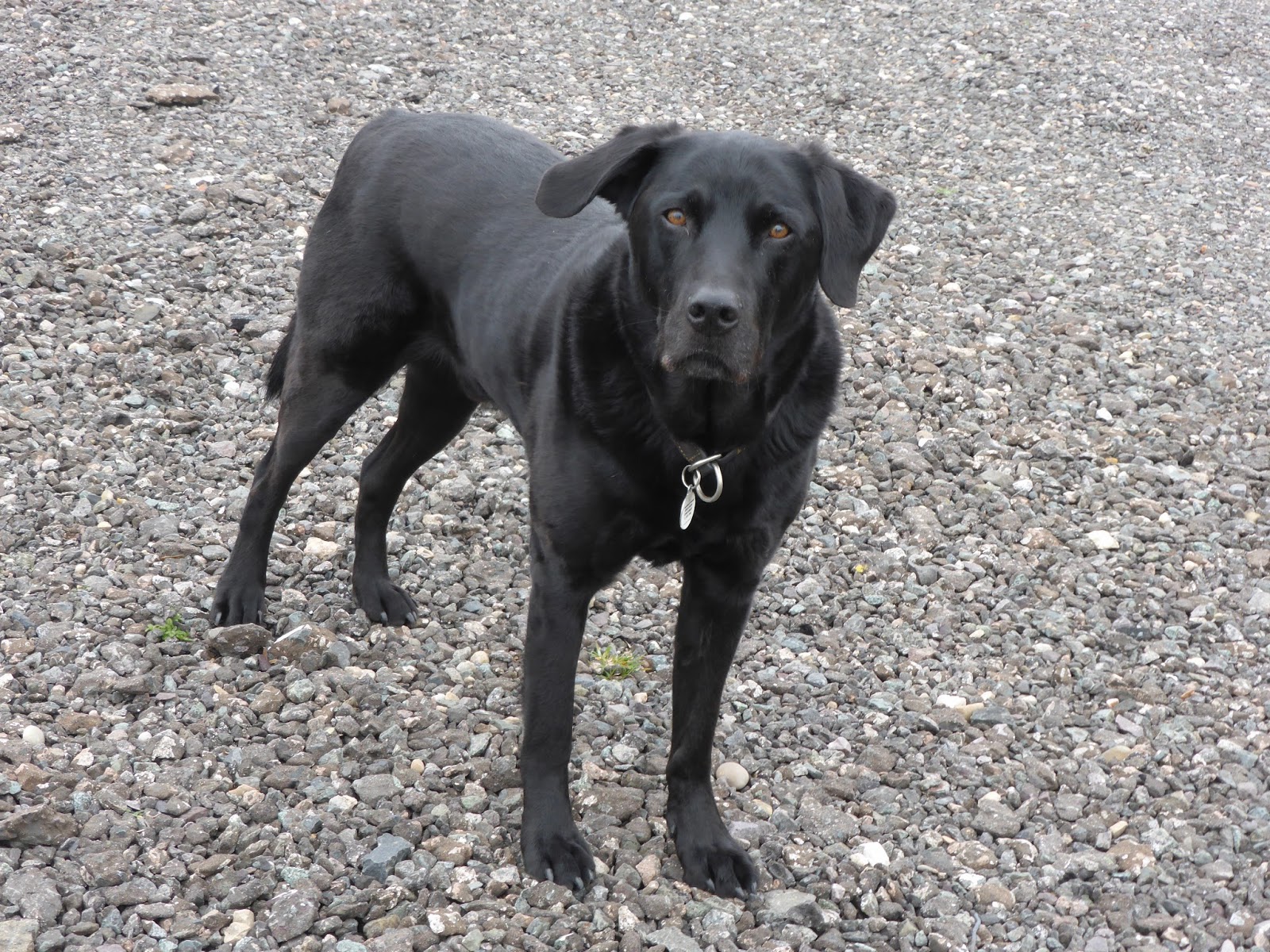 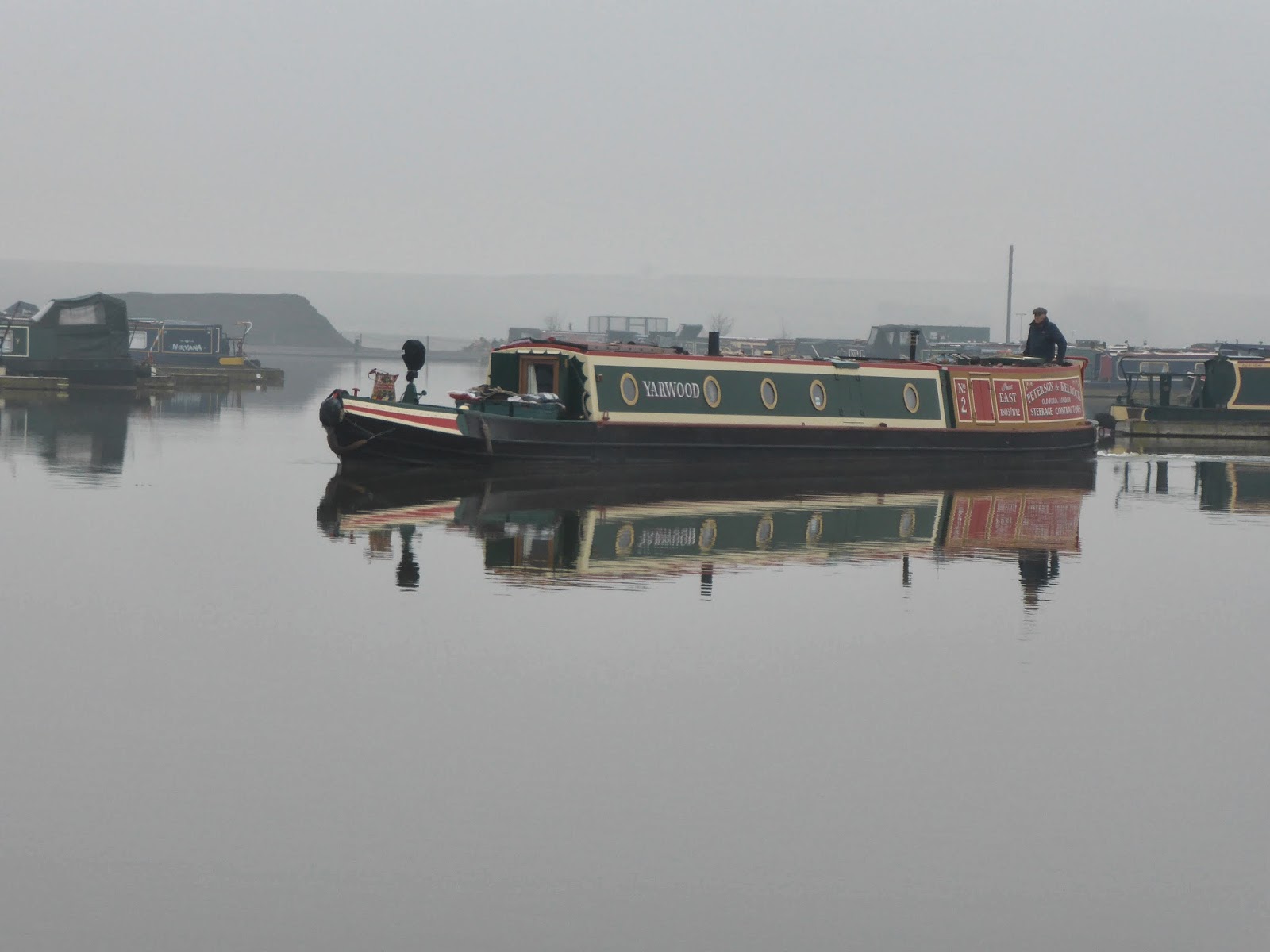 And here he comes 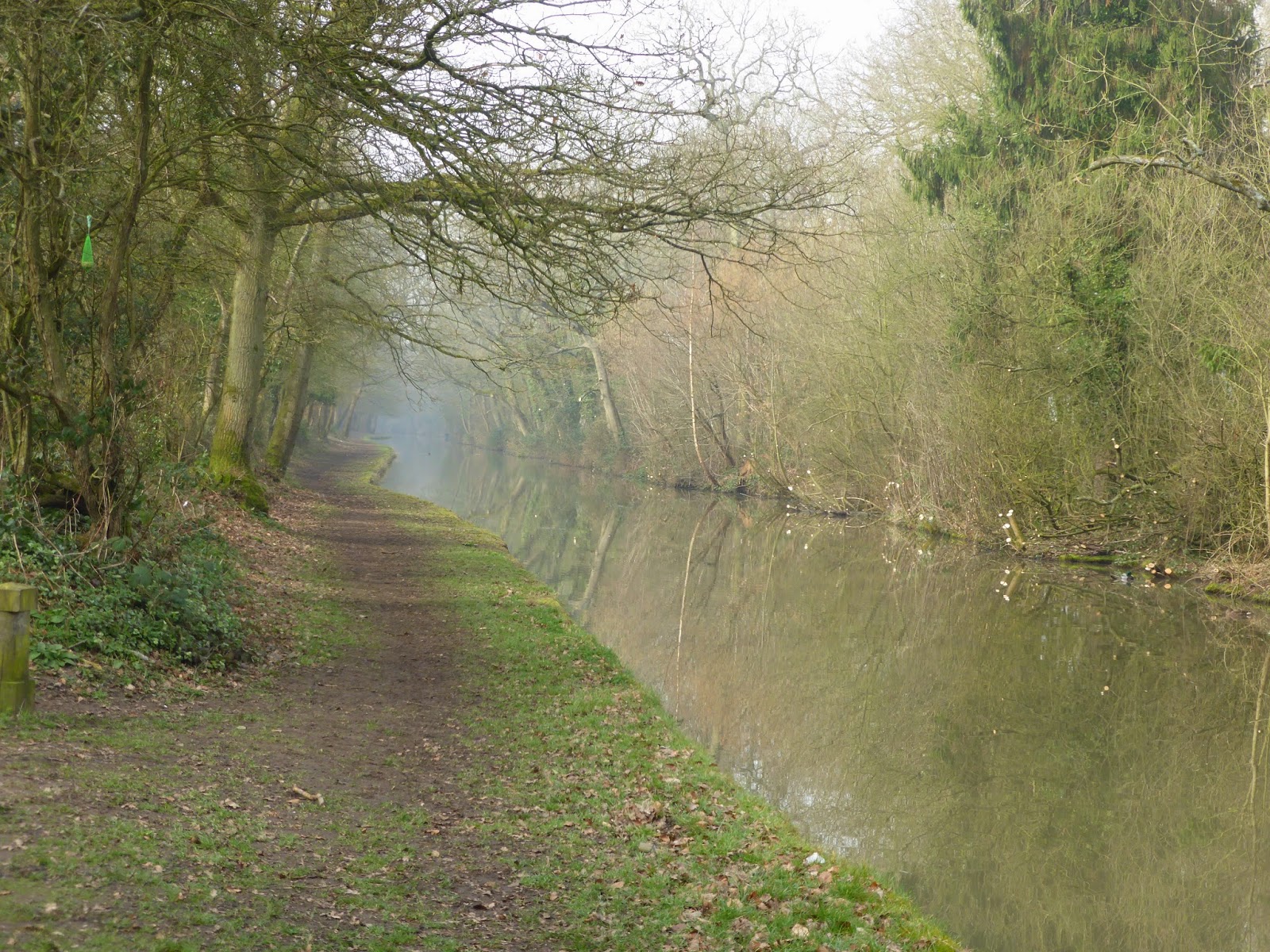 The North Oxford Canal cuts through All Oaks Wood 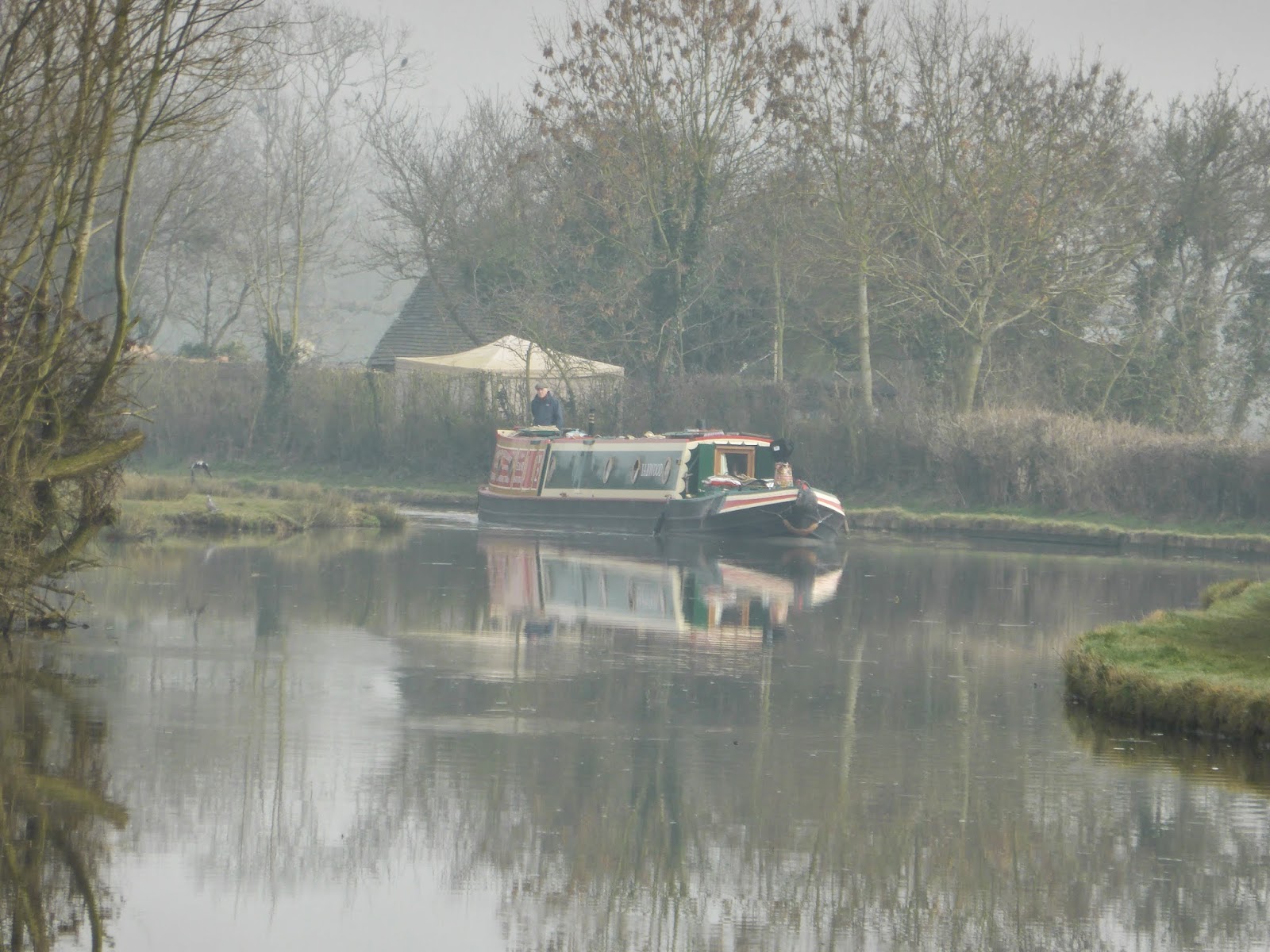 Yarwood emerging out of the mist 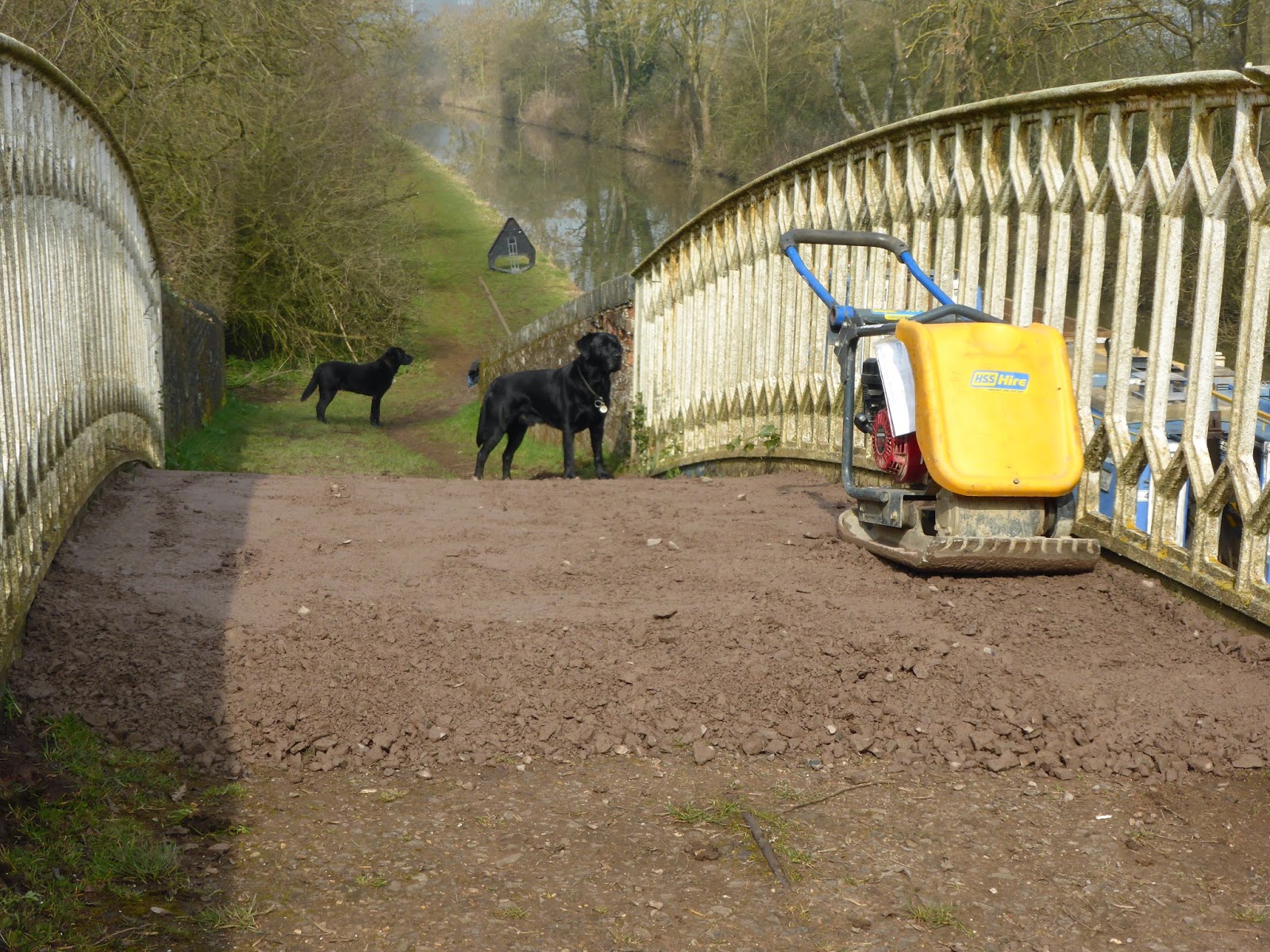 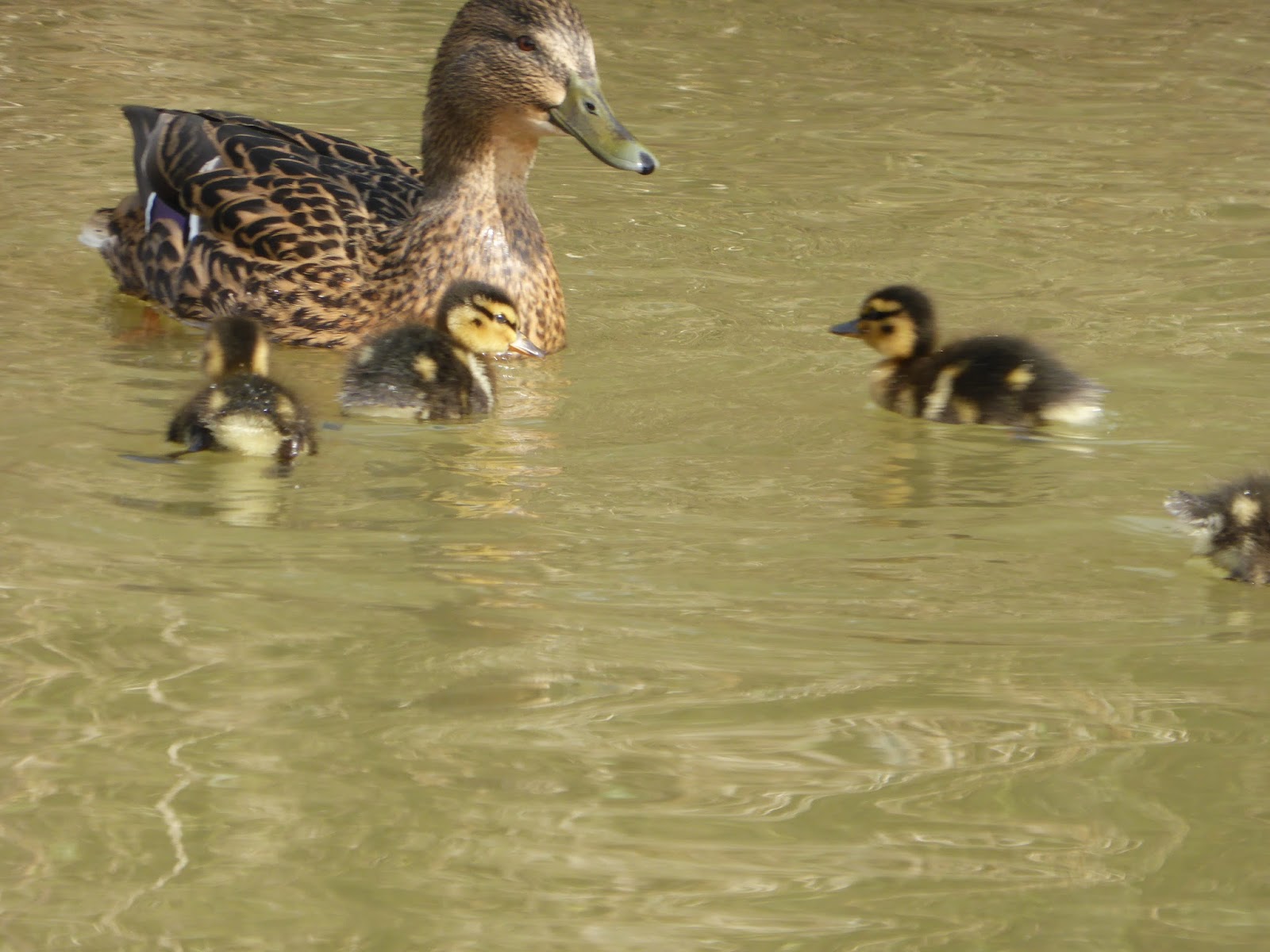 My first sighting this year of ducklings...there was a brood of eleven! 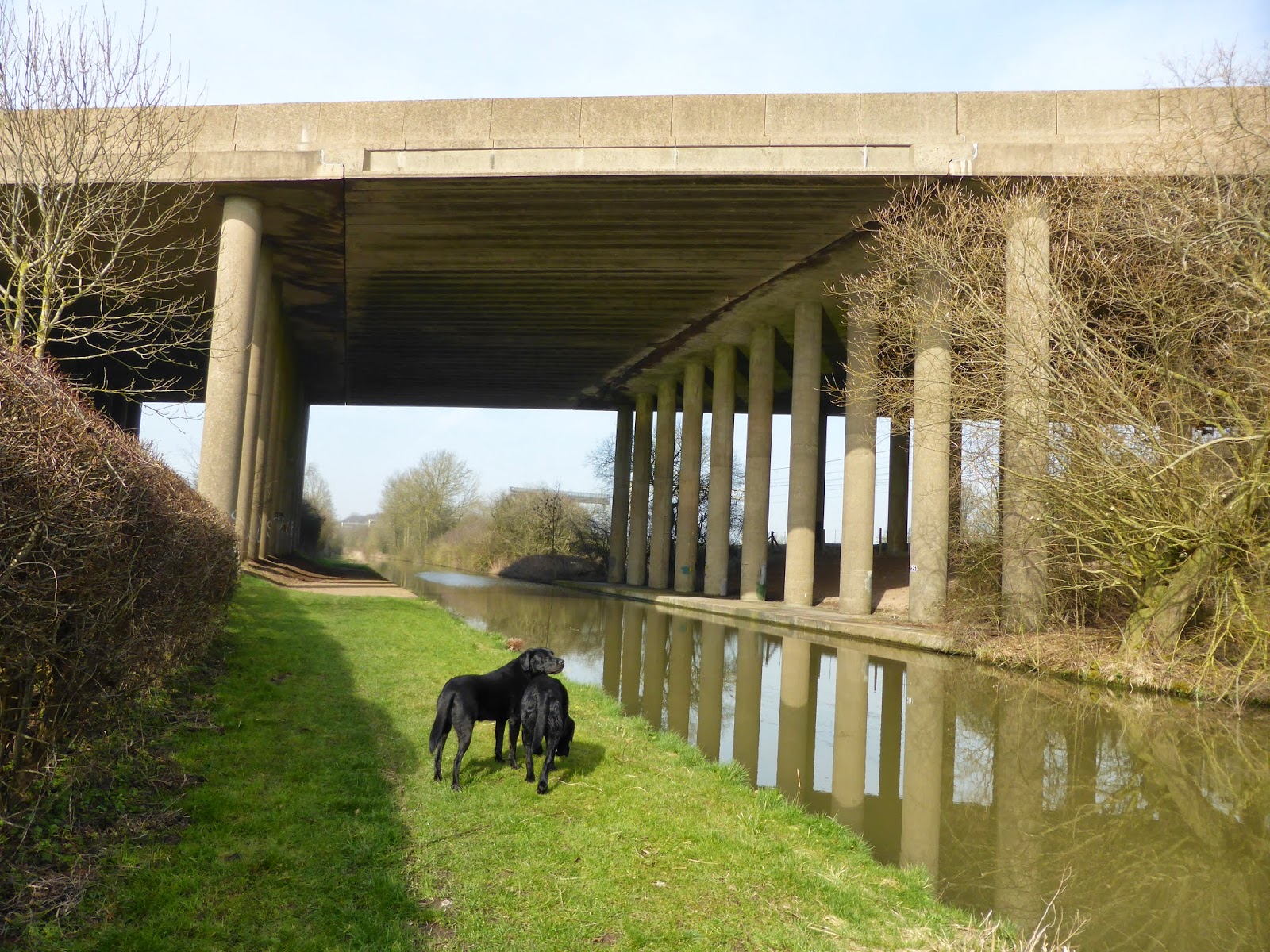 M6 Motorway bridge over the N. Oxford canal and by now the mist had been burnt off 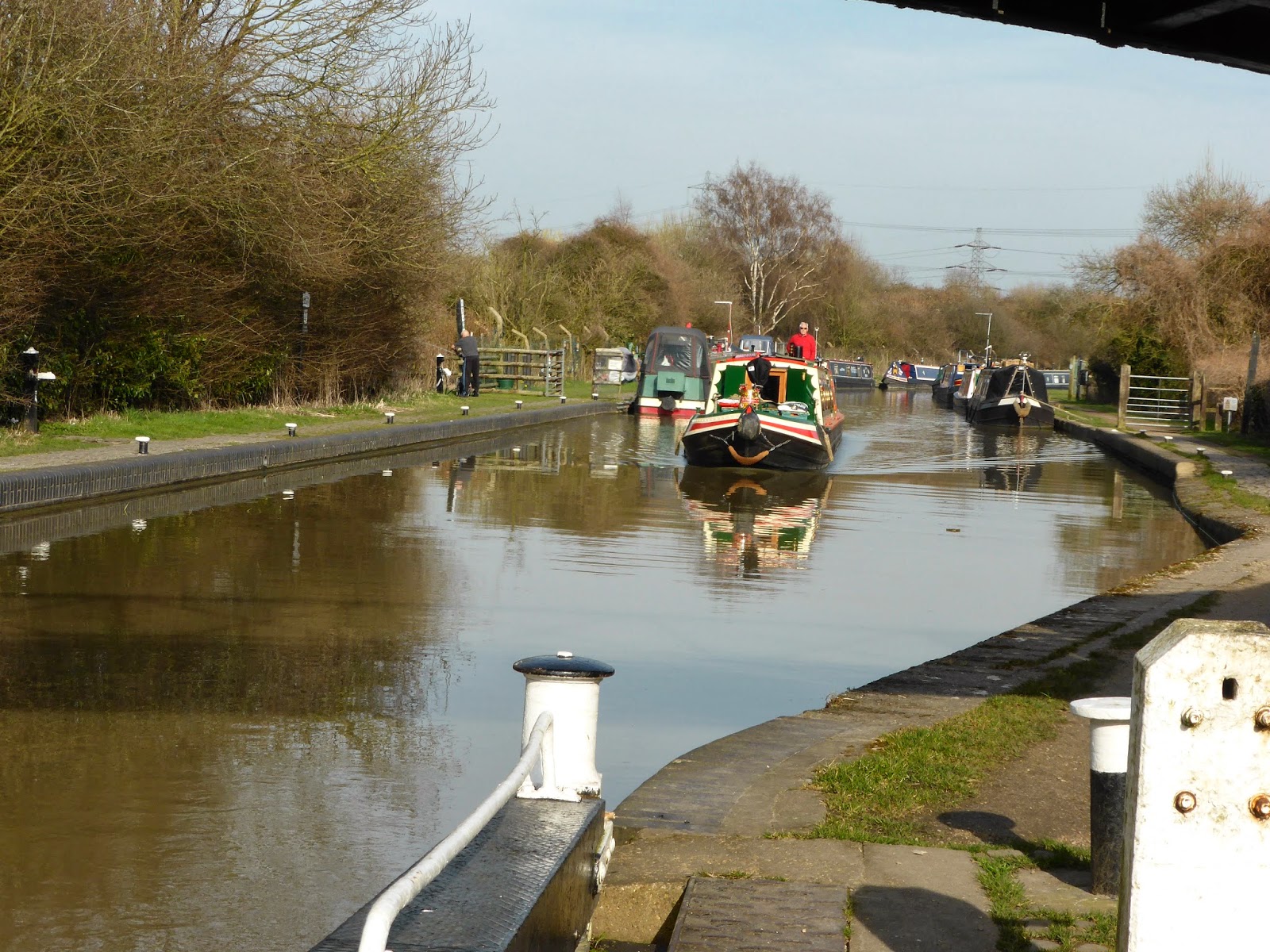 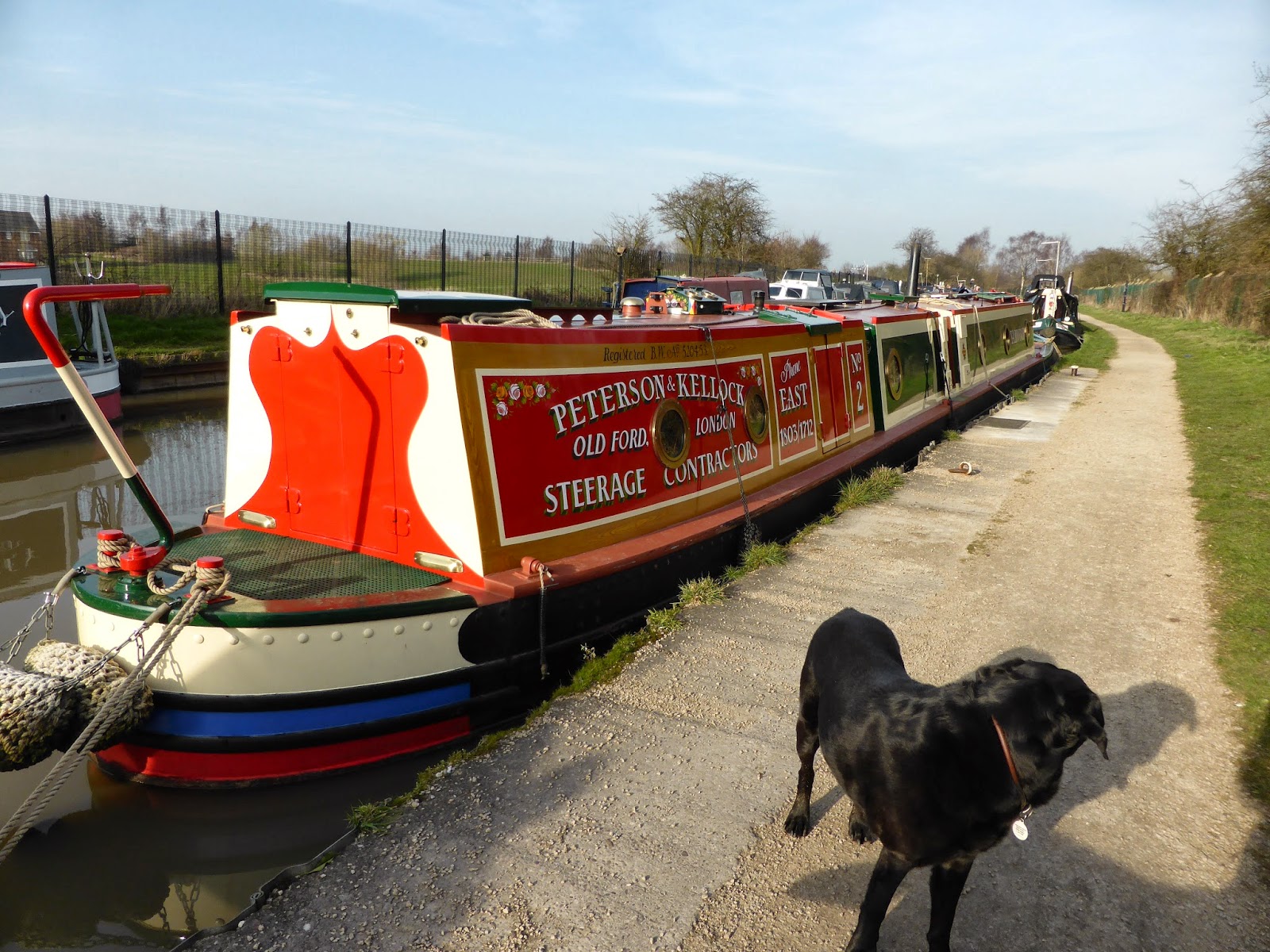 We managed to get into the last available mooring north of the junction at Hawkesbury (Sutton Stop) and took ourselves and dogs off to the Greyhound for a pint and a packet of pork scratchings, which was much appreciated after best part of a ten mile walk.

As we came out of The Greyhound I recognised the rear end of this boat going through the stop lock, butty Echoes.   And in front was motorboat Comfortably Numb , fellow bloggers. 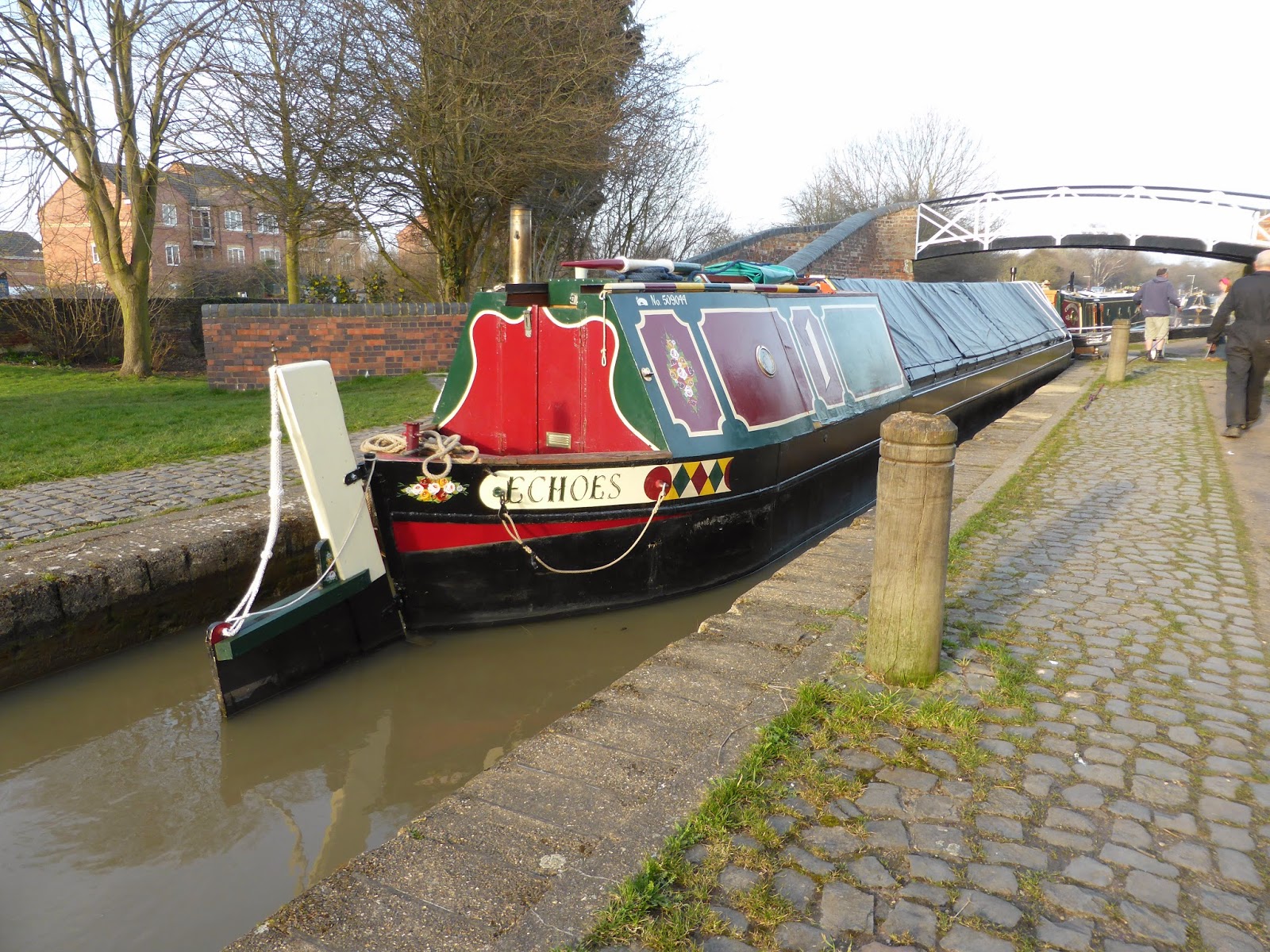 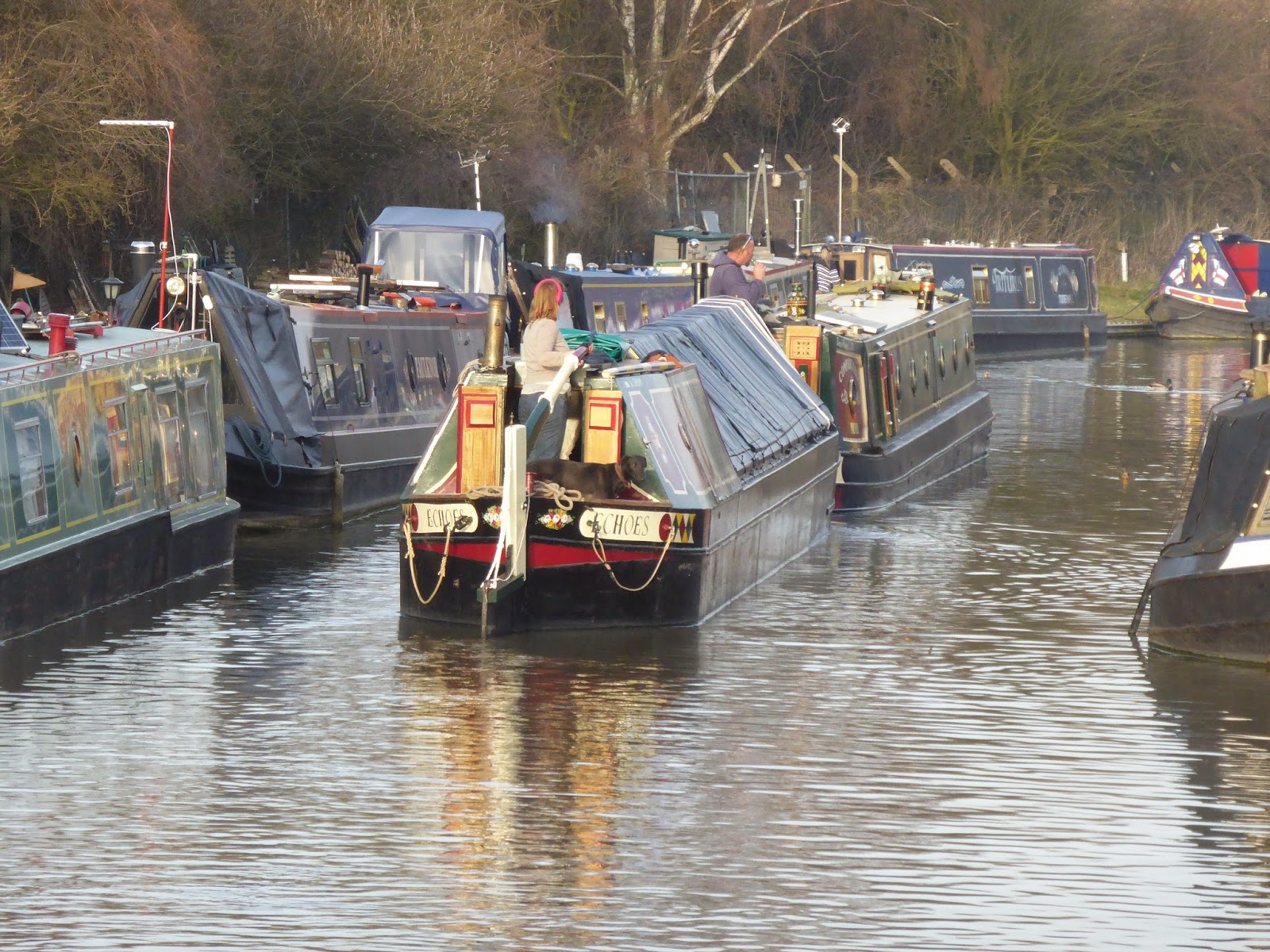 And there they go, cross strapped,  down the Oxford Canal  having just come up from Coventry 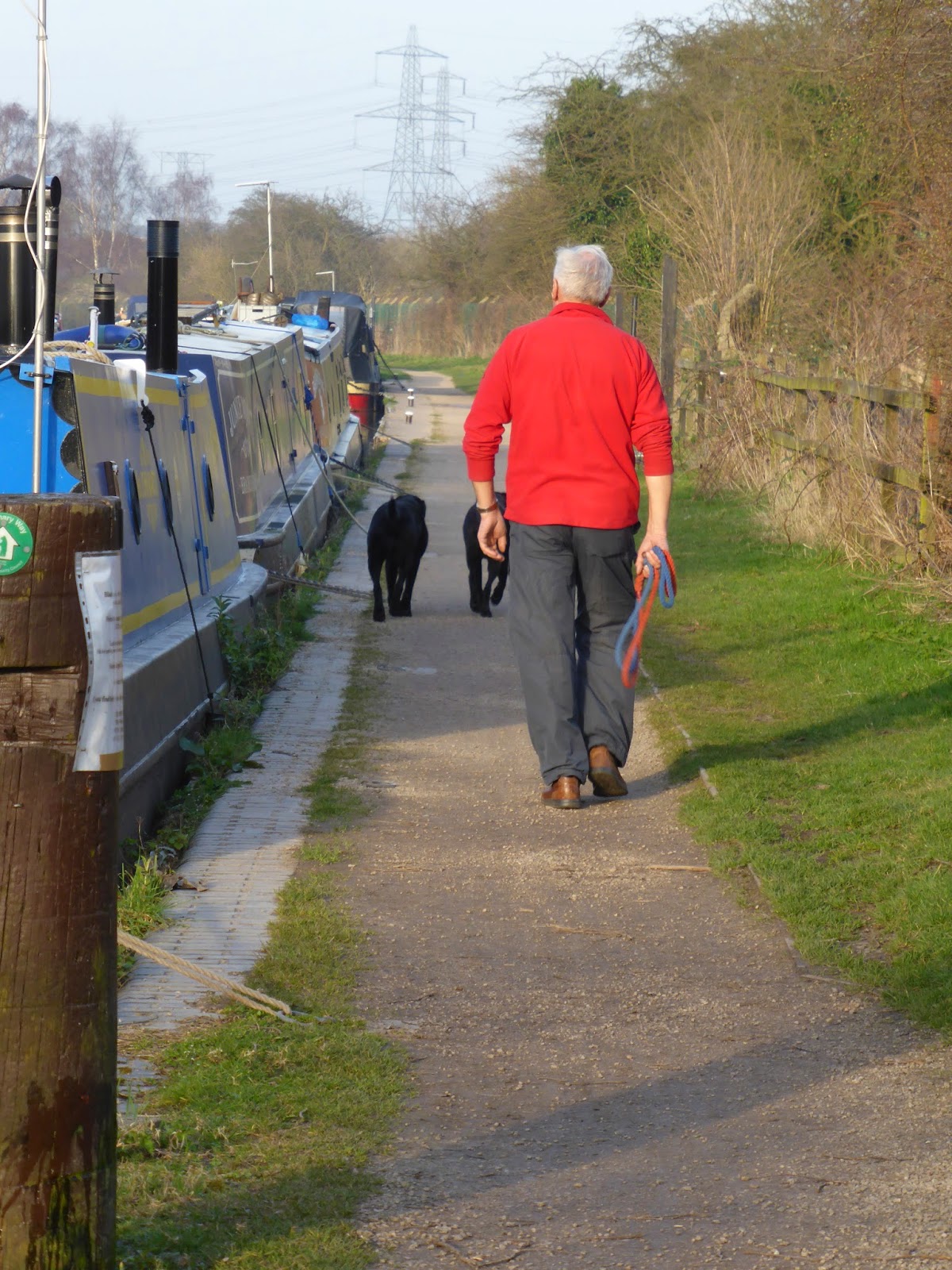