After two days cruising, Monday and Tuesday, today was time for a rest from all this tearing about...

Leaving Joe to deal with a few boaty chores I set off on a circular walk, along the towpath to the Hemploe Hills, which is part of the Jurassic long distance footpath, up through the woods on to ridge and along the top to Welford village and back to the boat via the Welford Arm; three hours walking, 20mins in Wharf Inn refreshing the dogs with mini Cheddar's - no pork scratchings to be had - and me forced to drink a pint of Pedigree just to keep them company; the stress. 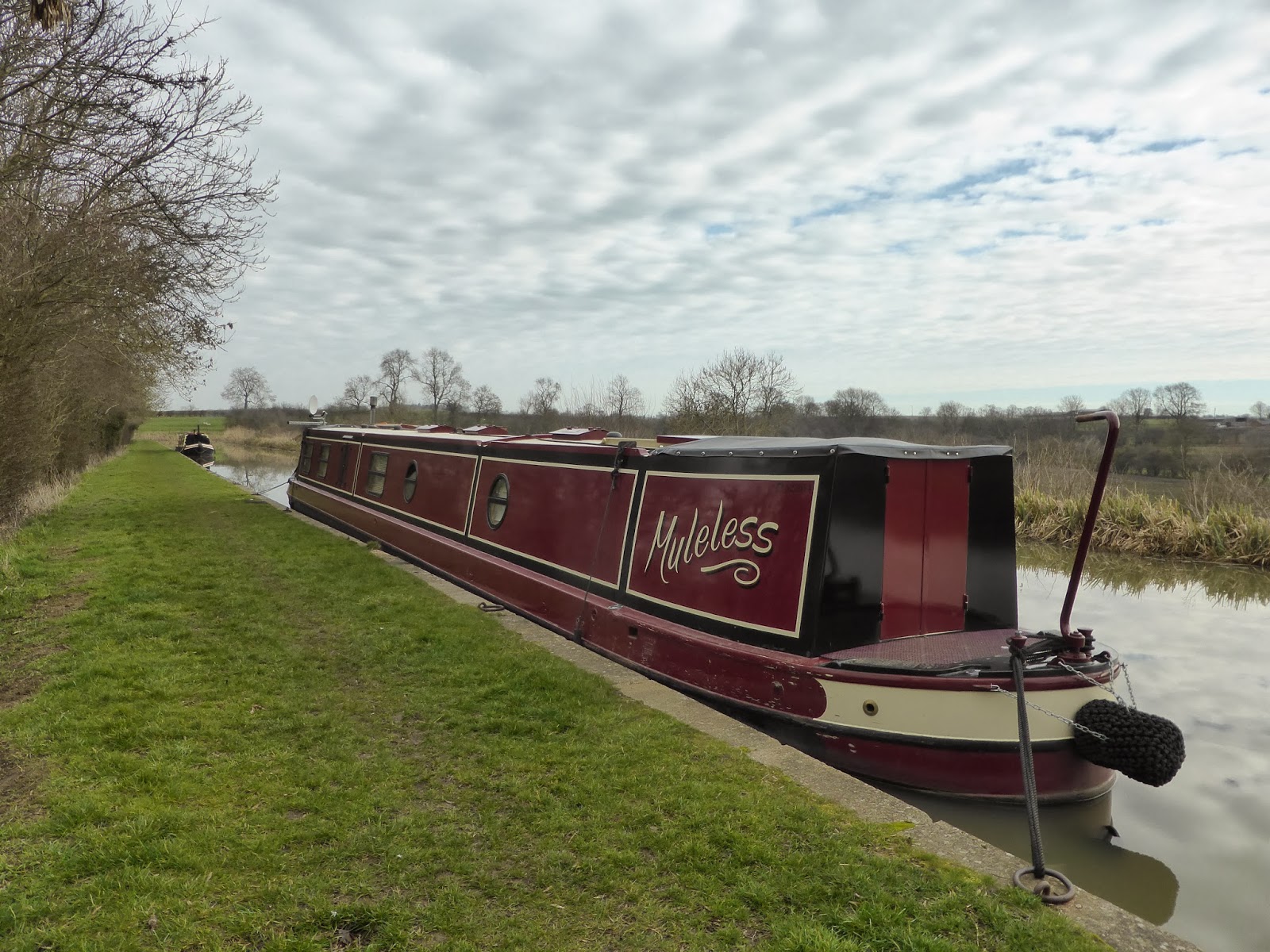 As I set off I found that we had a neighbour, NB Muleless, but Gary and Delia were not about and by the time I had returned they had decamped. 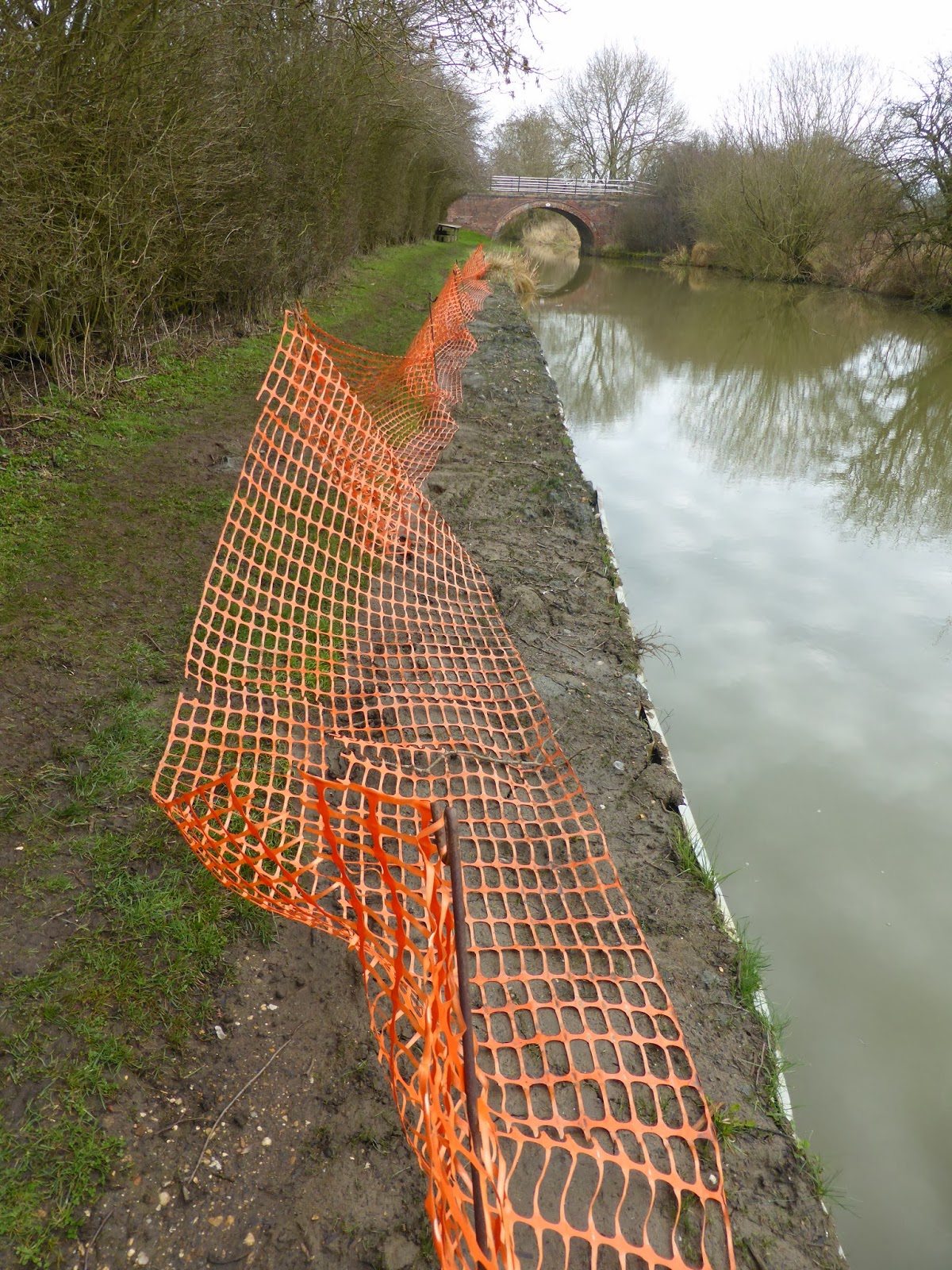 We passed lots of short stretches where C&RT have back filled the tow path with dredging - still plenty to do though so keep up the good work C&RT. 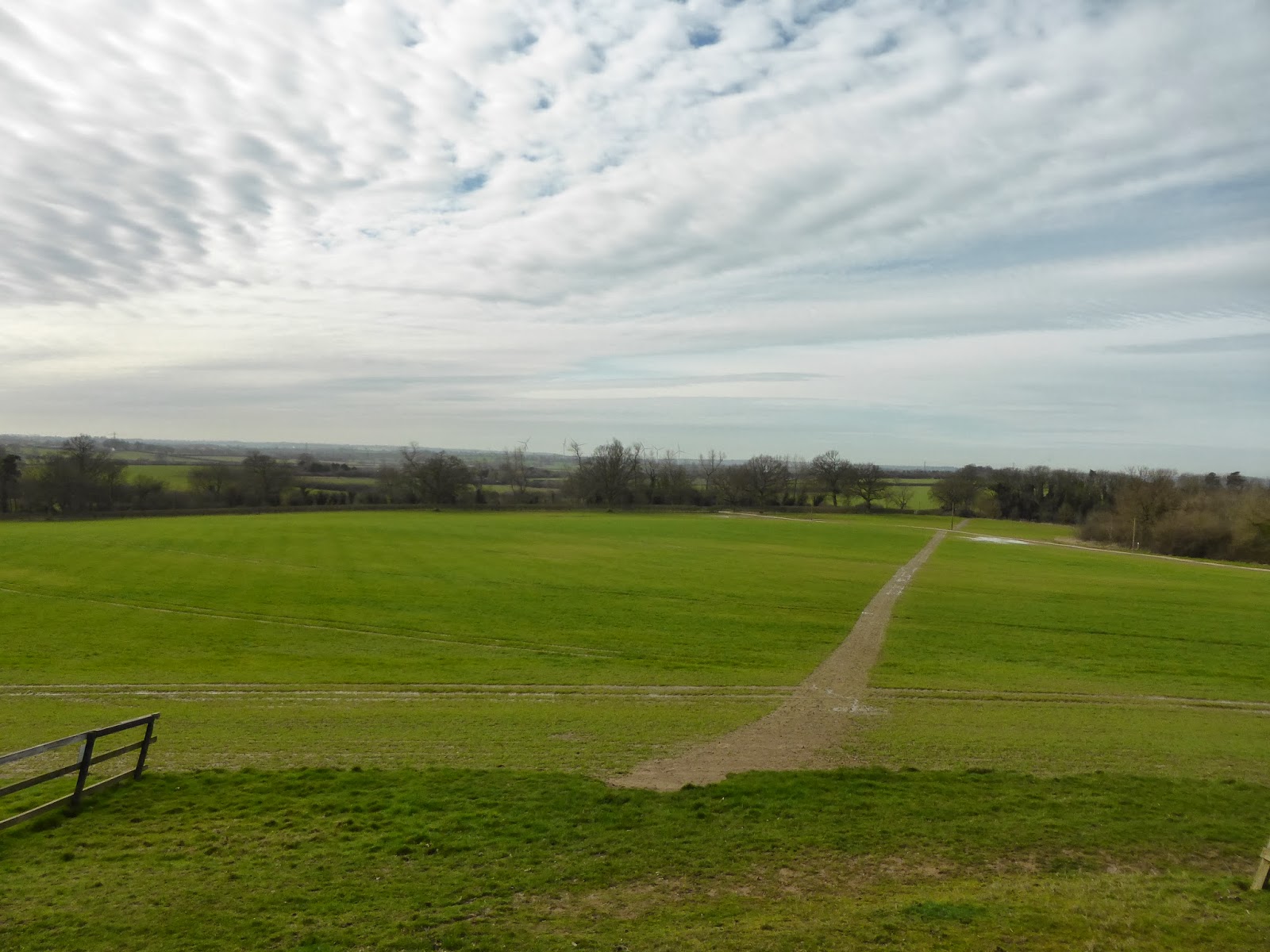 Looking back towards the canal having crossed these wheat fields to get to the wooded crest of the Hemploe Hills. 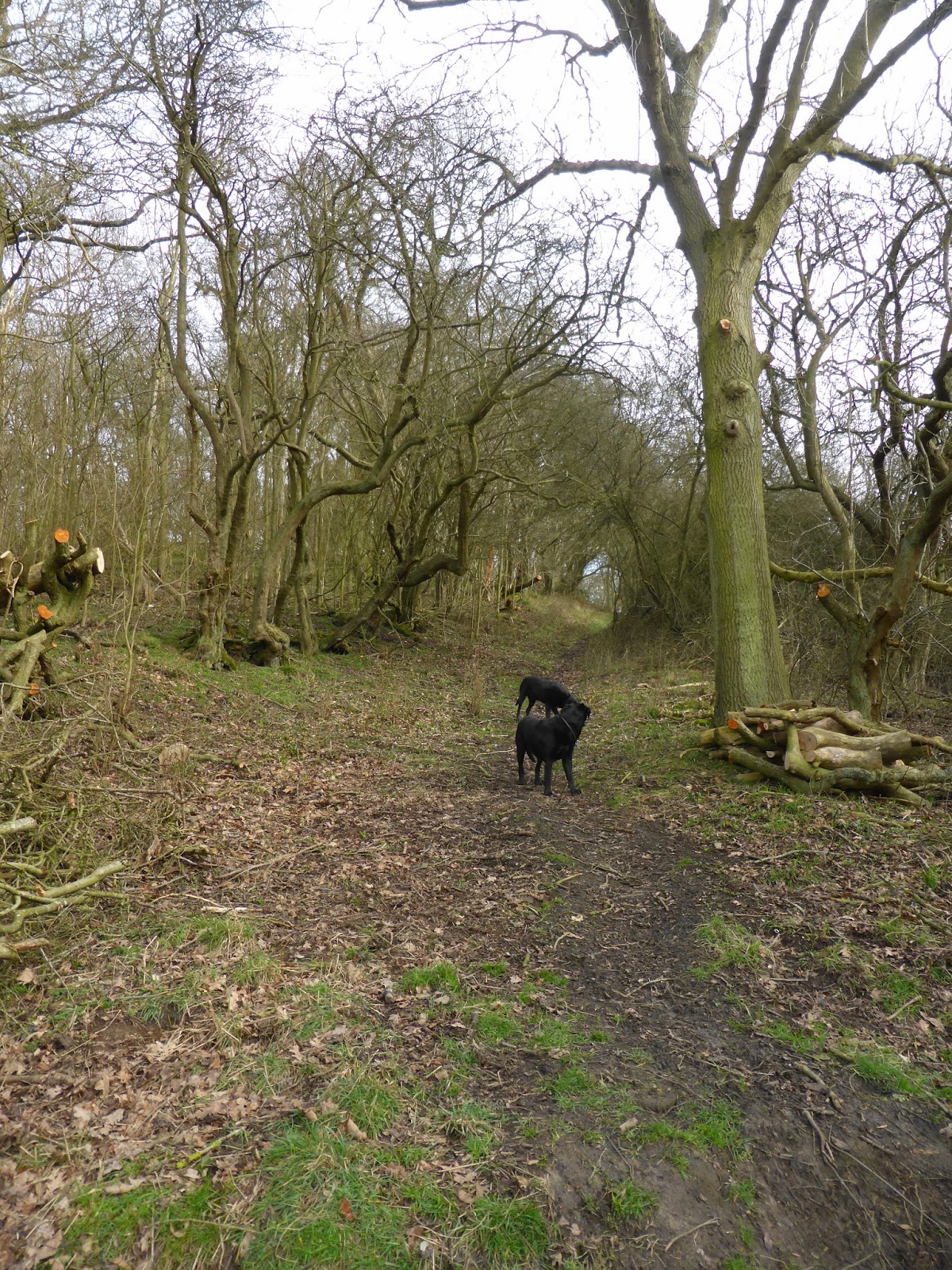 The photo doesn't show just how steep this path is as we head up through the woods on to the summit.
My afternoon was spent washing down Yarwood; well one side, bow and stern.  The other side will have to be done after Crick when the towpath changes sides.
﻿
﻿
Posted by Nb Yarwood at 17:03