Settled for the weekend but where's the gripe water?

Last evening Joe and I eat in the restaurant of The Greyhound, leaving the dogs slobbing in their respective beds. We had called in to the pub after we had moored up at Sutton Stop thinking that a late lunch would suffice for our main meal for the day but we were there at 4pm and no food would be served until 5pm so we settled for a pint and booked a table for later.  I had pan cooked chicken breast in leek and Stilton sauce which was very pleasant, Joe opted for chicken fajitas and ended up with enough to feed a platoon! Fed and watered wined we ambled back to Yarwood and had an early night. 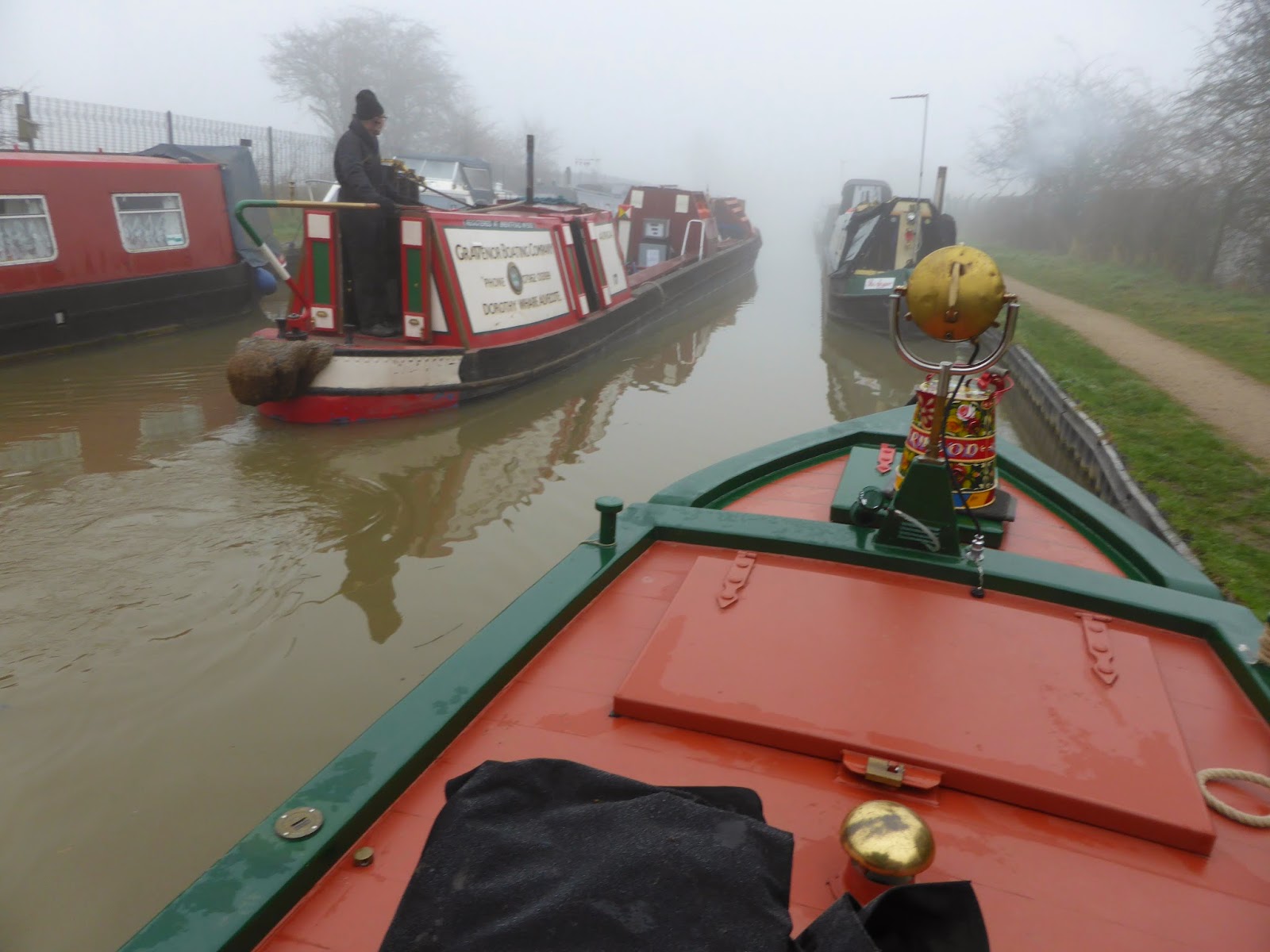 Come this morning there was the more thick spring mist that greeted us but as it is 'fast day' there was no lingering over breakfast. We prepared to leave and followed Rick on working boat Nb. Auriga out on to the cut.   There were three Narras cutting through the fog in 'convoy' this morning. 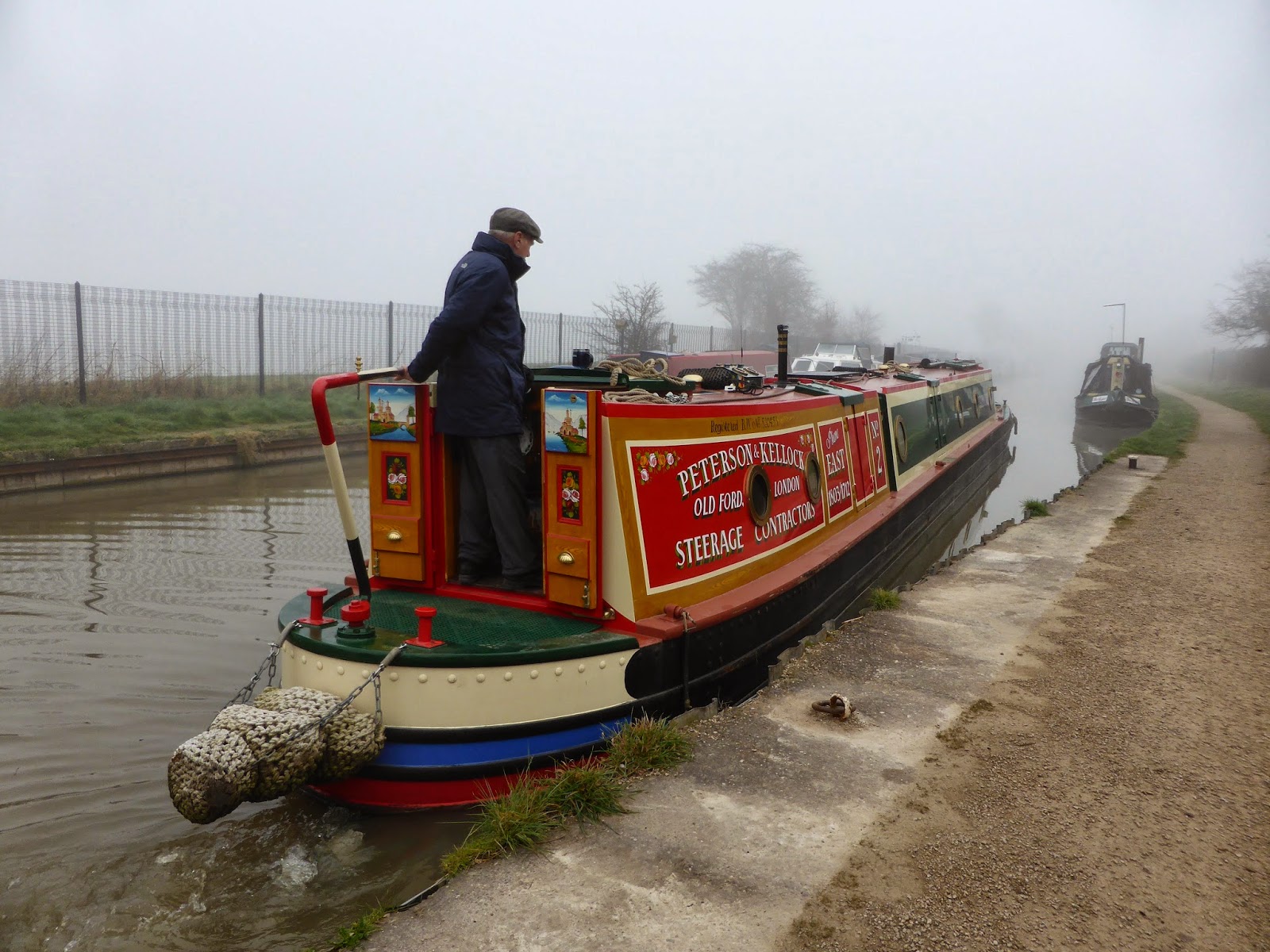 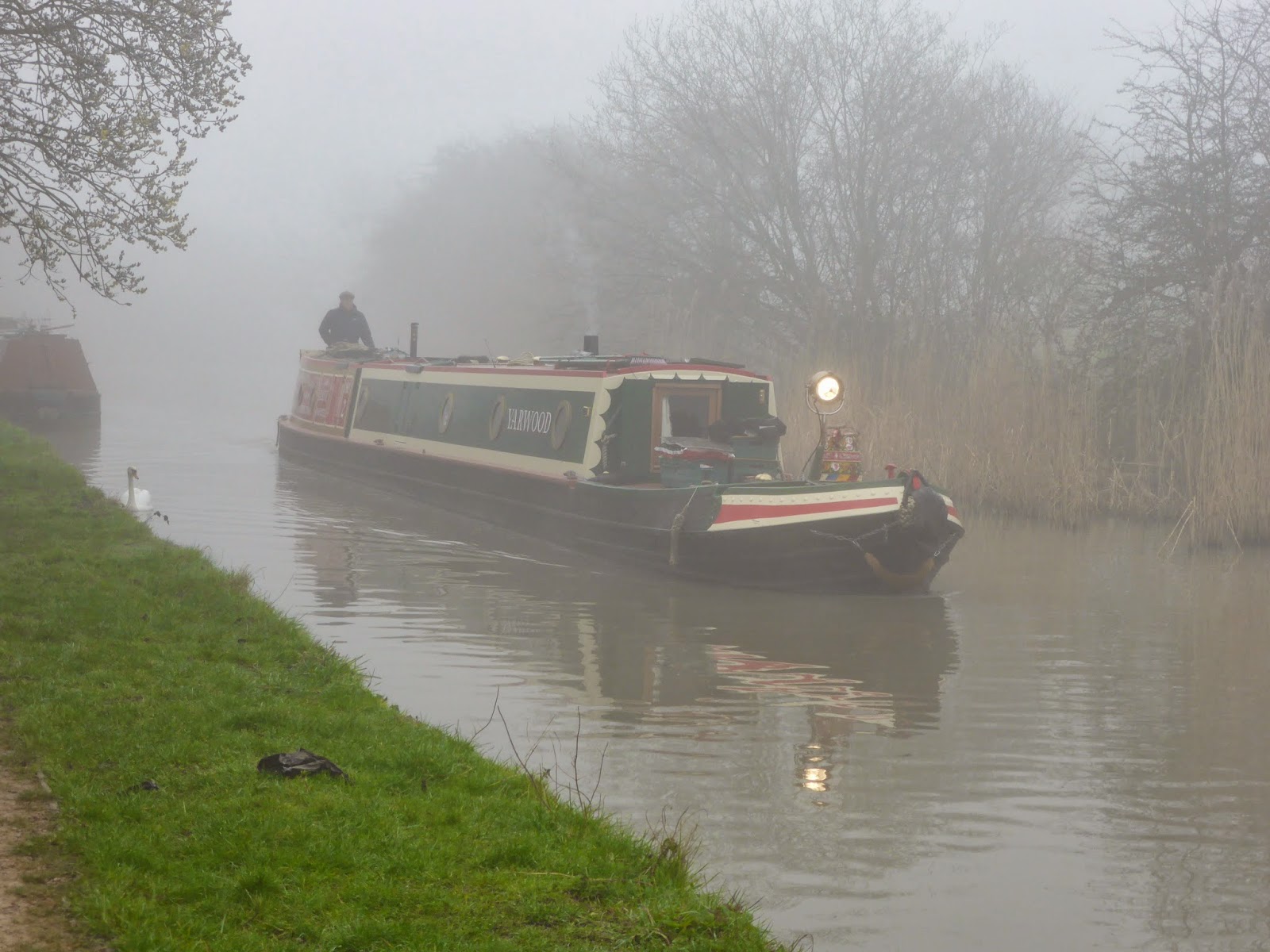 Yarwood playing tail-end Charlie following the blat, blat of Nb. Auriga's exhaust through the fog
I was soon ahead of all three boats with the dogs and made myself useful by signalling Rick (Nb Auriga) that bridge holes and bends were clear. 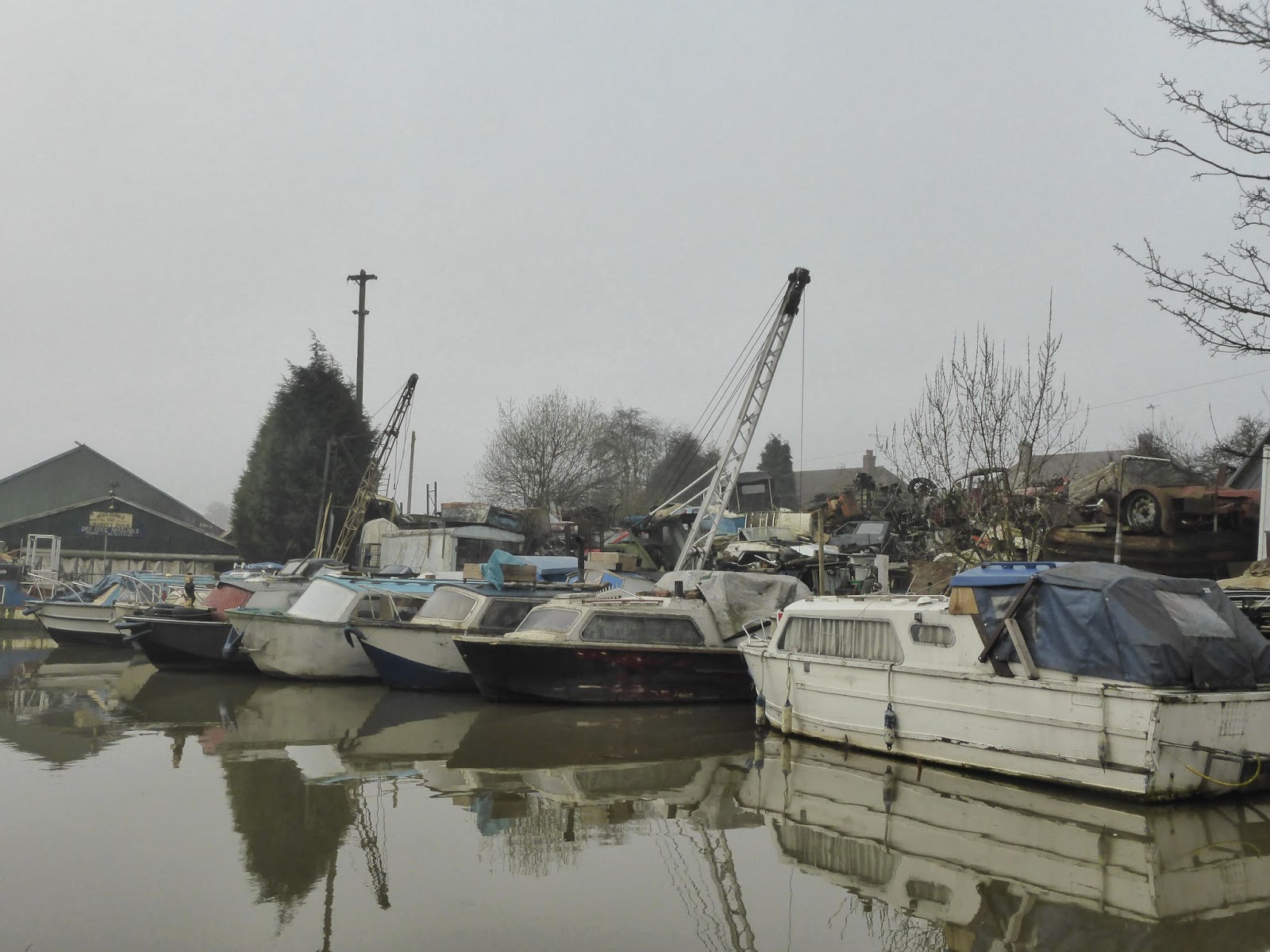 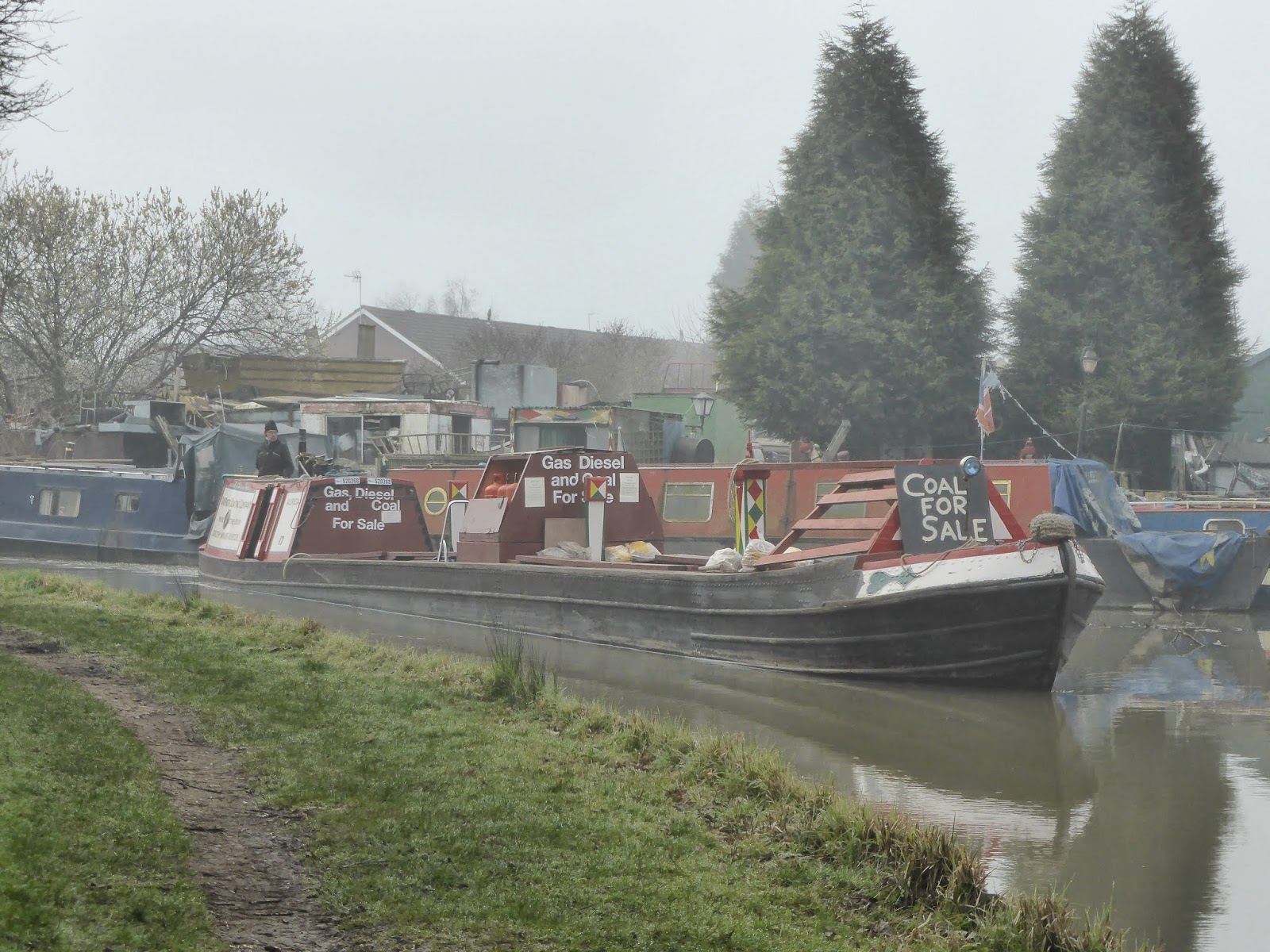 Nb. Auriga passing Charity Dock.
I know lots of boaters photograph this 'business' and are bemused by the array of mannequins and general tat here but I cannot get engaged by it.  The site gives every appearance of being a rat infested mess presumably operated by someone who not quite 'well' in the head.  I would prefer  to see it cleared and operated as a real dock rather than a boat graveyard.  Well that should offend the Owners, mental health charities and mannequin fans I suppose.  Sorry. 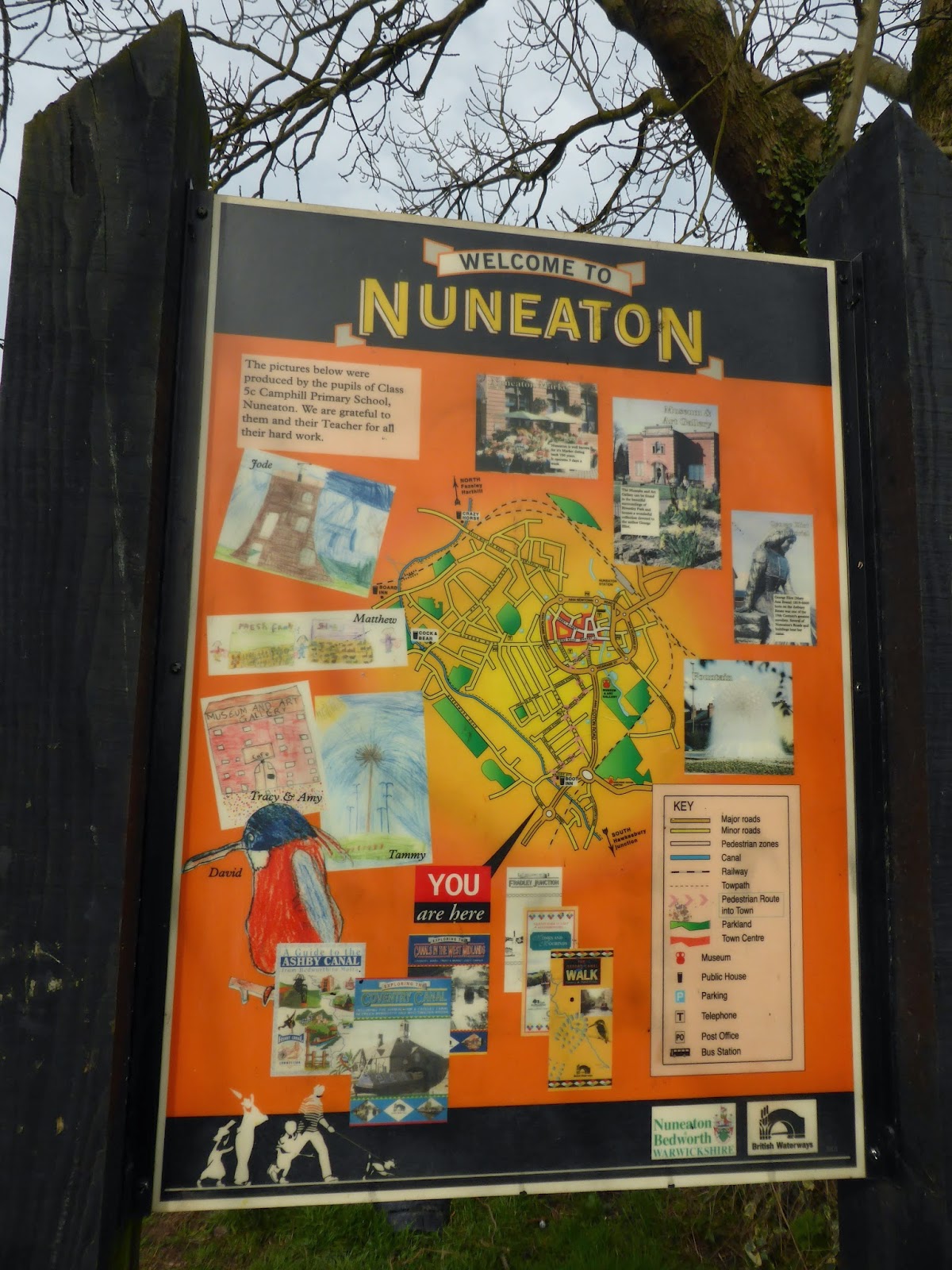 Only two boats moored in Nuneaton despite this encouraging sign. It might be that boaters are put off by the piles of dog excrement shit along the whole length, discarded beer/cider/coke cans and LITTER!  The City Fathers seem to have no interest or appreciation what an asset a waterway through the town could be.  Pleasant moorings encourage boats to stop and spend money in restaurants, shops and pubs. Colourful boats attract tourists who also spend money in restaurants, shops and pubs. Still until someone with some imagination grasps that concept we will continue to pass through the town the same as almost every other boat does. 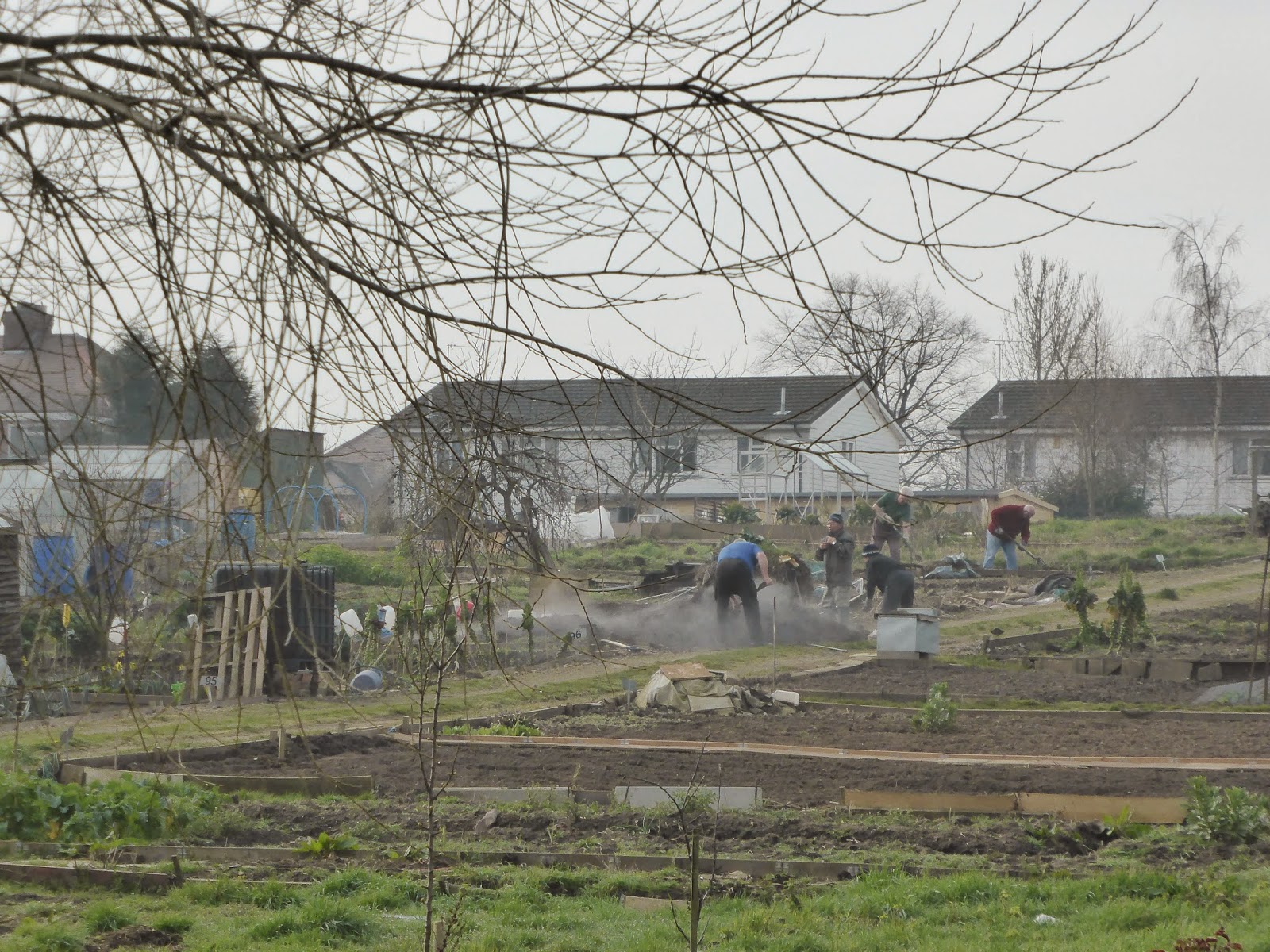 The sunshine had brought out the Nuneaton allotment holders...Lovely allotments well tended and productive. 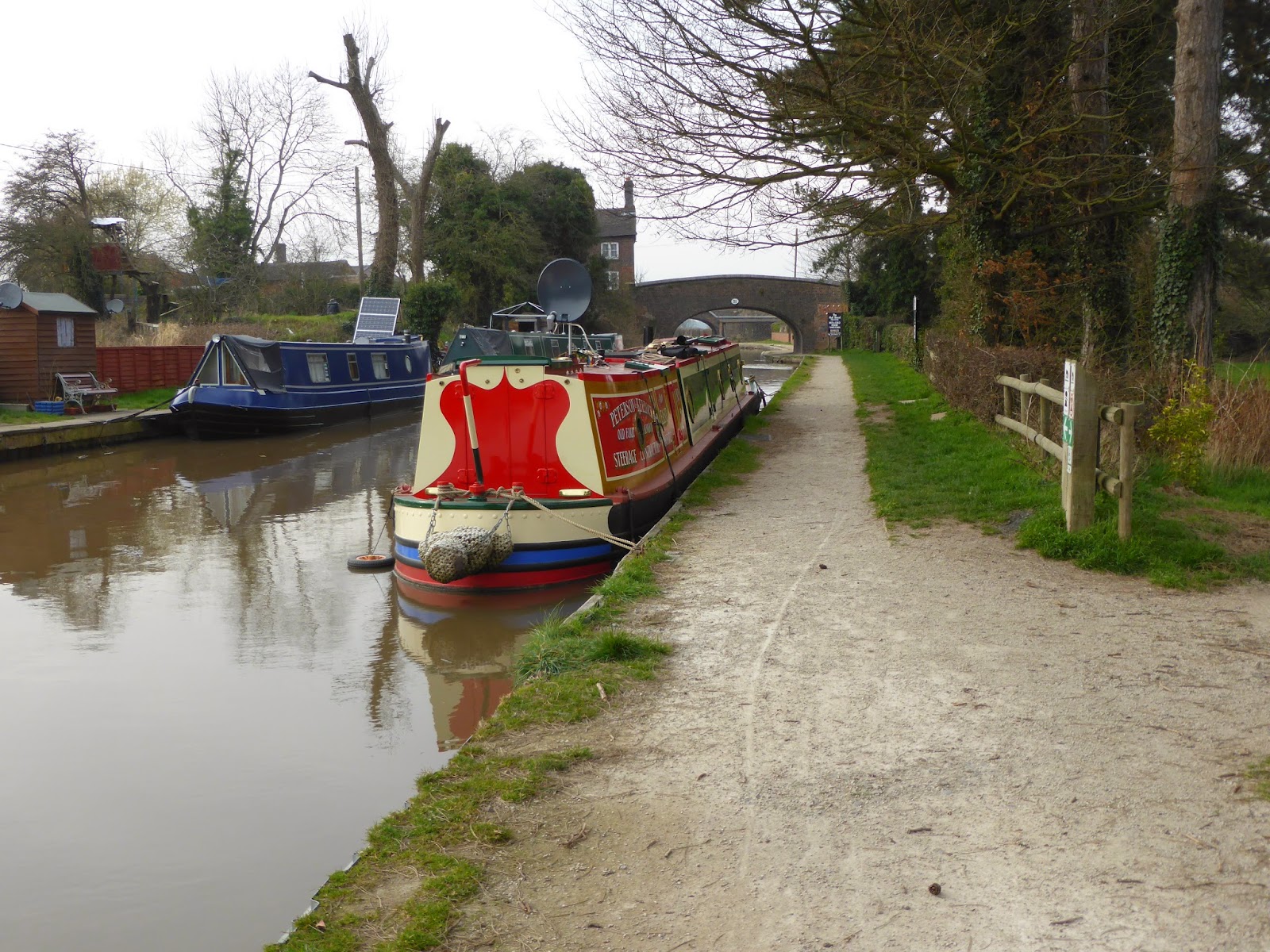 Settled for the weekend
By the time I had walked to Harts Hill I was looking for a suitable mooring that would allow a decent TV signal, this coming weekend is the start of the Formula One Grand Prix season and we looking forward to seeing how the new regulations affect the competition.  And what did I find but 7 day visitor moorings just asking to be occupied.
Posted by Nb Yarwood at 18:02